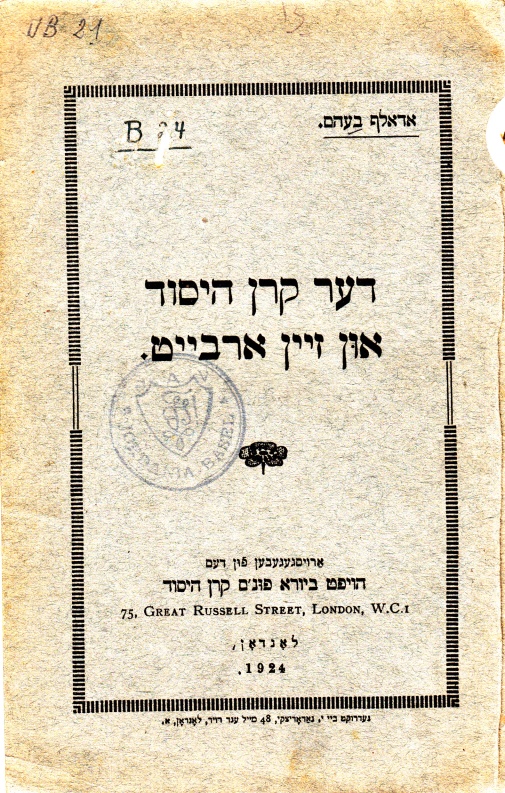 This book was published by the Jewish Agency in 1924, in Yiddish.  The Keren Hayesod, or Palestine Foundation Fund had been founded on December 24th, 1920, after discussions at the World Zionist Conference in London earlier in July of that year.

This is an early description of fundraising and what the money was being used to fund, published, interestingly, in Yiddish, when the Jewish Agency was based at 75 Great Russell Street in London.

It was printed in Whitechapel by Israel Narodiczky.  The author was Adolf Boehm, a historian and Zionist leader, who was born at Teplitz in Bohemia in 1873.  He was a Board Member of the Zionist General Council and the Jewish National Fund, and published a major history of the Zionist Movement, written in German, up to the 1920s.  He was murdered by the Hartheim Euthenasia Centre in 1941.

I’ve scanned a few sample pages and a graph showing the growth in income from the foundation, but what is really interesting is the international list of addresses of committees and offices of the Keren Hayesod at the end of the book.  The geography of the Jewish world has changed drastically since 1924. 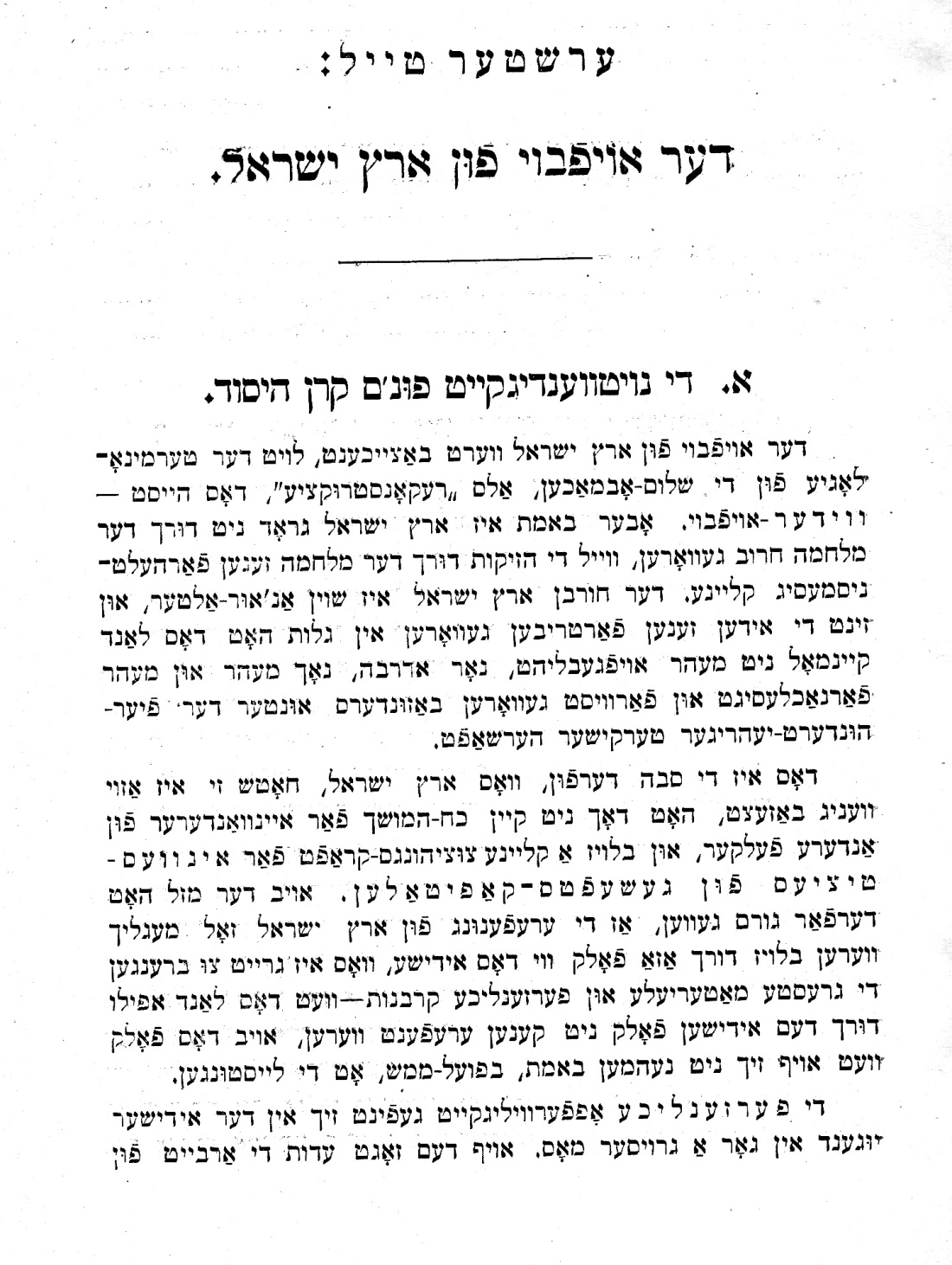 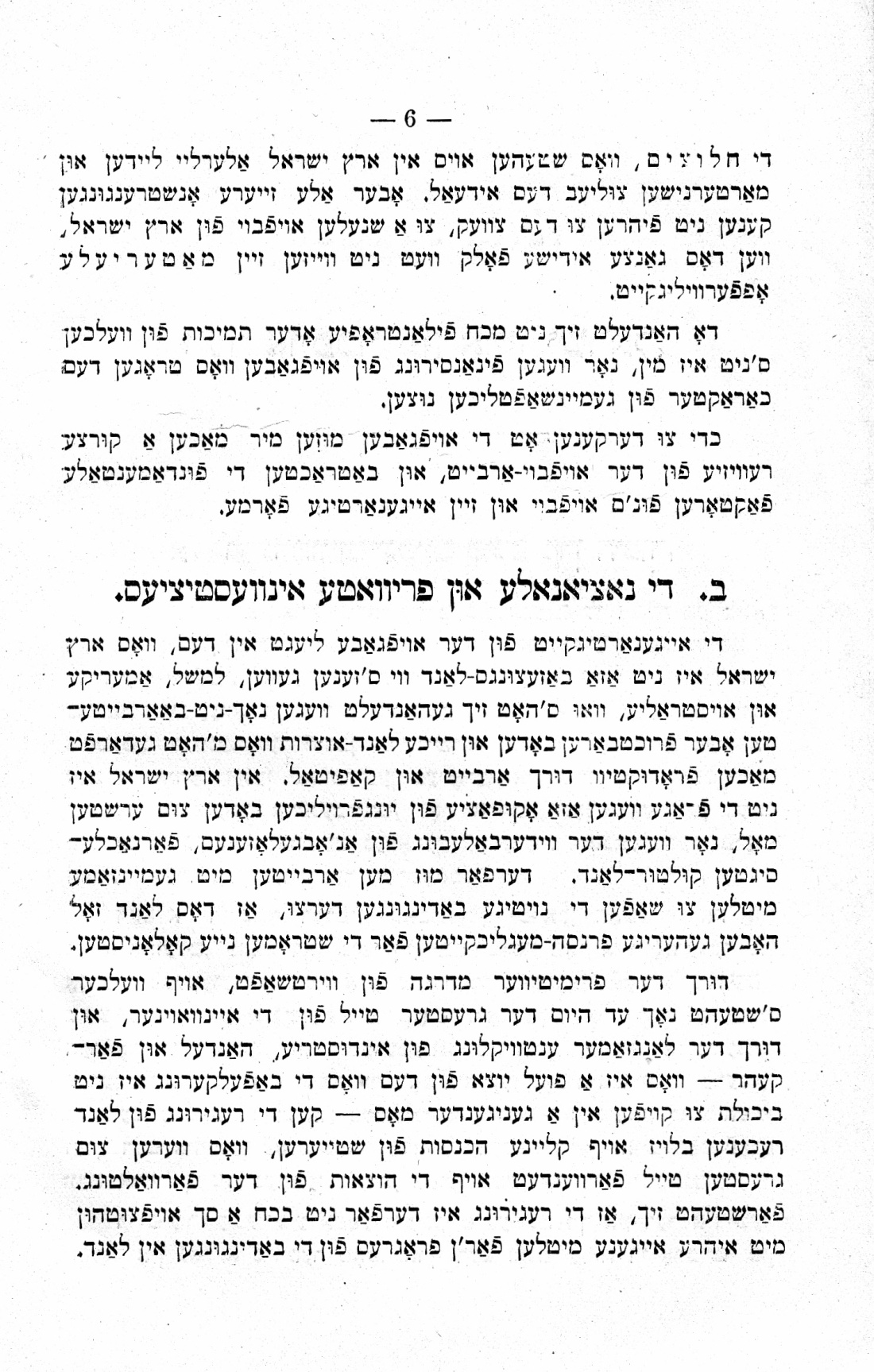 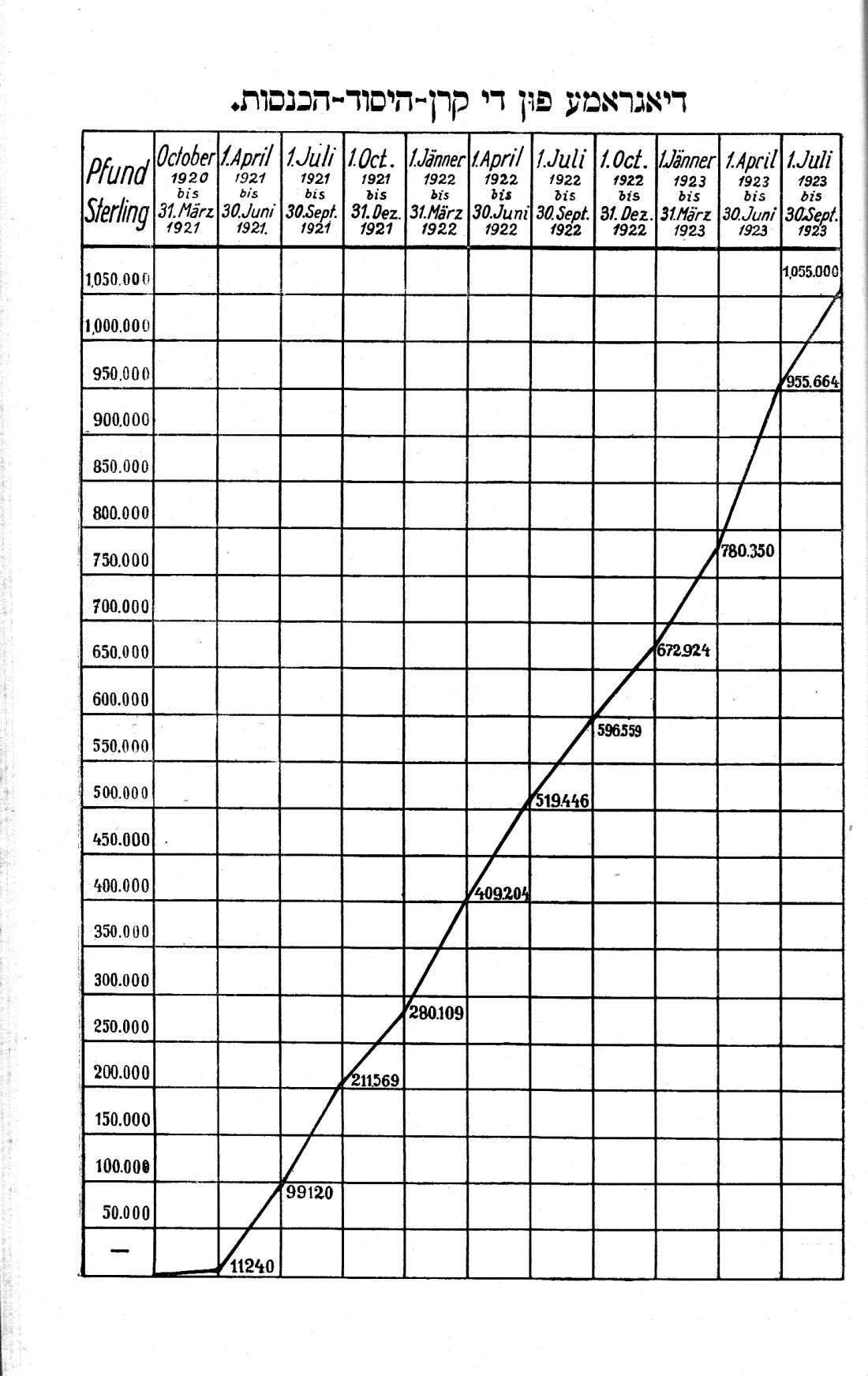 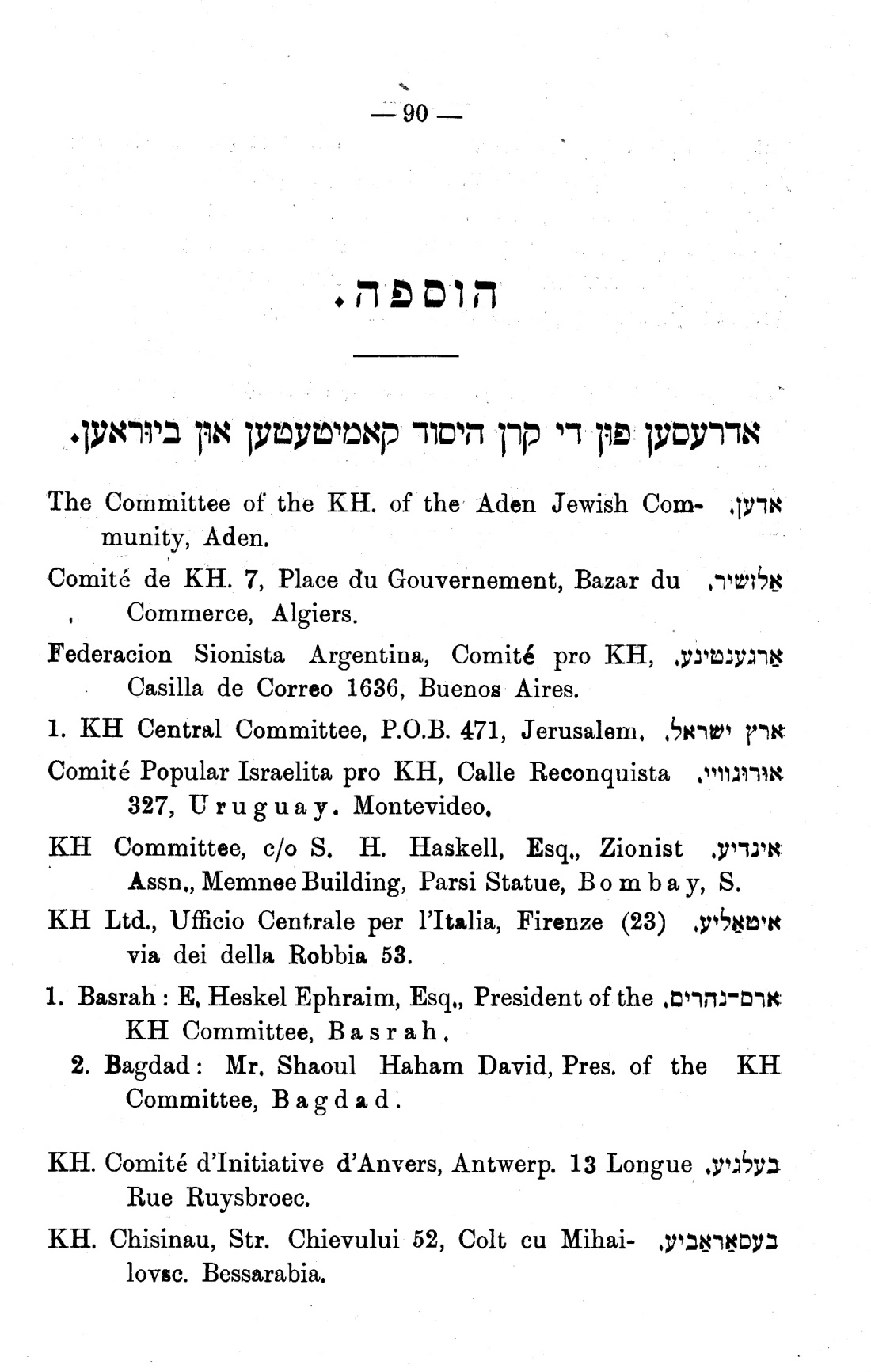 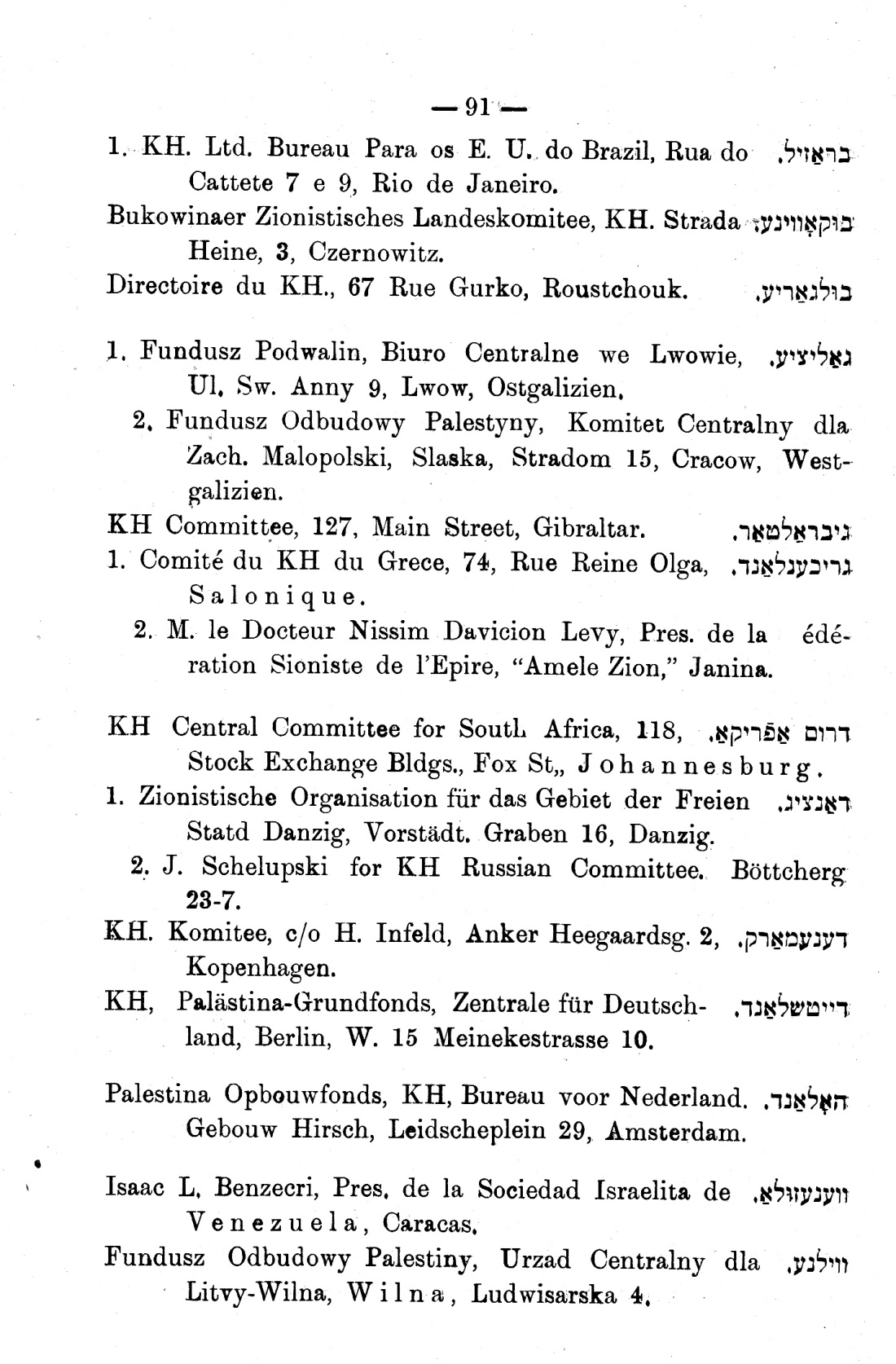 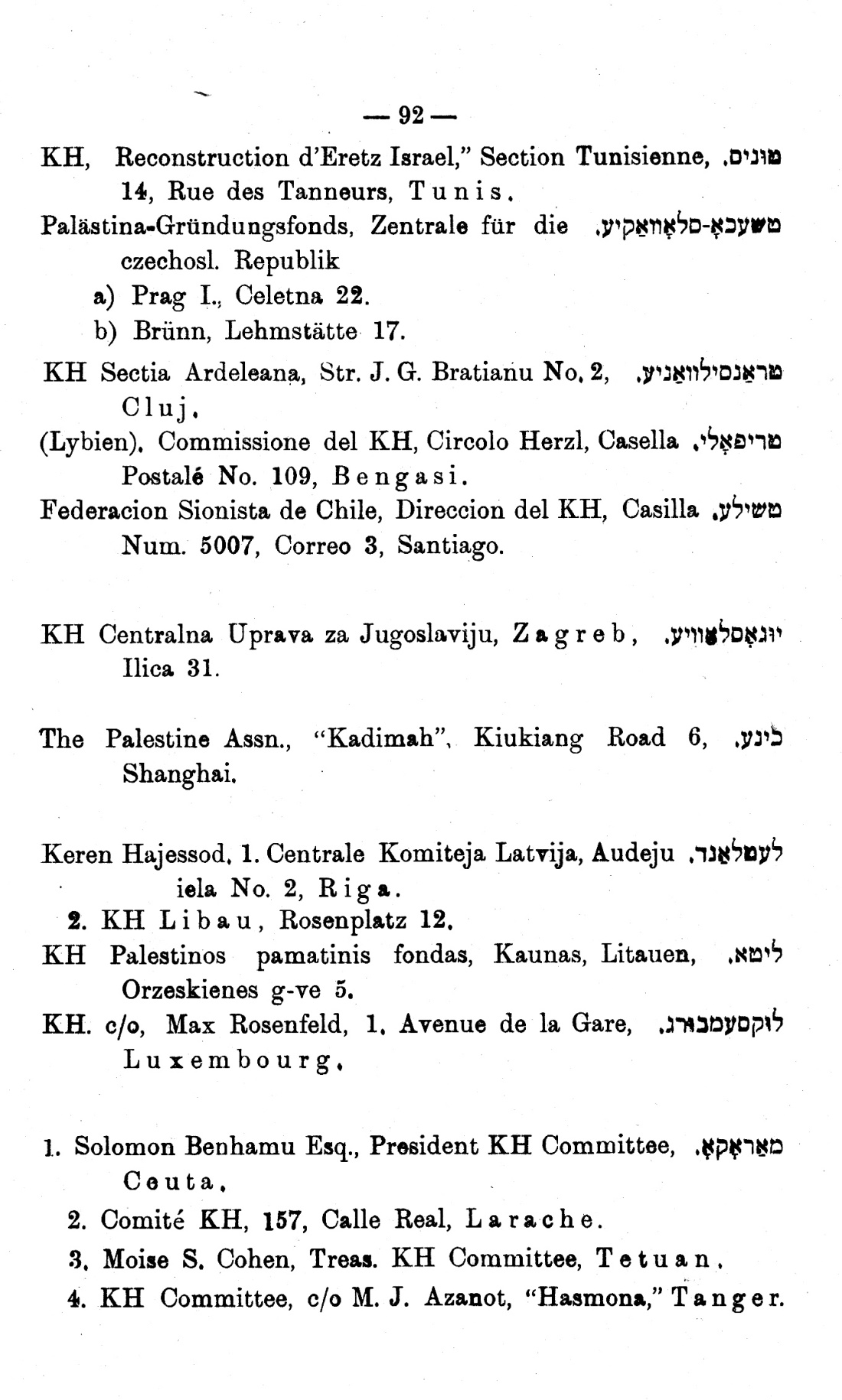 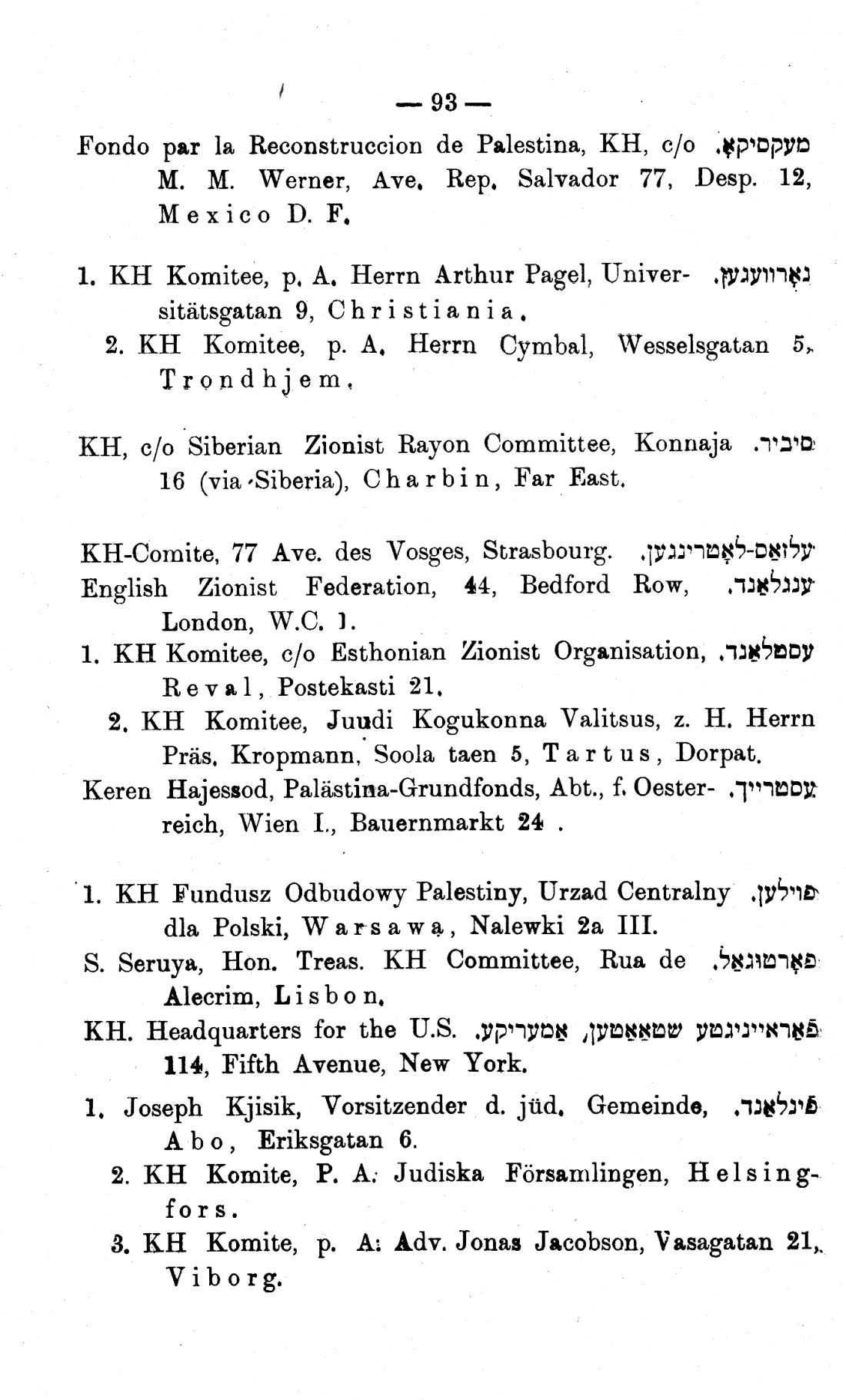 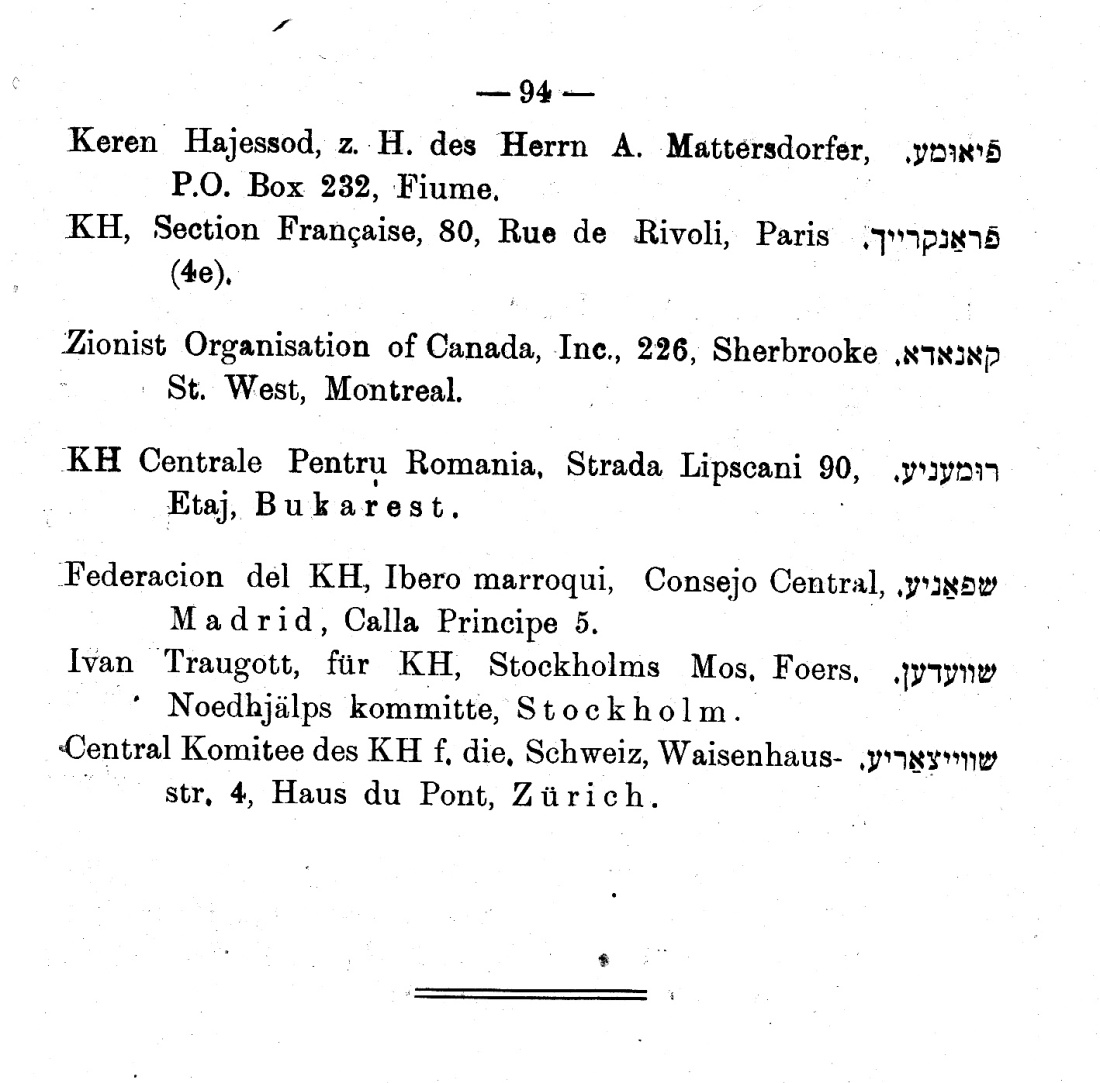