This little booklet was published in February 1939.  It is a clear and straight-forward presentation of facts that was printed on paper that is starting to deteriorate.  I have scanned it all to preserve it.

From page 13…..  “At a given hour, two o’clock in the morning, storm-troop squads in every German town began to destroy all Jewish shops and to burn down practically every Jewish synagogue.  Hardly a single shop and only very few synagogues escaped this work of destruction. In many towns those particular streets that had a number of Jewish shops looked next morning like a battlefield.  In the smaller towns storm troopers entered Jewish homes and systematically destroyed every piece of furniture. Looting occurred in many places.  After these squads had done their job thoroughly the secret police began to arrest many thousands of Jews. in some towns every male was arrested, in others only the very old were spared.  in others again  the arrests were confined to all the heads of

the Jewish community and everyone who could possibly take their place.  Jewish relief organizations everywhere were closed down. Jewish hospitals were left without doctors, although doctors were needed more than ever to tend those who had been seriously wounded during the outrages.” Here is the whole booket: 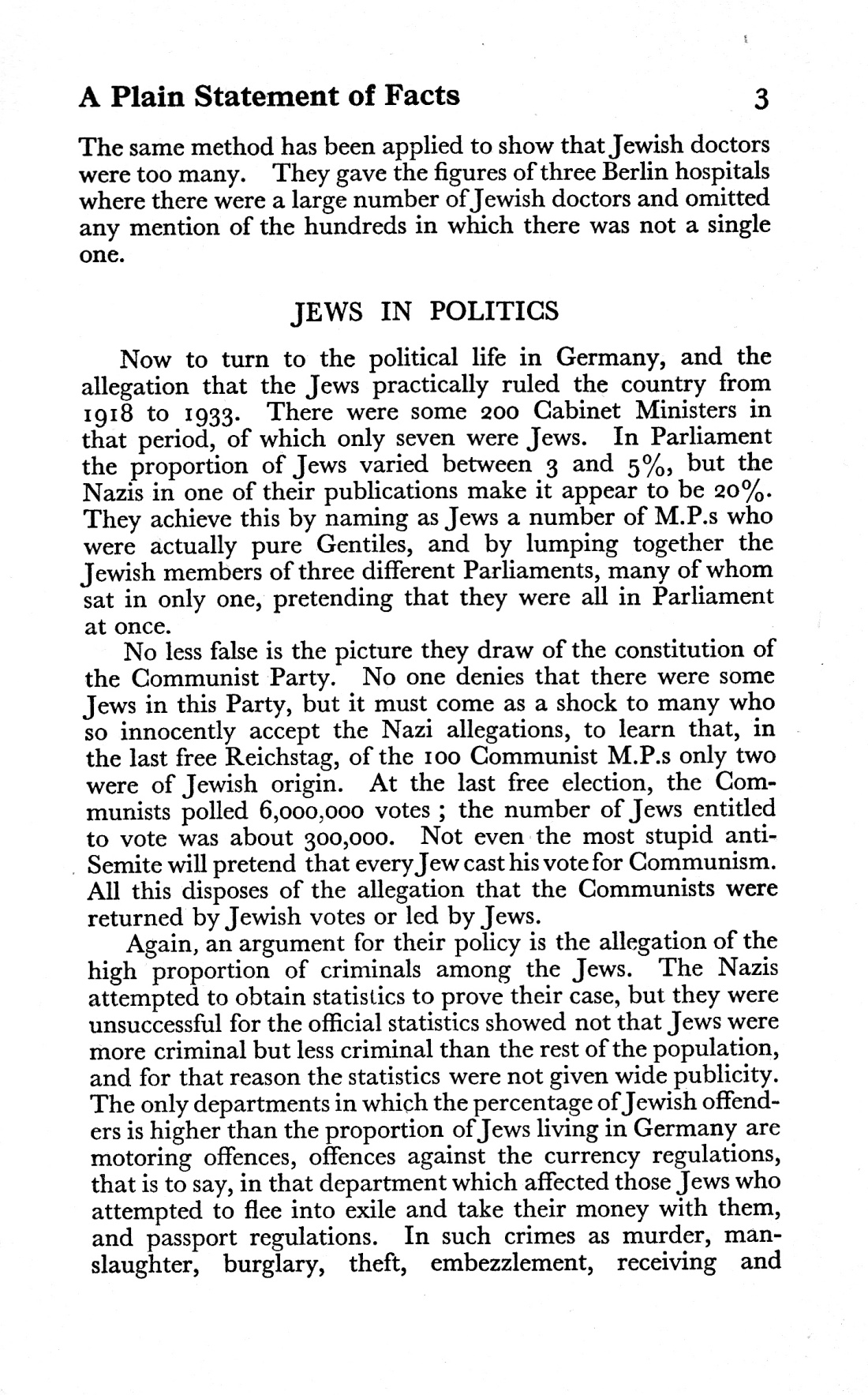 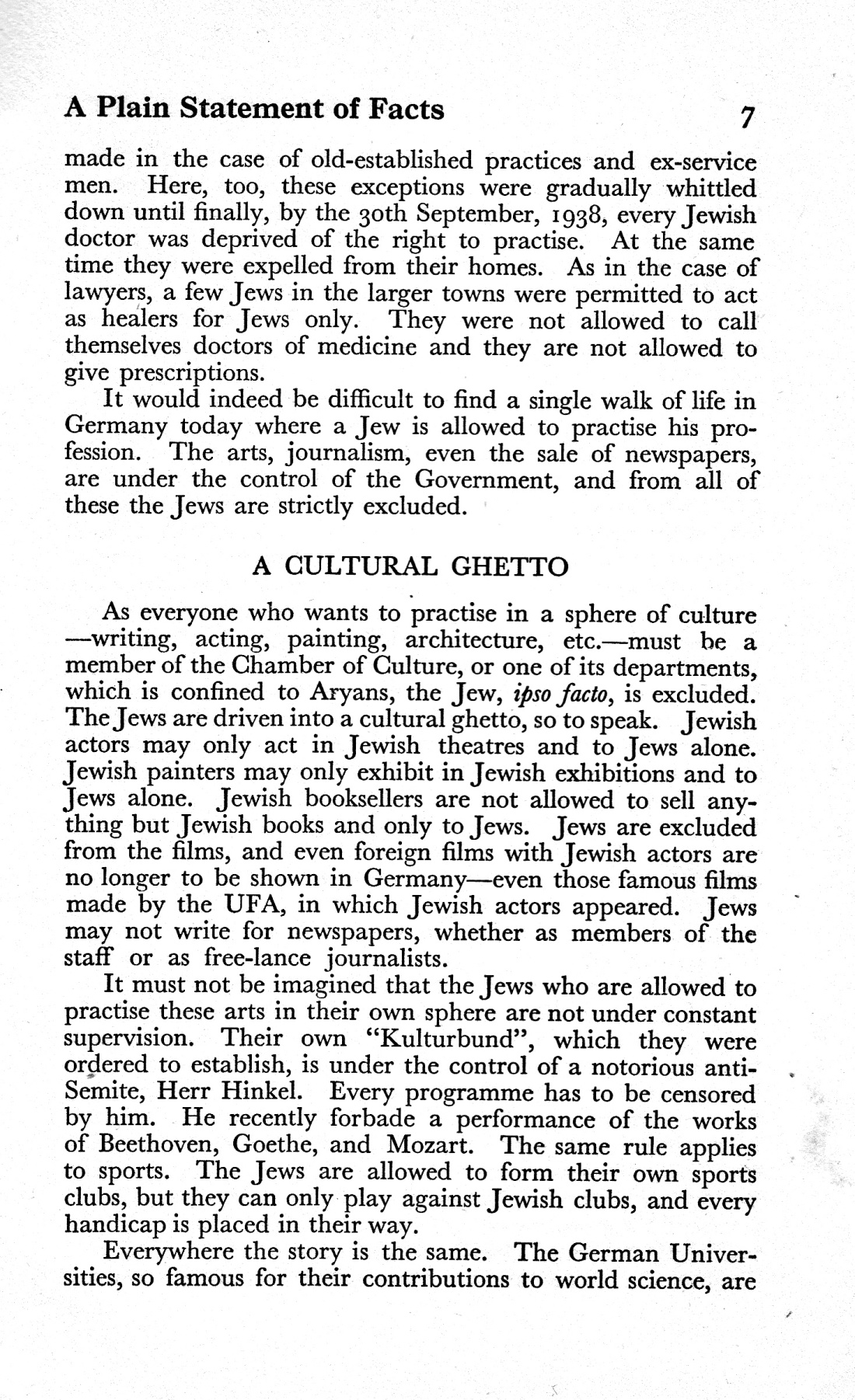 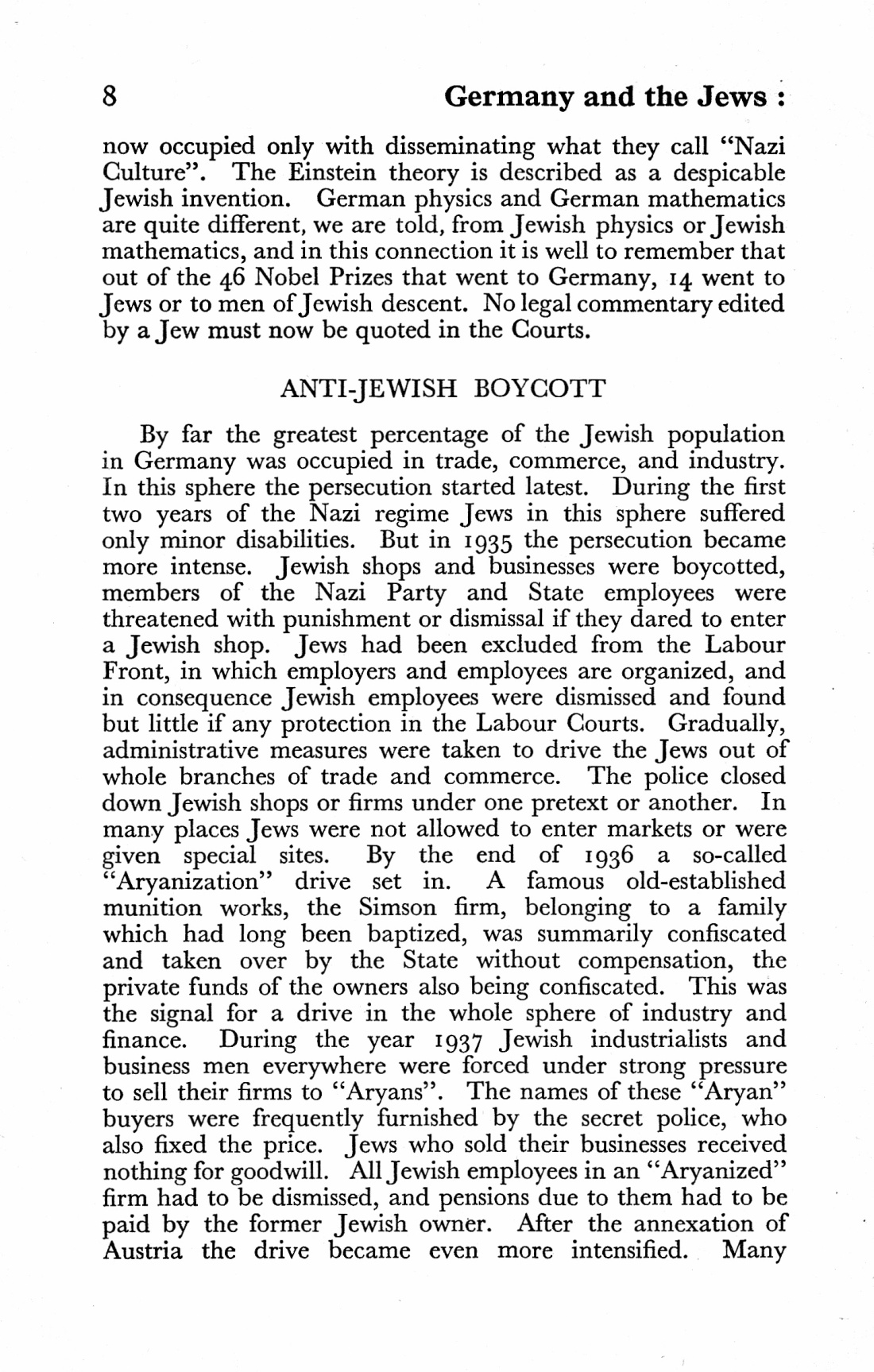 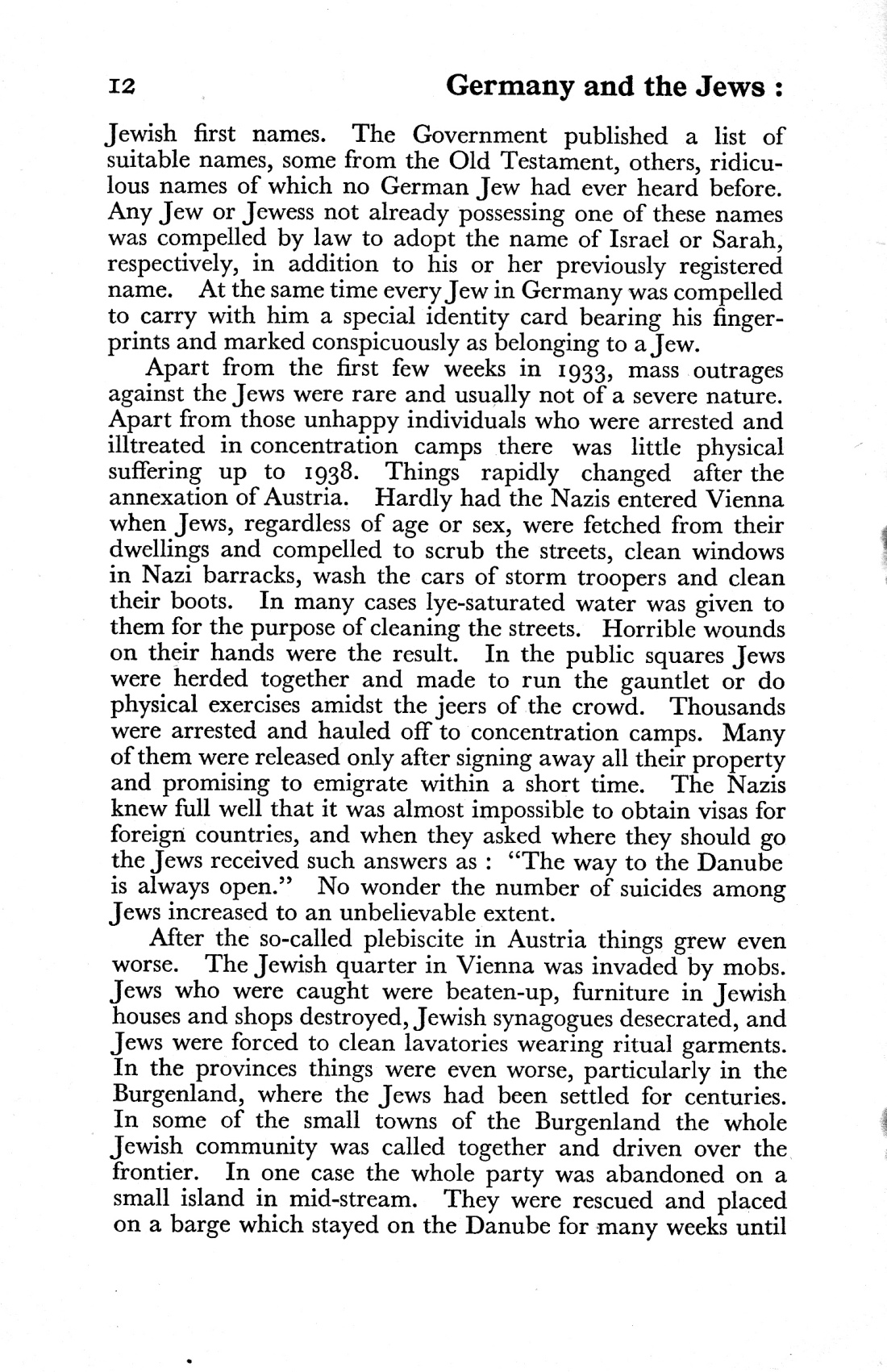 3 thoughts on “Germany and the Jews, The Board of Deputies of British Jews, London 1939. (published after the Kristallnacht pogroms, November 9th/10th 1938.)”