The Yiddish writer and poet, Moysheh Oyved’s real name was Edward Good.  He had a fine jewellery and antiques shop near the British Museum.  You can read more about his life and see some of his writing in Yiddish here. 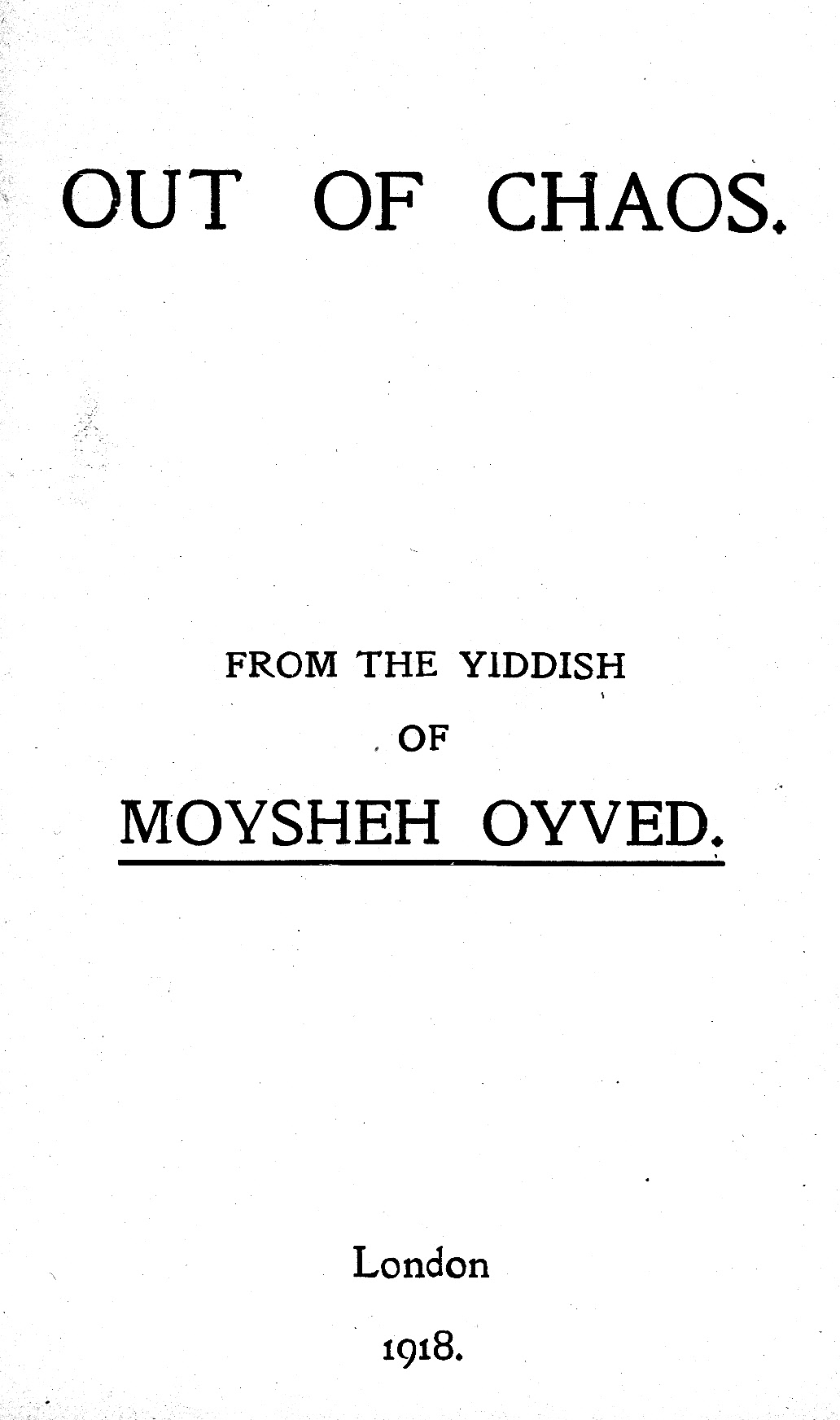 This little book was his first published work. It was originally printed in Yiddish by Israel Narodiczky in 1917, entitled “Aroys fun Kaos”.  The English version was published by The Minerva Publishing Company in 1918.

Moysheh Oyved writes in prose that is almost poetry.  This is literature of the period of First World War – the Great War as it was originally known.  Moysheh Oyved / Edward Good is a Jewish Russian exile, living in London, with a business

that is starting to be successful.  The book is written against the background of the chaos of war, when there is terrible disruption to the Jewish people and loss of life.

My copy is boldly signed by the author. 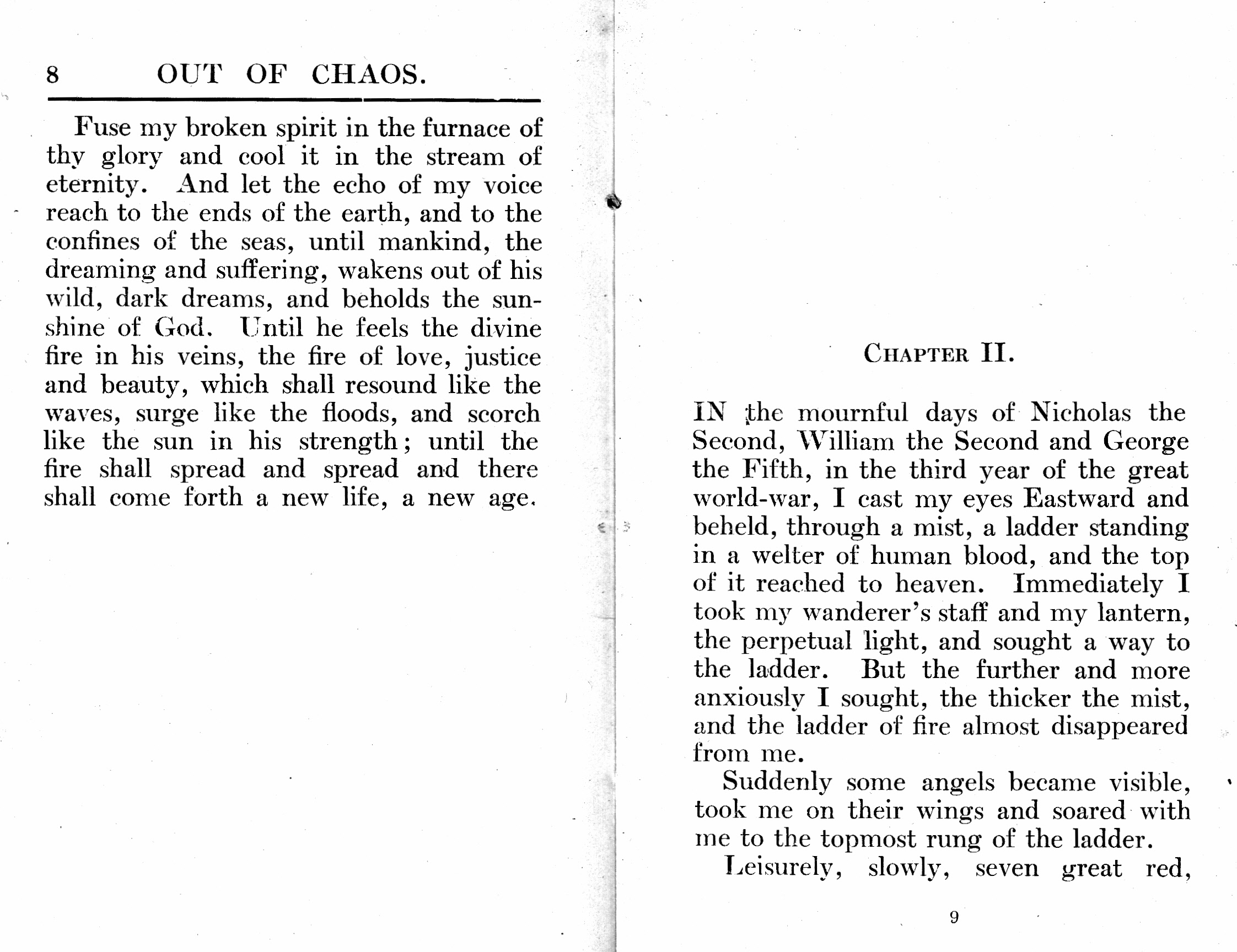 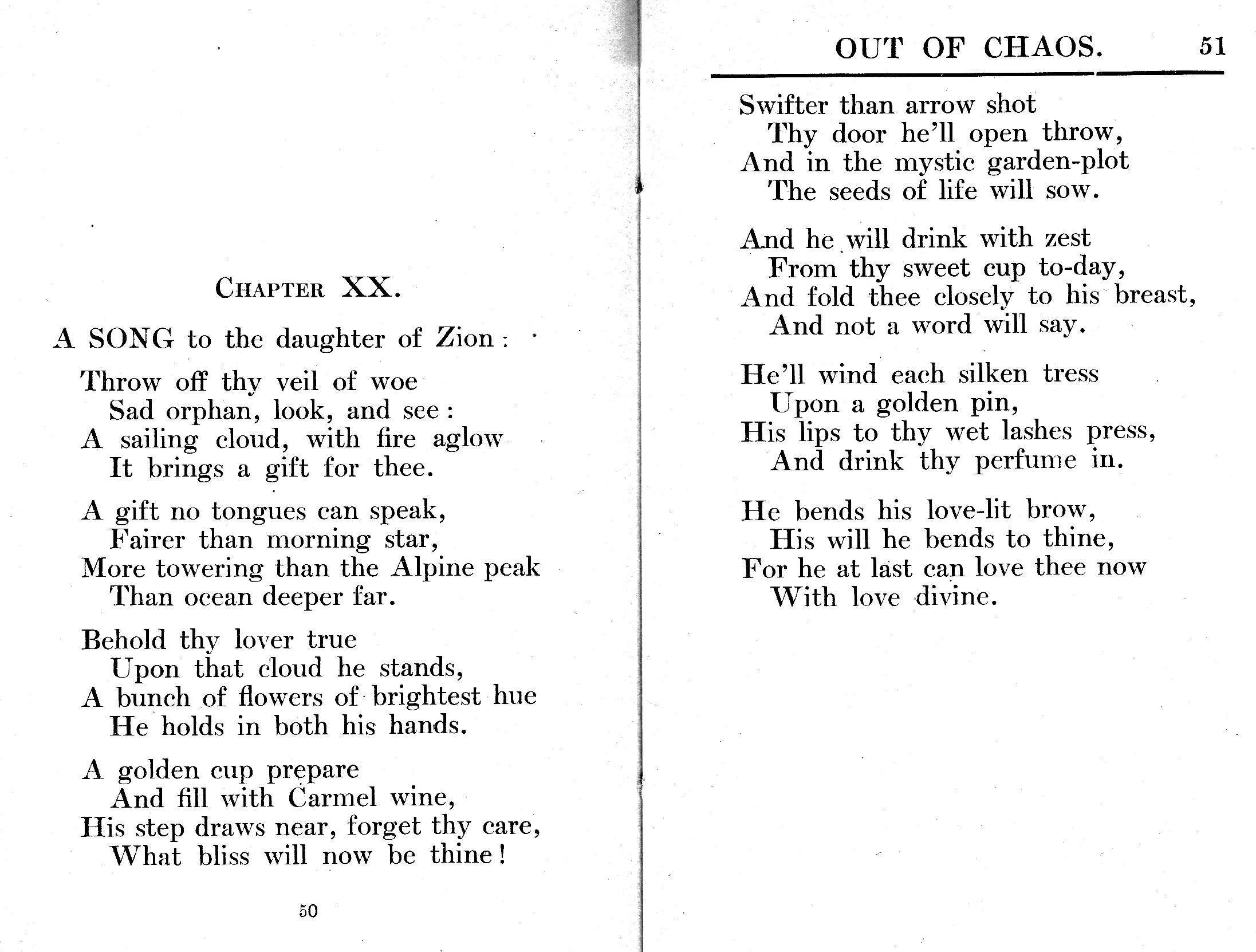 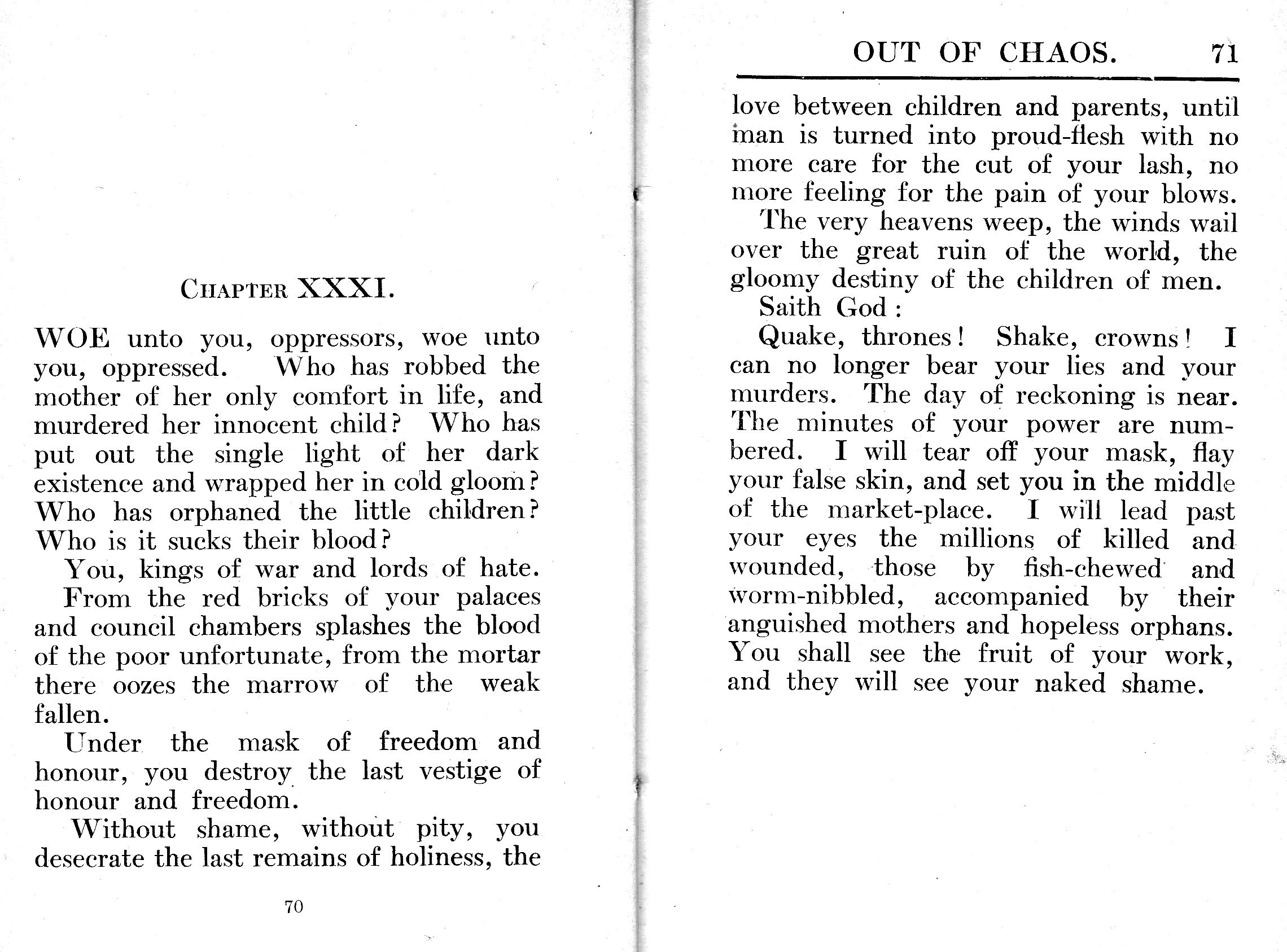