This was the first translation of the Selichos – the Penitential Prayers into English.  The translator was Dr. David Asher.  He was the son of the synagogue reader in Dresden, Germany, and his father died when he was five years old. He entered the Dresden Gymnasium, but his mother could not pay the fees, and so he was apprenticed to a carver and gilder.

A well-to-do relative in London sent for him and placed him as a boarder at Mr. Solomon’s school in Edmonton, where he learned English and became an assistant teacher. He subsequently taught at the Jewish Congregational School in Birmingham and in Manchester.  He was a scholar, especially in philosophy, Hebrew and modern languages.  David Asher became secretary to the Chief Rabbi, Dr. Nathan Adler and a tutor to his children, and was a contributor the the Jewish newspaper, The Voice of Jacob, in the 1840s.  He eventually returned to Germany, studied at the University of Berlin for his Doctorate in Philosophy, and then settled in Leipzig, where he died in 1890.  Dr. David Asher wrote an interesting introduction in English to the Selichos, which is reproduced below.

This book was published in 1866.  My copy was originally the personal copy of Arthur Ellis Franklin (1857-1938), and has his name on the inside front cover.  He was a merchant banker and philanthropist and a major supporter of the Home for Aged Jews in London.

The Home for Aged Jews was formed by combining some earlier charities.  These were The Hand in Hand Asylum for Decayed Tradesmen (founded 1840), the Widows Home Asylum (founded 1843) and the Jewish Workhouse (founded 1871).  These were combined in 1894, and my book apparently was donated to the Home, which has rubber-stamped it in various places. 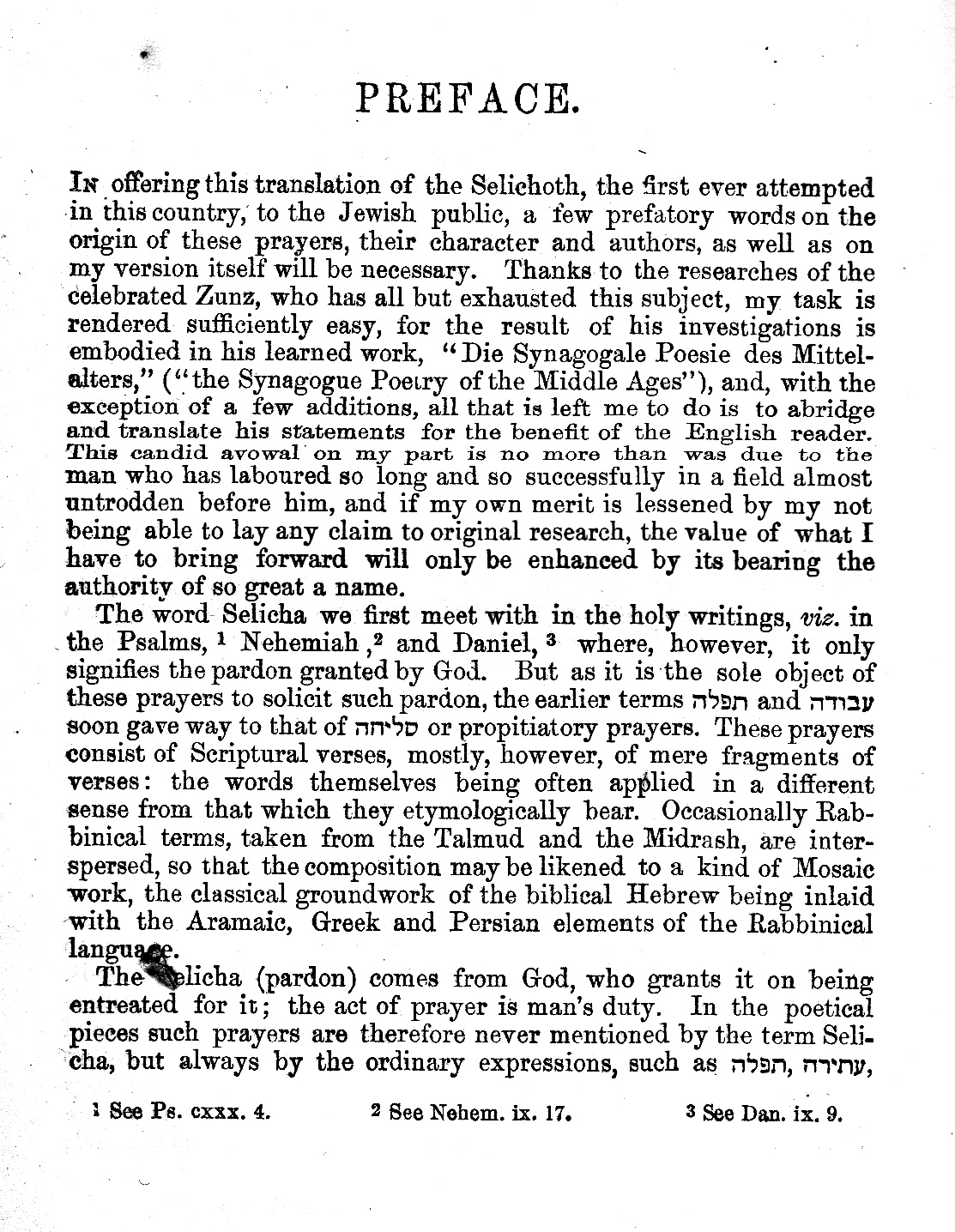 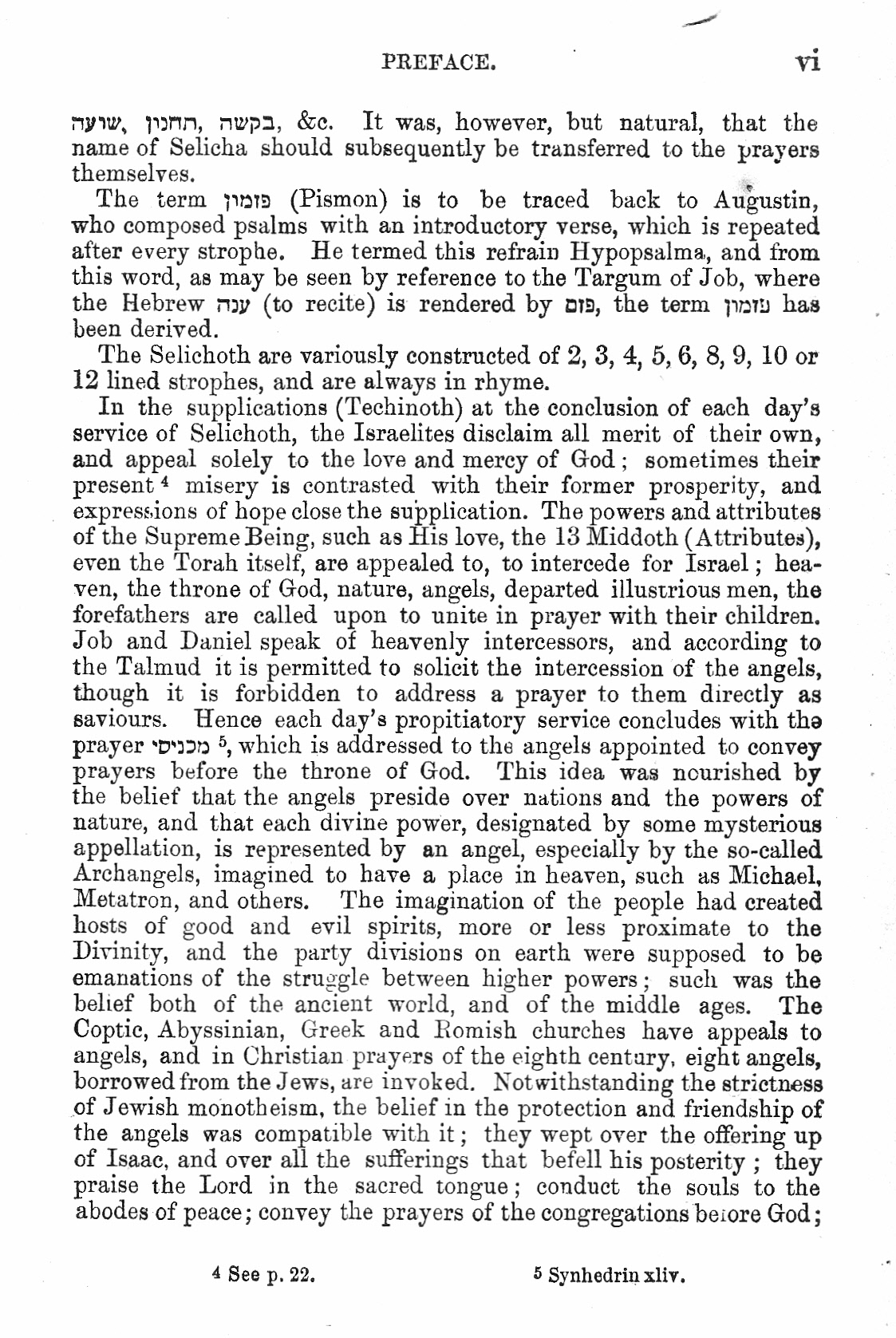 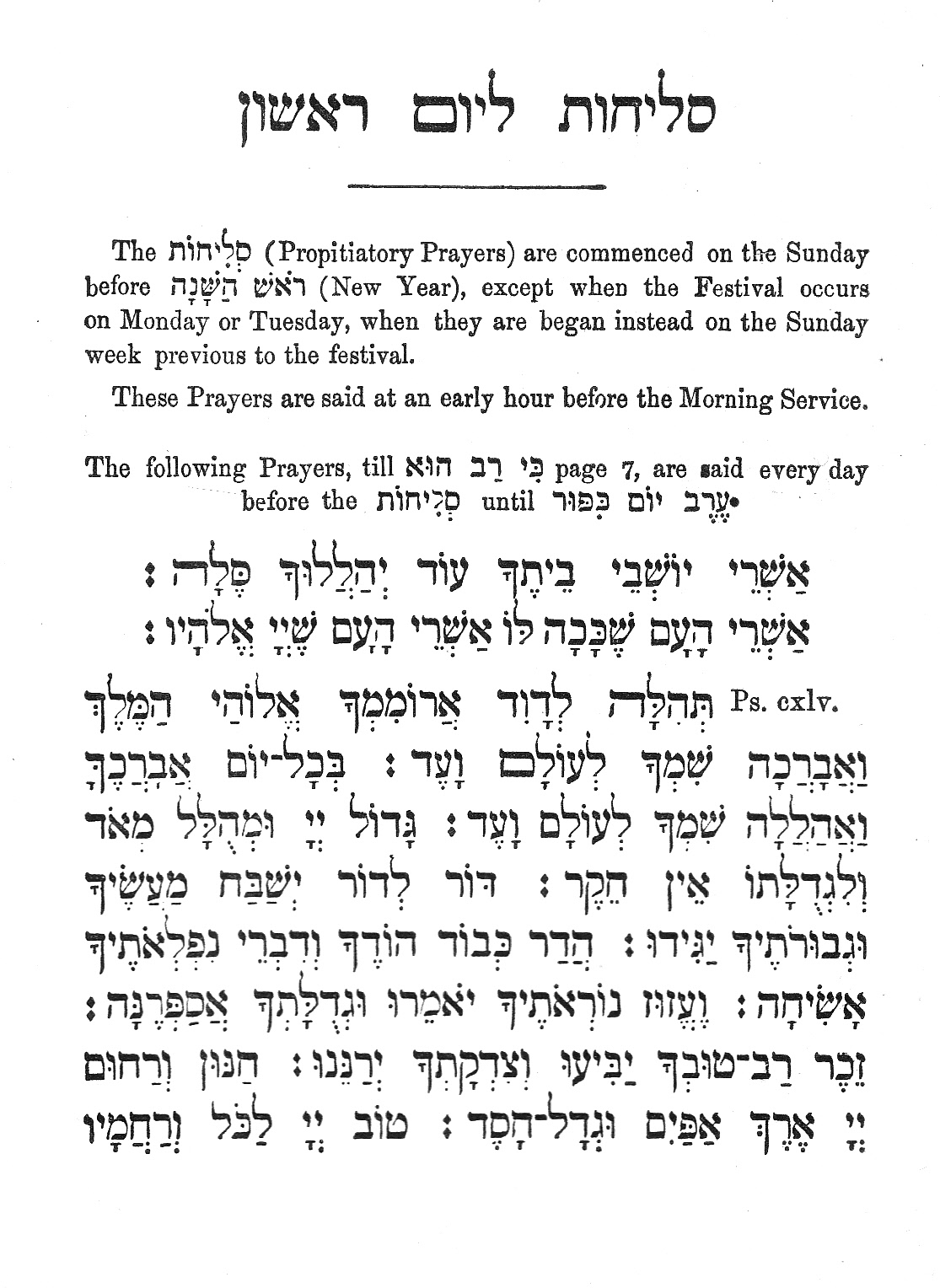 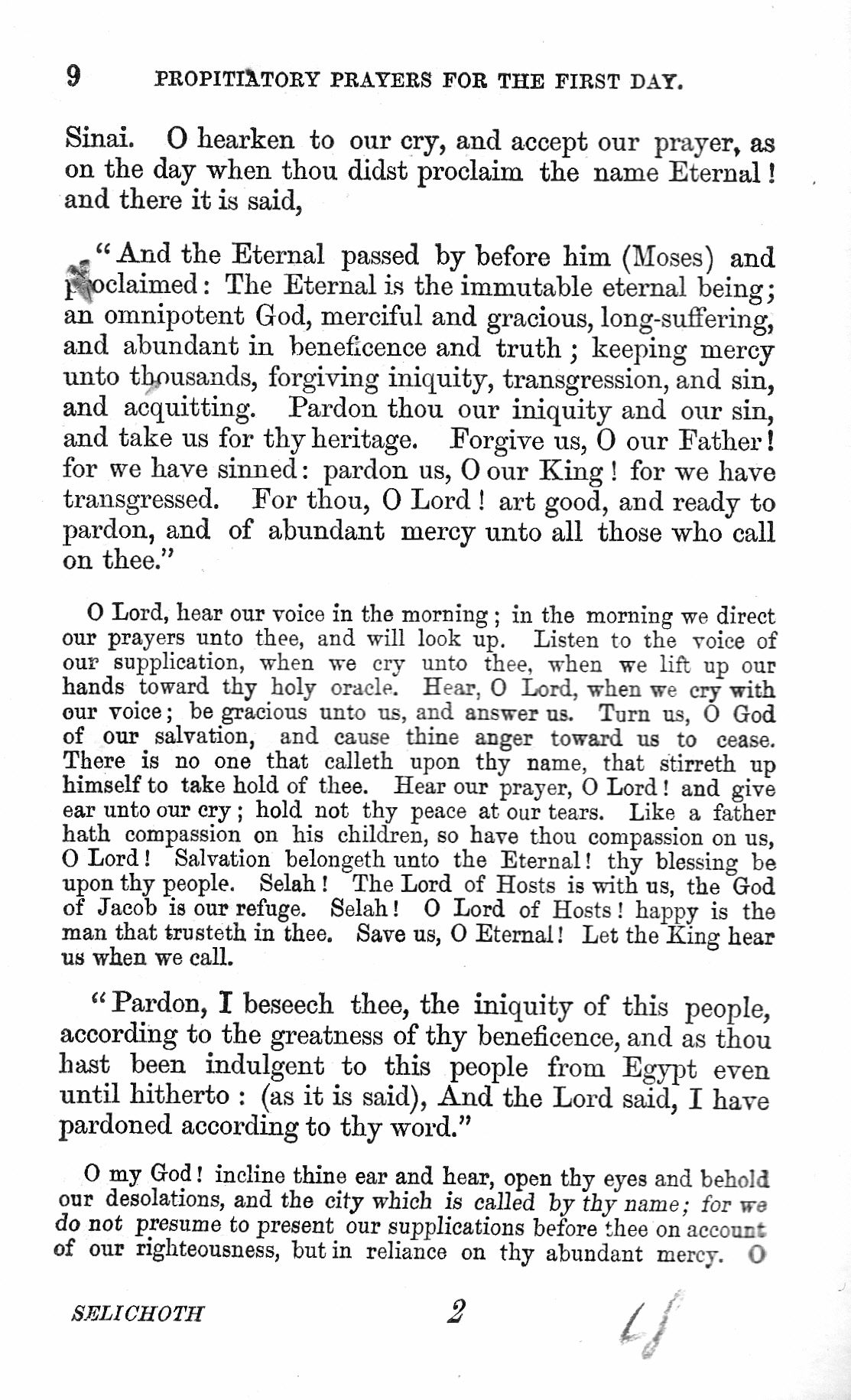 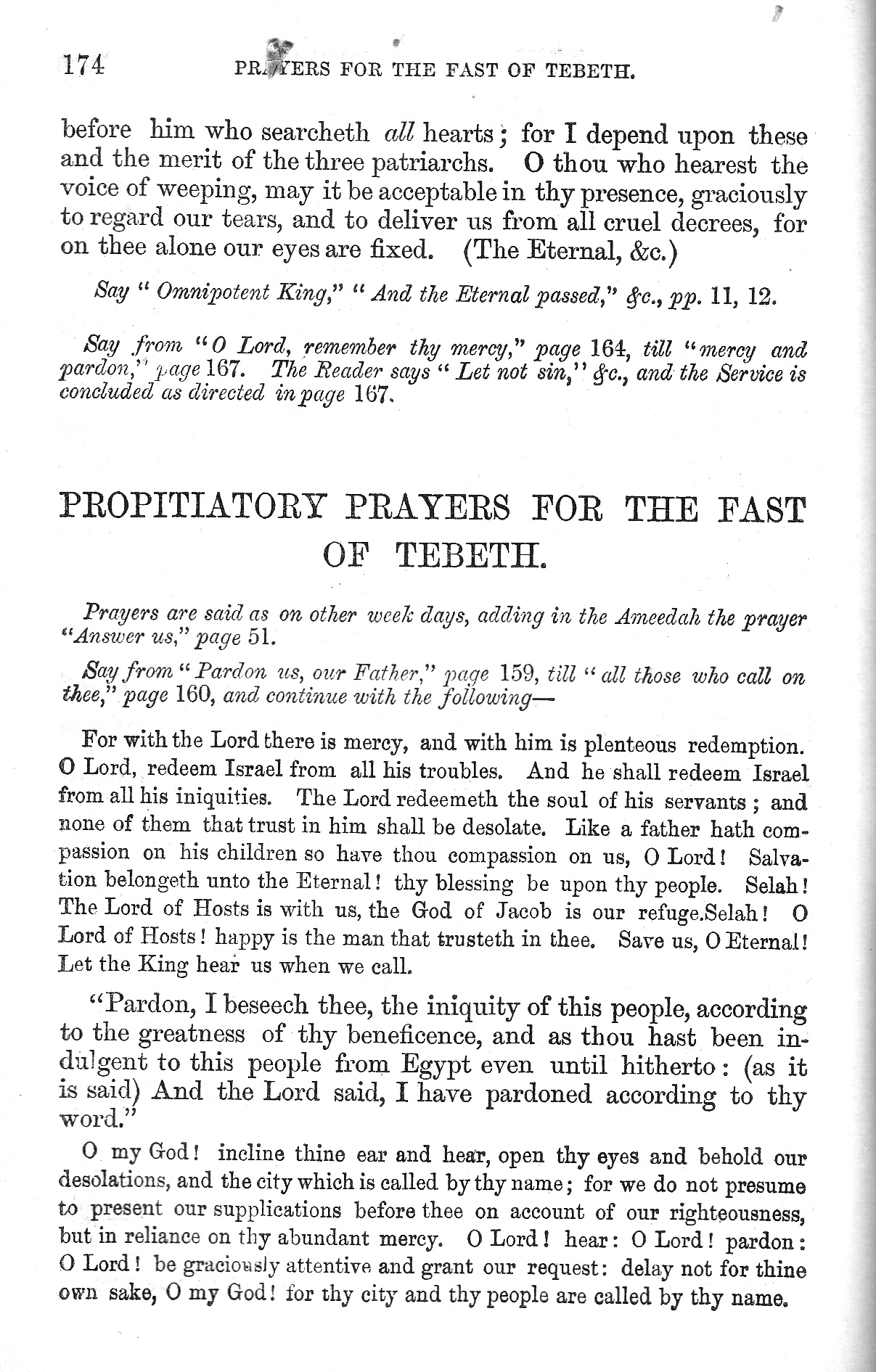 One thought on “Selichos for the Proprietory and Penintential Days, and for the Minor Fasts, translated into English by Dr. David Asher, London 1866.”