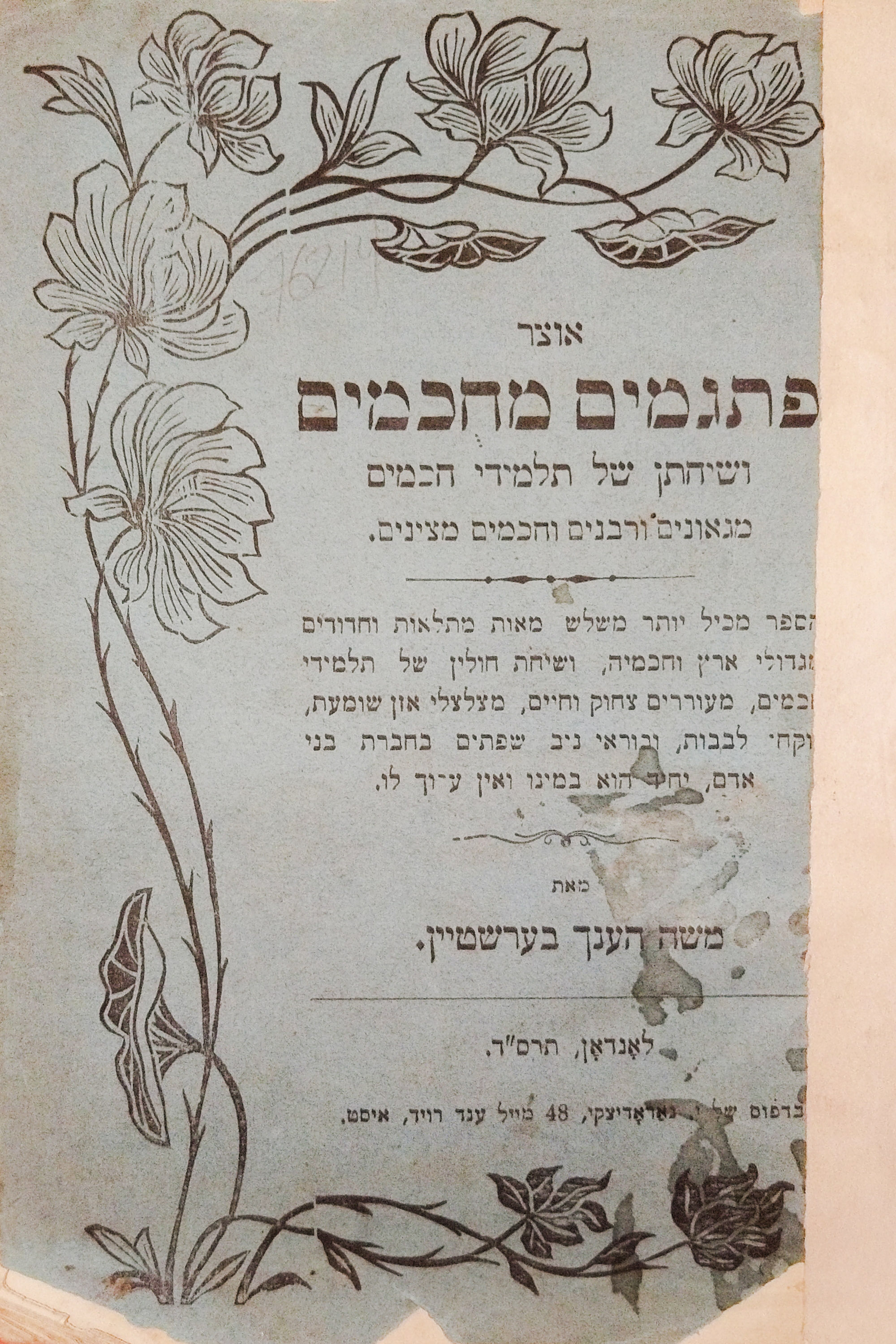 Rabbi Lewis Bernstein, who was the Rabbi of the Bethnal Green Great Synagogue from 1898 until his death in 1922, is another of the almost forgotten British Rabbis.  He was born in Pren, near Grodno and was known as the Grodno Maggid and was a Talmudic scholar and teacher.

His son was our author, Moses Henry Berstein (whose Hebrew name was Moshe Chenoch).  He was born in Grodno, Poland, in 1873, and moved to England with his parents.  He was a shochet (a slaughterer of cattle), but was also an author who wrote a number of books.

This book was the fourth book printed by Israel Narodiczky in 1904 at his new press at 48 Mile End Road,  Whitechapel. It consists of a collection of more than 300 somewhat amusing items drawn from Rabbonim and famous Hebrew literature. 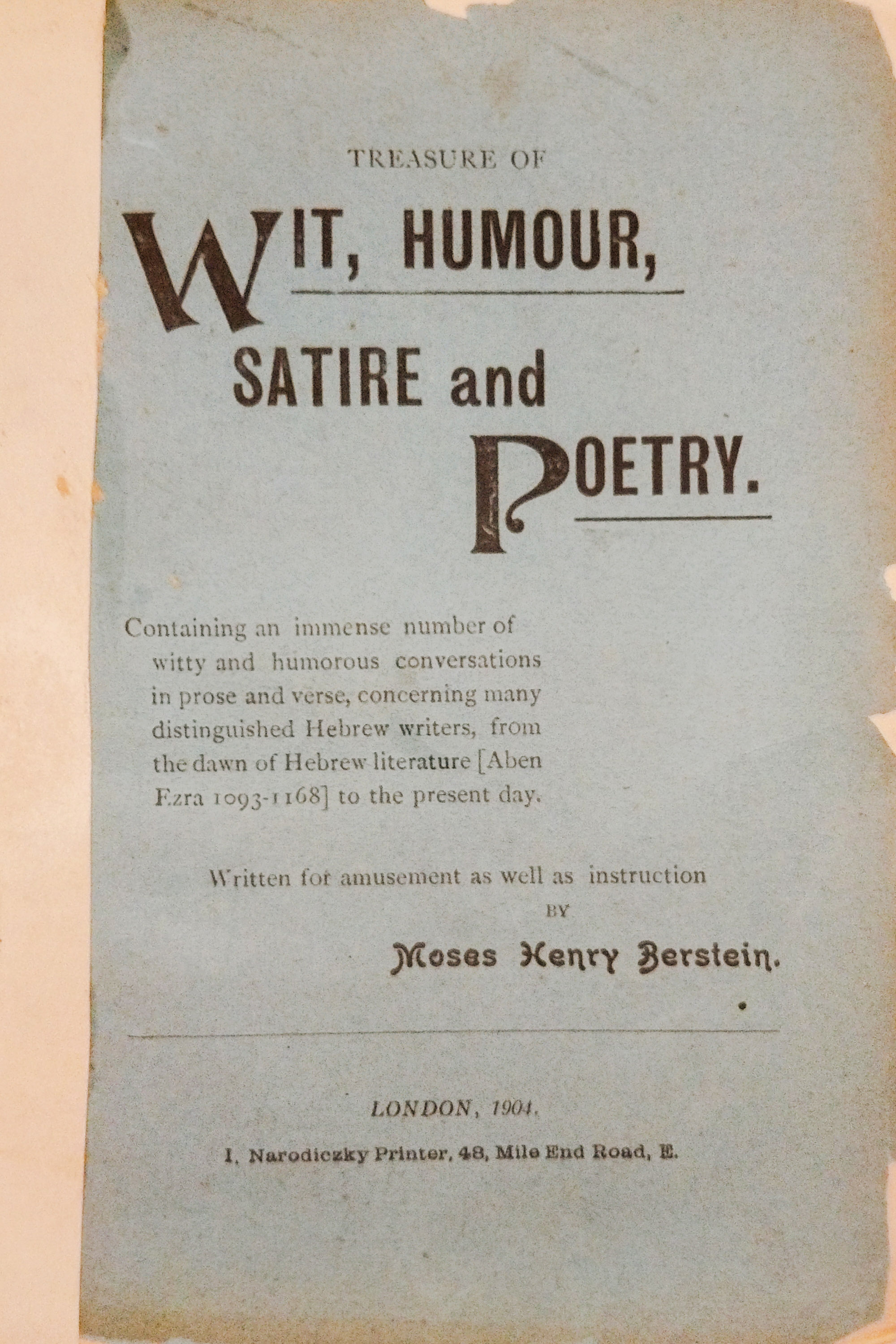 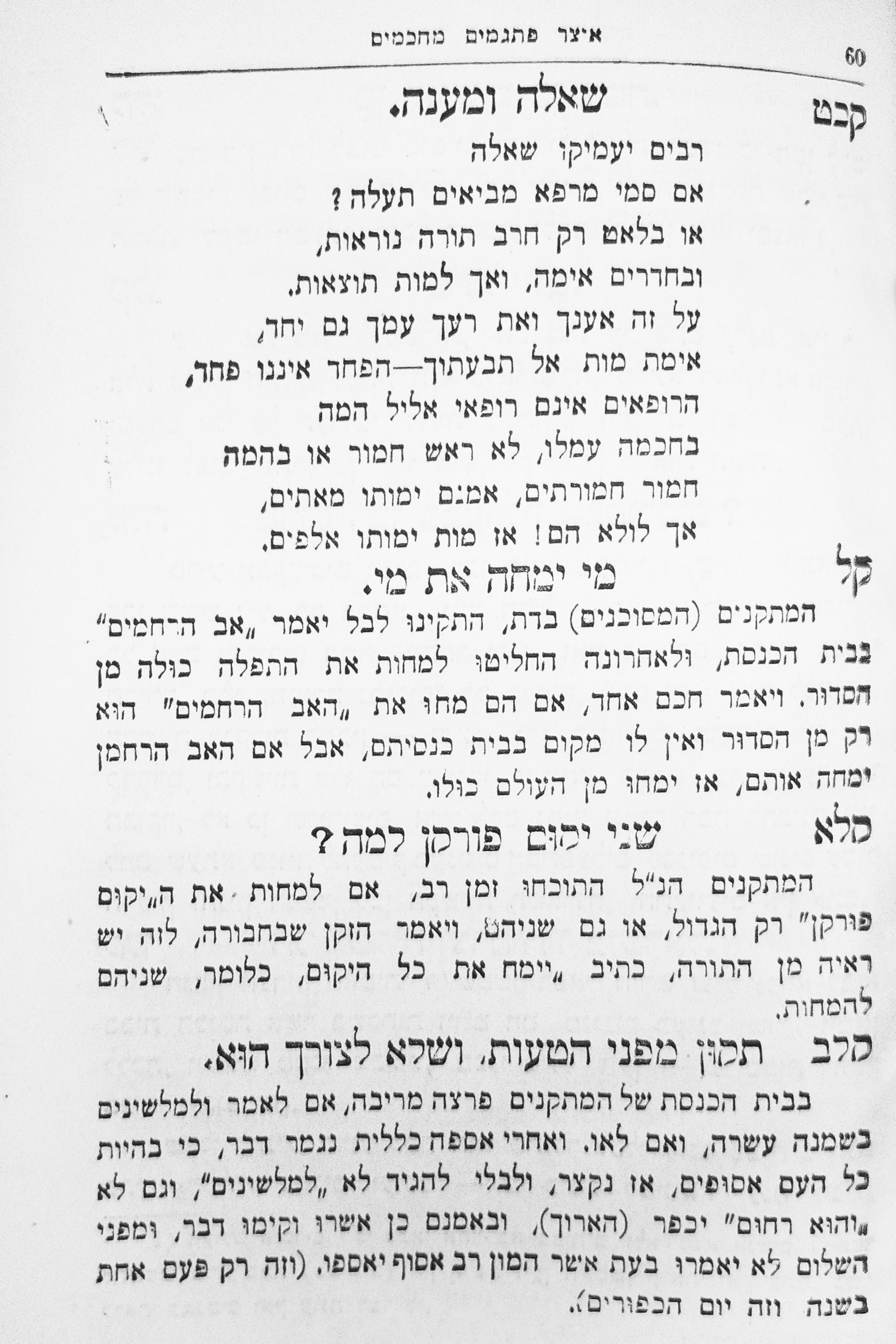