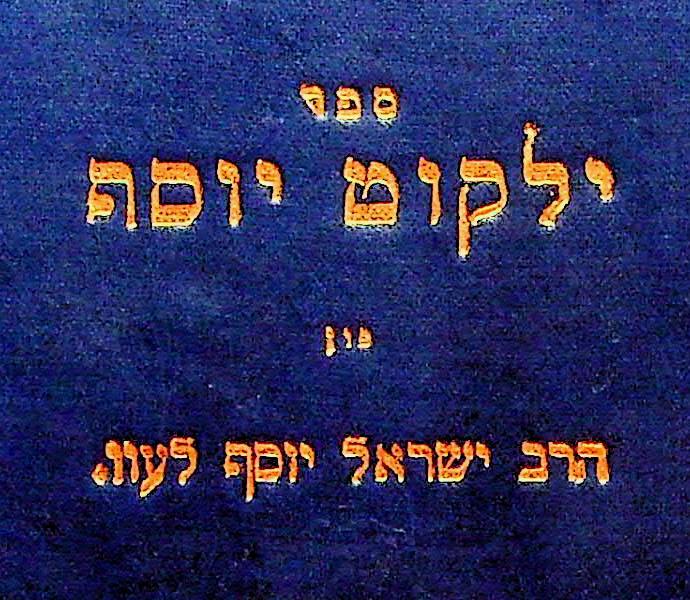 This book, as we shall see below, is a wartime product, written for orthodox Yiddish-speaking Jews who were living through the London bombing.  “Amid the thunders and lightnings of war, amid the deafening noise of high explosives and the roar of cannon the echo of the trumpet voice of Sinai must continue to resound throughout the world.”  It was printed in 1942 in Whitechapel at the Naroditzky Press.

Rabbi Israel Joseph Lew was born in Vengroff, Poland in 1884.  He was a follower of Ger, received semicha (his rabbinical diploma) in Warsaw and lived on his father-in-law’s home in Siedlce for a while.  He was involved with Agudas Yisroel in Poland, and was part of the rabbinic delegation that visited the United States in 1922 to enlist help for eastern European Orthodox Jewry.  They included Rabbi Asher Spitzer, Rabbi Dr. Meir Hildesheimer, Dr. Nathan Birnbaum and Rabbi Meir Dan Plotzky.  I have written about Rabbi Meir Dan Plotzky and his book Chemdas Yisroel previously.

On the return journey Rabbi Lew addressed a large meeting in Mile End on the financial plight of Polish Jewry, and was offered and accepted the position of Rabbi at the independent Lincoln Street Bow congregation.  This eventually acquired a disused chapel in Harley Grove, Bow and became the Mile End and Bow District Synagogue, part of the United Synagogue (not to be confused with the Mile End and Bow Federation Synagogue).

Rabbi Lew was the first ‘foreign rabbi’ to lead a United Synagogue affiliate.  He gave sermons in English and Yiddish on alternate weeks until he retired in 1950.  he was a strong Zionist who left the then anti-Zionist British Aguda and joined Mizrachi.

Two of his nine children followed in his rabbinic footsteps, both born in Poland – Dayan Myer Szulim Lew of the London Beth Din (Rabbinical Court) and Rabbi Maurice Abram Lew, who, when I met him, was Rabbi of the West End Great Synagogue in Dean Street. 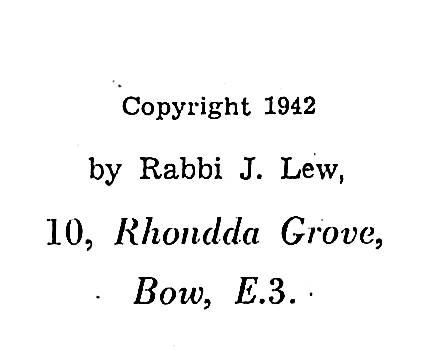 This book, Yalkut Yosef, consists of an anthology of selected passages on the Talmud and Midrash, in Yiddish, with brief homiletic comments.  It is arranged in order of the parshas (weekly readings from the Torah) and I have scanned the pages for Va’eschanan and Eikev below in honour of my daughter Navah Maynard’s wedding to Daniel Goldsmith this week. 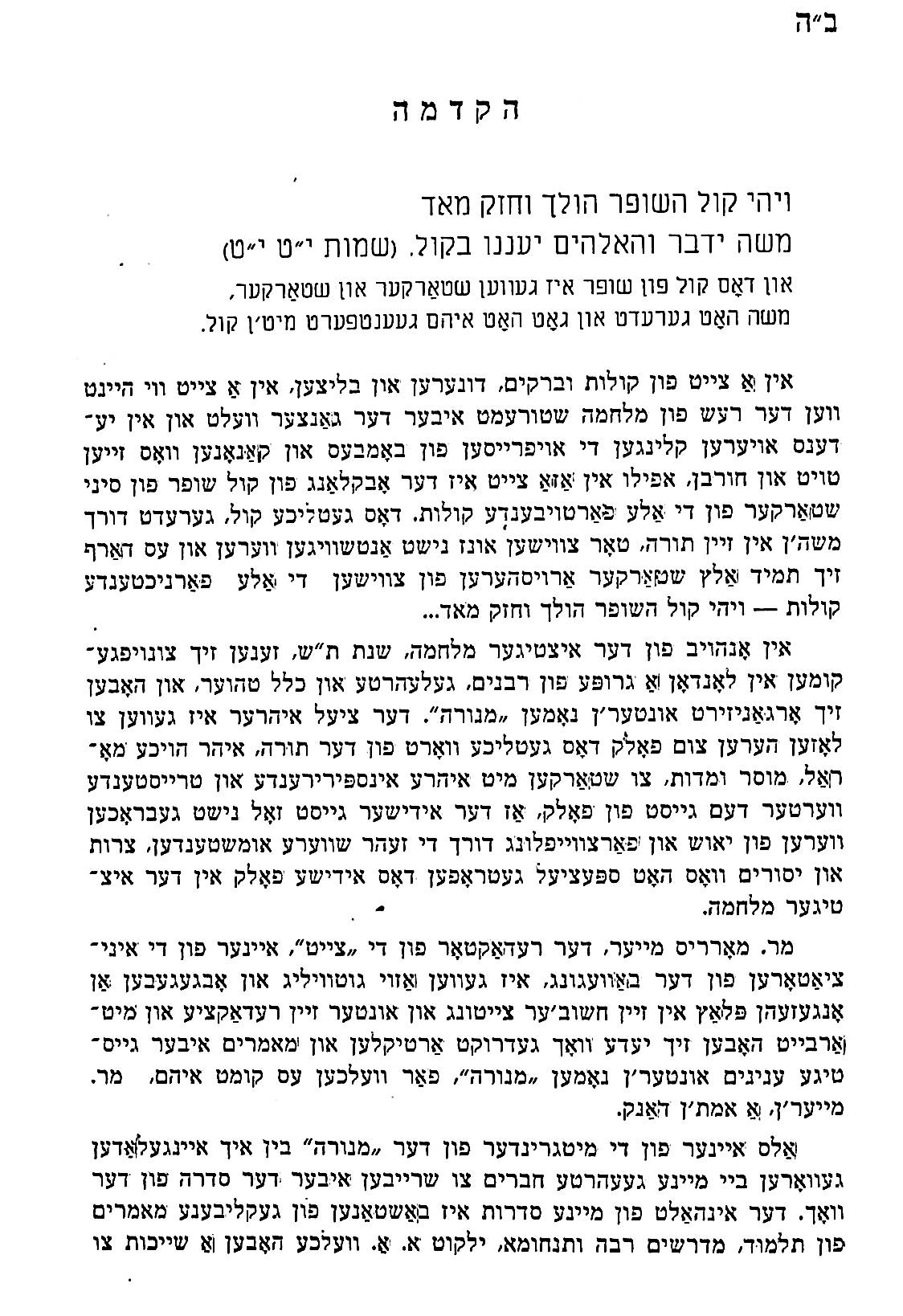 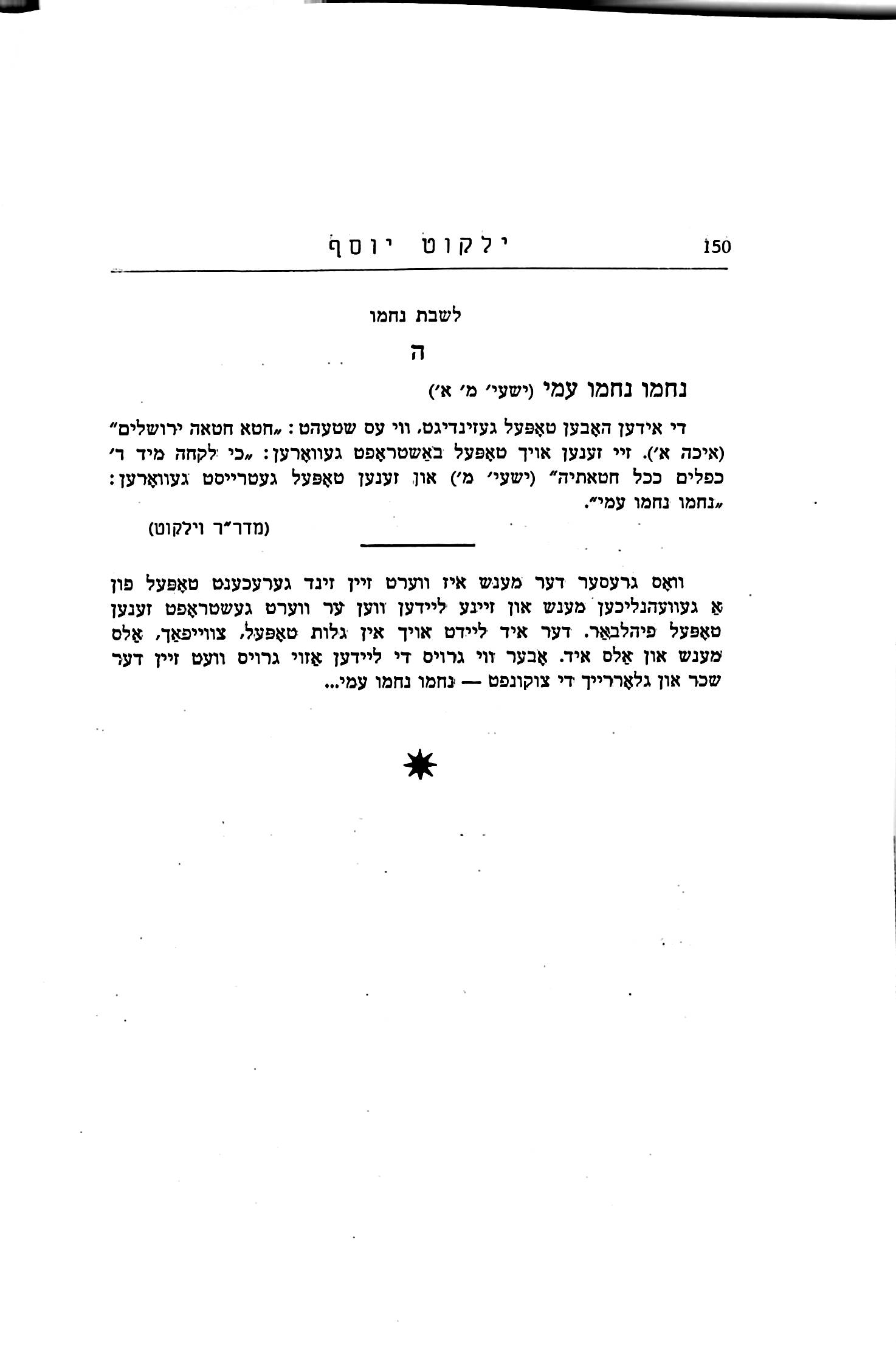 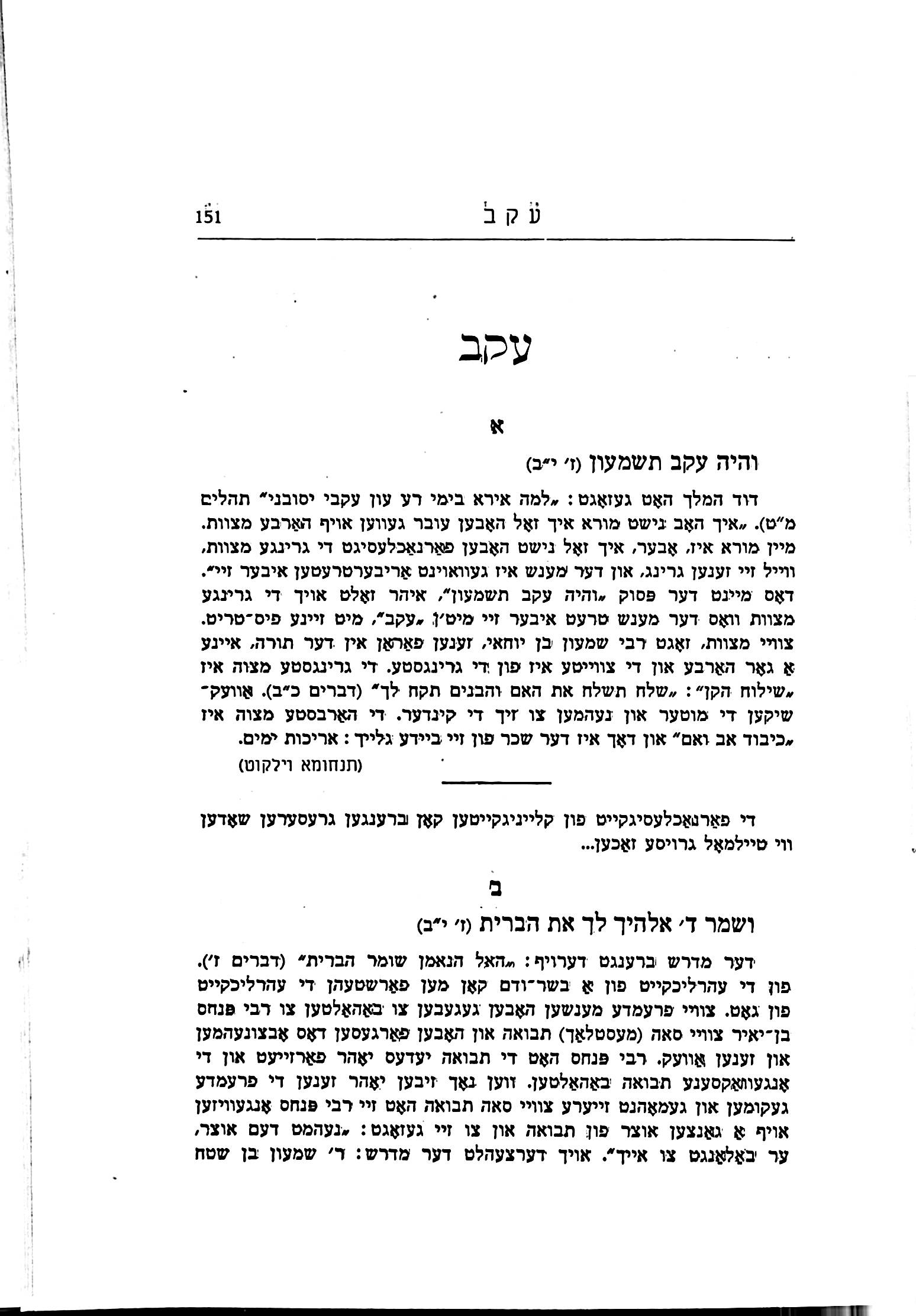