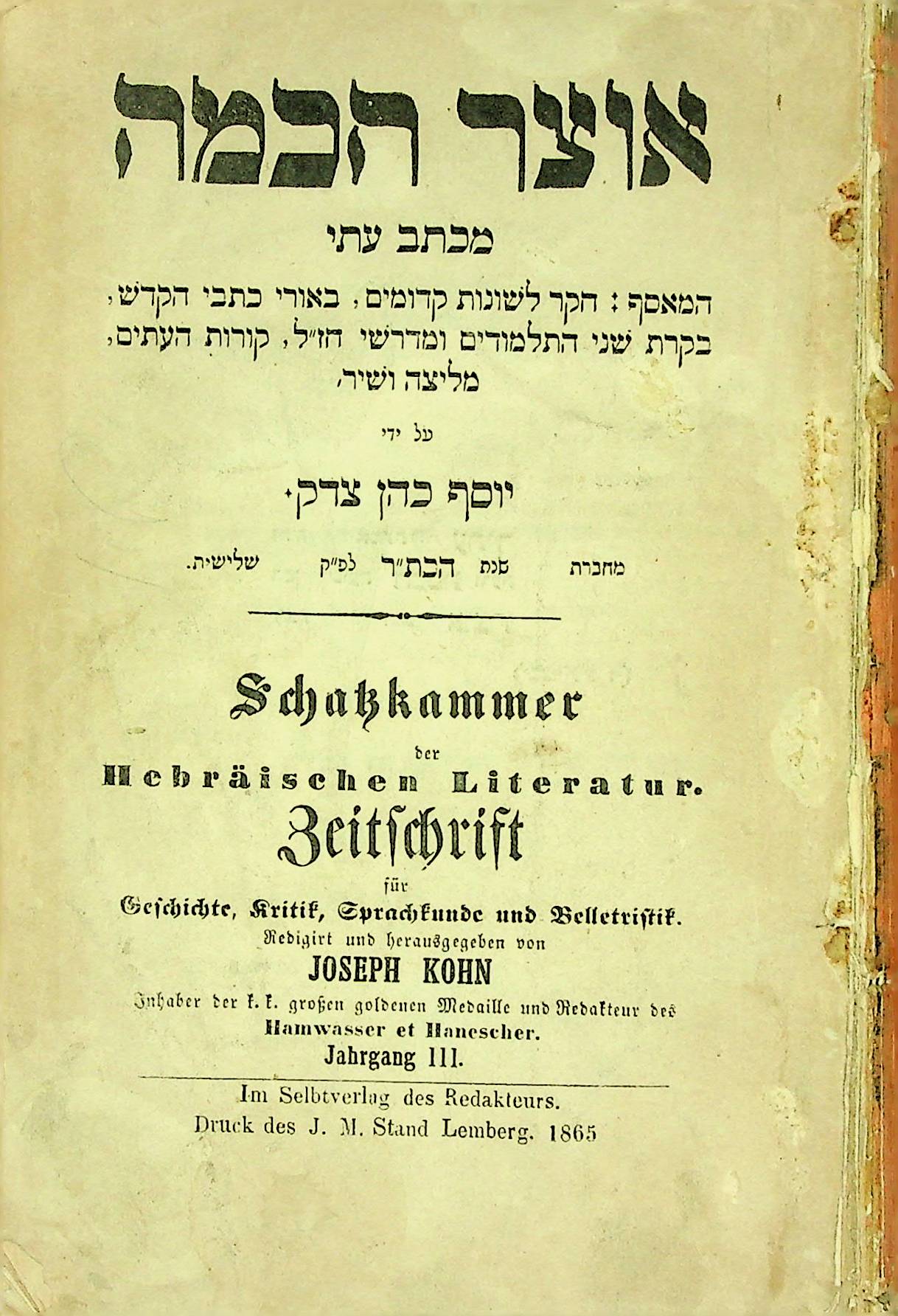 I have written before about Rabbi Joseph Kohen Zedek’s books, Theological Discourses, published in London in 1878 in English – three years after he settled in London, and Ohr Chadash, printed in Hebrew in London in 1881.

However, Rabbi Kohn Zedek was an author and editor long before he came to London.  This book is a Rabbinical and literary journal, edited by him and published in Lemberg (Lvov) in 1865.  It is interesting and certainly has a wide range of contributors. 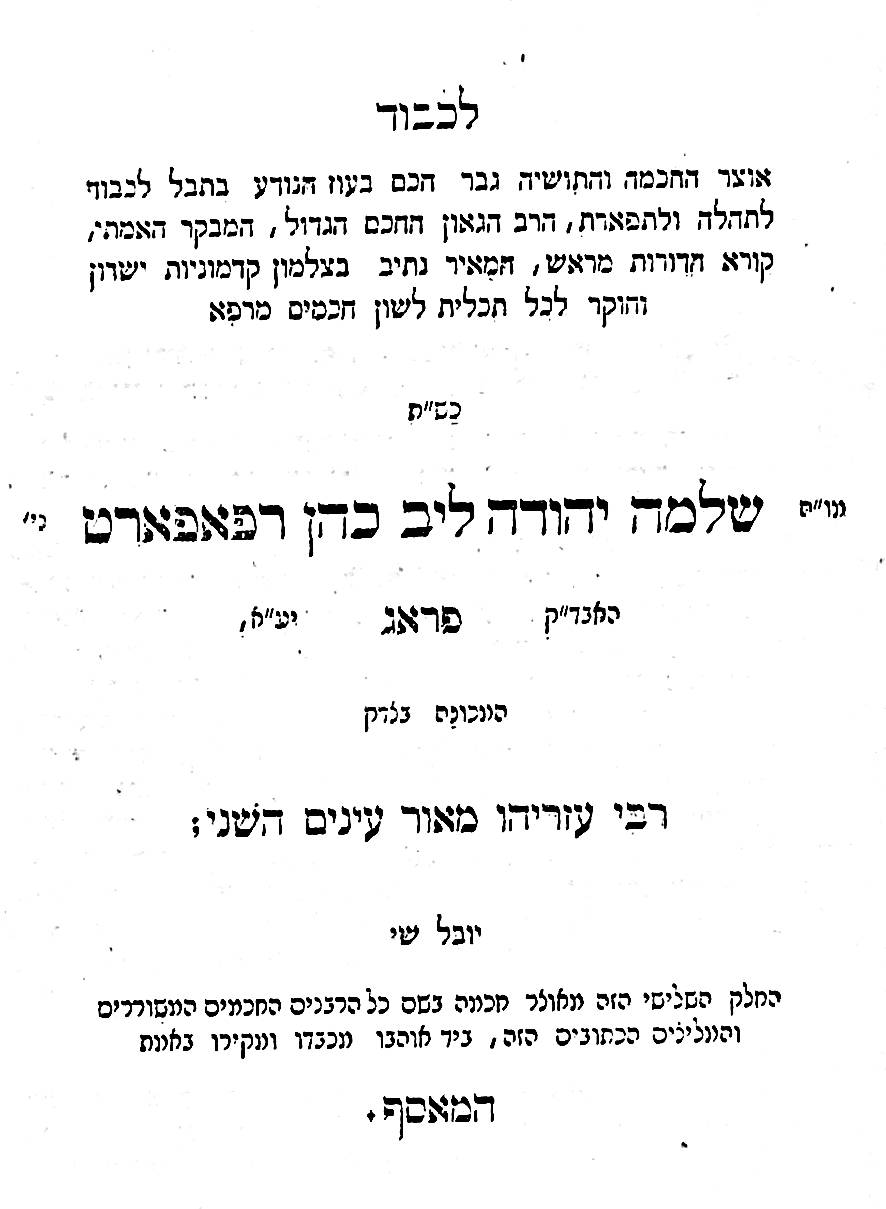 This issue, which was the third in a series, is dedicated to Rabbi Solomon Judah Loeb HaKohen Rapoport (1786-1867), a Galician and Czech Rabbi and scholar. He was known by the acronym “Shir”, which means “song” in Hebrew, formed by the initial letters of his Hebrew name.  He was one of the founders of the Wissenschaft des Judentums movement.  He was born in Lemberg, the son of Rabbi Aharon Chaim Rapoport, a renowned scholar.

Here are some selections from the publication, which is substantial, with 168 pages, together with some information about the authors:

The first is by Austrian rabbi and author; Mordecai (Moritz) Duschick, born in Triesch, Moravia, Nov. 14, 1815; died in Vienna July 21, 1890. He was a pupil in Talmud of R. Moses Sofer of Presburg, and was for a long time rabbi at Gaya, Moravia. In 1877 he became preacher in Cracow and teacher of religion at the gymnasium of that city. He was a modern preacher and the author of works in the German language. Although engaged to deliver his sermons at the Temple, his sympathies were mostly with the old-style Orthodox people of the “Klaus,” who could better appreciate his Talmudical knowledge. After several years’ service he left Cracow and settled in Vienna, where he spent his last days in neglect and disappointment. 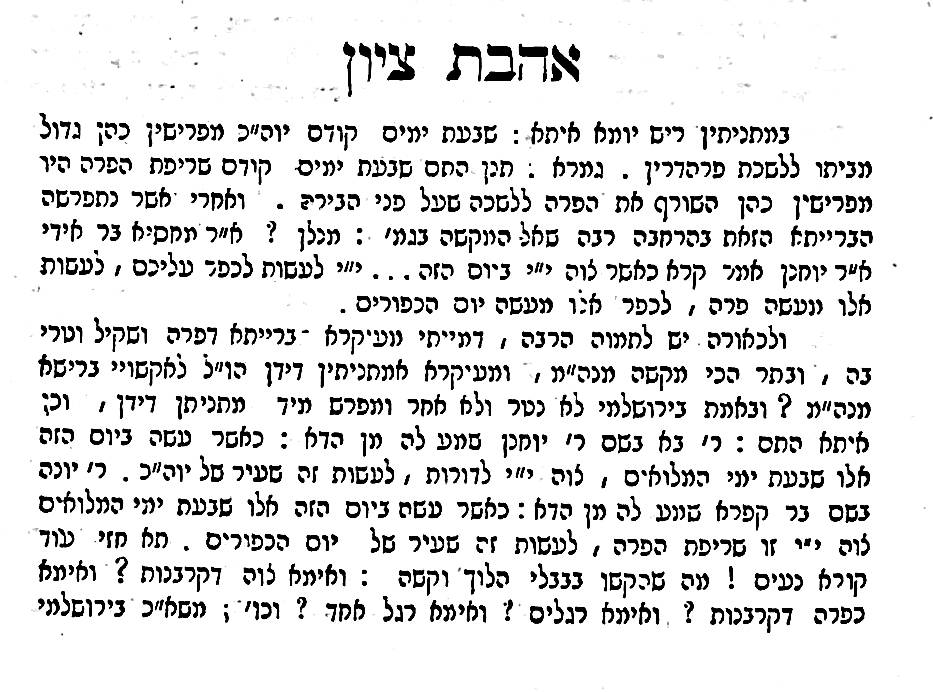 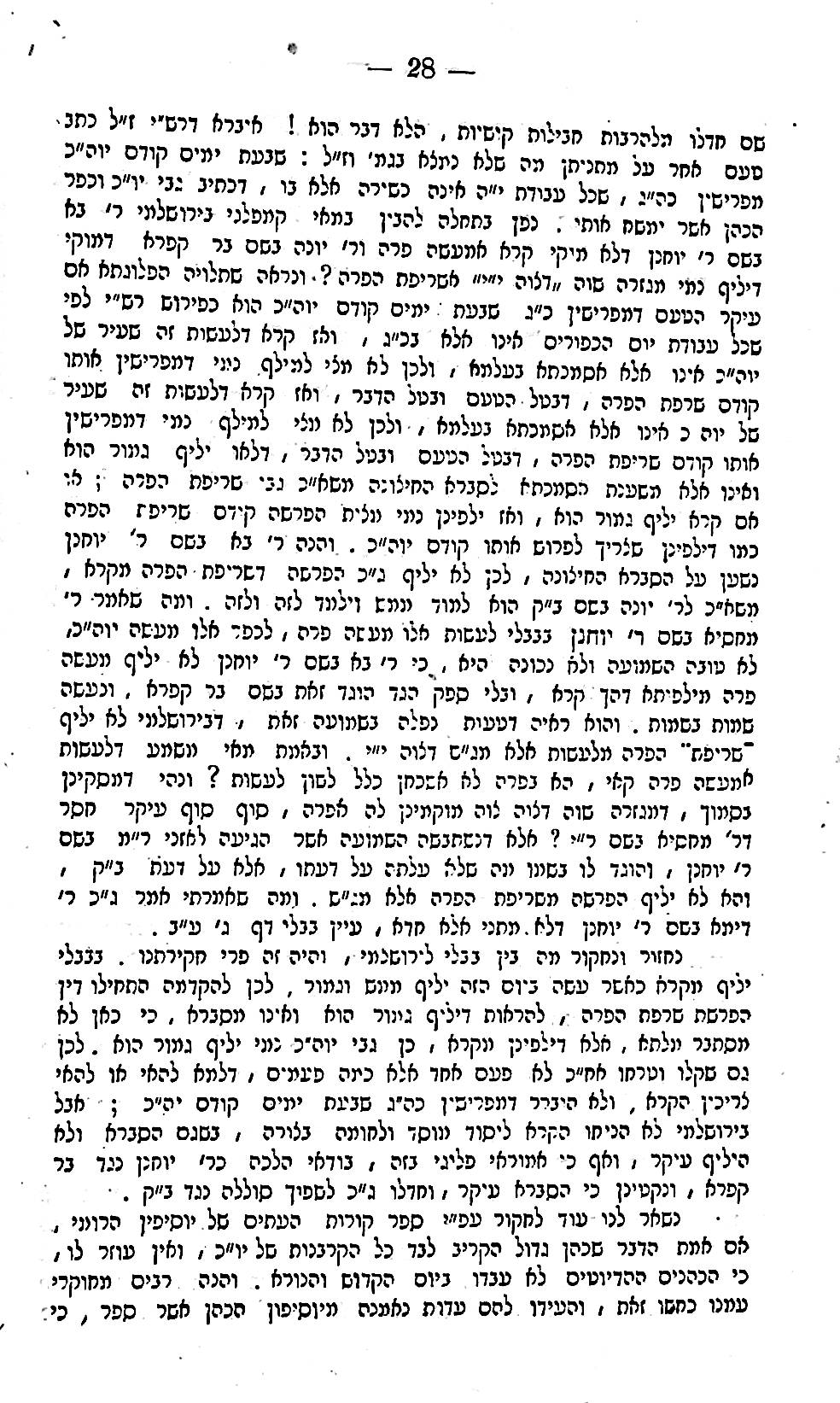 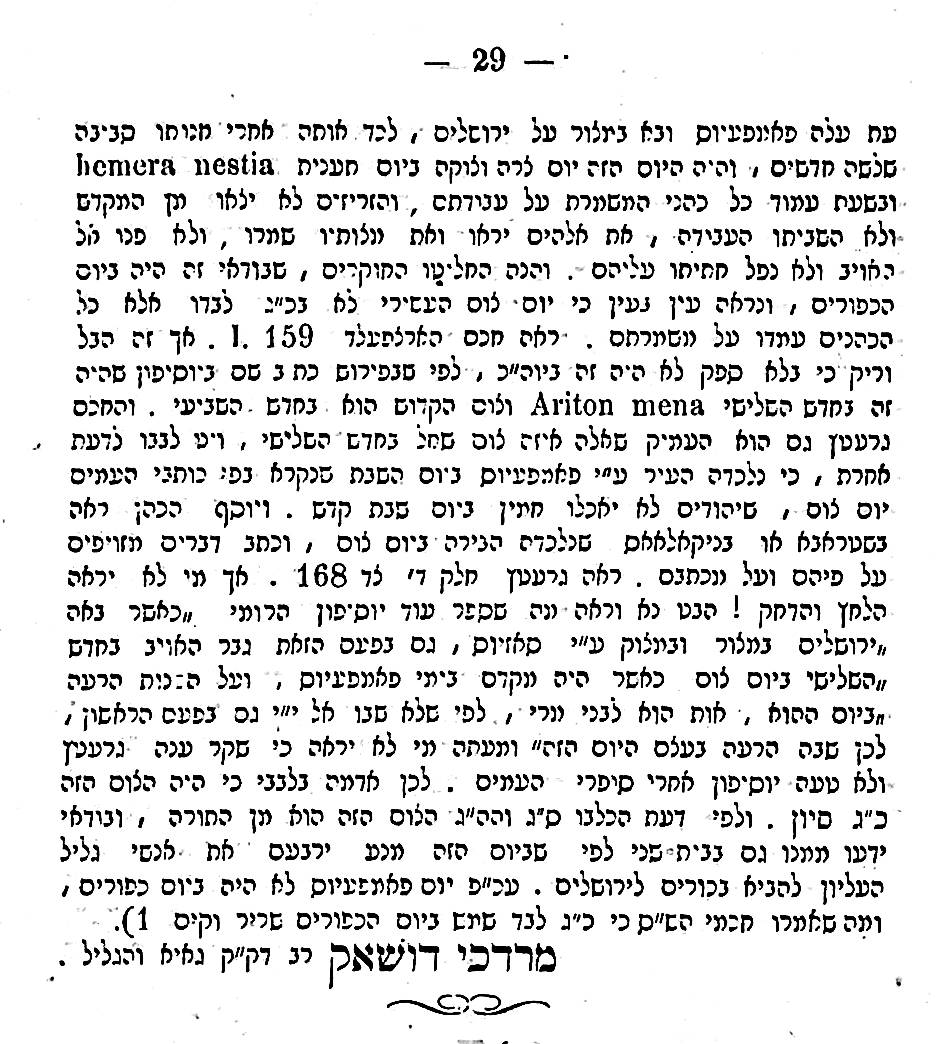 Brecher, who was the first Jew of Prossnitz to study for the medical or any other profession, attained the degree of master of surgery and obstetrics in Budapest in 1824, and the doctor’s degree from the University of Erlangen in 1849.   He wrote a lucid commentary on the Kuzari of Judah ha-Levi. 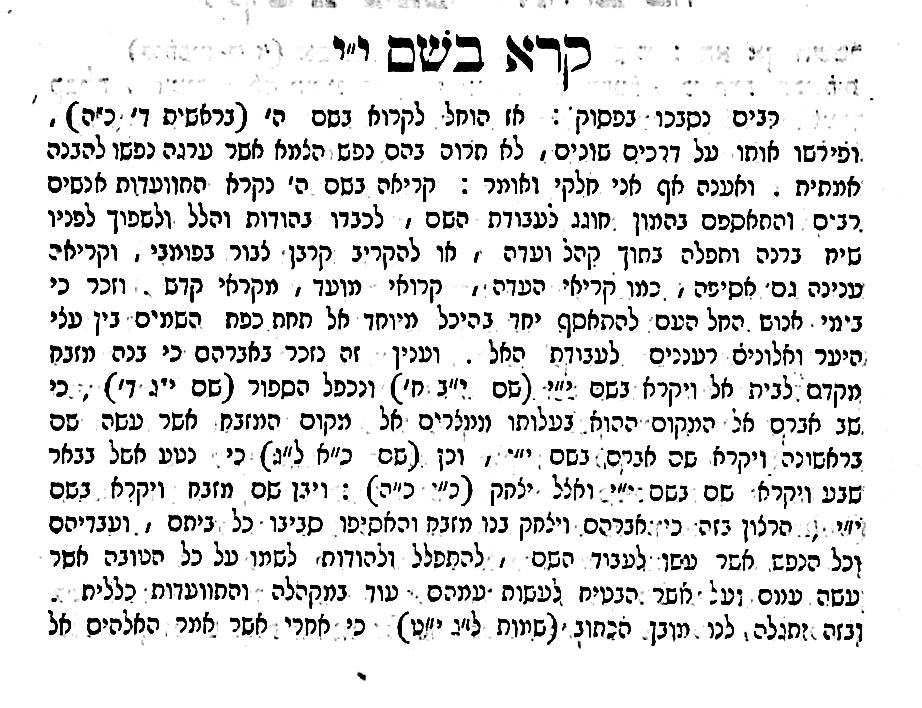 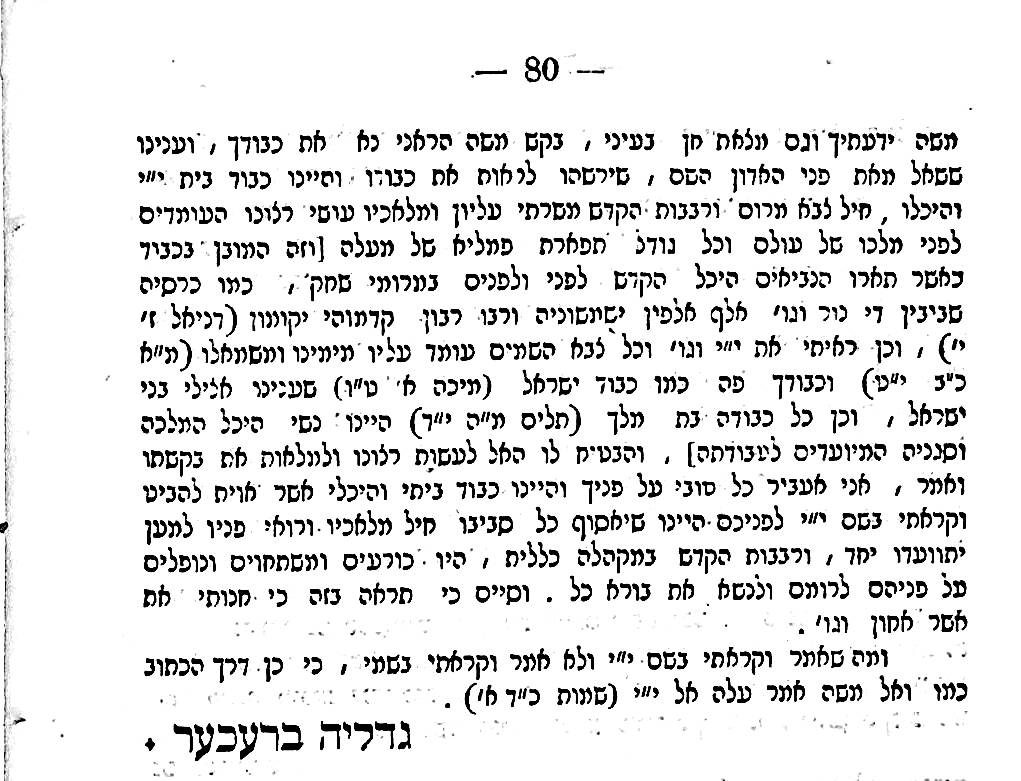 The following article is by Yechiel Michal ben Chaim Zabludowski (1803-1869), a physician and optician by profession, who lived and worked in Bialystok in the first half of the 19th century and enjoyed financial wealth all his life. Being an enthusiastic supporter of the Haskalah Movement and one of its heralds, he maintained contacts with leading intellectuals of his period, assisted in distributing their writings and was well known for his contribution to the rise of Hebrew journalism. 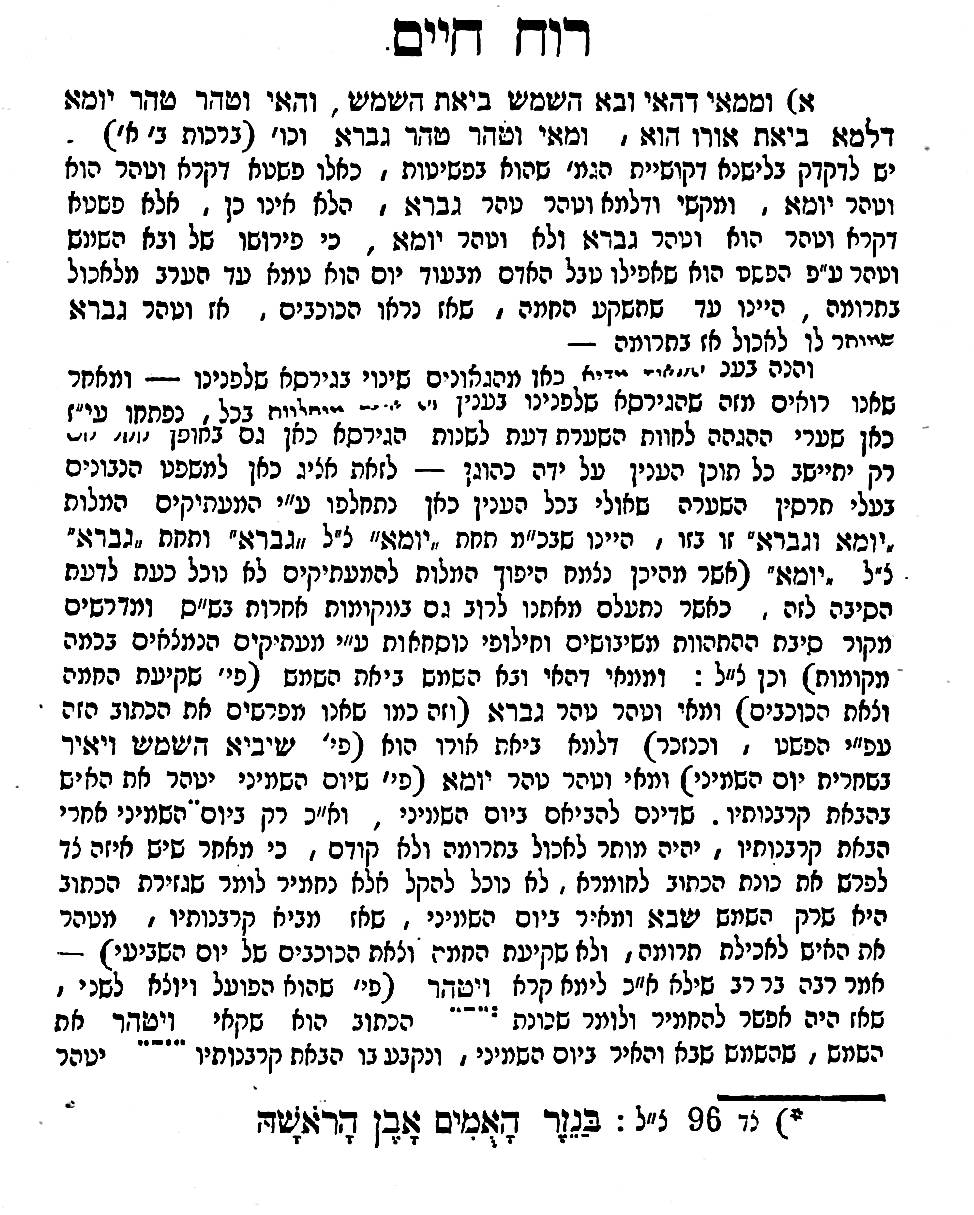 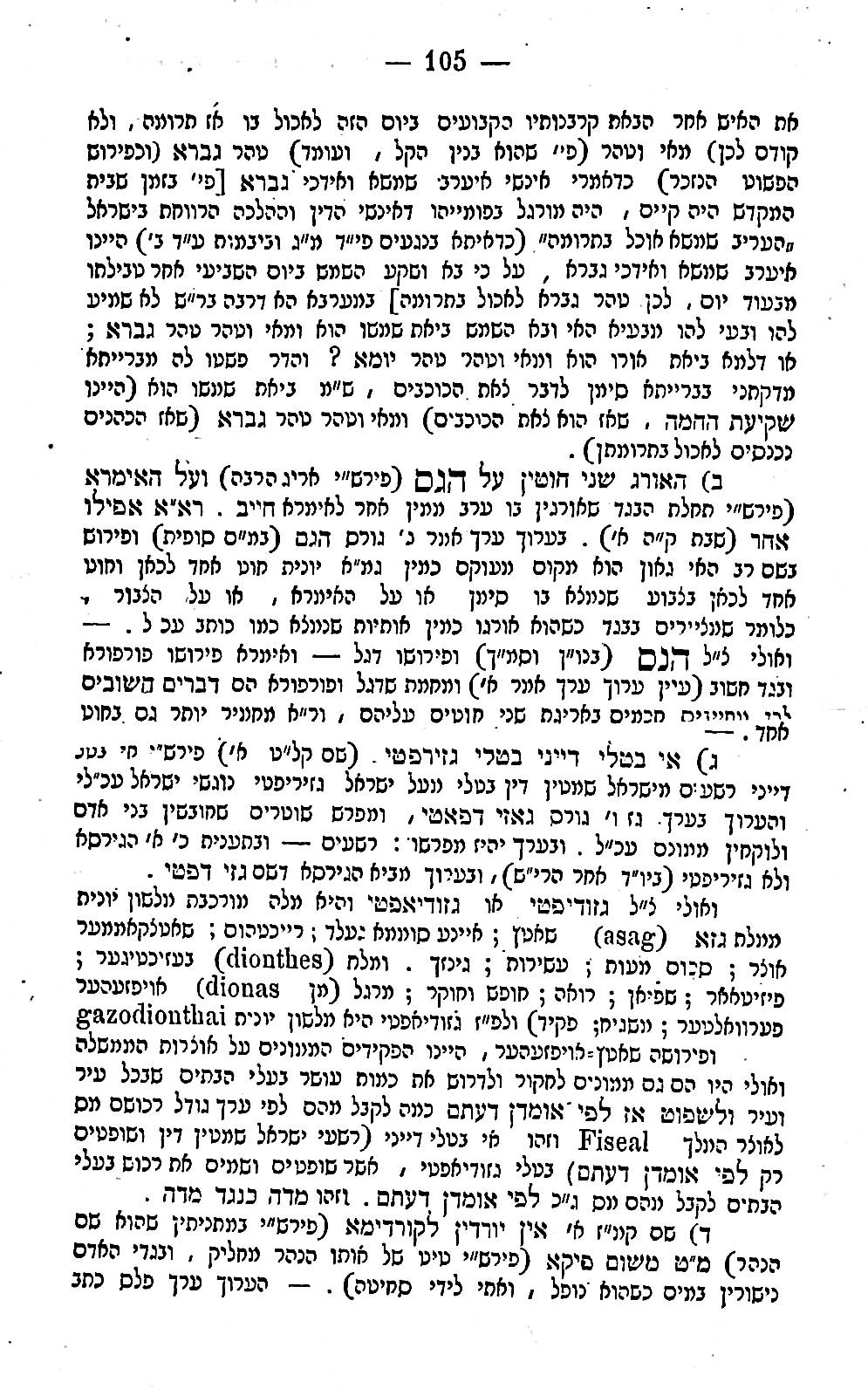 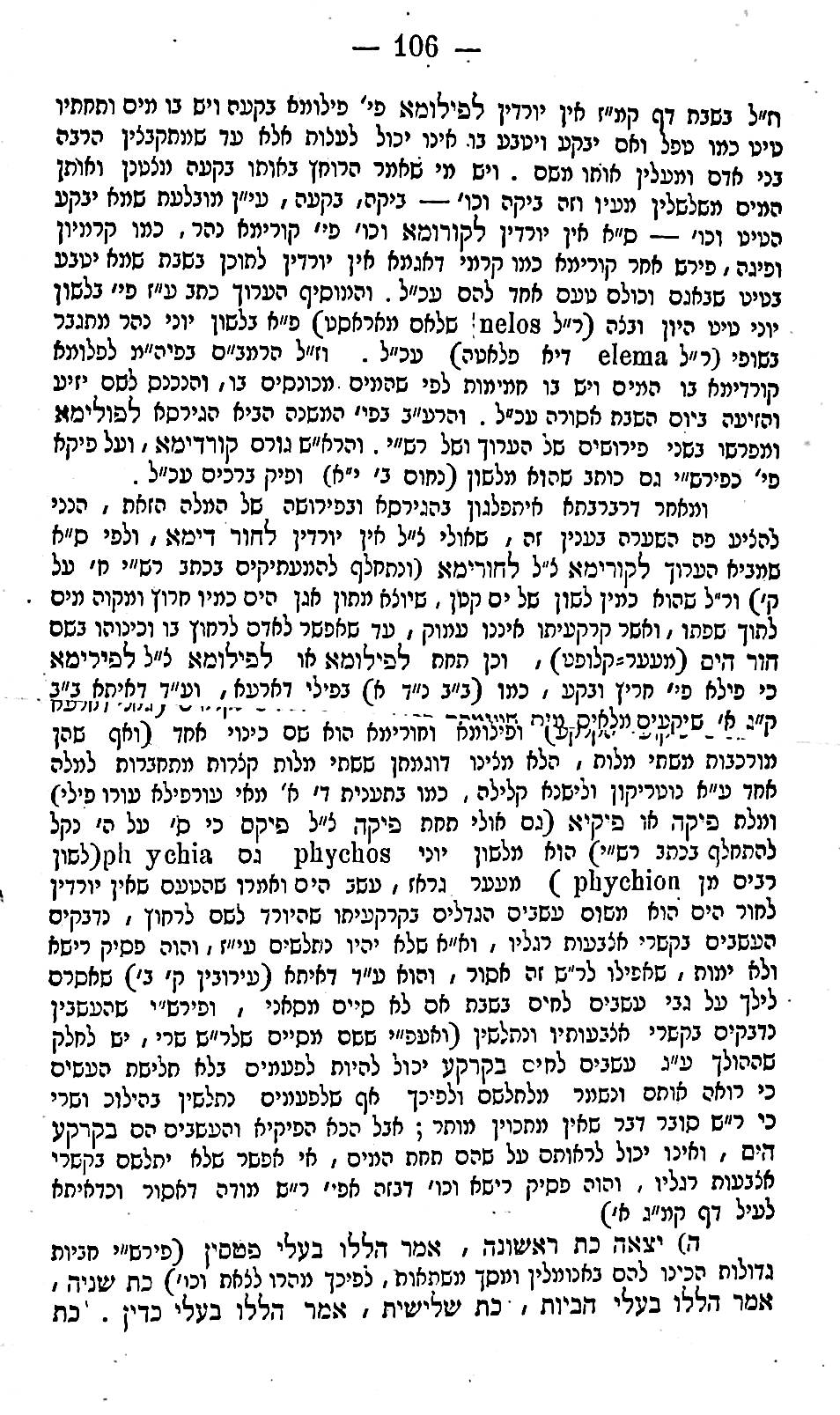 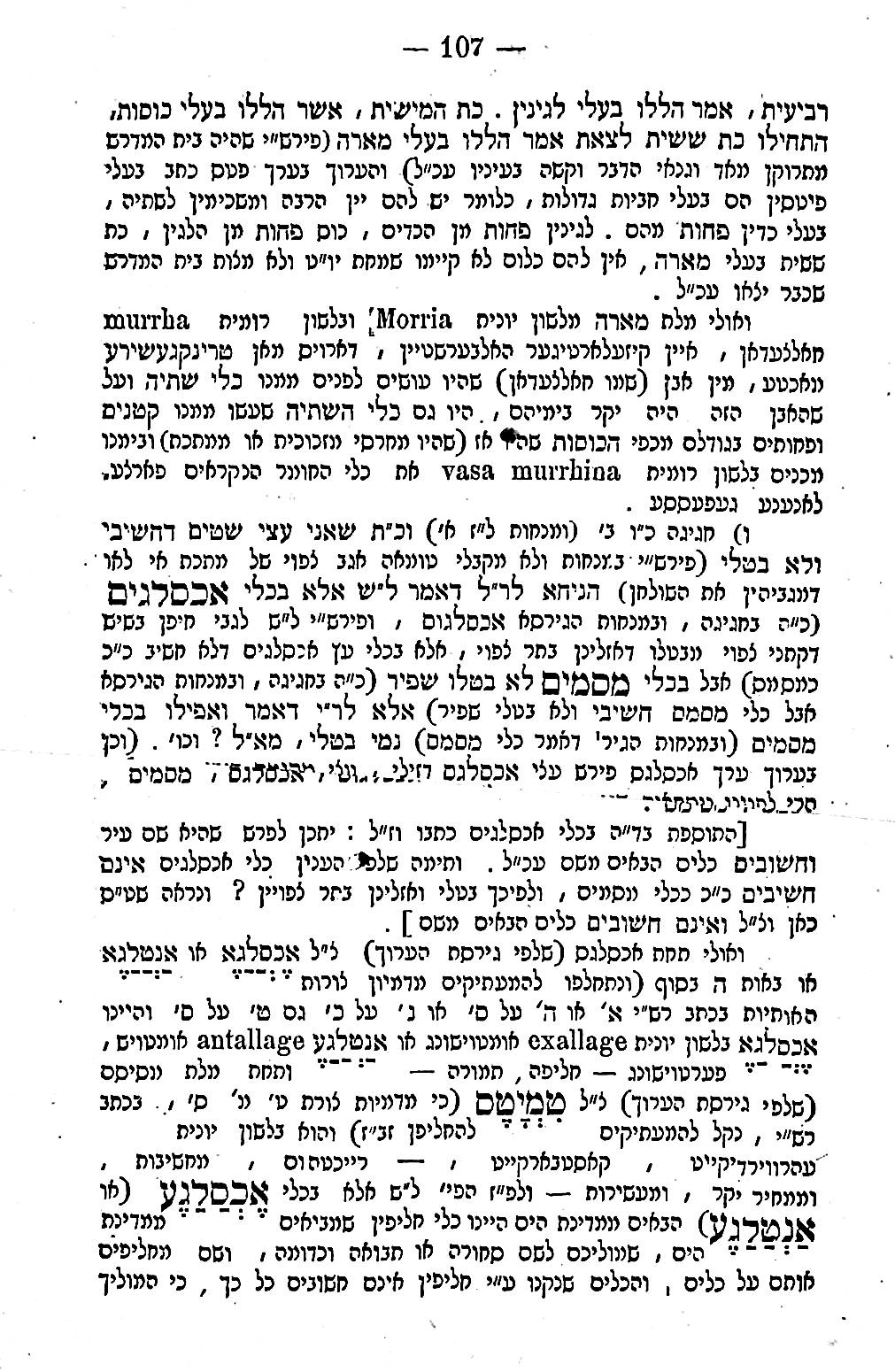 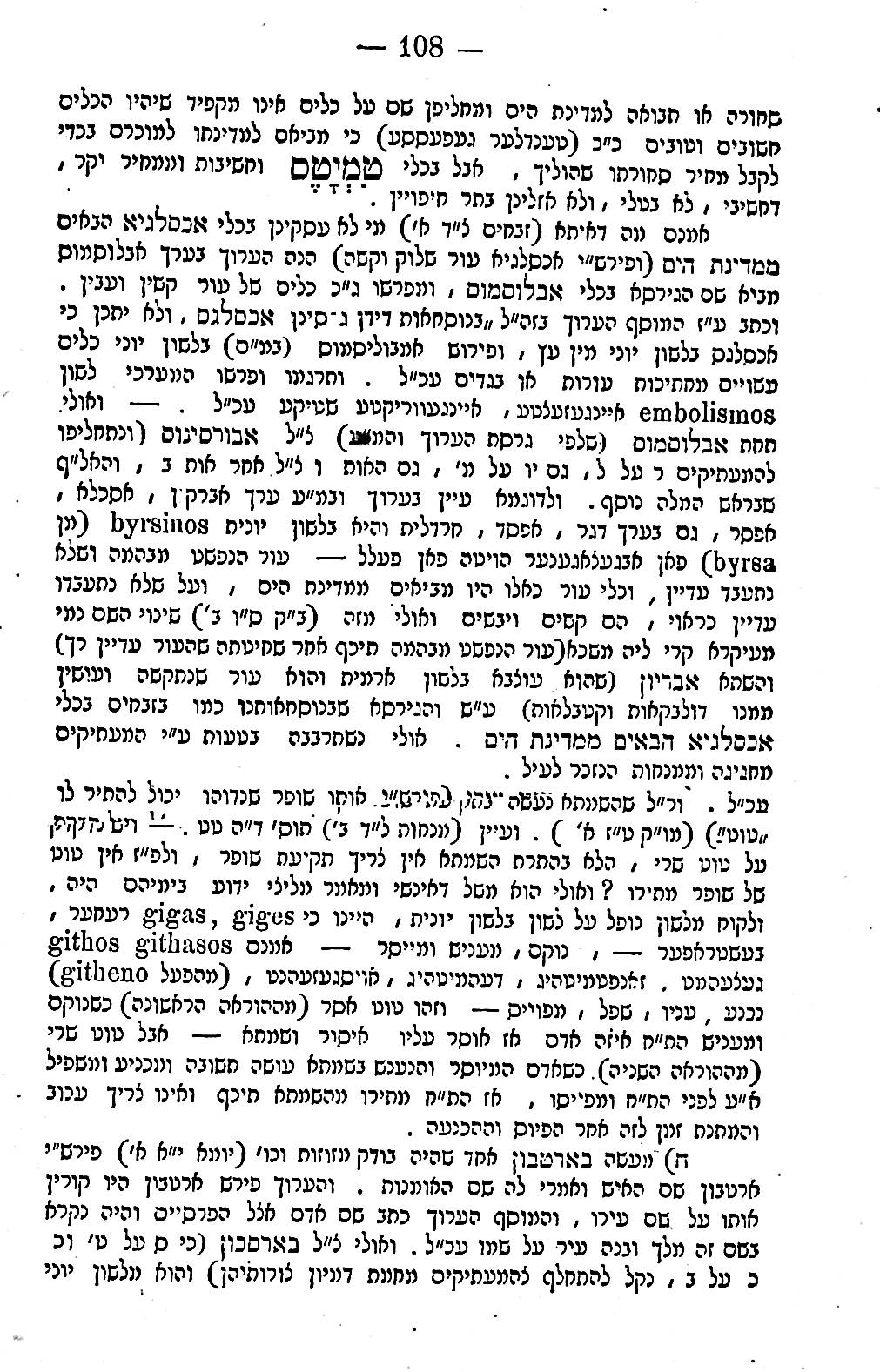 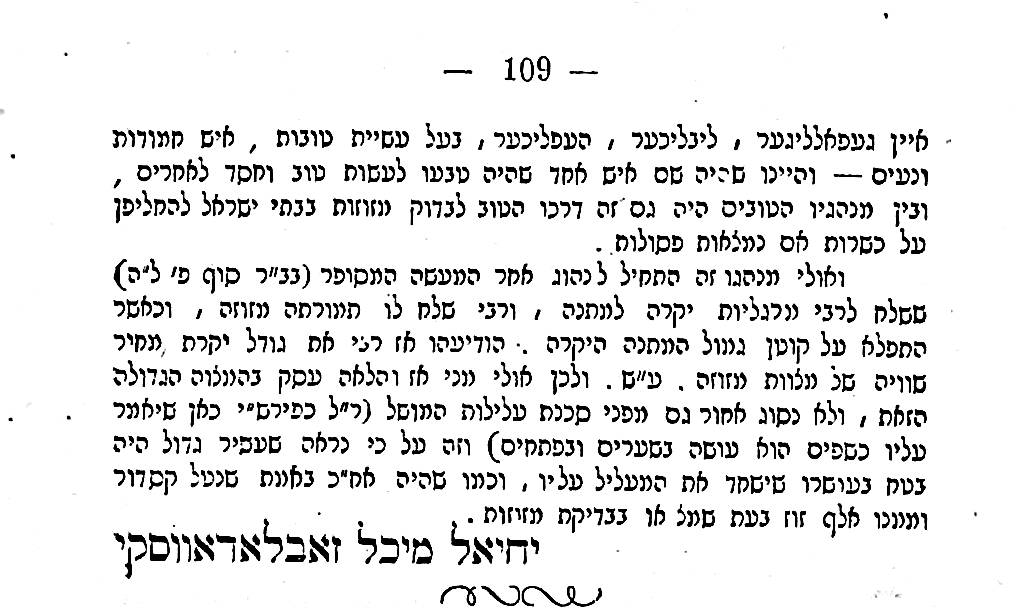 The poem below is a Hesped – a lament – for the late Rabbi Michael Yechiel Sachs (1808 – 1864), a German Rabbi from Gros Glogau in Silesia.  He was one of the first Jewish graduates from the modern universities, earning a Ph.D. degree in 1836. He was appointed Rabbi in Prague in 1836, and in Berlin in 1844. He took the conservative side against the Reform agitation, and so strongly opposed the introduction of the organ into the Synagogue that he retired from the Rabbinate rather than acquiesce.  Sachs was one of the greatest preachers of his age, and published two volumes of Sermons. 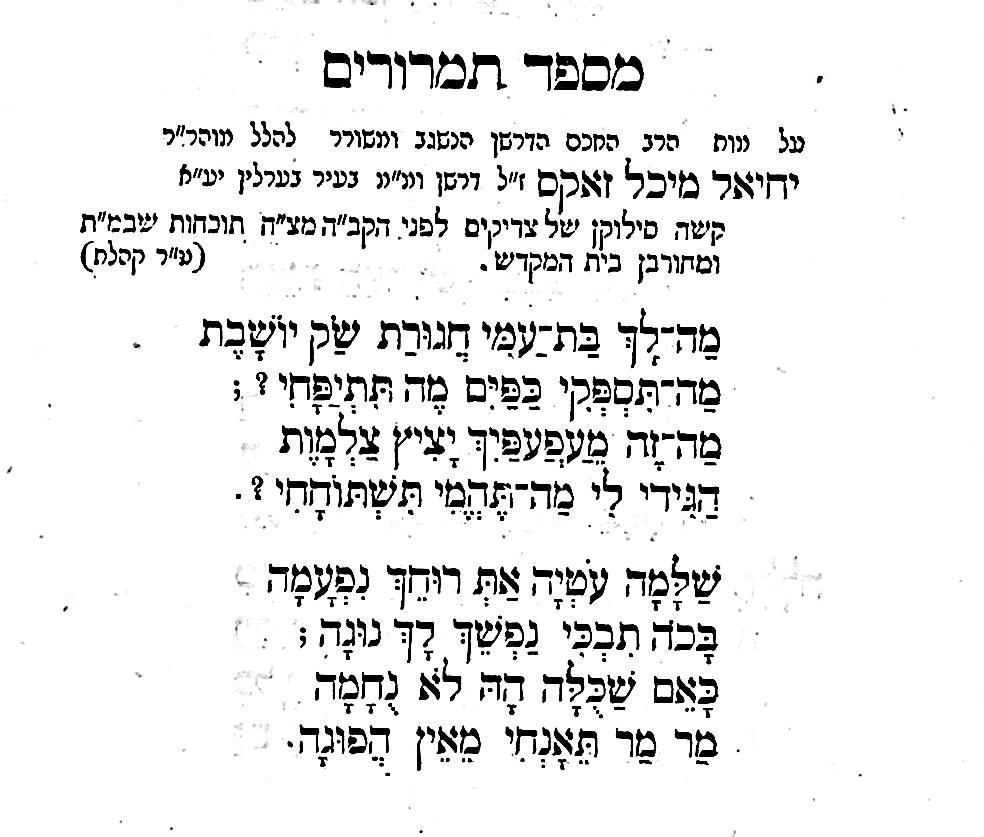 The poem below is by Mordecai ben Dovid Strelisker.  He was a Chazan (cantor) in the synagogue of Mihăilenĭ in Rumania; born in Brody, Galicia, 1809; died Sept., 1875. He spent his youth in his native town, where he acquired a knowledge of Hebrew literature. He carried on a prolific literary correspondence. 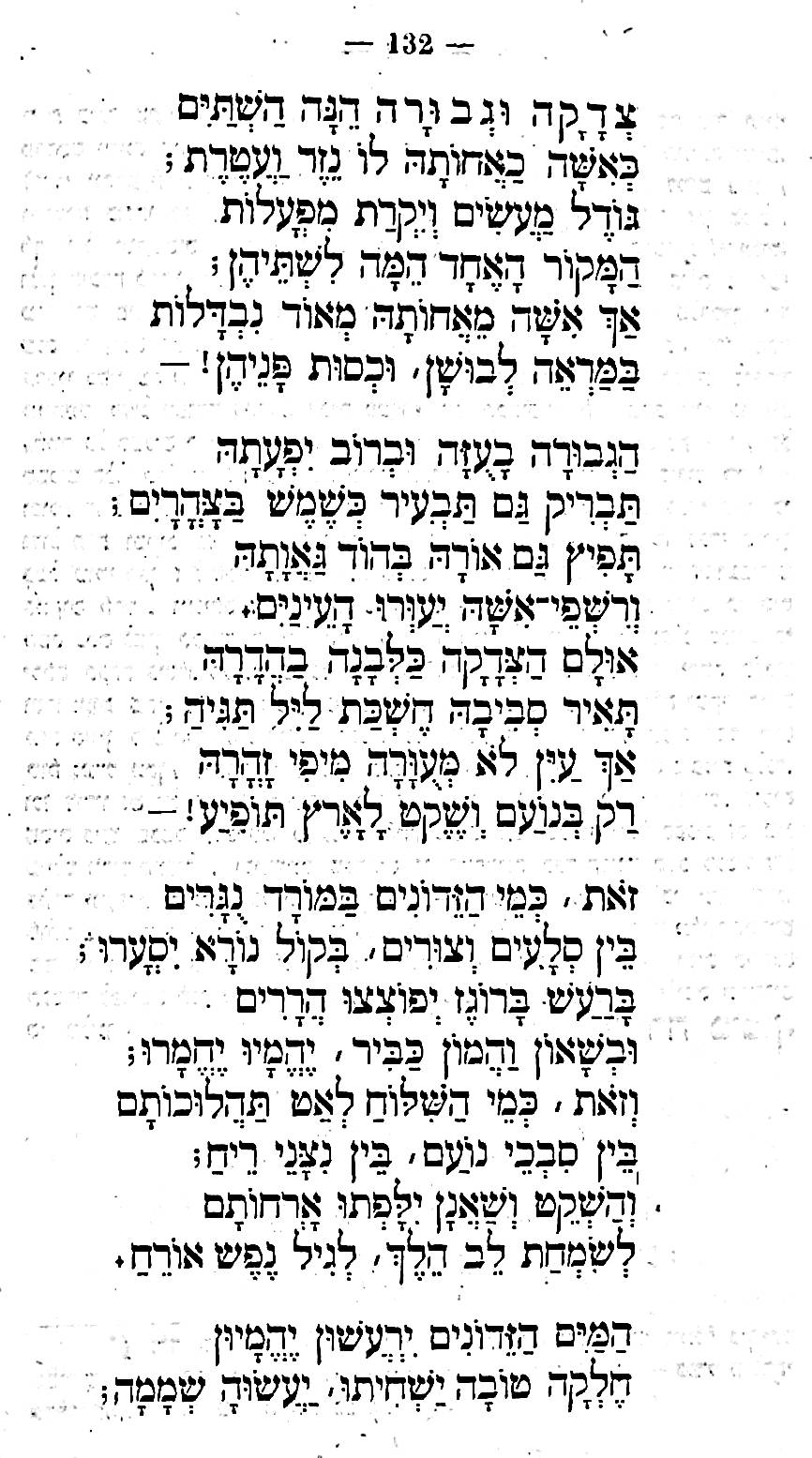 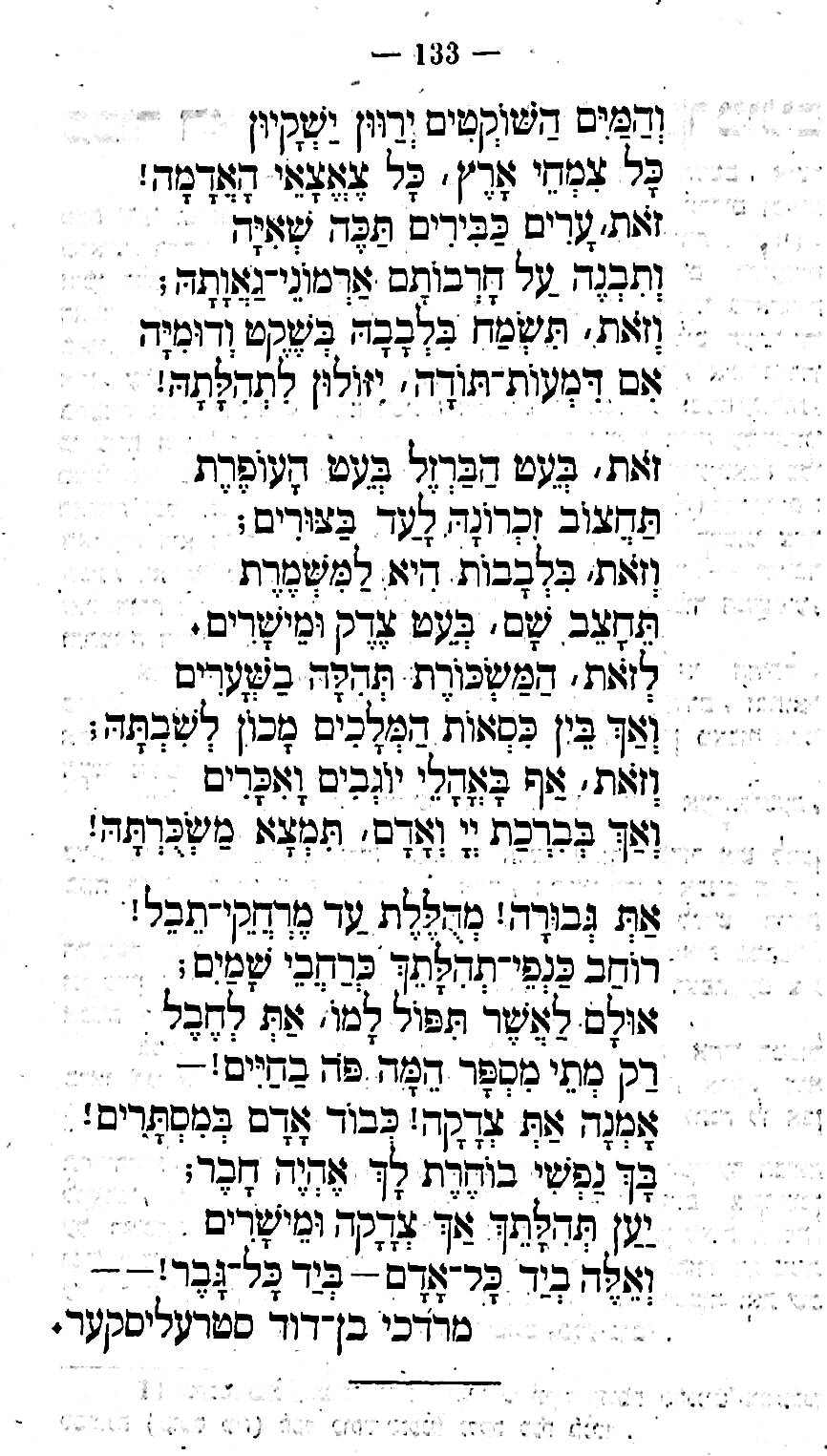 This contribution is by Asher Zelig haKohen Lauterbach (1826-1906), Galician Hebrew scholar and author. Lauterbach, born in Drohobych,studied on his own as a youth and acquired a comprehensive knowledge of Jewish and classical literature. An industrialist of independent means, he devoted much of his time to research and communal activity. Lauterbach maintained a lively correspondence with his fellow scholars and writers and wrote (over the signatureזה״ל) biblical and talmudic studies for most of the Hebrew papers and periodicals of the time. 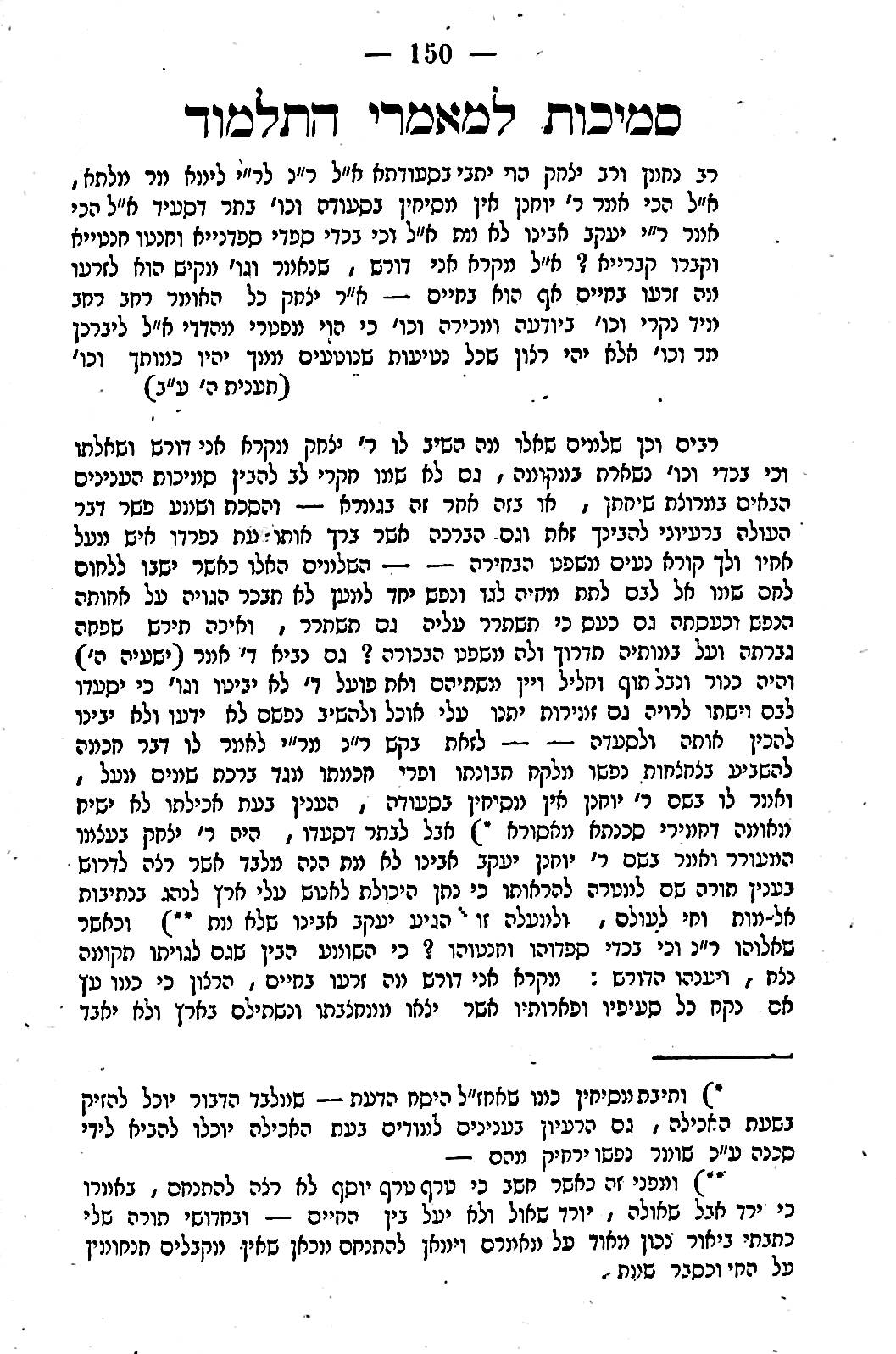 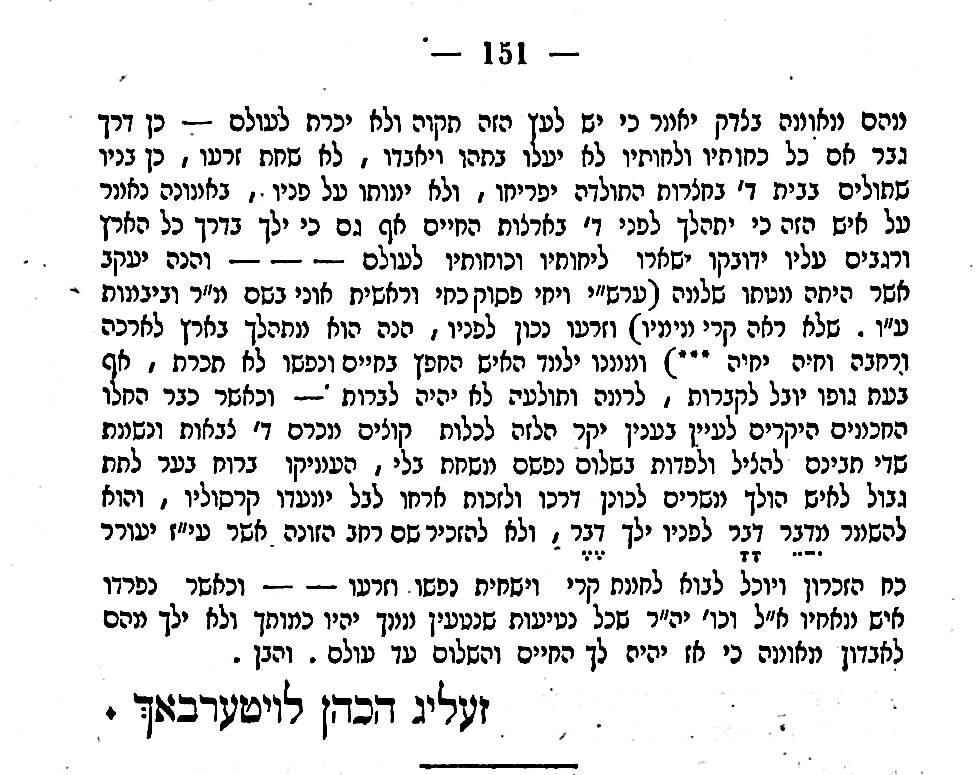 Finally, Here is the table of contents: 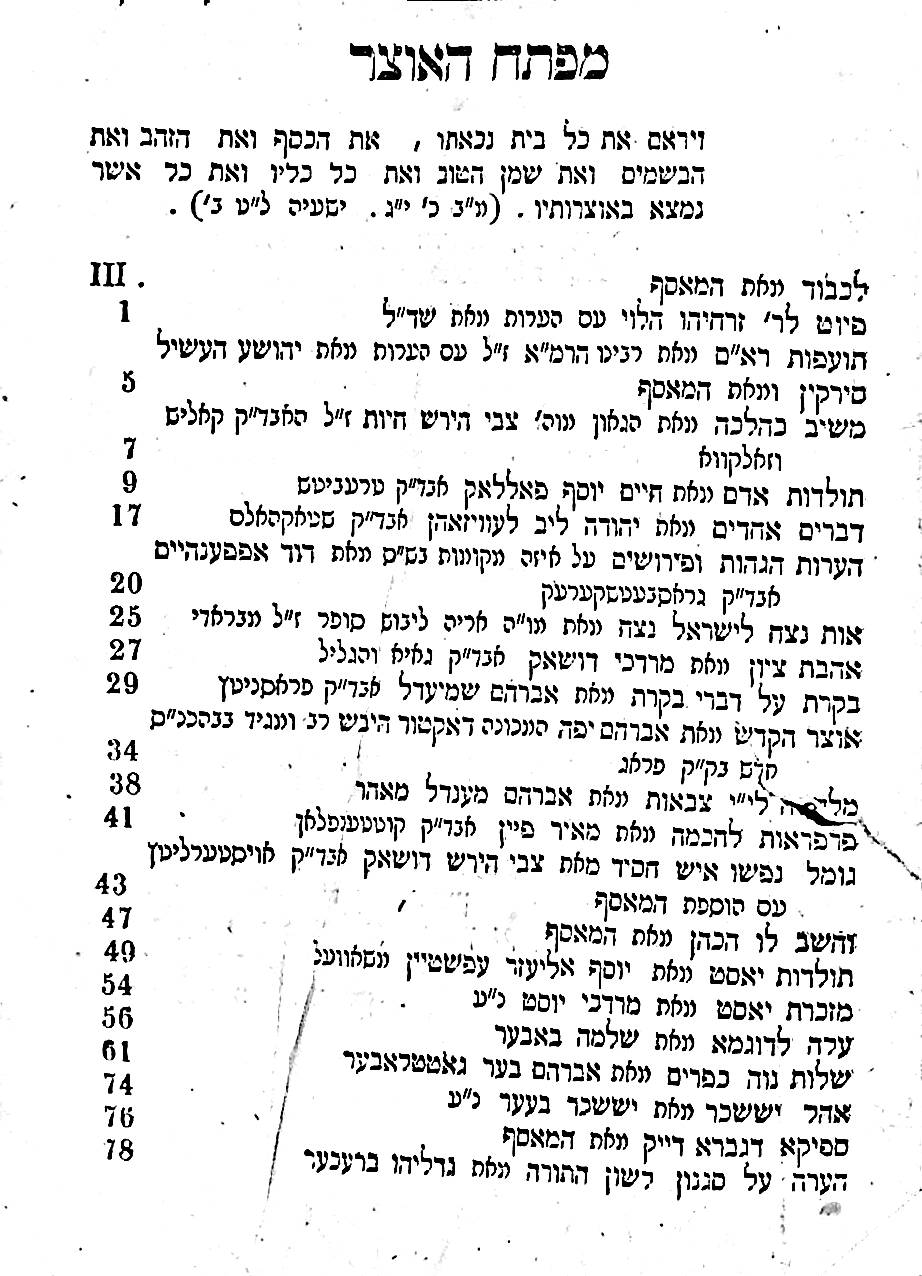 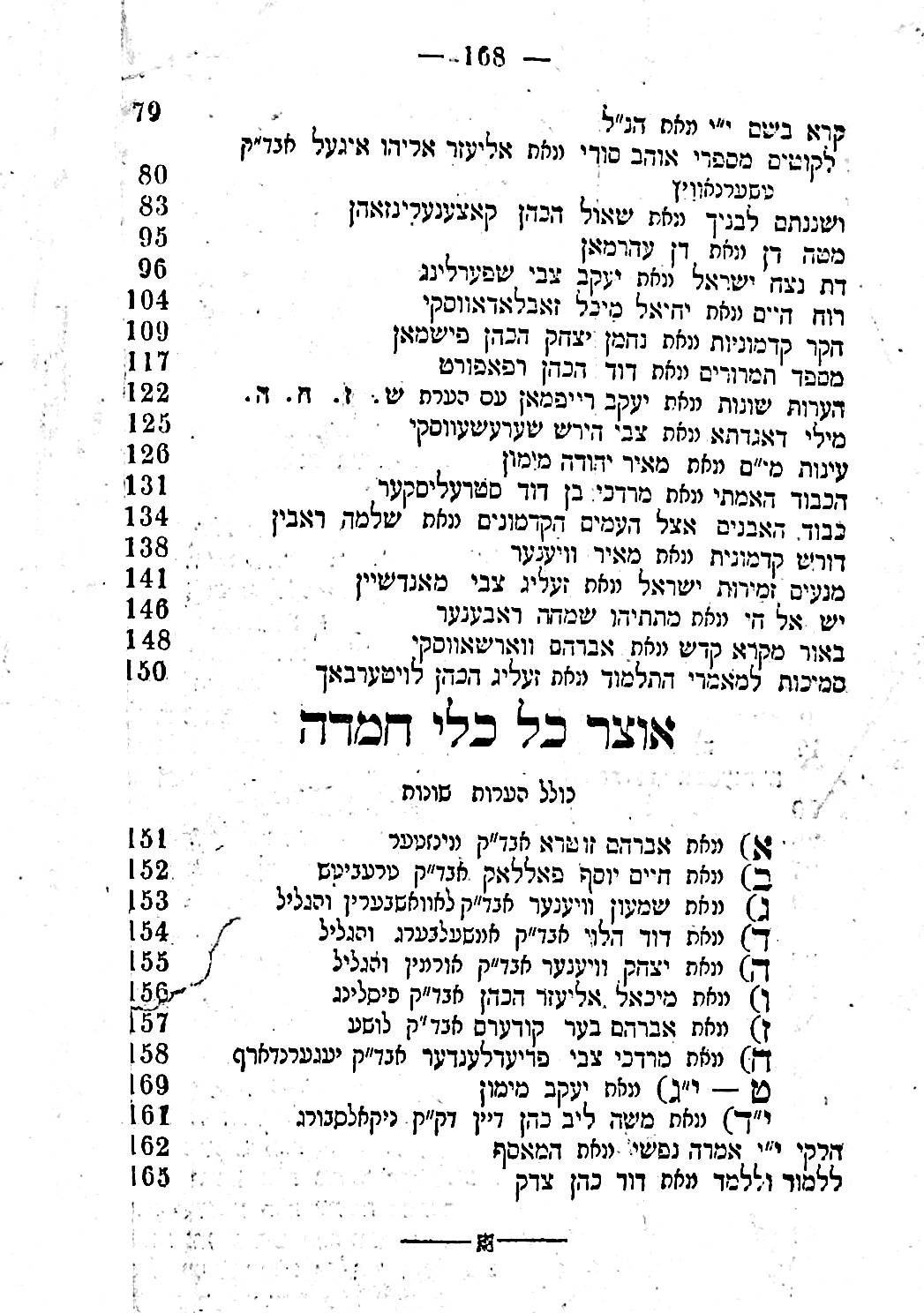