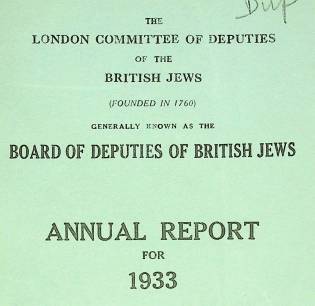 The Board of Deputies of British Jews was established in London in 1760, when seven deputies were appointed by the elders of the Sephardi congregation of Spanish and Portuguese to form a standing committee and pay homage to King George III on his accession to the throne. Shortly thereafter the Ashkenazi Jewish Congregation from Central and Eastern Europe similarly appointed their own “Secret Committee for Public Affairs” to deal with any urgent political matters that might arise, and safeguard the interests of British Jews as a religious community, both in the British Isles, and in the colonies. They soon began to meet together as occasions arose. By the 1810s they united as one body named the London Committee of Deputies of British Jews.

The Board forms a democratic parliamentary body representing British Jewry, with each Deputy being elected either by a synagogue or by an organization. When I was a Member of the Board of Deputies, as a student, I represented the Inter-University Jewish Federation (now known as the Union of Jewish Students).

This is the report for 1933, with Neville Laski as the newly elected President of the Board.  As the report says, “The work of the Board in 1933 was dominated and overshadowed by the tragedy which overwhelmed the Jews in Germany.”

This report has some lists of interest. It includes an alphabetical list of the Members, a list of the Synagogues and Organizations  which they represented, and also a list of the Secretaries of Jewish Synagogues in the British Isles Certified for Marriage Registration Purposes by the President of the Board.  These lists are scanned below. 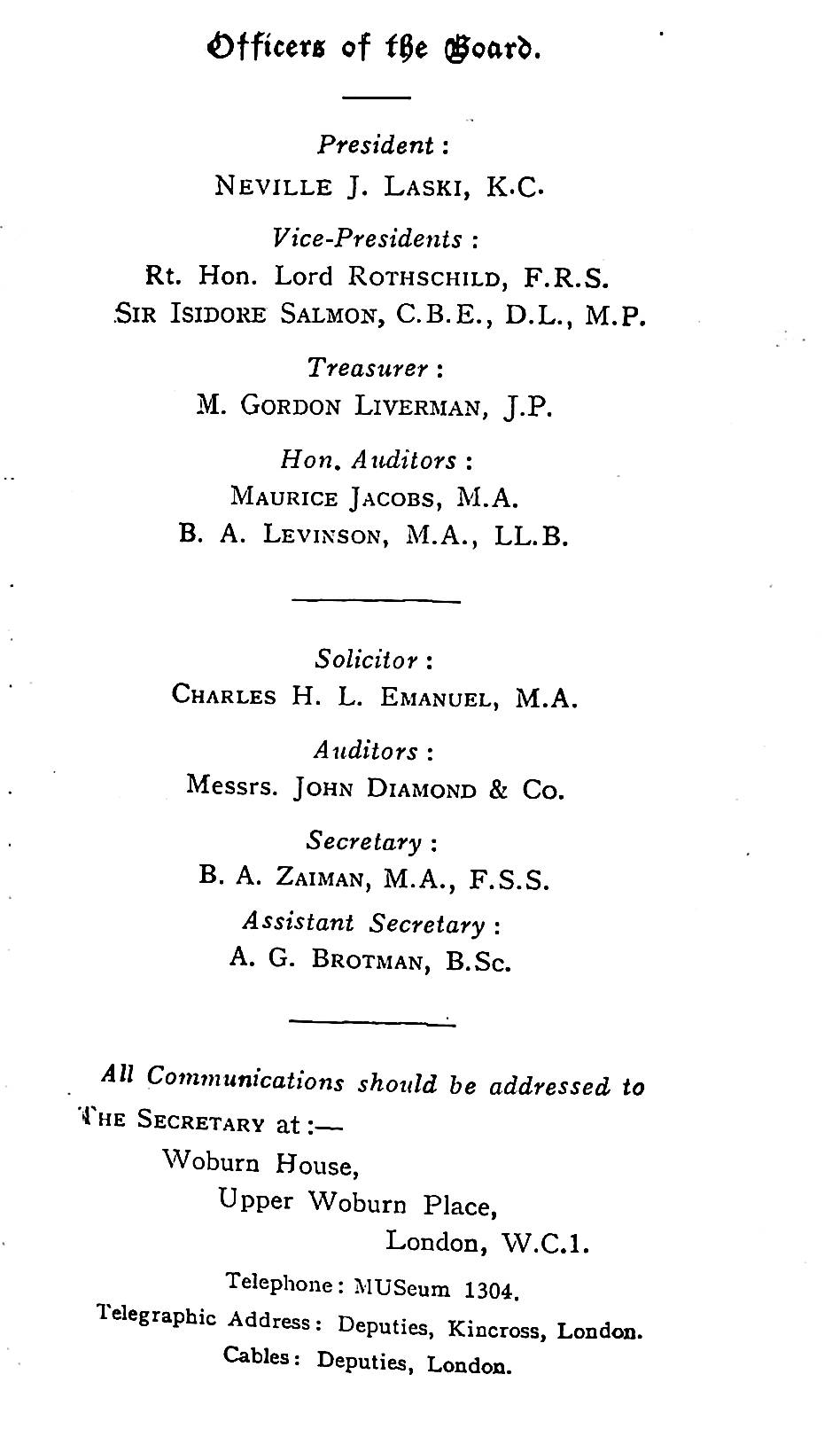 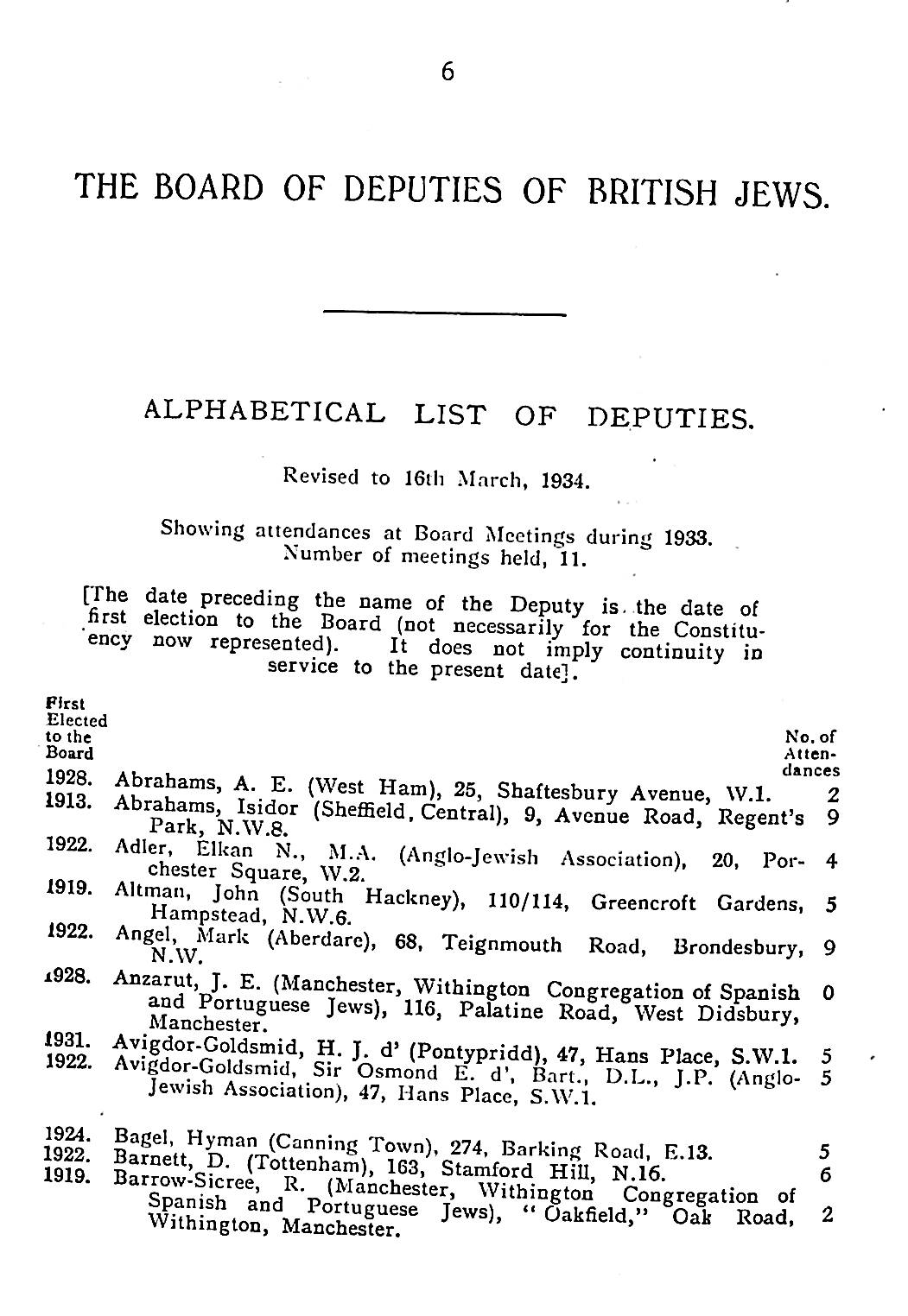 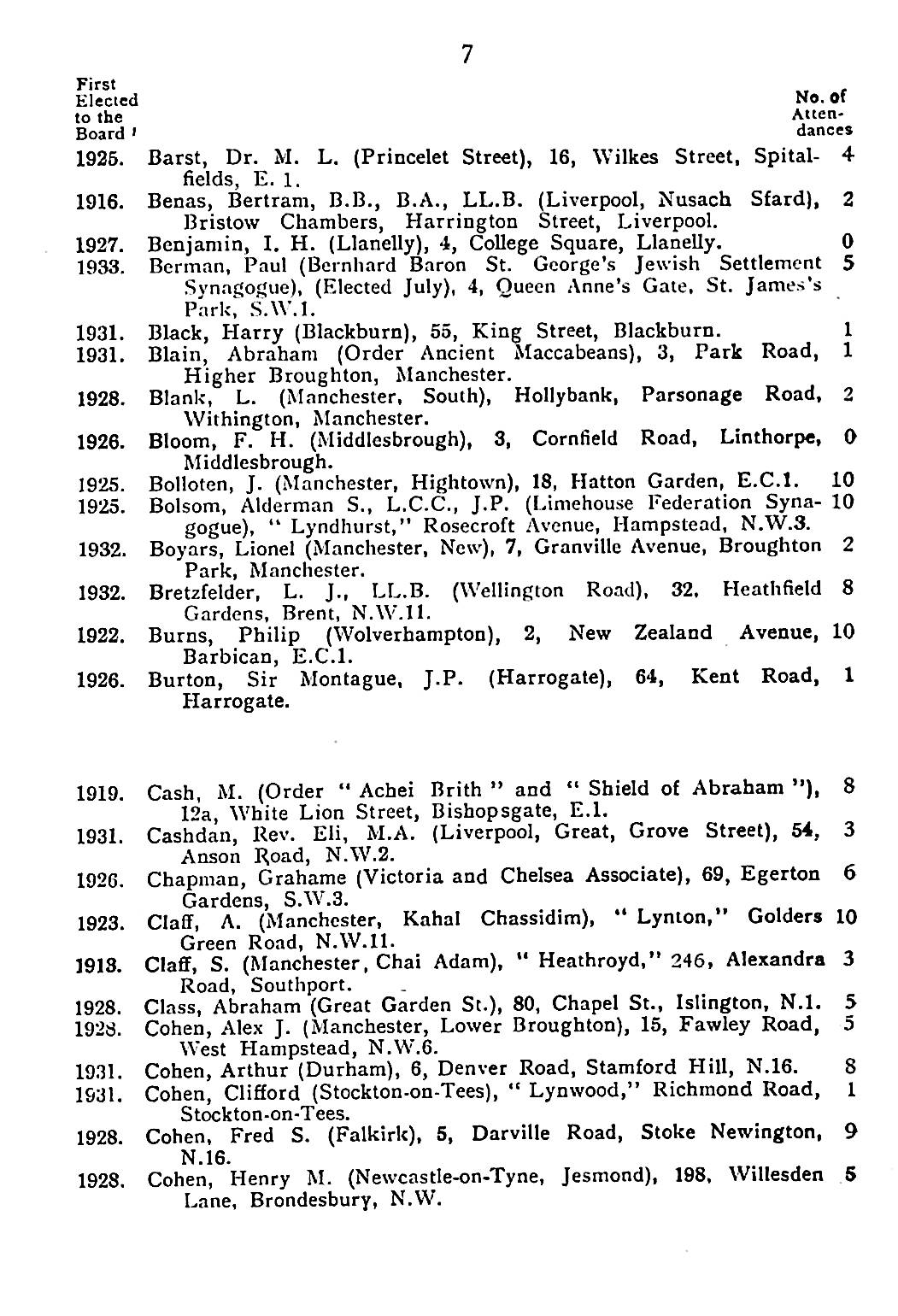 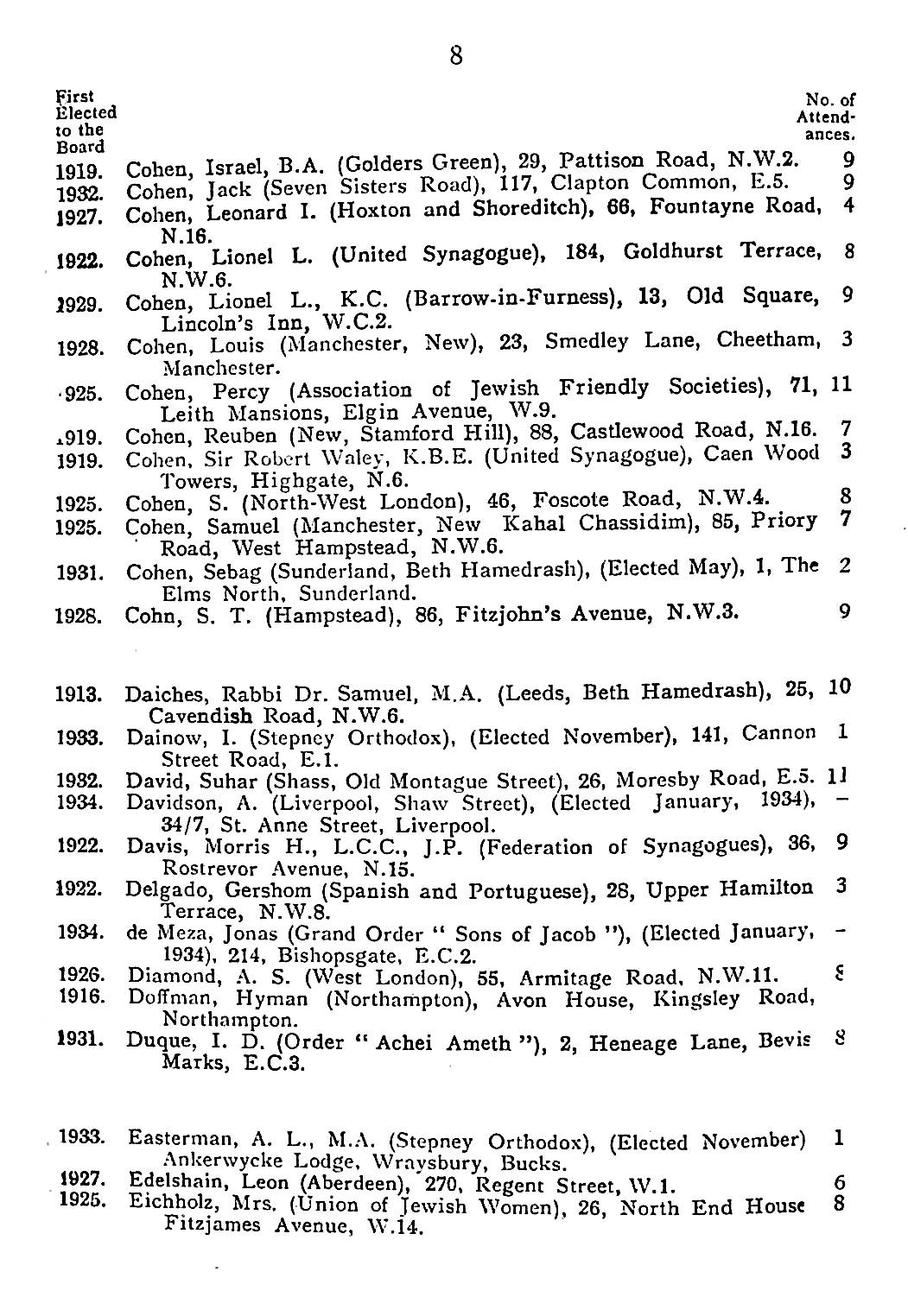 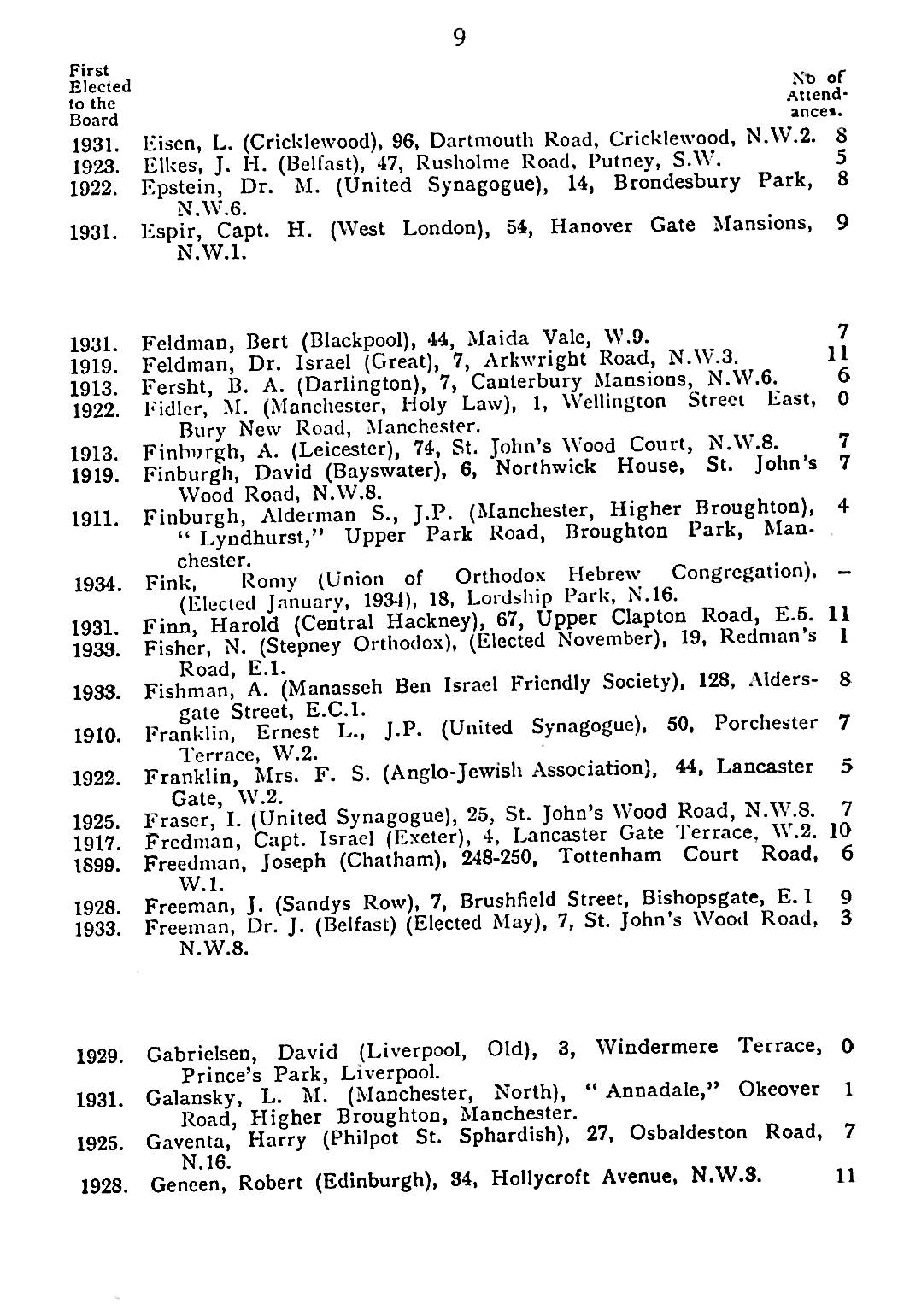 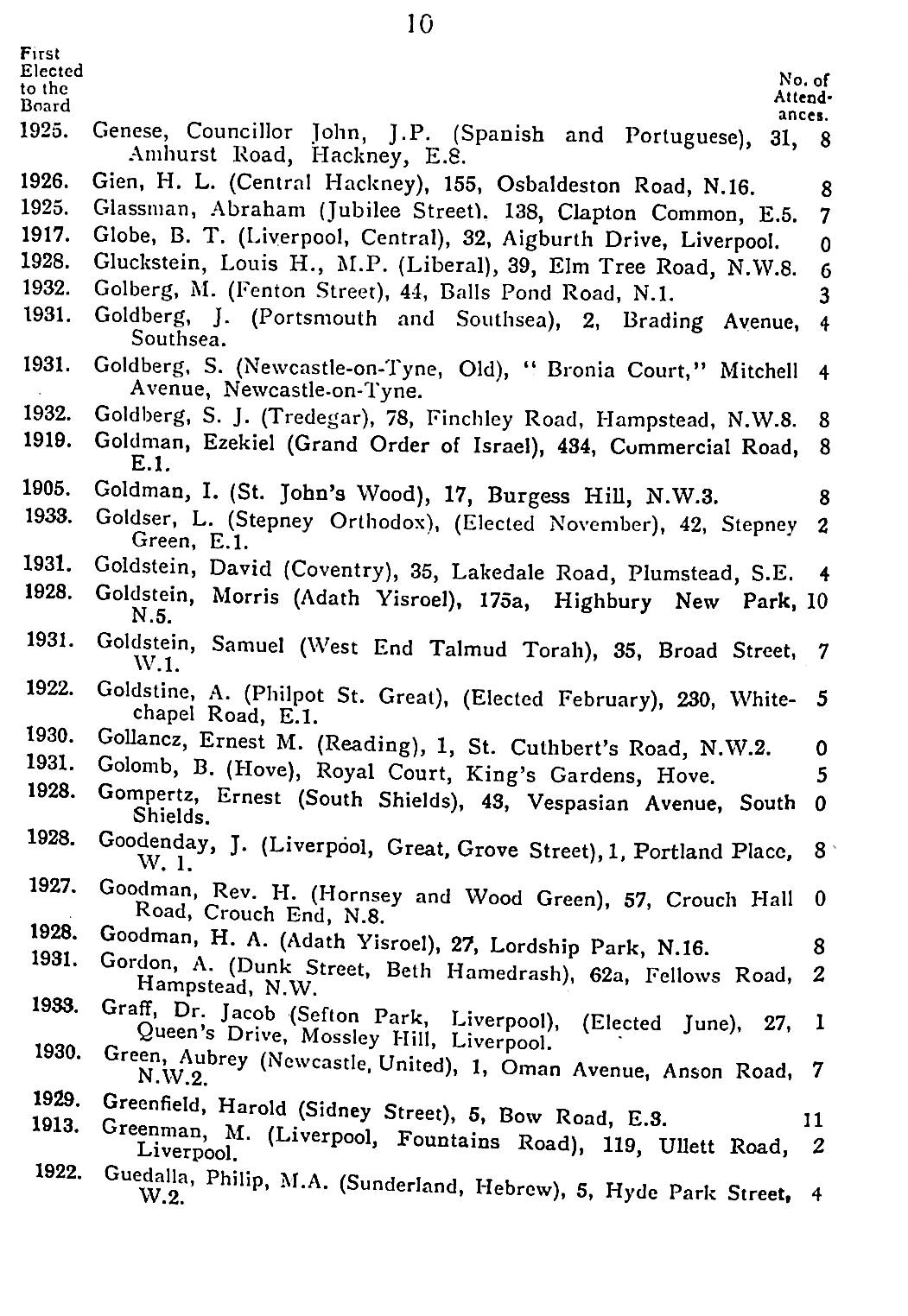 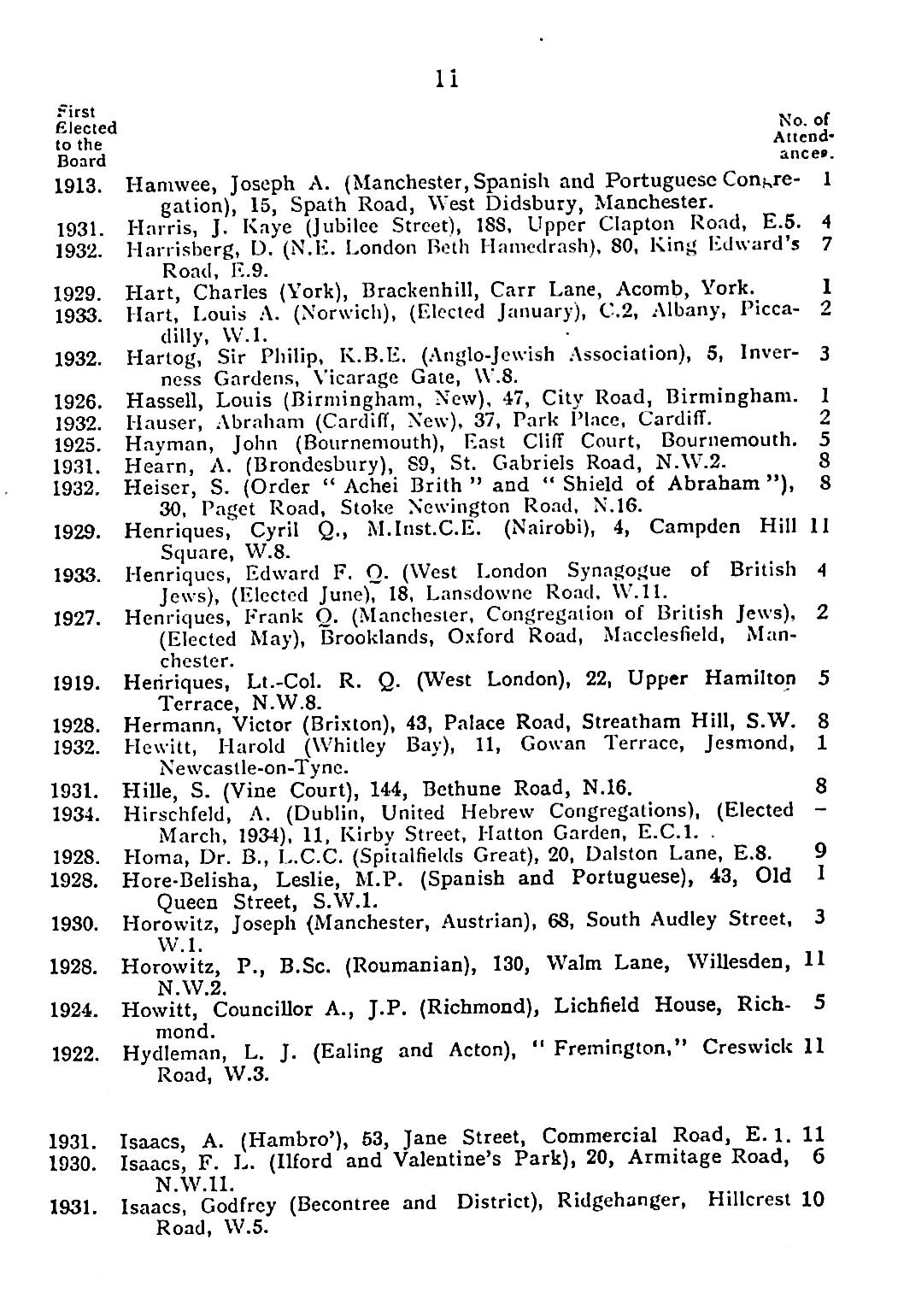 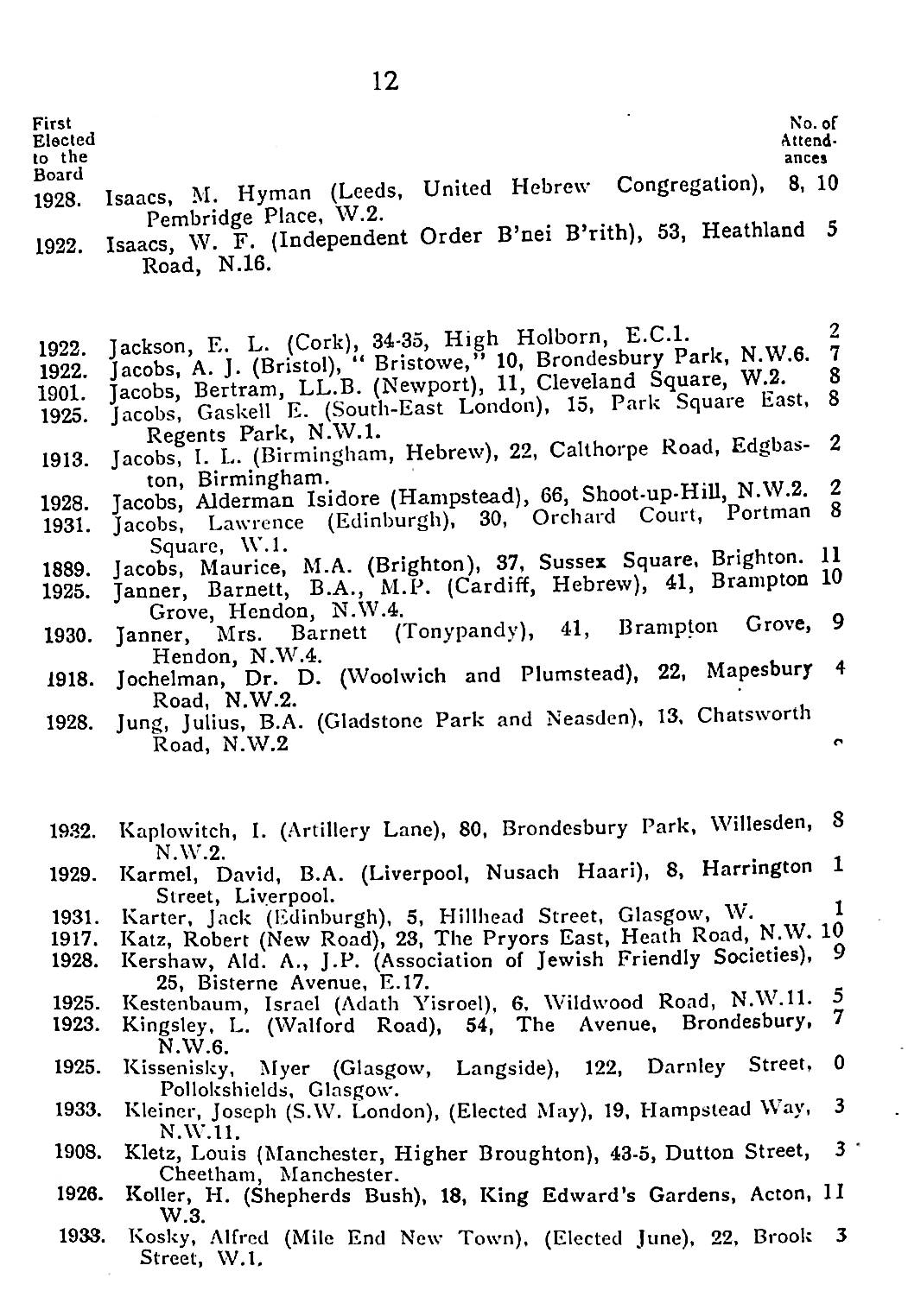 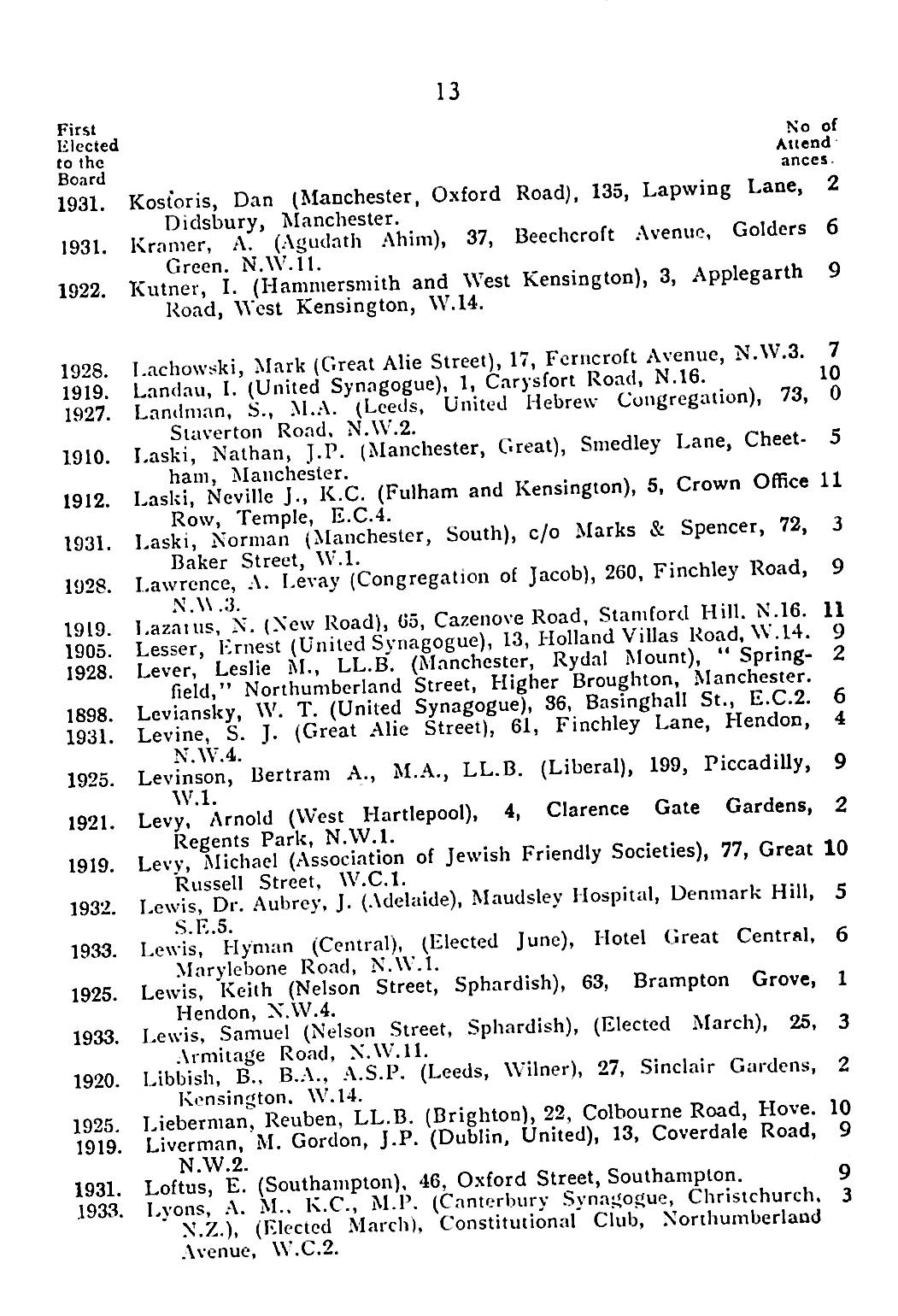 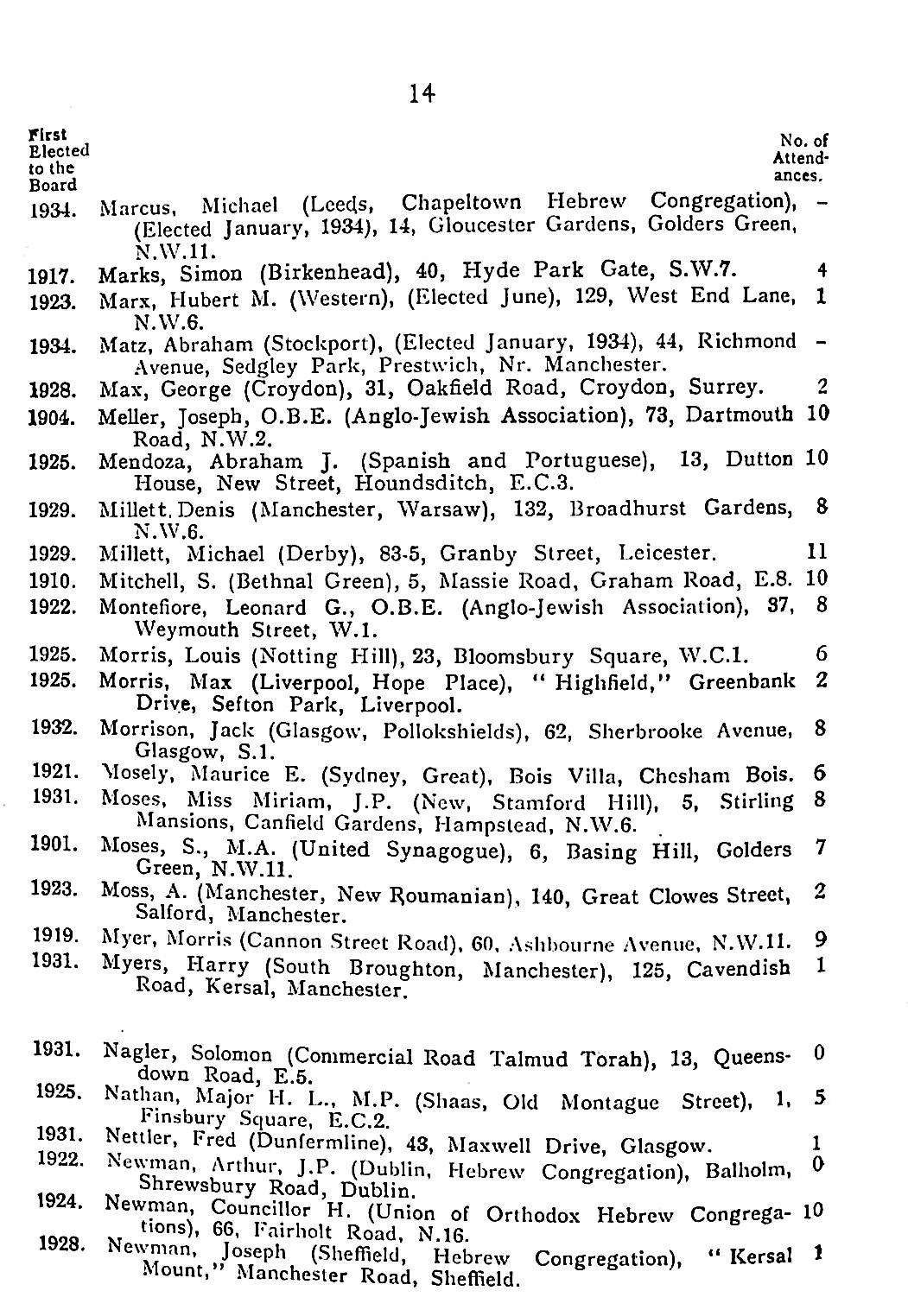 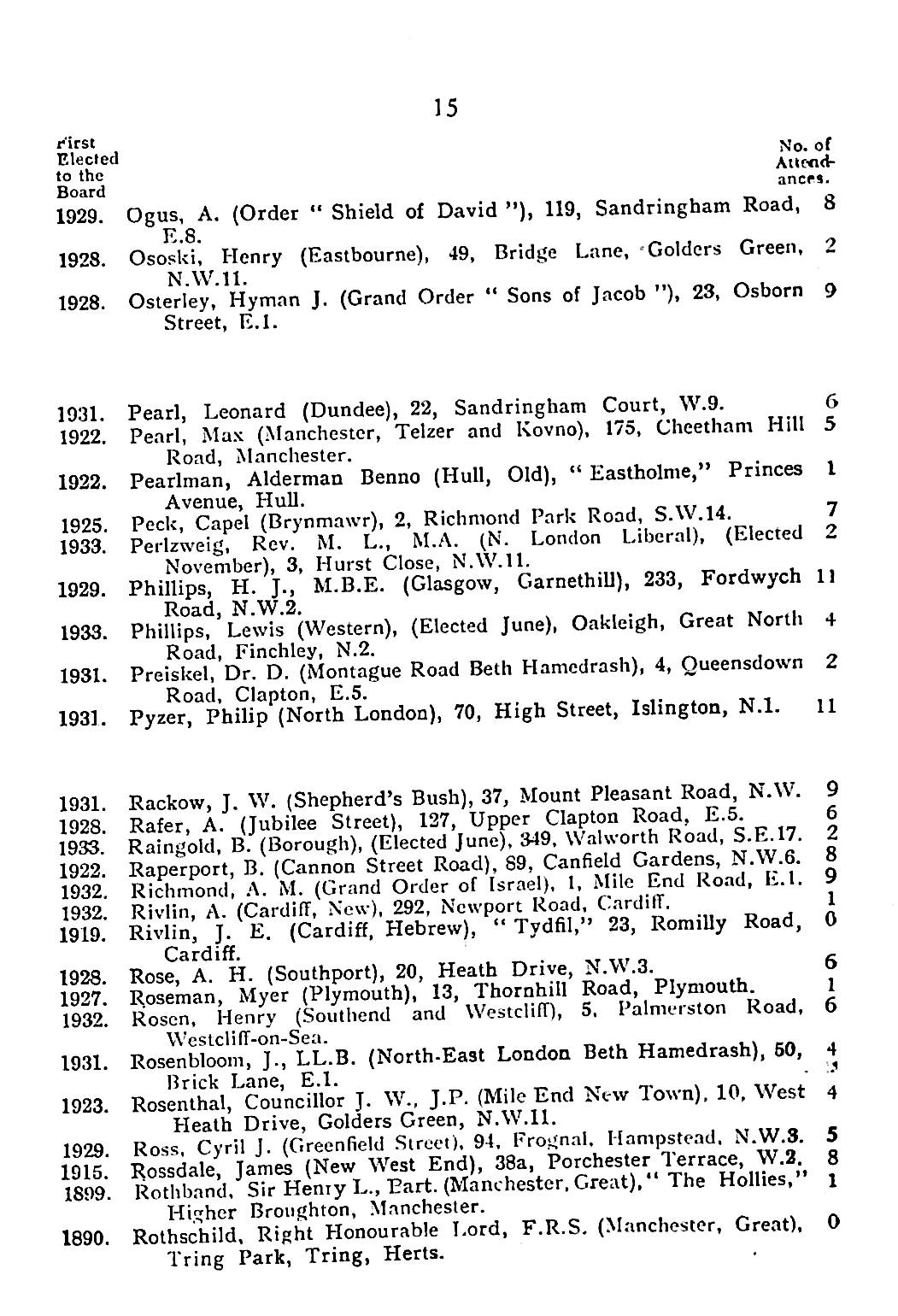 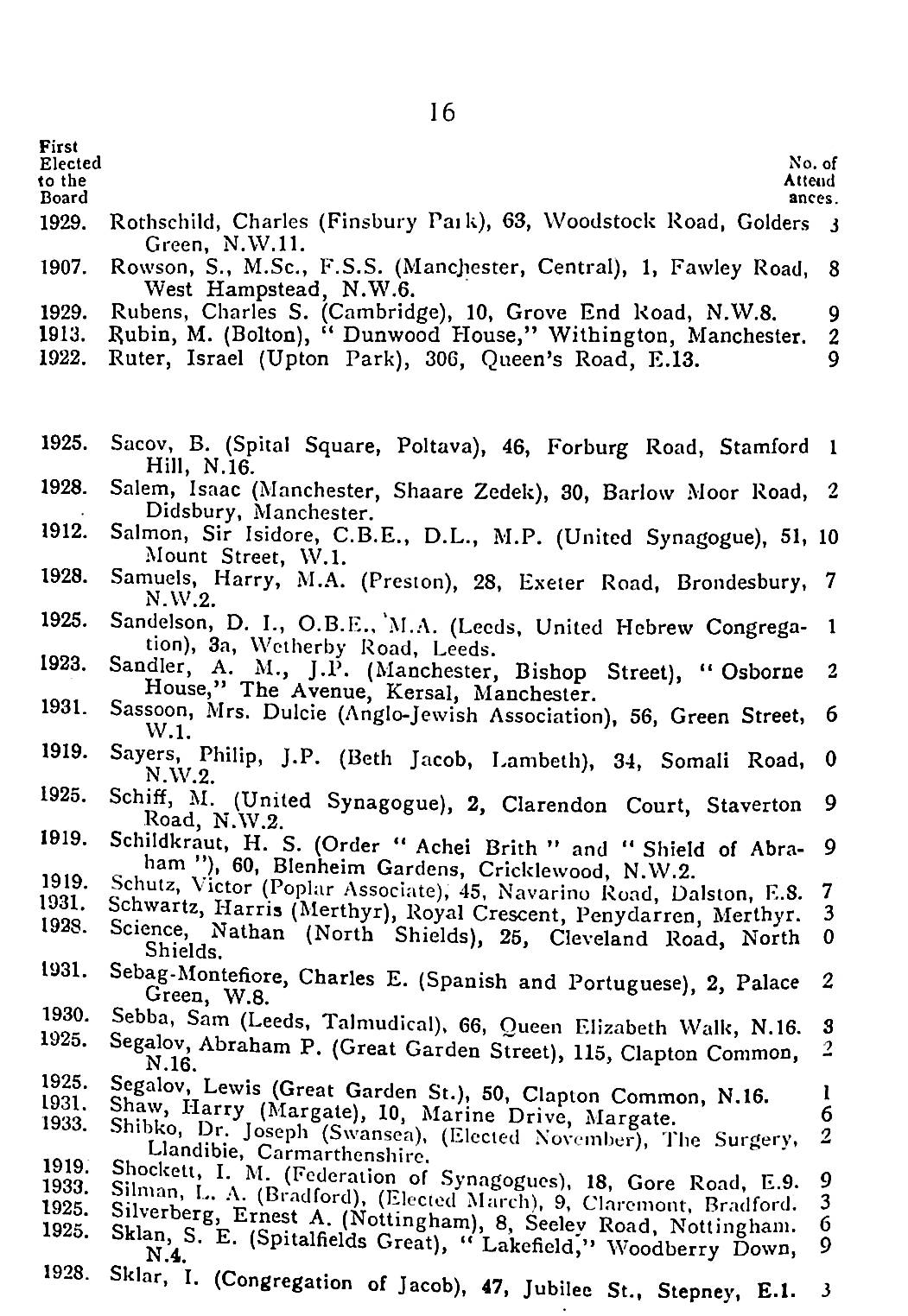 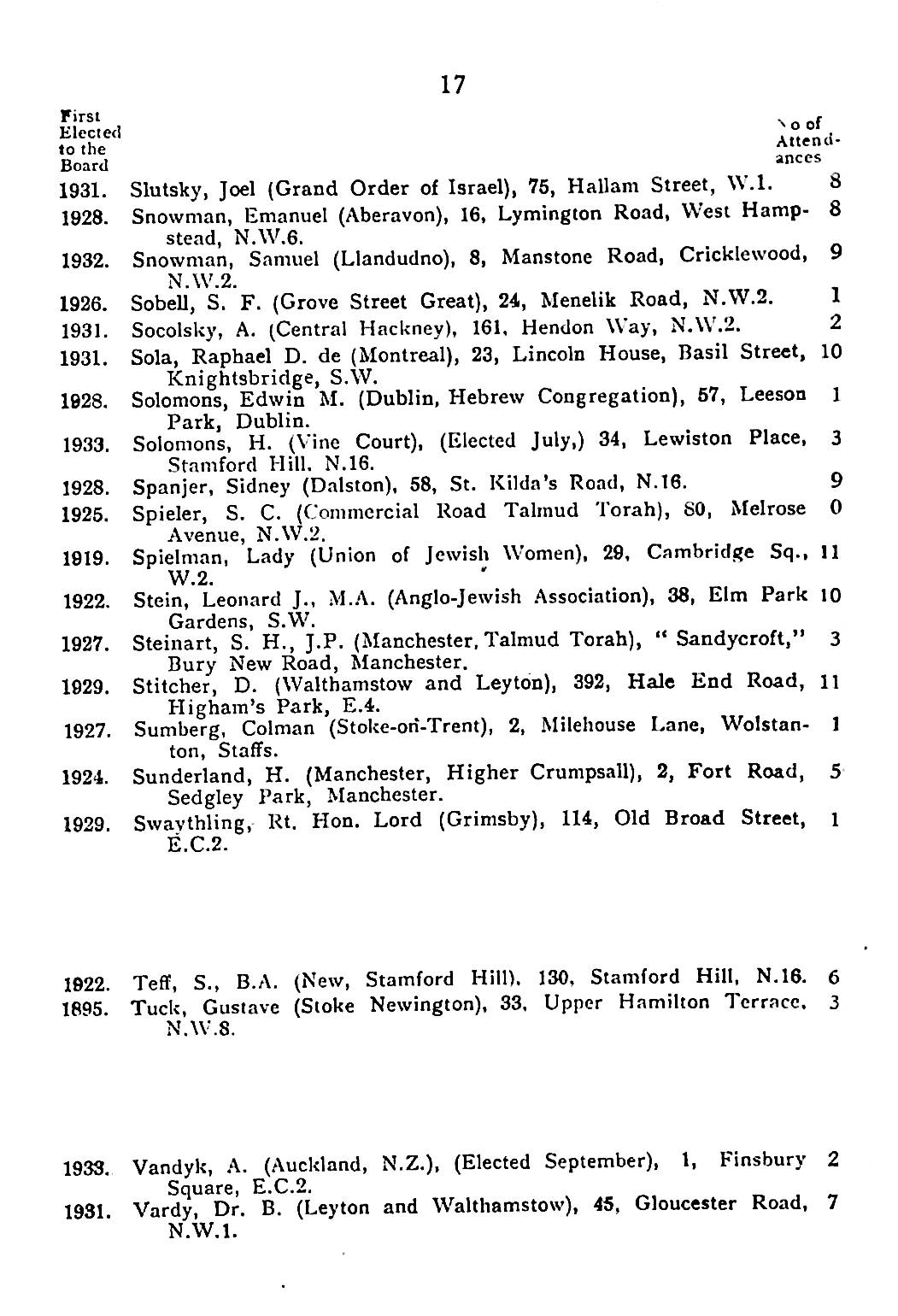 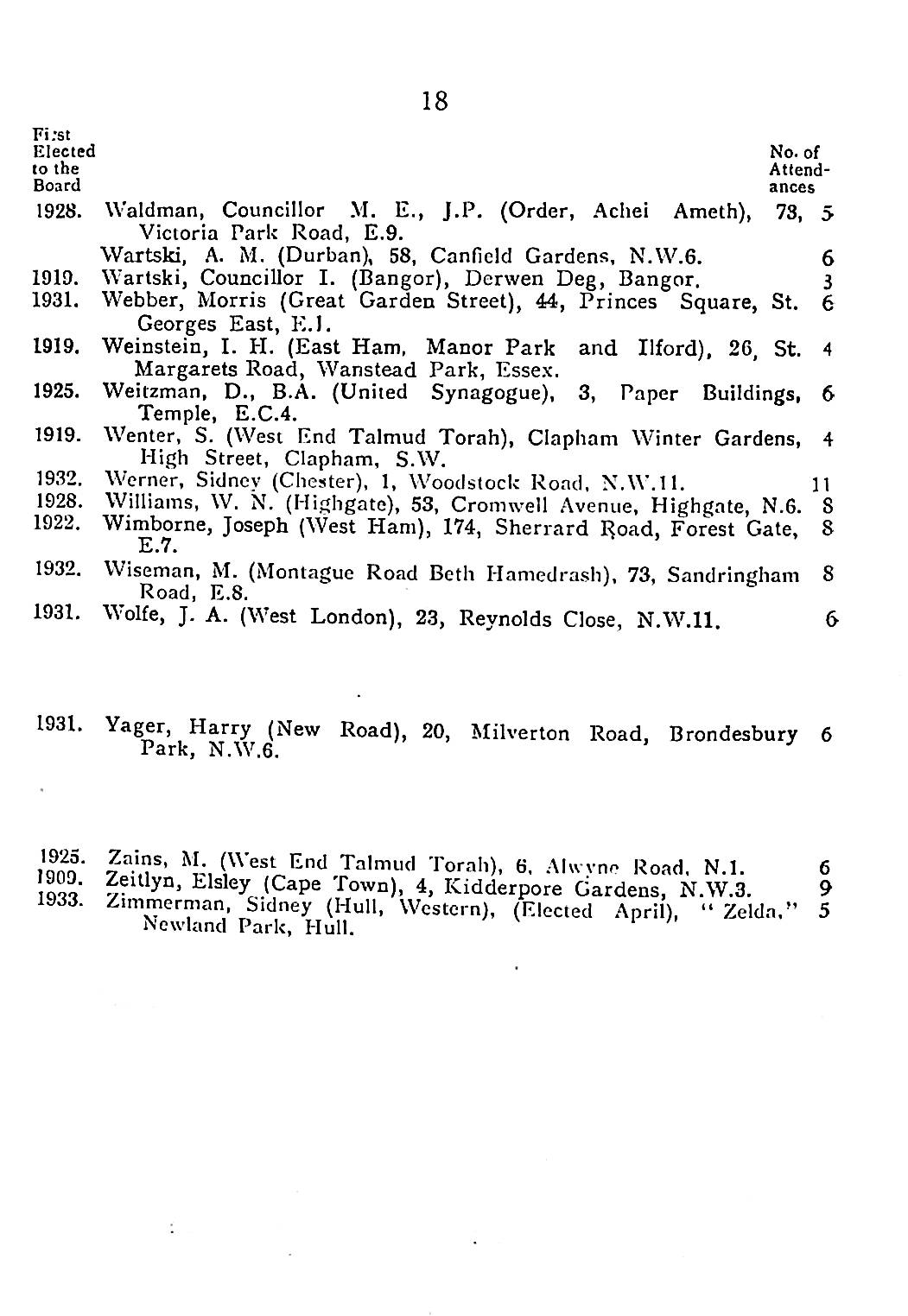 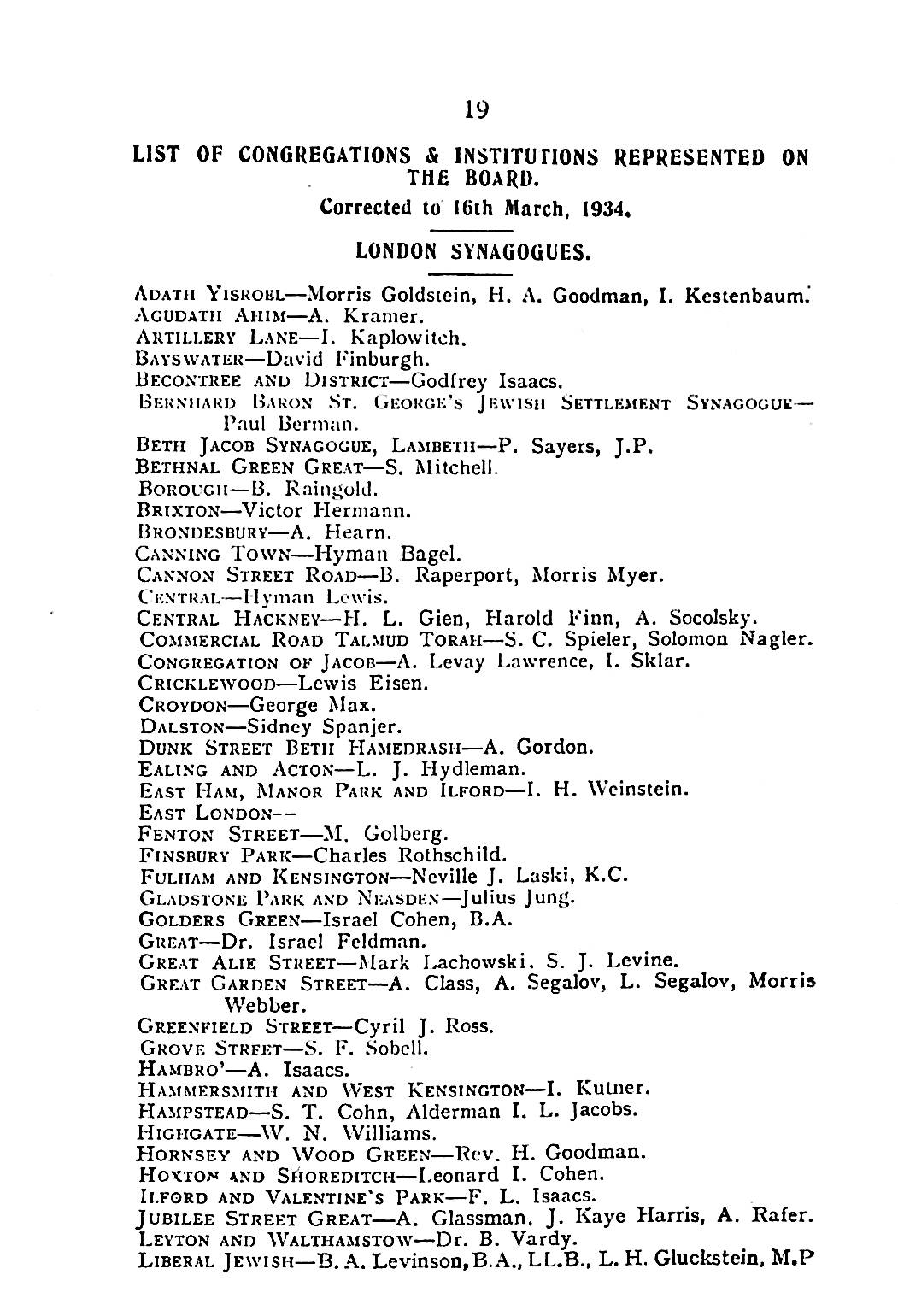 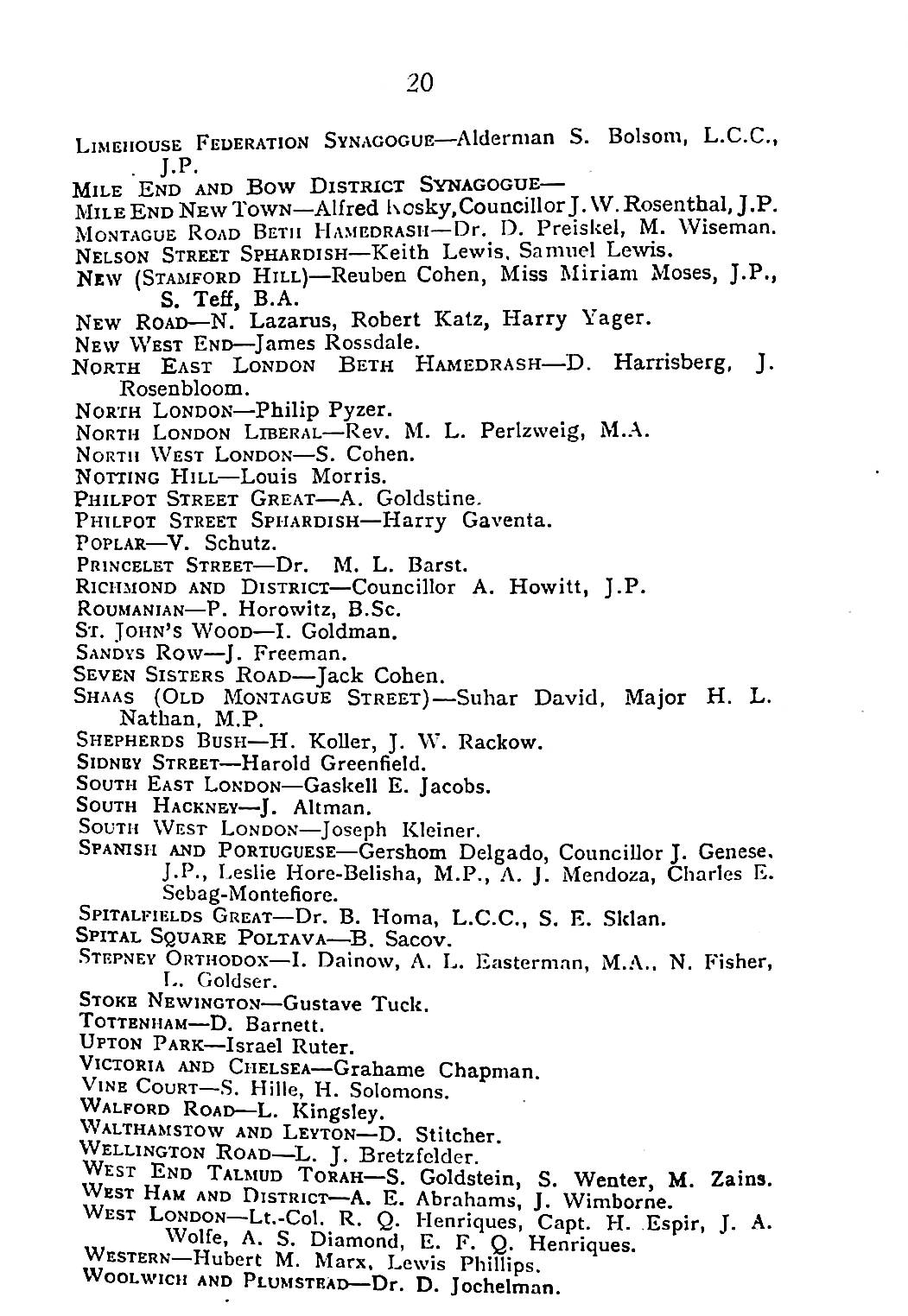 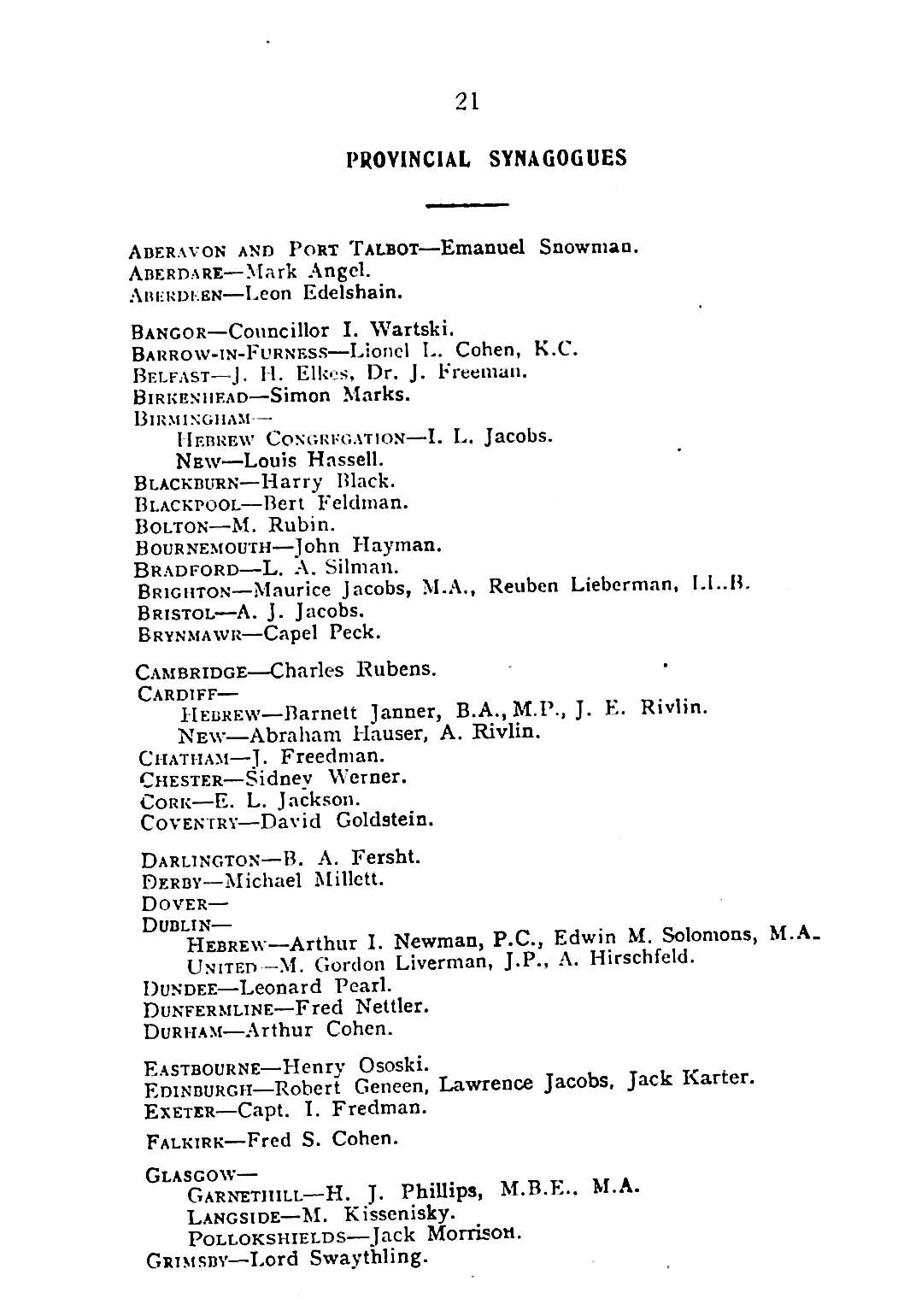 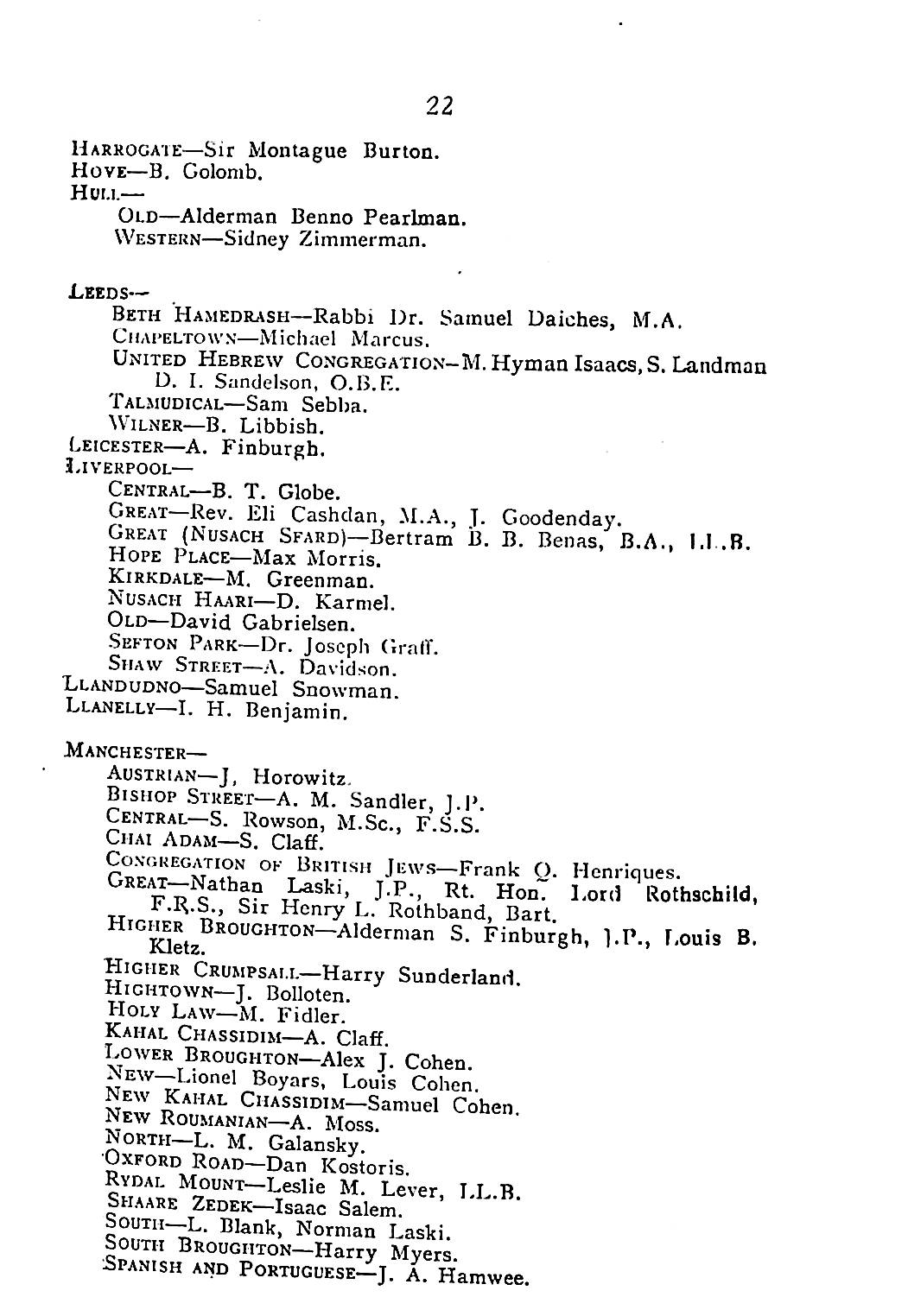 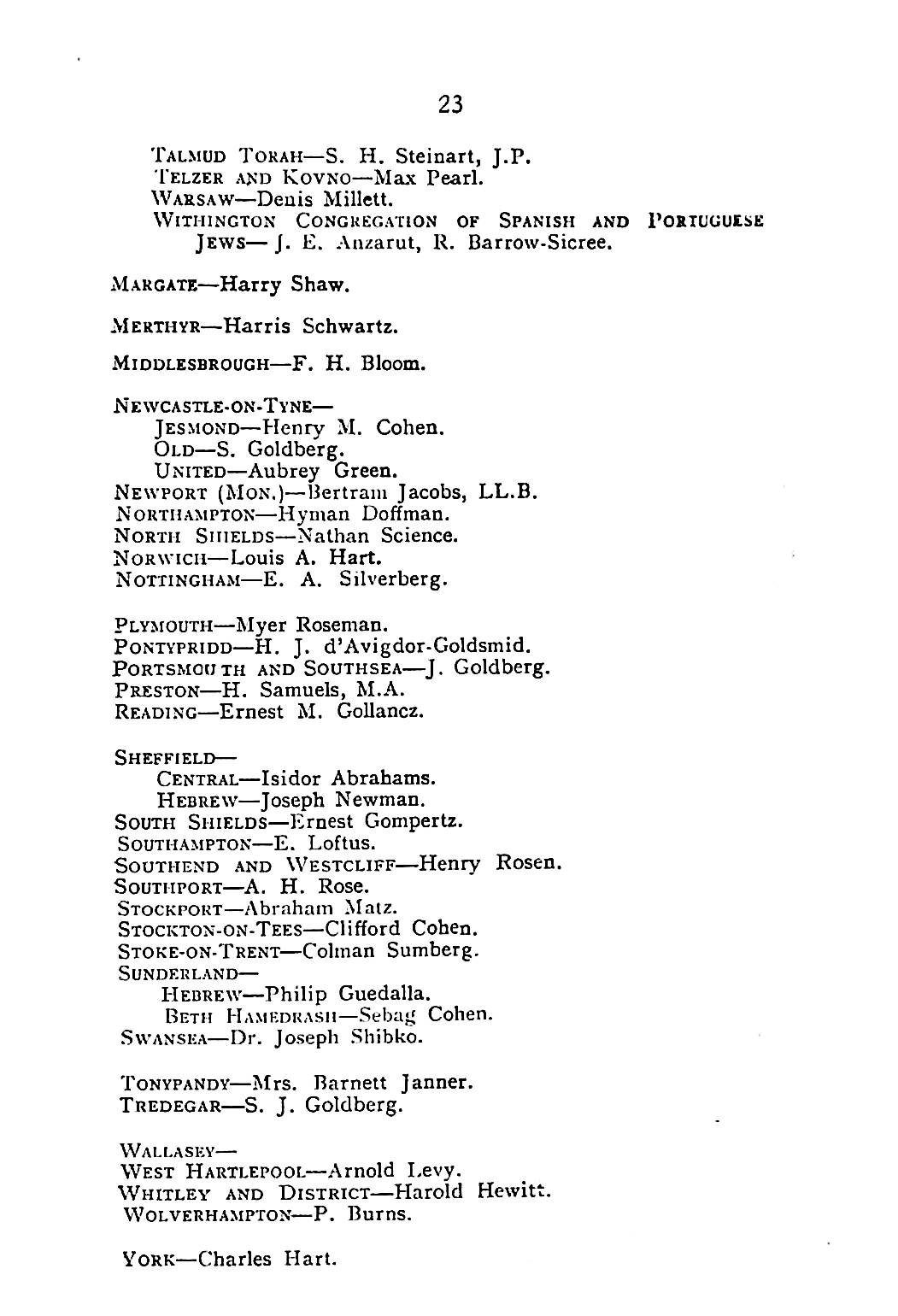 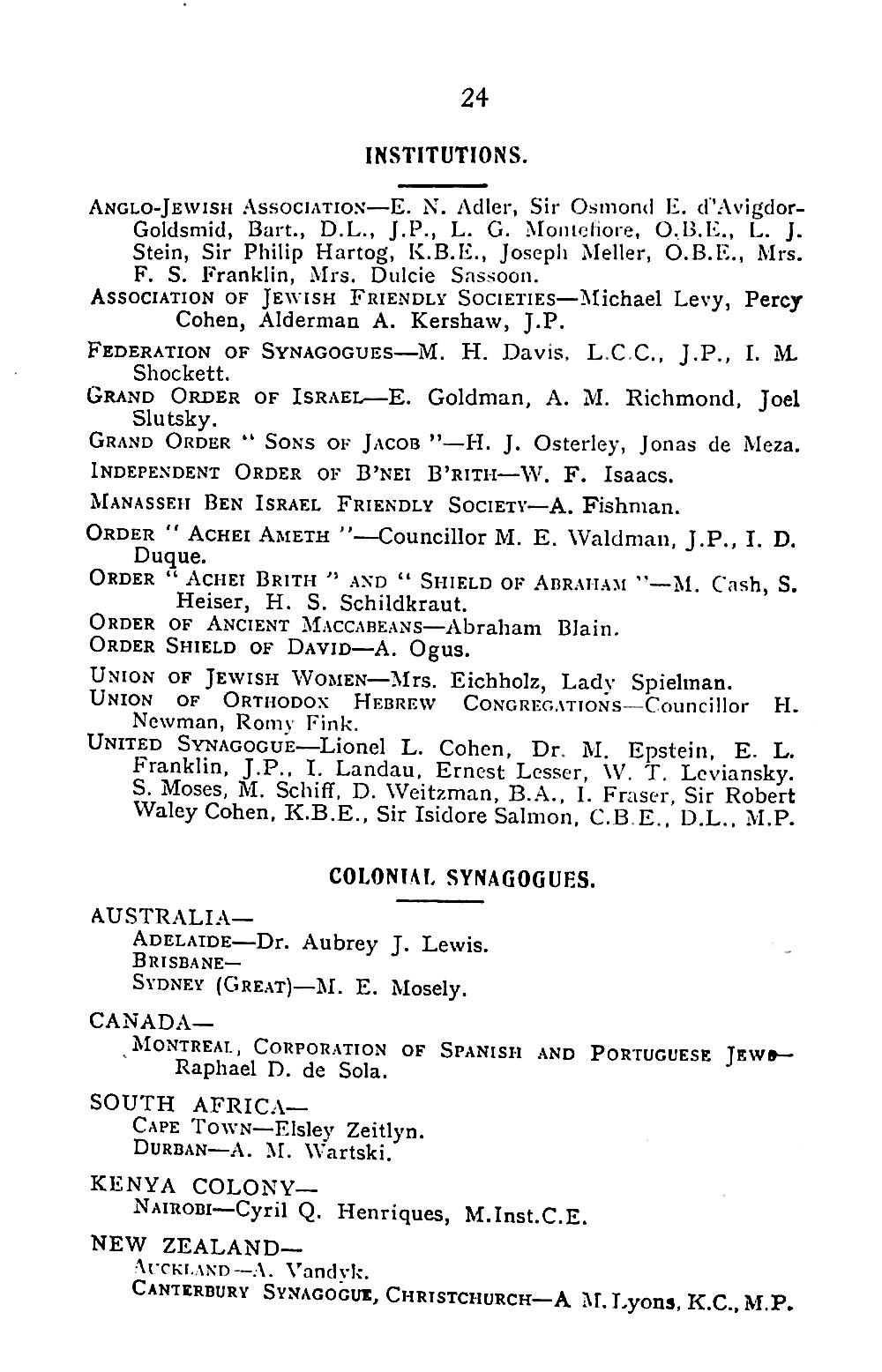 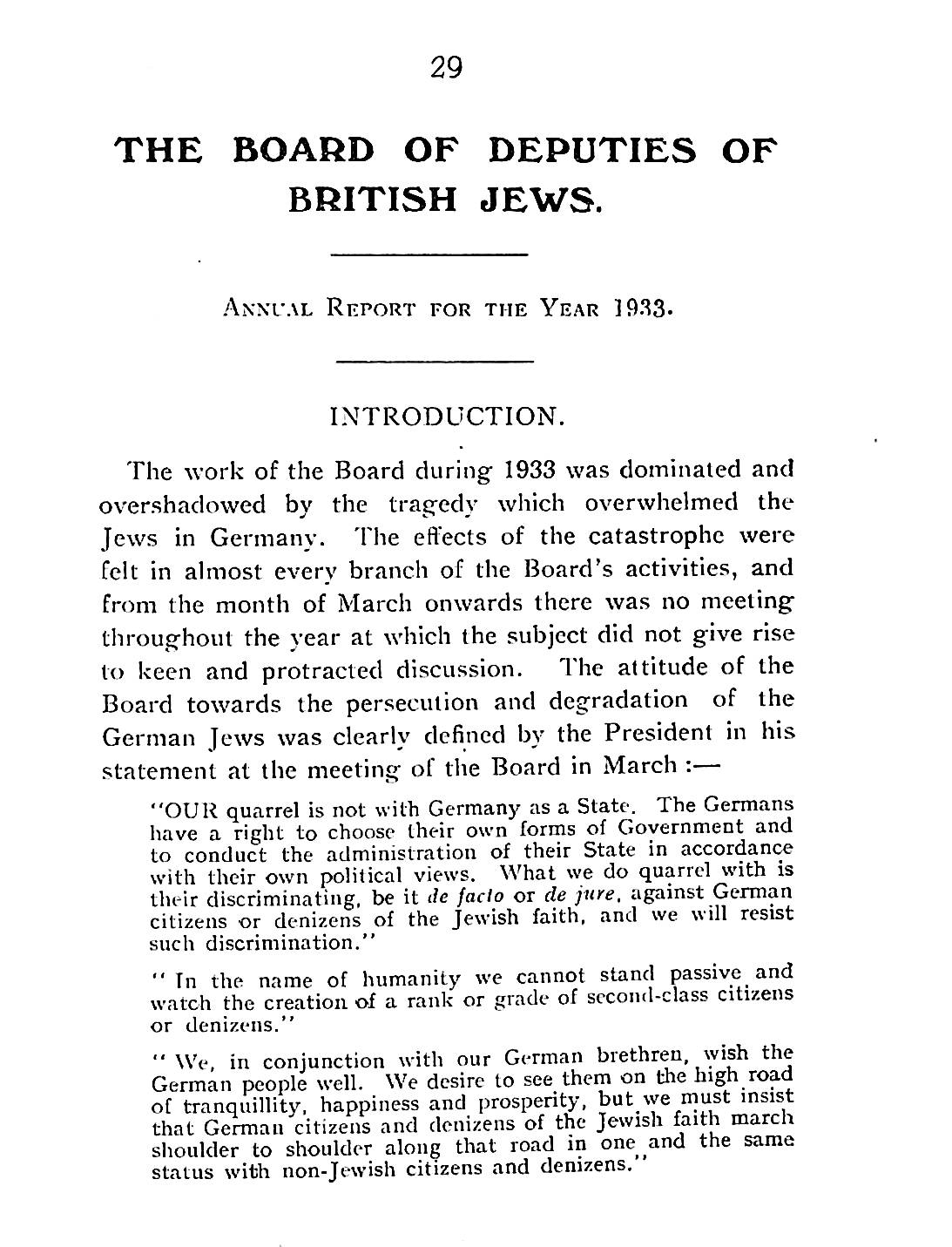 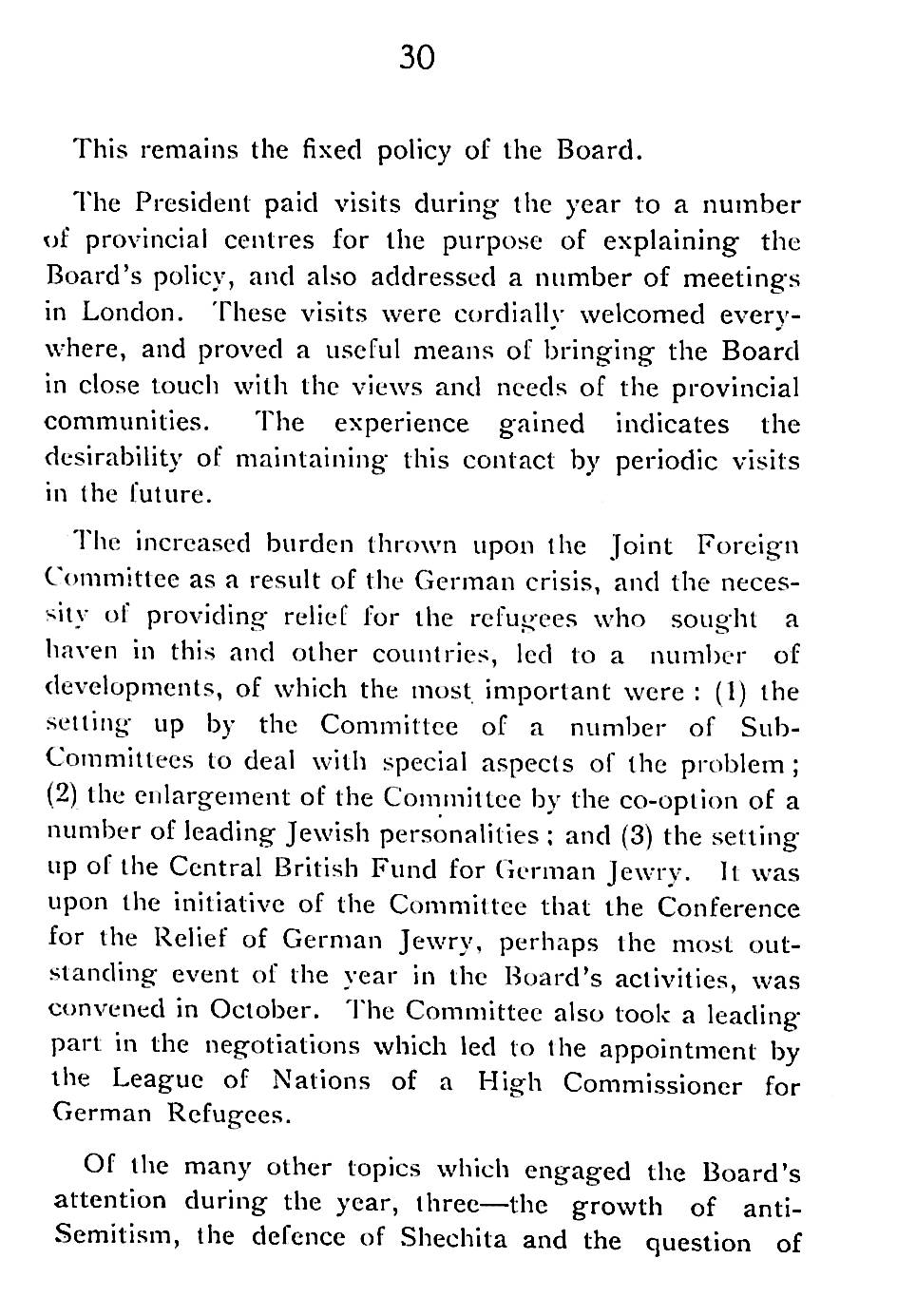 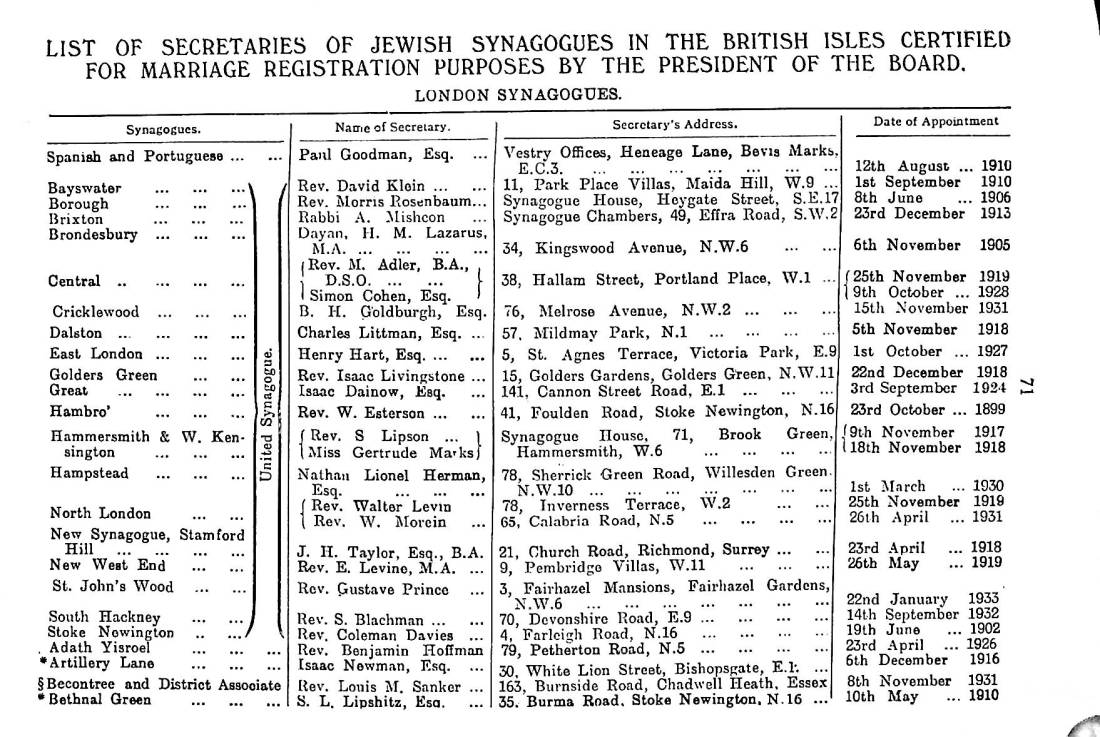 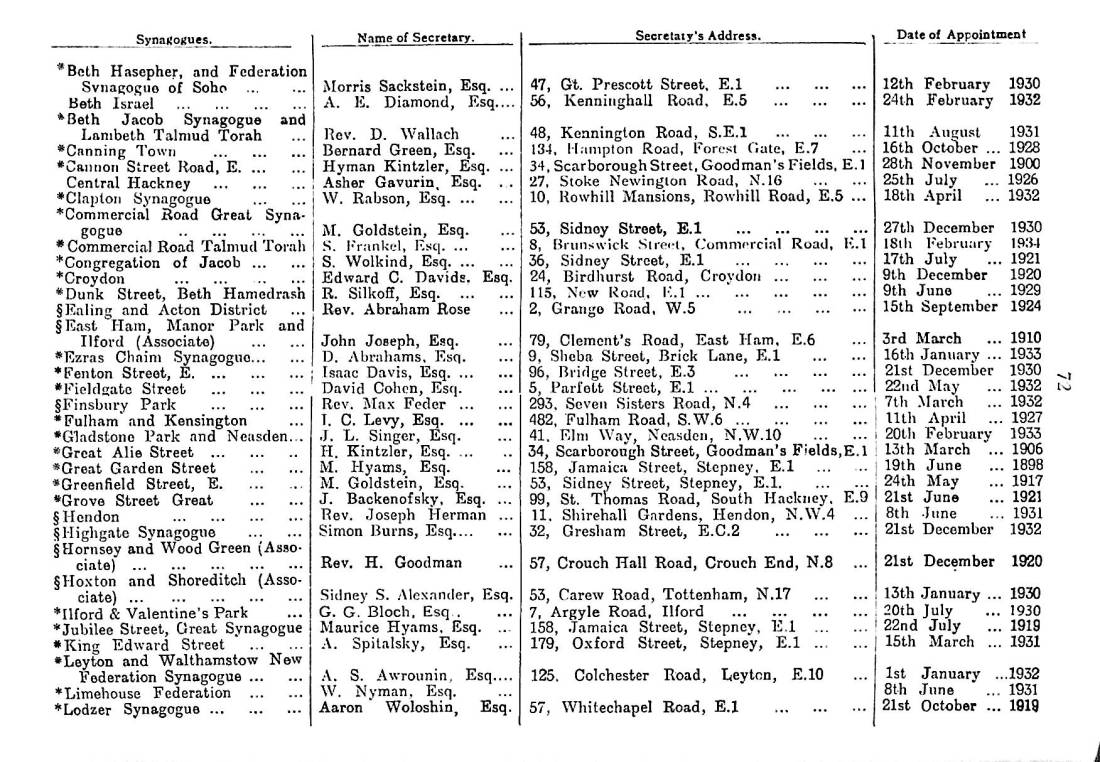 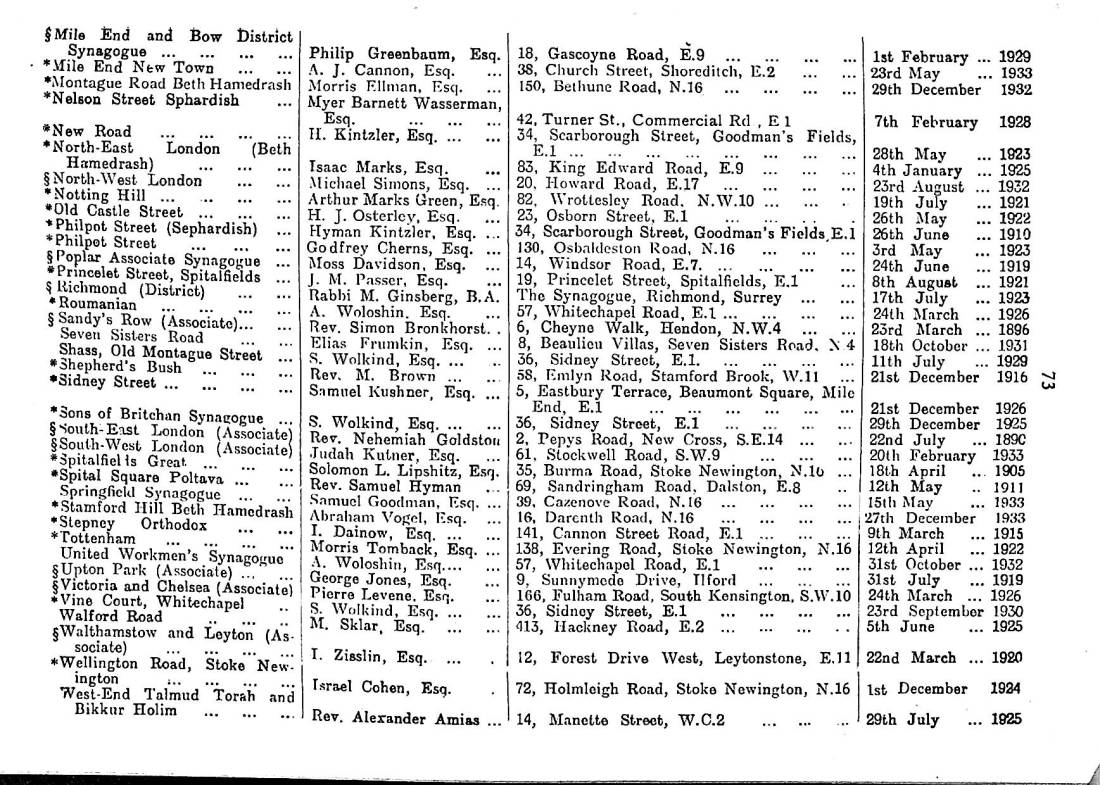 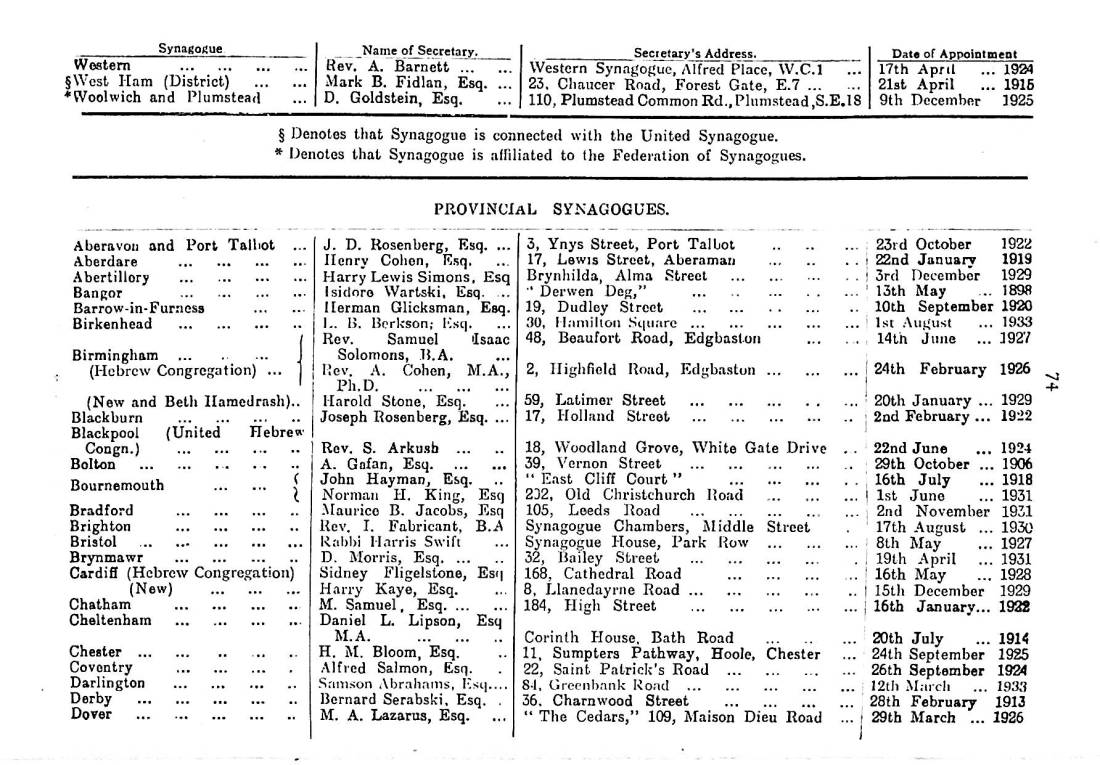 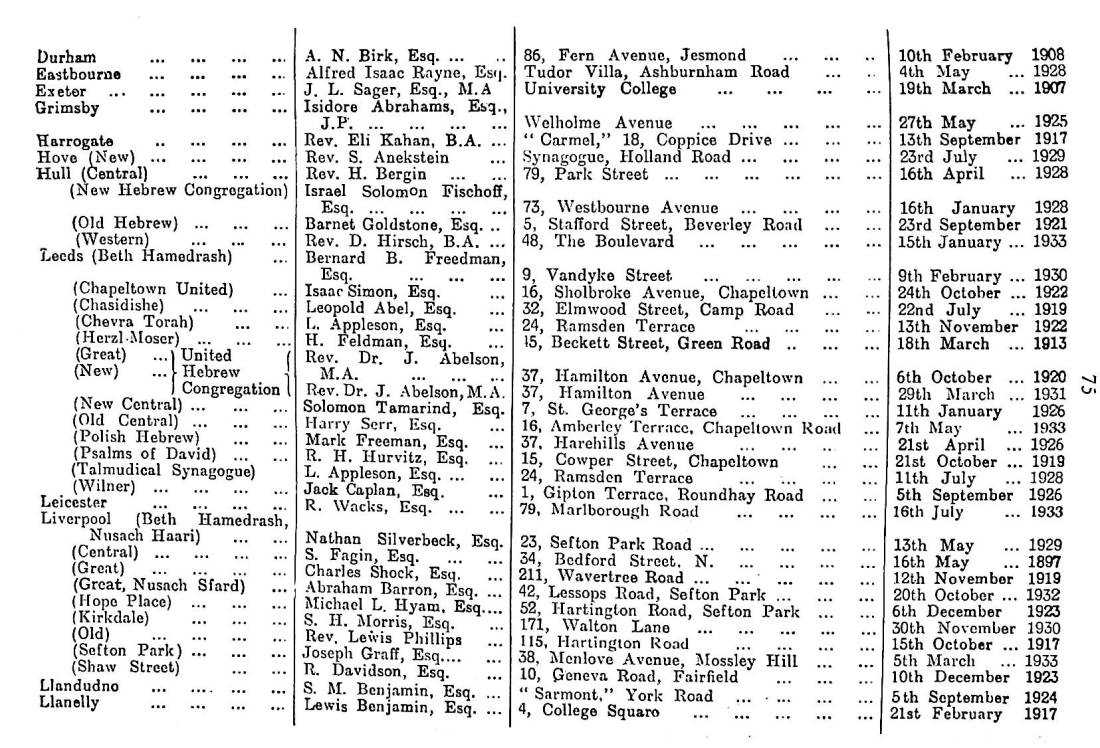 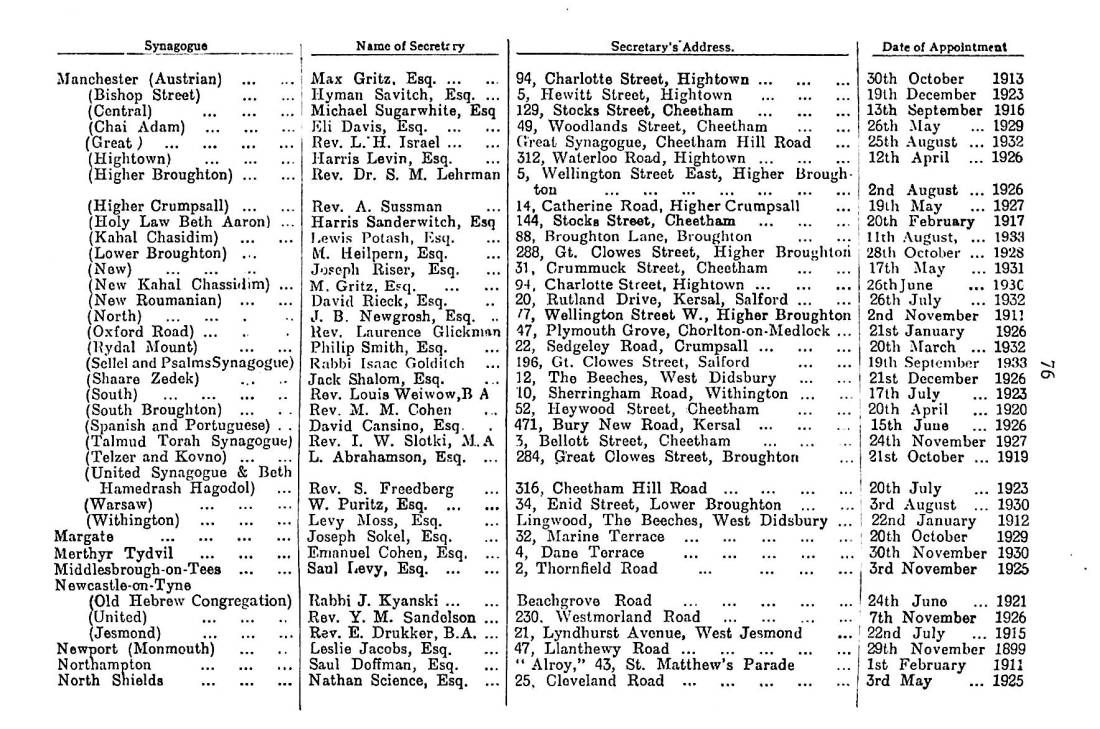 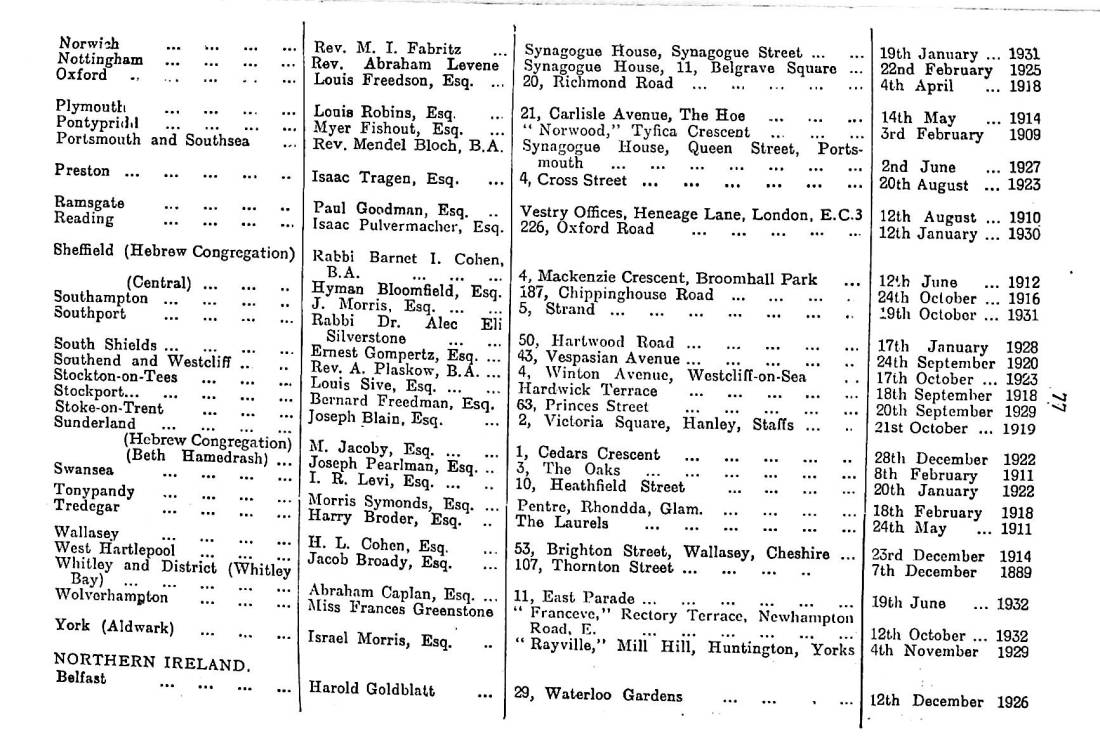