This is the first of two books written by Rabbi Cymerman and published in London.  Rabbi Jacob Henoch Cymerman was a Ger Chosid – a Chassidic Follower of the Rabbis of Ger.  He was born in Serock, near Warsaw in 1883 or 1887 (sources vary), the son of Rabbi Yitzchok Mayer Cymerman.  He moved to Danzig, and then to London in 1929, where he died on 17th September 1965. 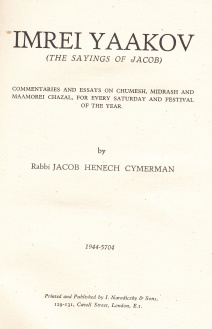 He was initially the Rabbi of the Jewish Centre Synagogue in Whitechapel, which was the only Agudah synagogue in the East End of London. During the war he became Rabbi of the Philpot Street Sephardish Synagogue (not to be confused with the Philpot Street Great Synagogue).  He established a Beis Yaakov school for girls, and a hostel, called Merkaz HaTorah for young refugees from Vienna.  He was Honorary Secretary and then Chairman of the Federation of Synagogues Rabbinical Council (Vaad Harabbanim).  Harry Rabinowicz describes him as gentle and courteous in his manner and dignified in his bearing; large-hearted, affectionate and devoted.

His book has a short introduction and then a series of articles, firstly on the Torah, starting with Berasheis (Genesis).  He quotes many Chassidic rabbis. 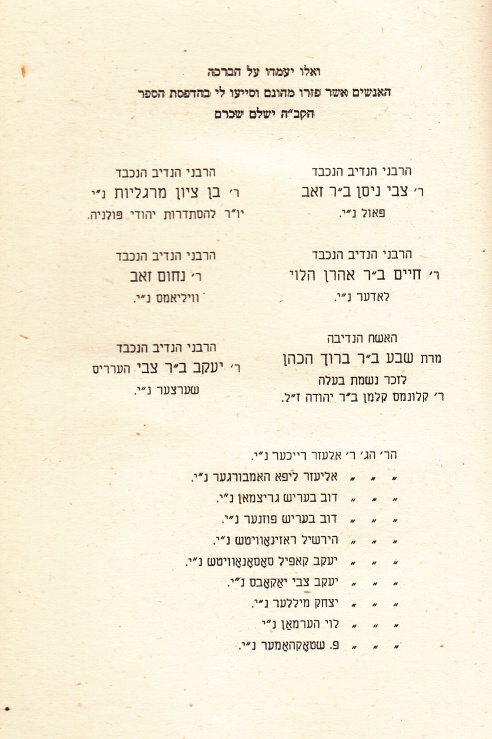 At the end is a list of donors who financed printing of the book – which was done by the Narodiczky press.

Finally, I have scanned the whole article on the education of girls, which was an important topic for Rabbi Cymerman: 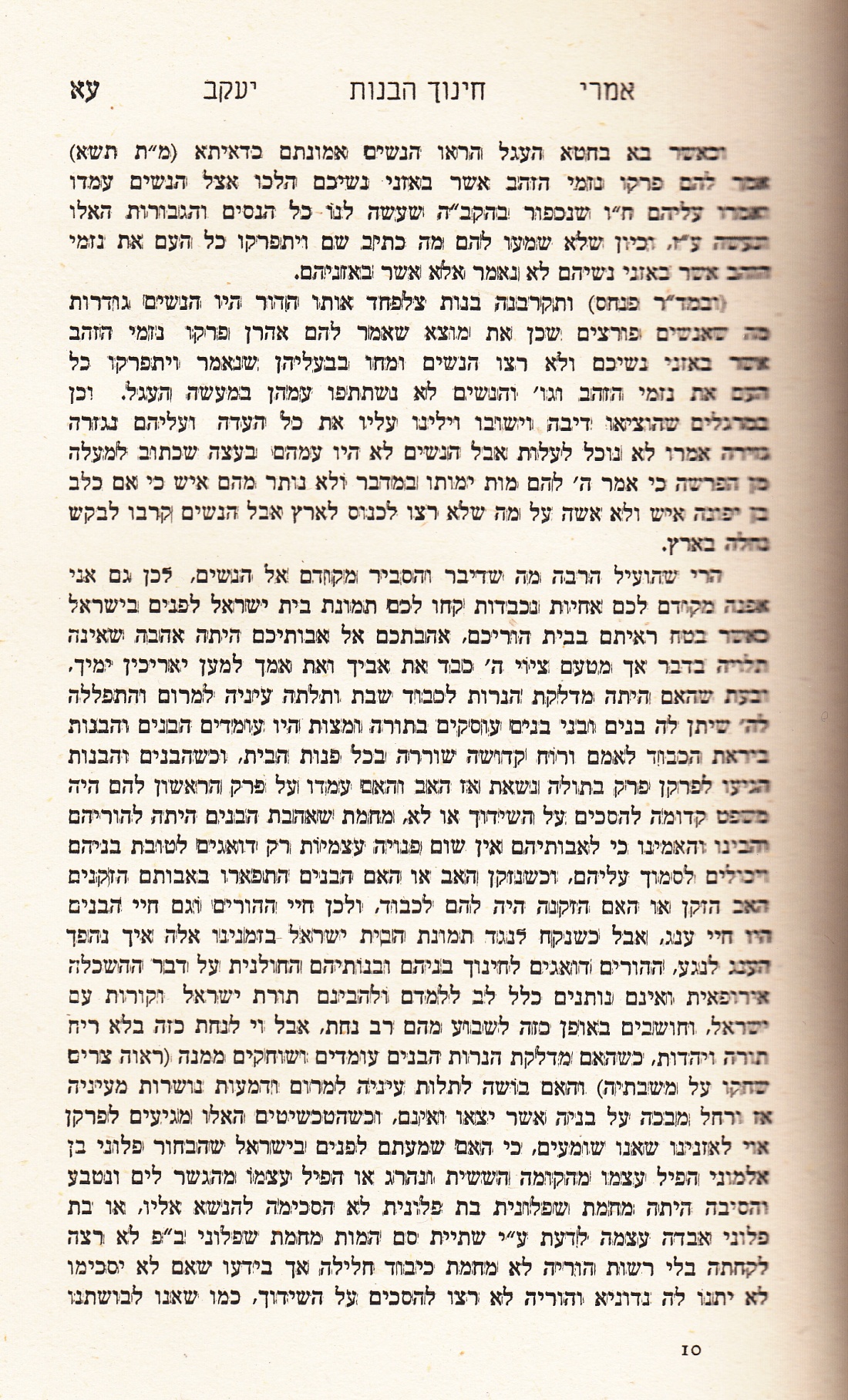 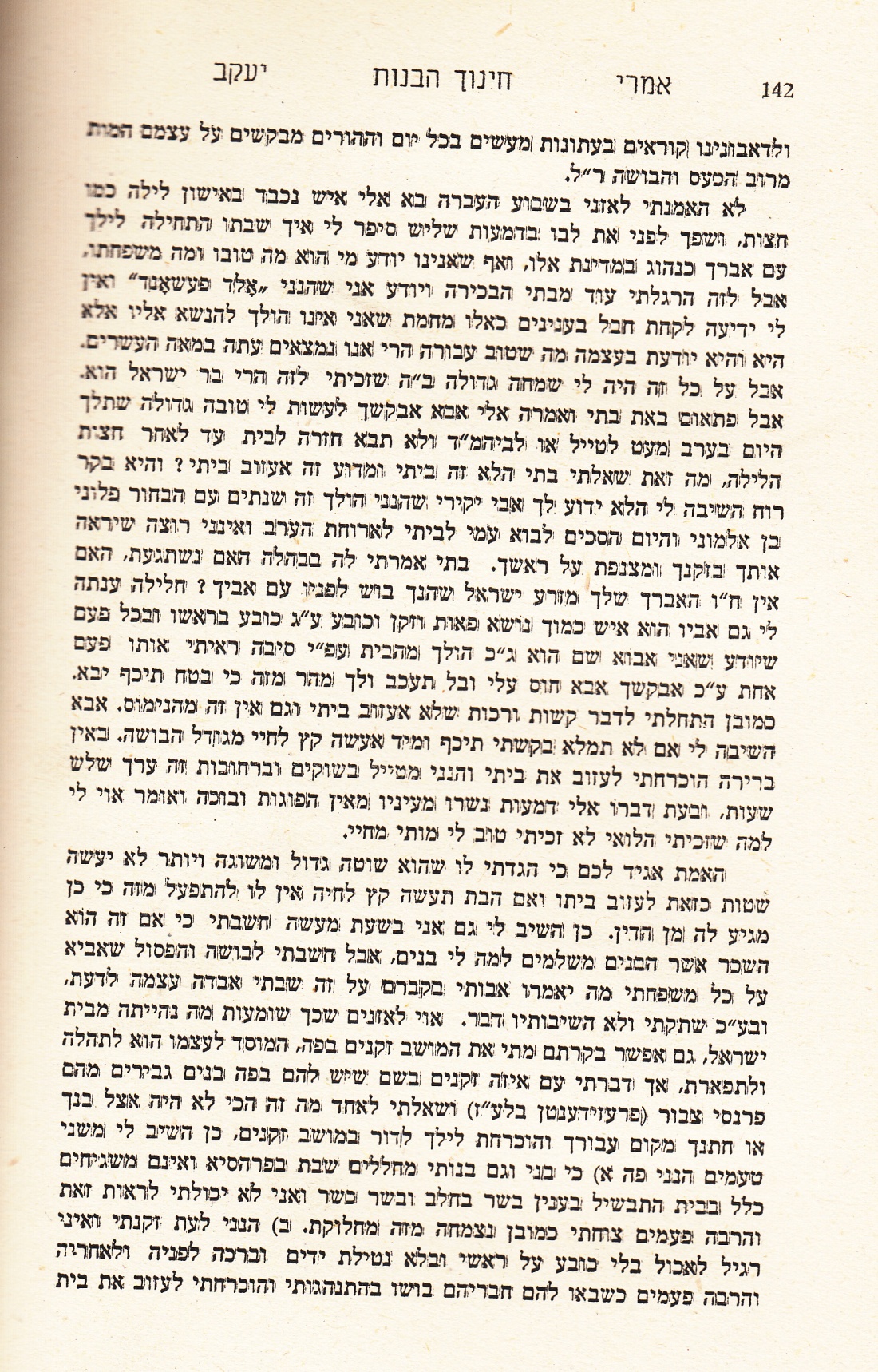