This little book was printed to commemorate the 25th anniversary of the opening of the Brondesbury Synagogue in 1905.  It explains that as Jews moved to the rapidly growing districts of Brondesbury and Willesden Green at the close of the nineteenth century, a new synagogue was needed.  The two nearest synagogues, St. John’s Wood and Hampstead both had their memberships full.  The founding meeting was held on October 28th, 1900, at the home of Mr. Solomon Barnett, and the first donations were pledged.  the chosen site was in Chevening Road, N.W.6.  The site was purchased from Mr. Barnett for £1,020, which was a price far below its real value. the United Synagogue provided a loan of £4,500, provided that the balance of £6,500 was found by local effort.  Mr. Barnett lent a corrugated iron building which could be used as a temporary synagogue and afterwards for housing the Hebrew Classes. 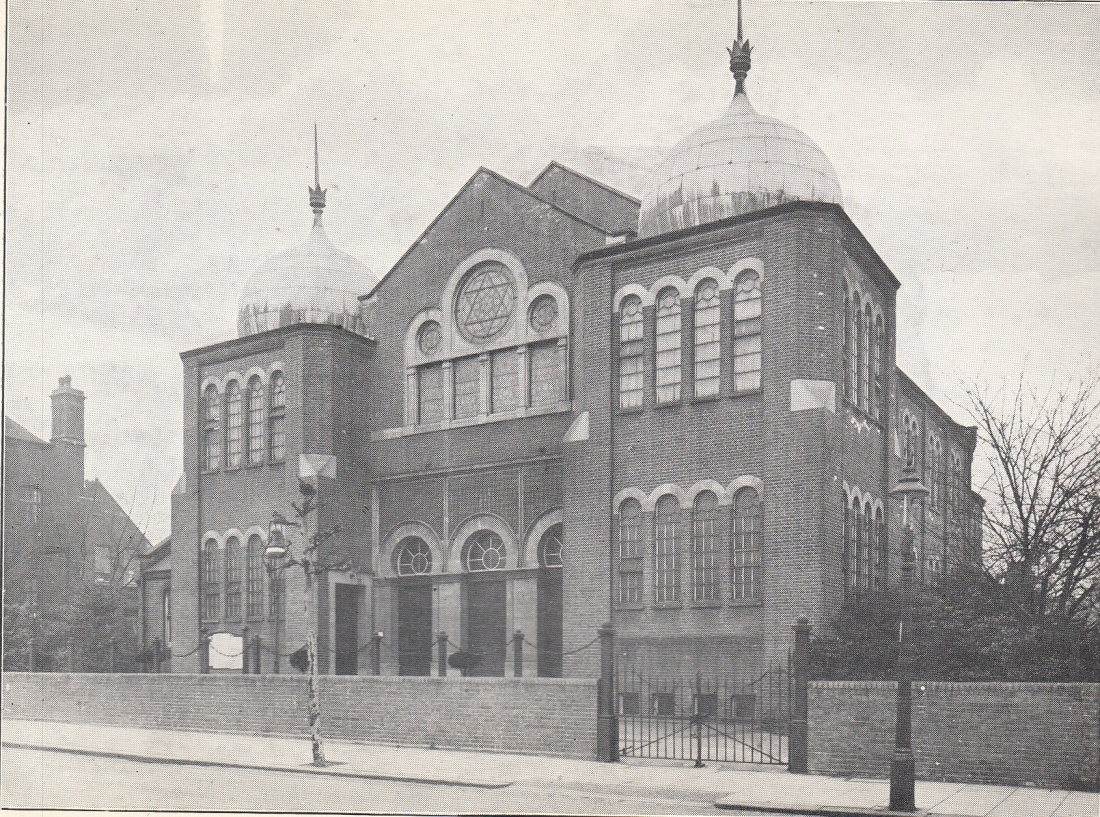 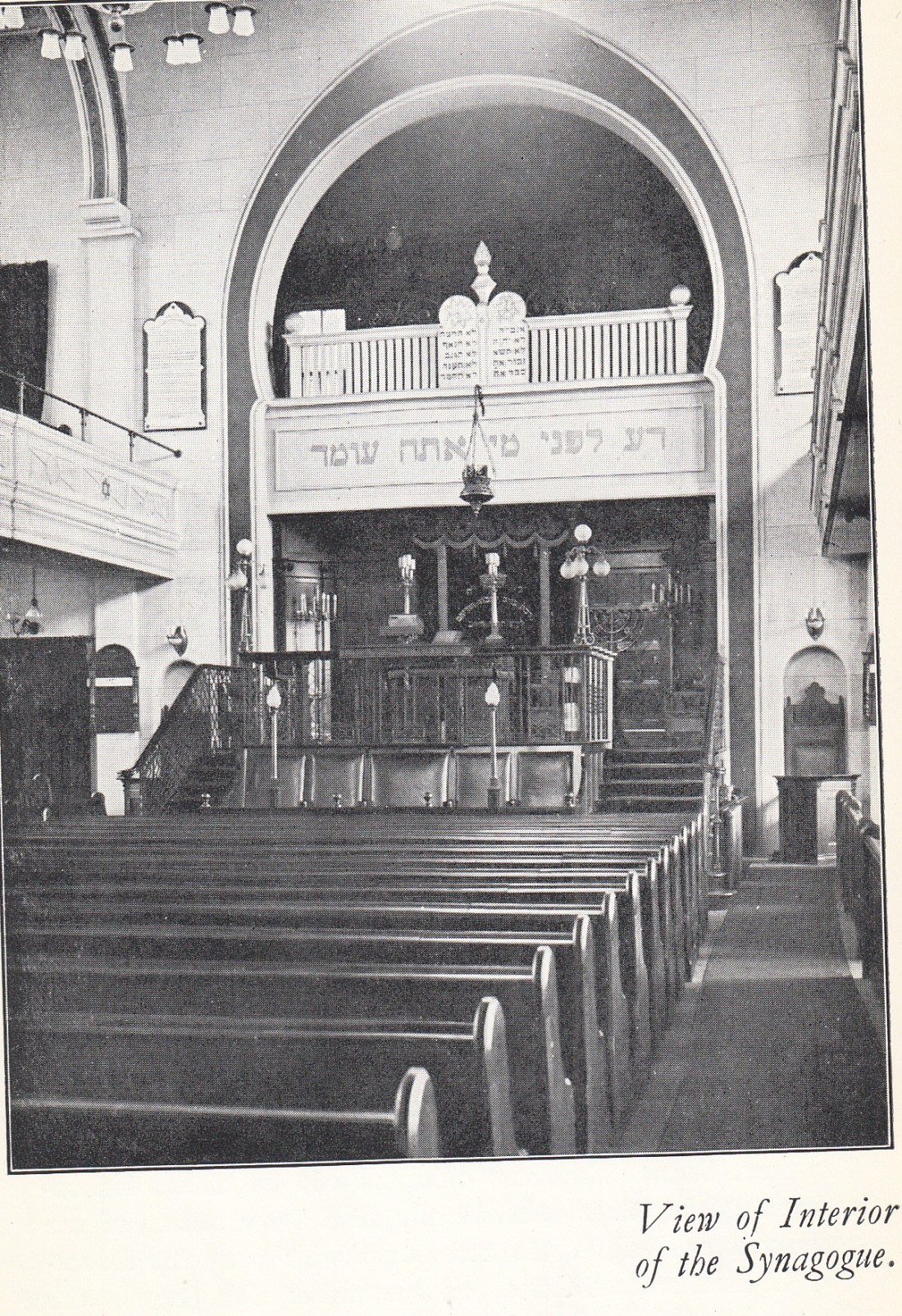 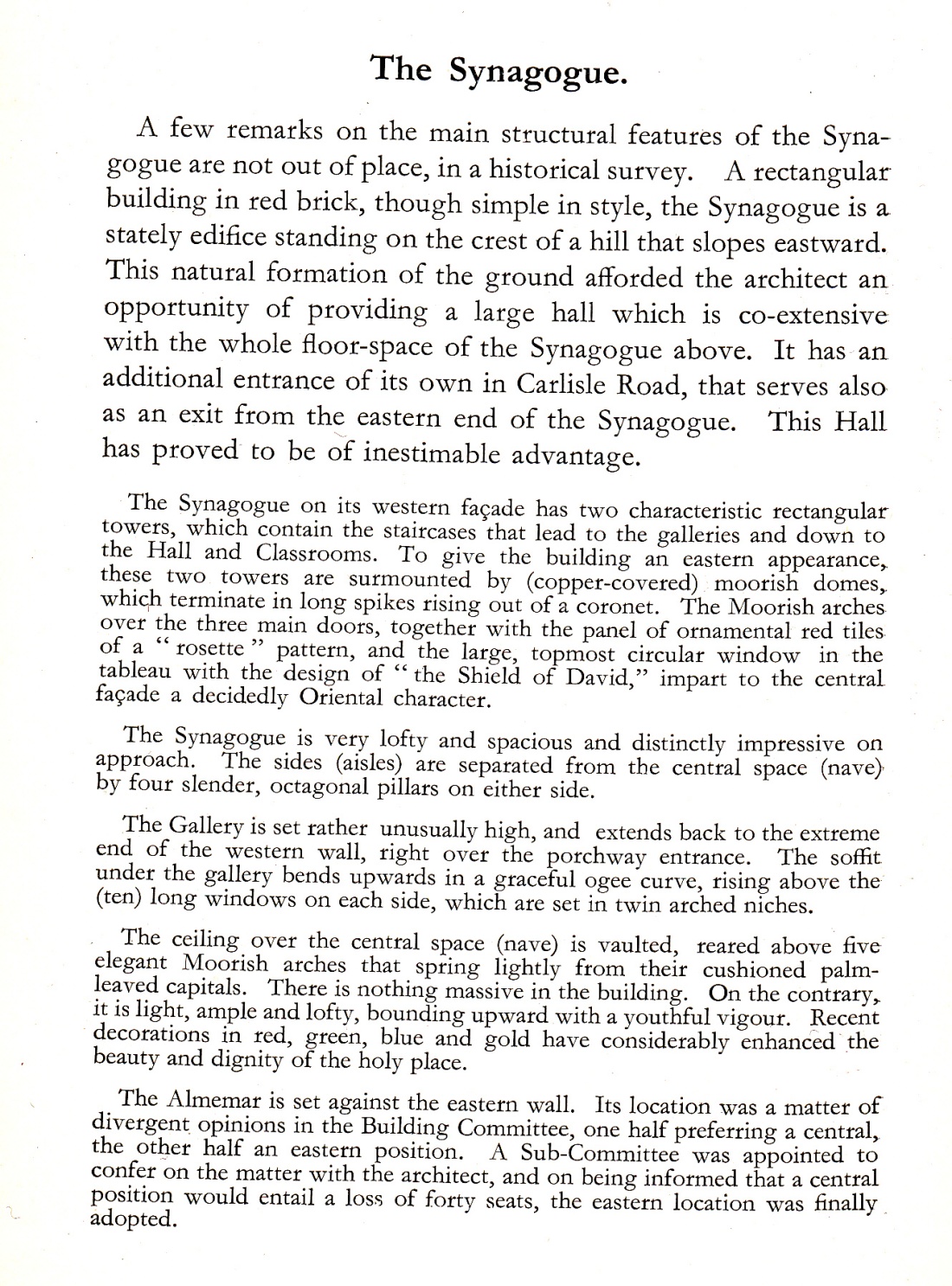 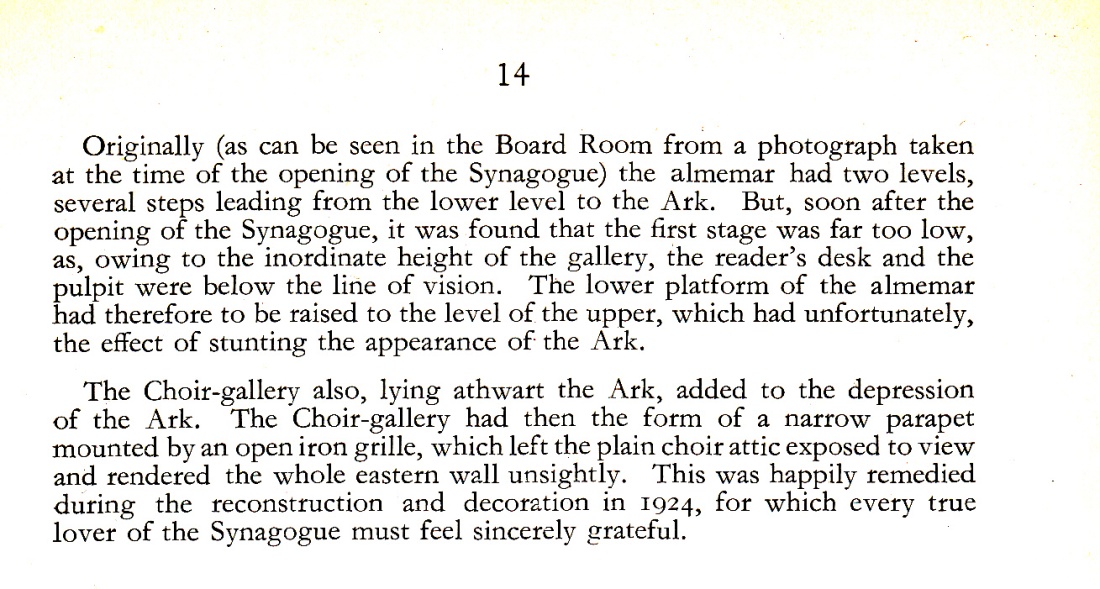 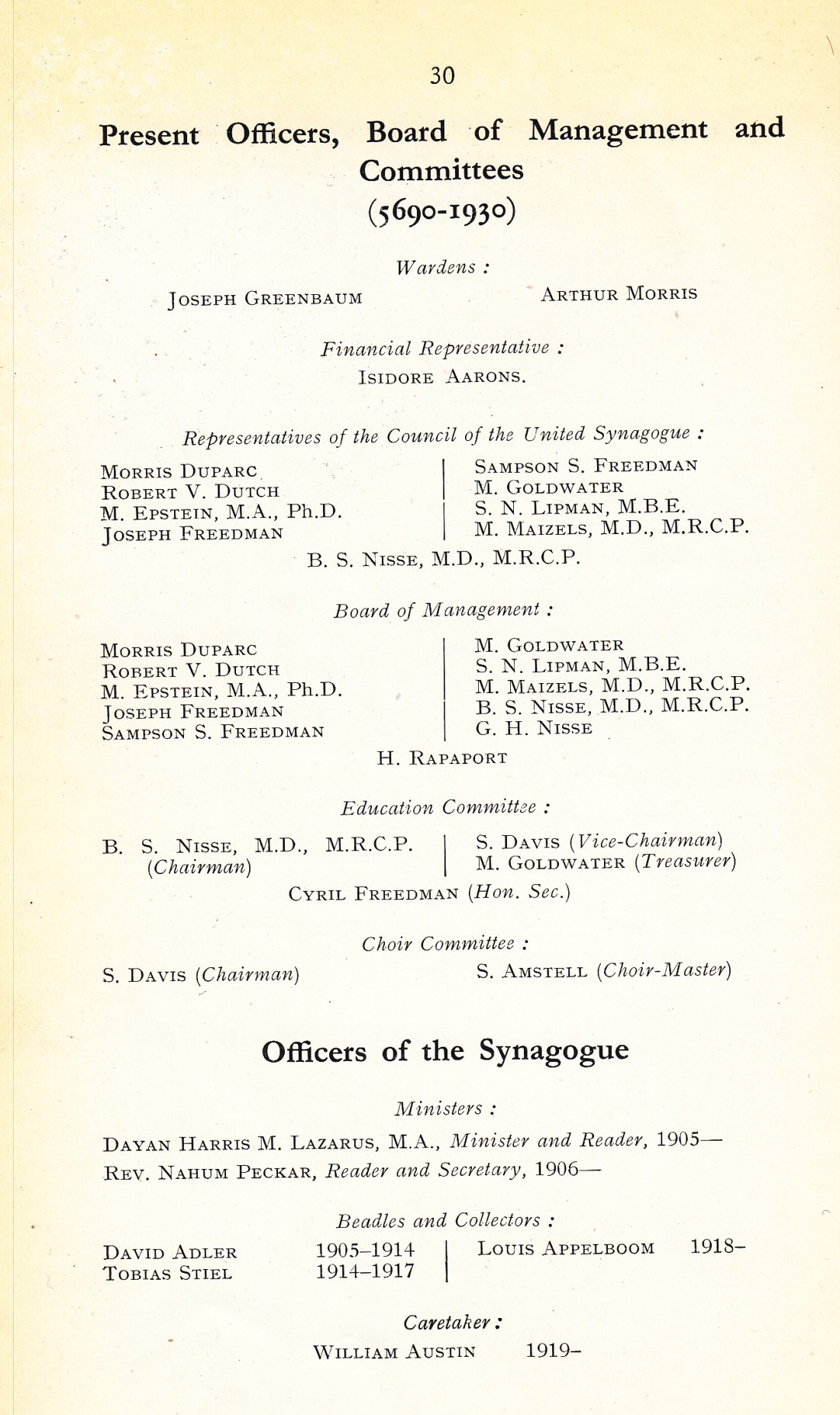