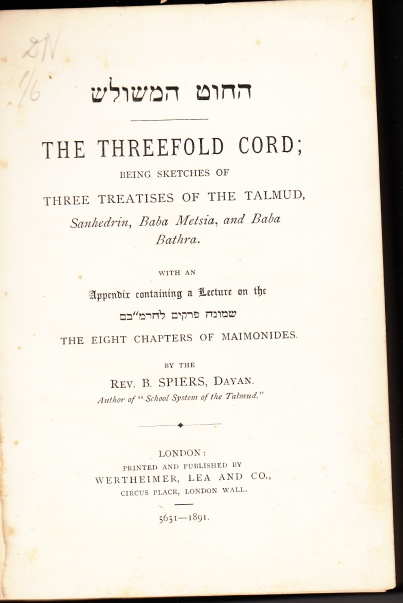 From 1876 the London Beth Din (the Ecclesiastical Court) consisted of Chief Rabbi Nathan Adler, his son, Hermann Adler, and Dayan Bernard Spiers.  Bernard Spiers was a Polish-born Rabbi of the old school who was popular in the East End of London.  He was concerned to spread Jewish education to the British-born established London Jewish community, those settled prior to the new influx of Eastern European Jews.

His book is not a complete translation of the Talmud.  It is, however, a very readable synopsis, quite comparable to the on-line summaries that are available today for Daf Yomi (page-a-day) learners.

Dayan Spiers explains his aims quite clearly in the introduction.  He also says that these are “sketches”, not translations and that they were taught by him at the Beth Hamedrash of the community and also at the Chevra Shas at Bayswater Synagogue, which was a very anglicised synagogue made up of the middle sand better off classes of Jewish society.  He spoke to the Bayswater Chevra Shas in English, although his introduction talks about the difficulties of translation.  The Bayswater Synagogue, incidentally, was the first synagogue in England to install electricity, in 1894, so that classes could be held in brighter light in the evenings. 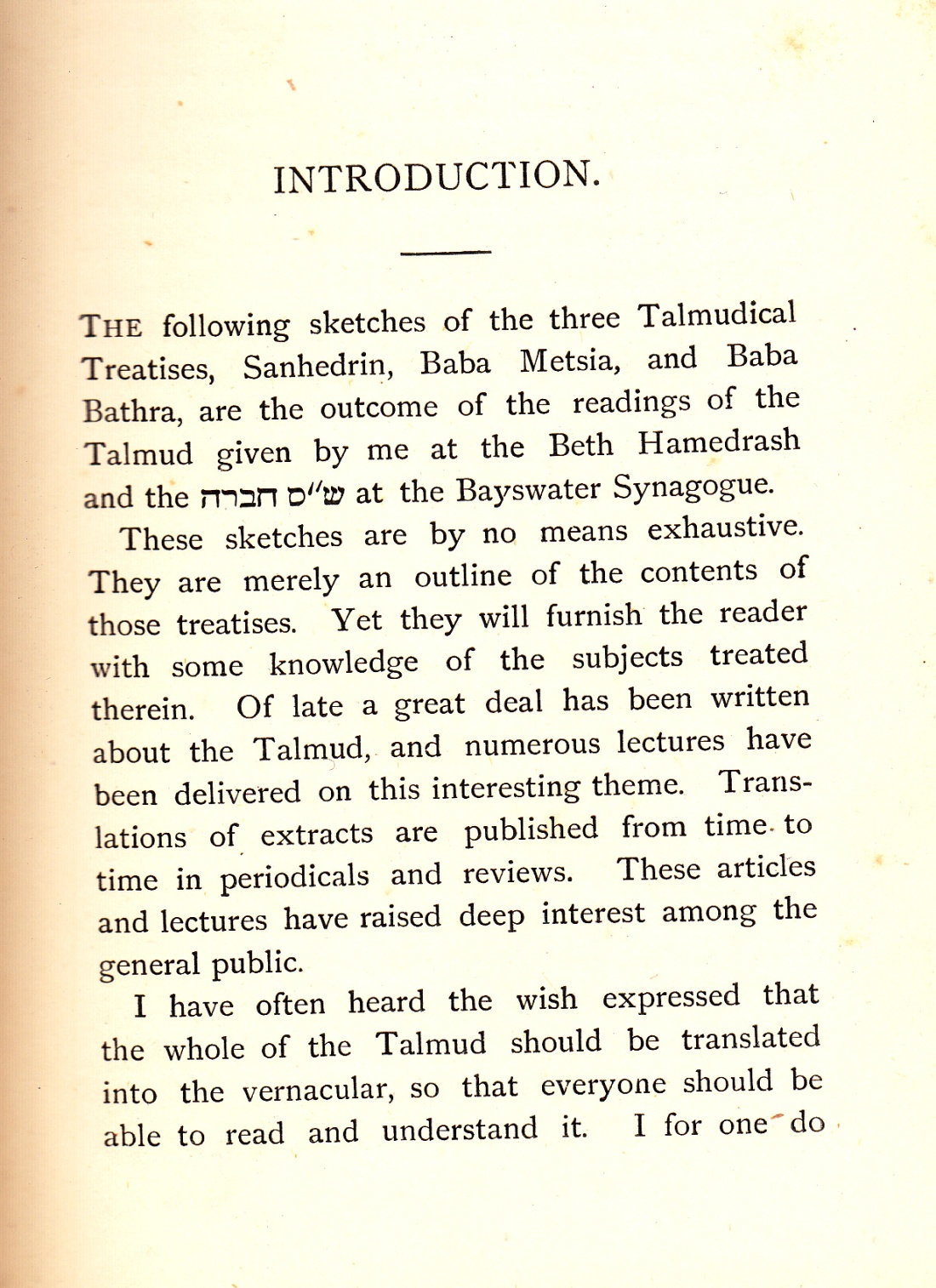 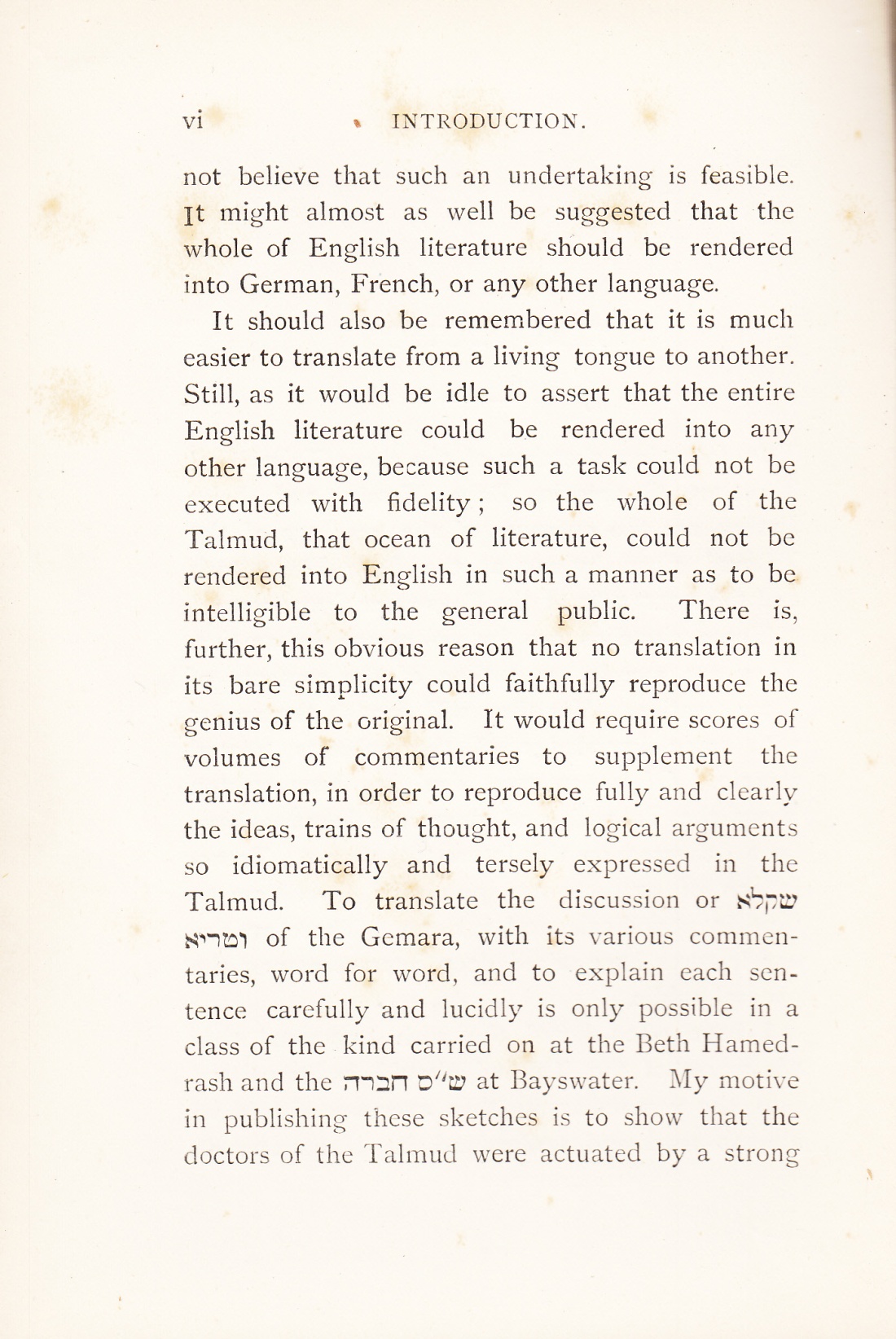 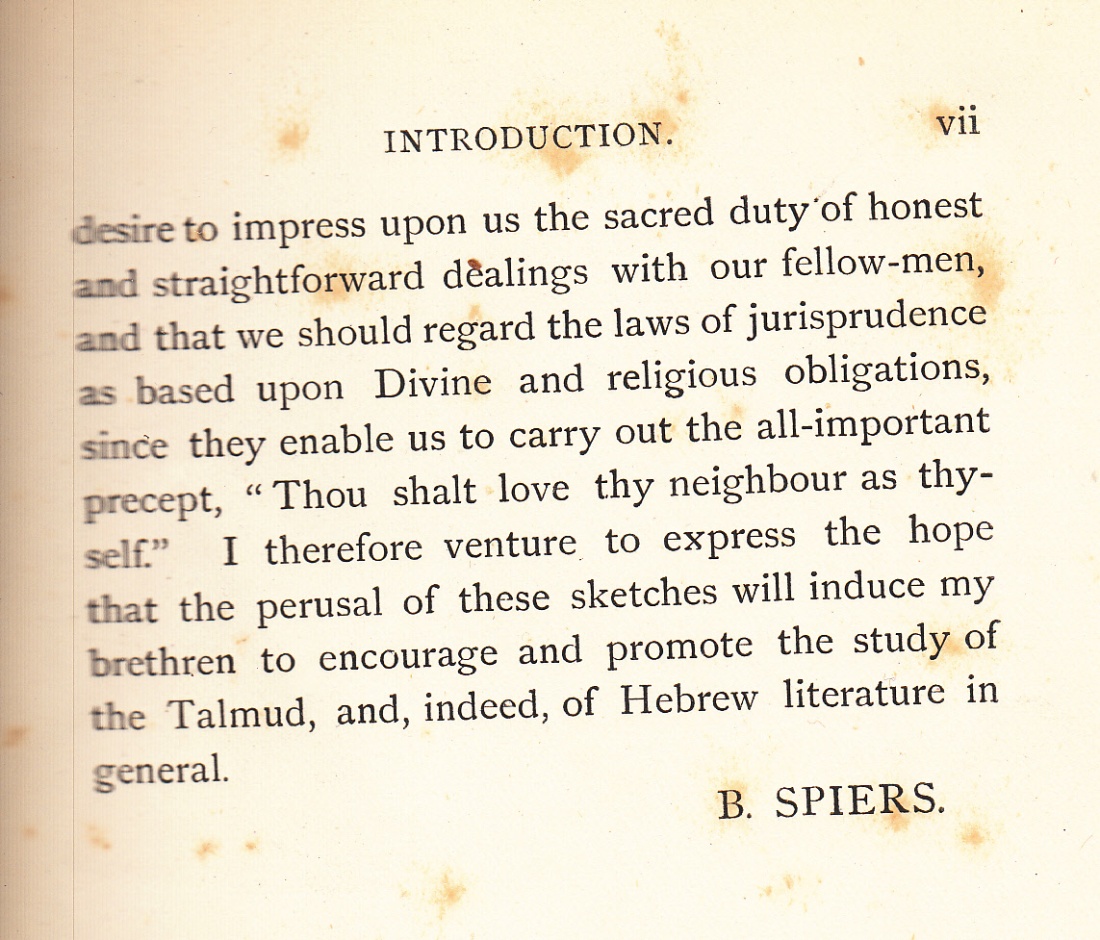 Benjamin Elton, in his book “Britain’s Chief Rabbis and the Religious Character of Anglo-Jewry”, mentions that Dayan Spiers was of a religious background but with an opening to secular learning.  This is illustrated in the extract that I have chosen from The Threefold Cord, the eleventh Perek (chapter) which is, of course, the last one, of Massechet Sanhedrin: 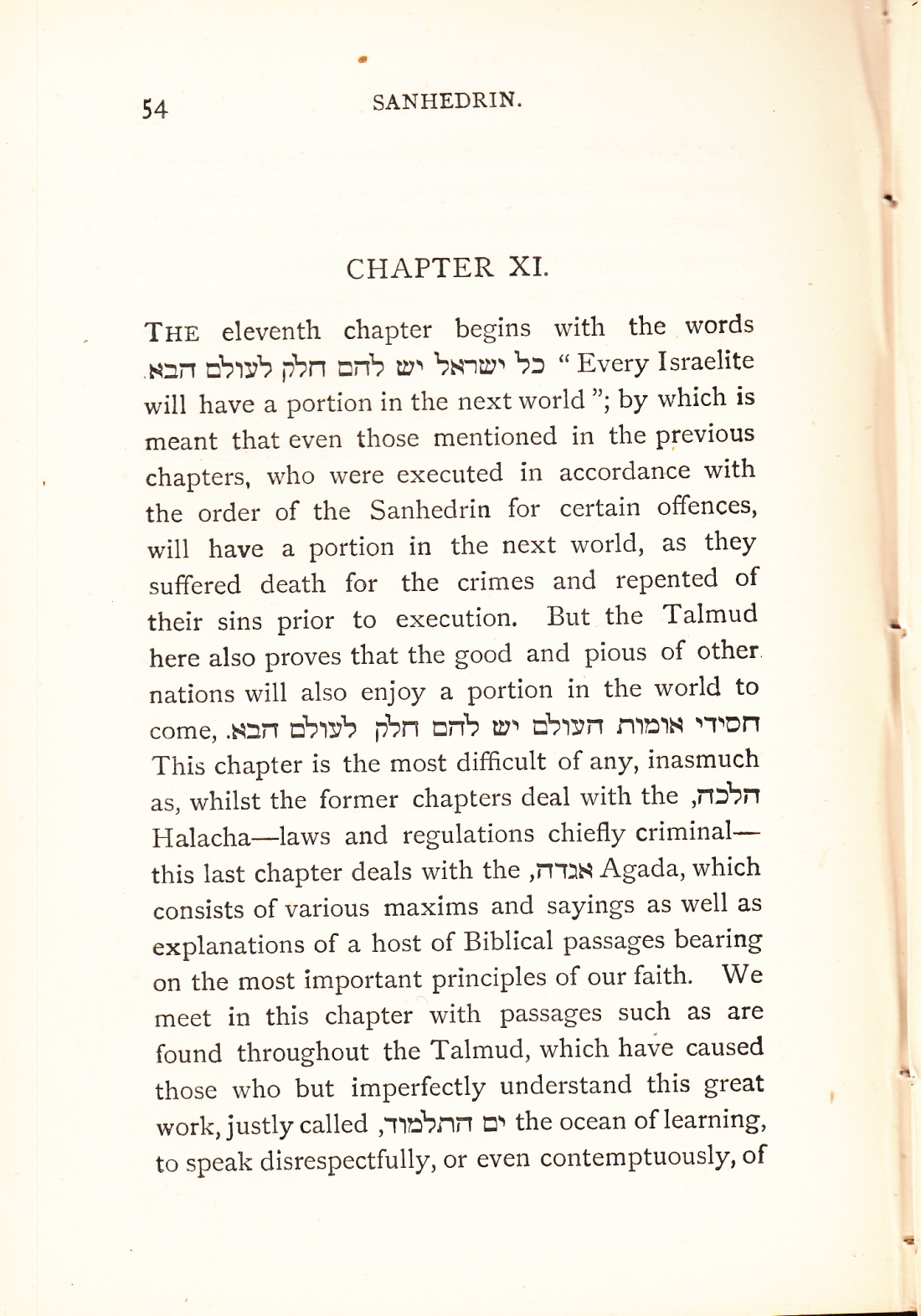 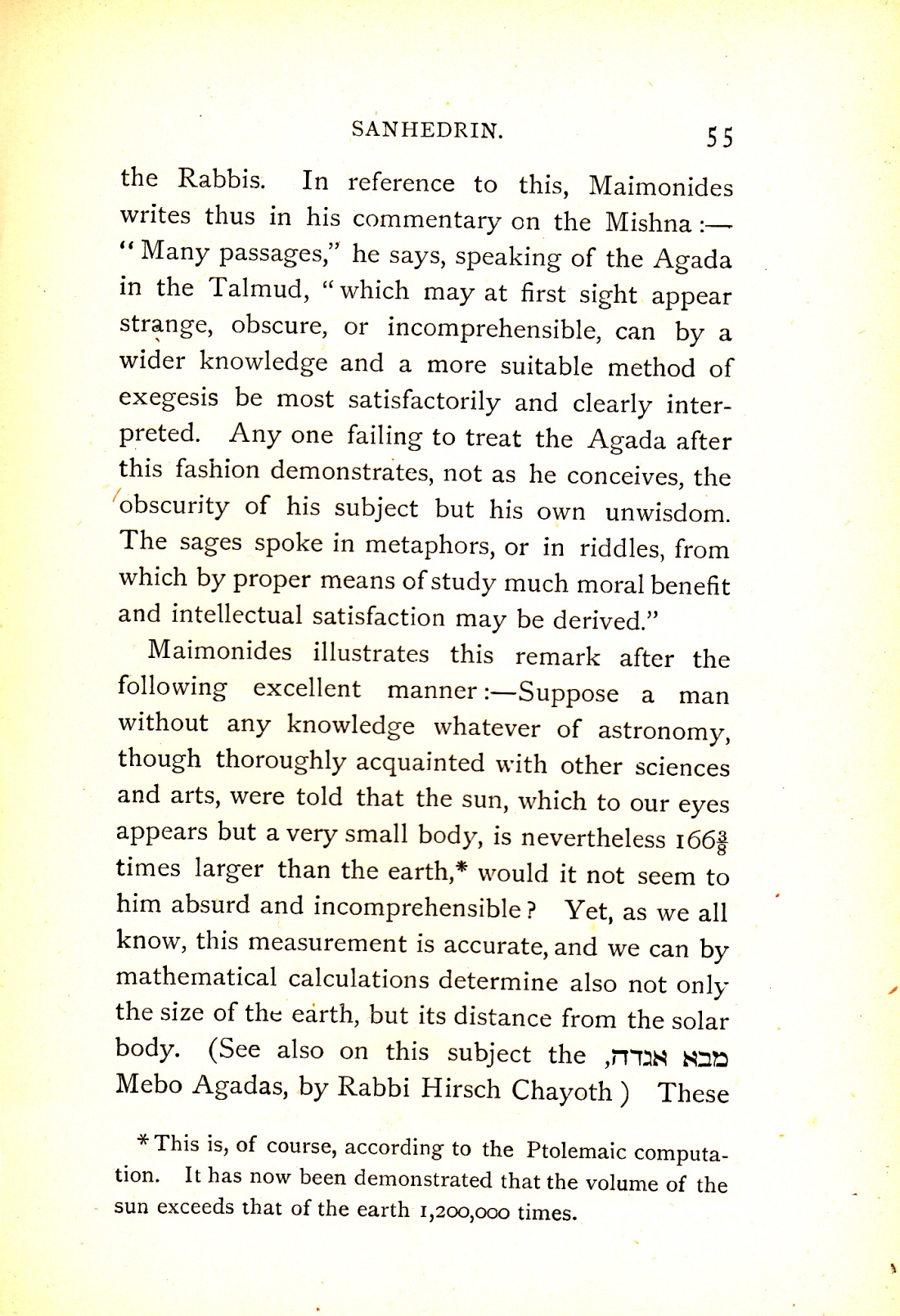 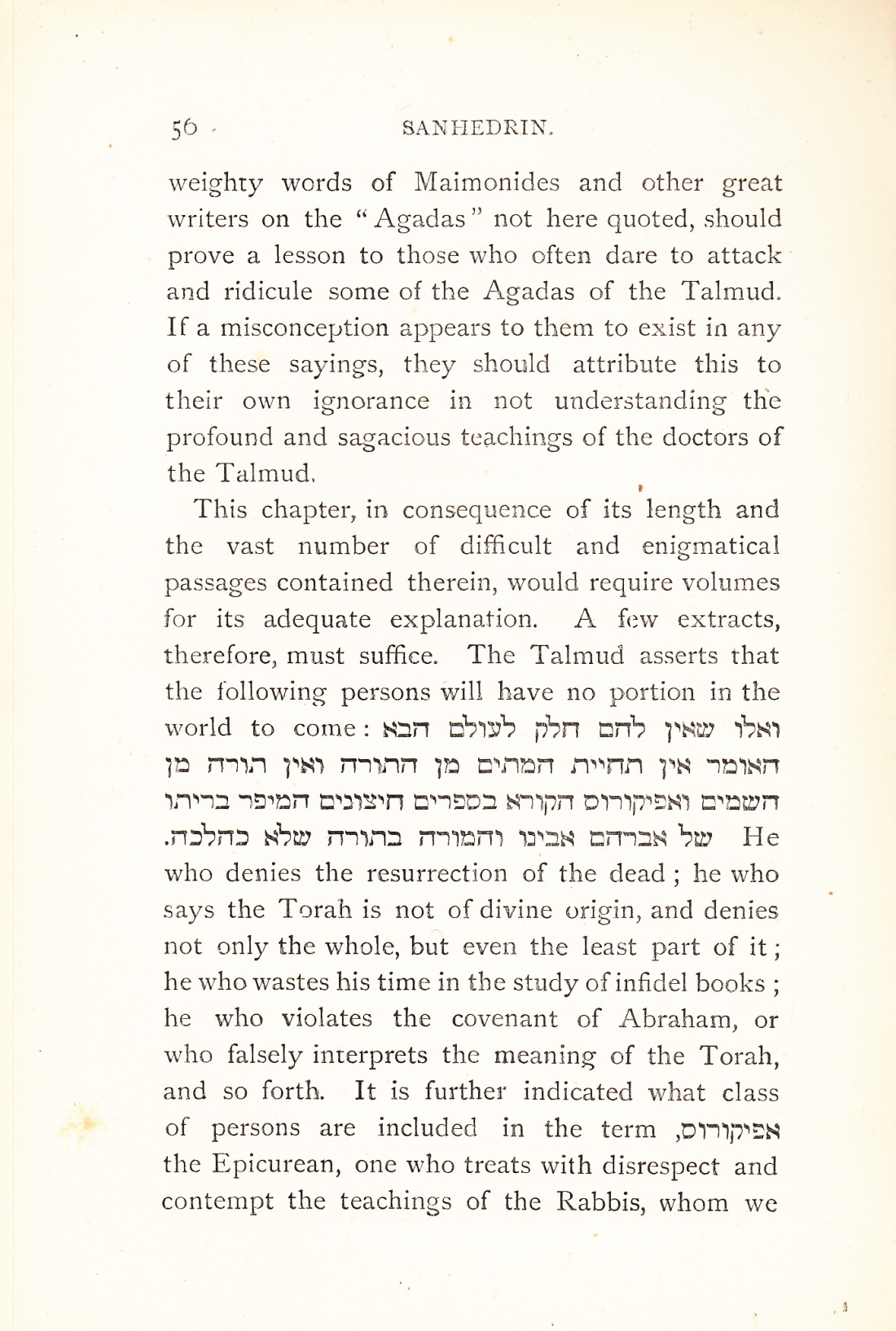 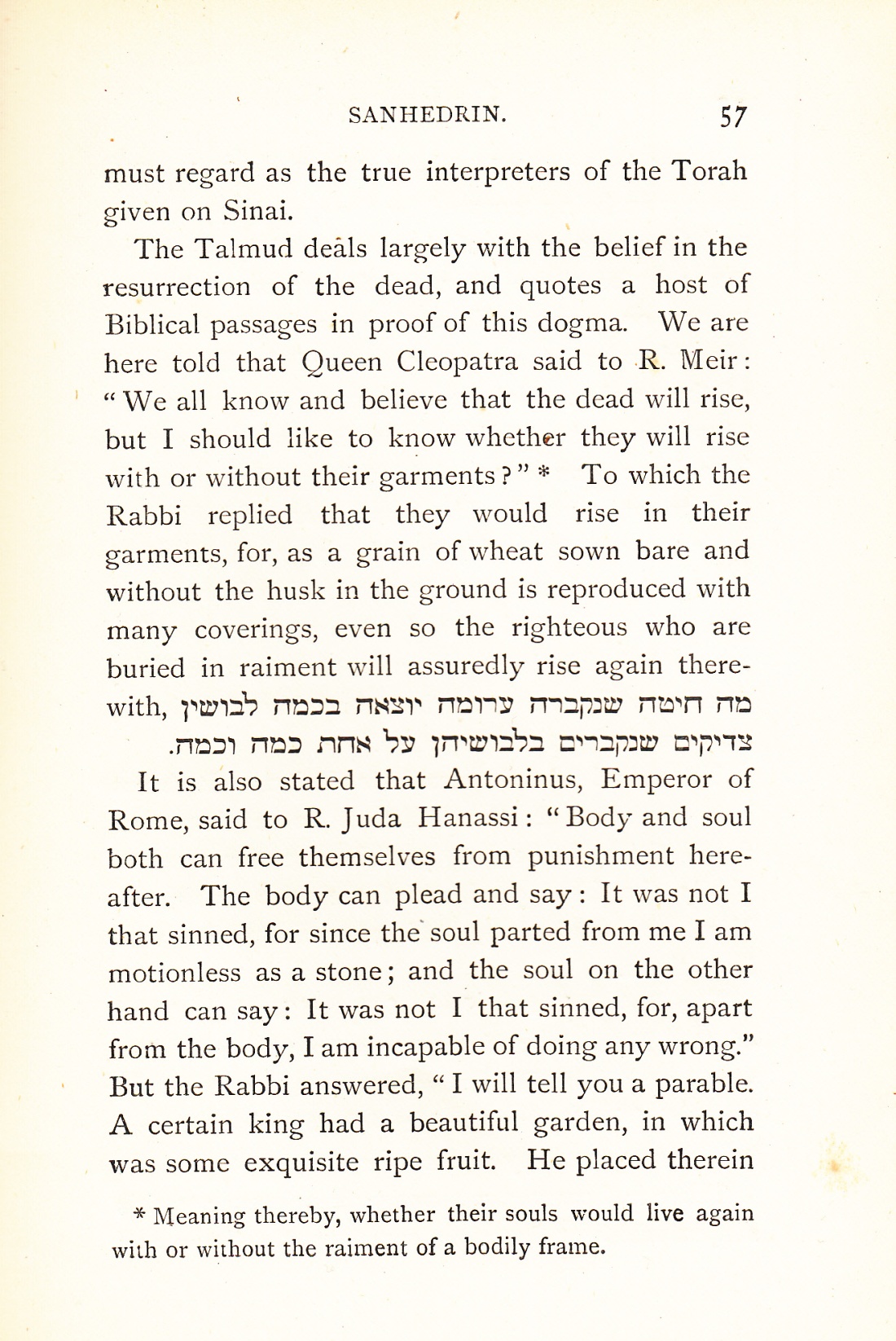 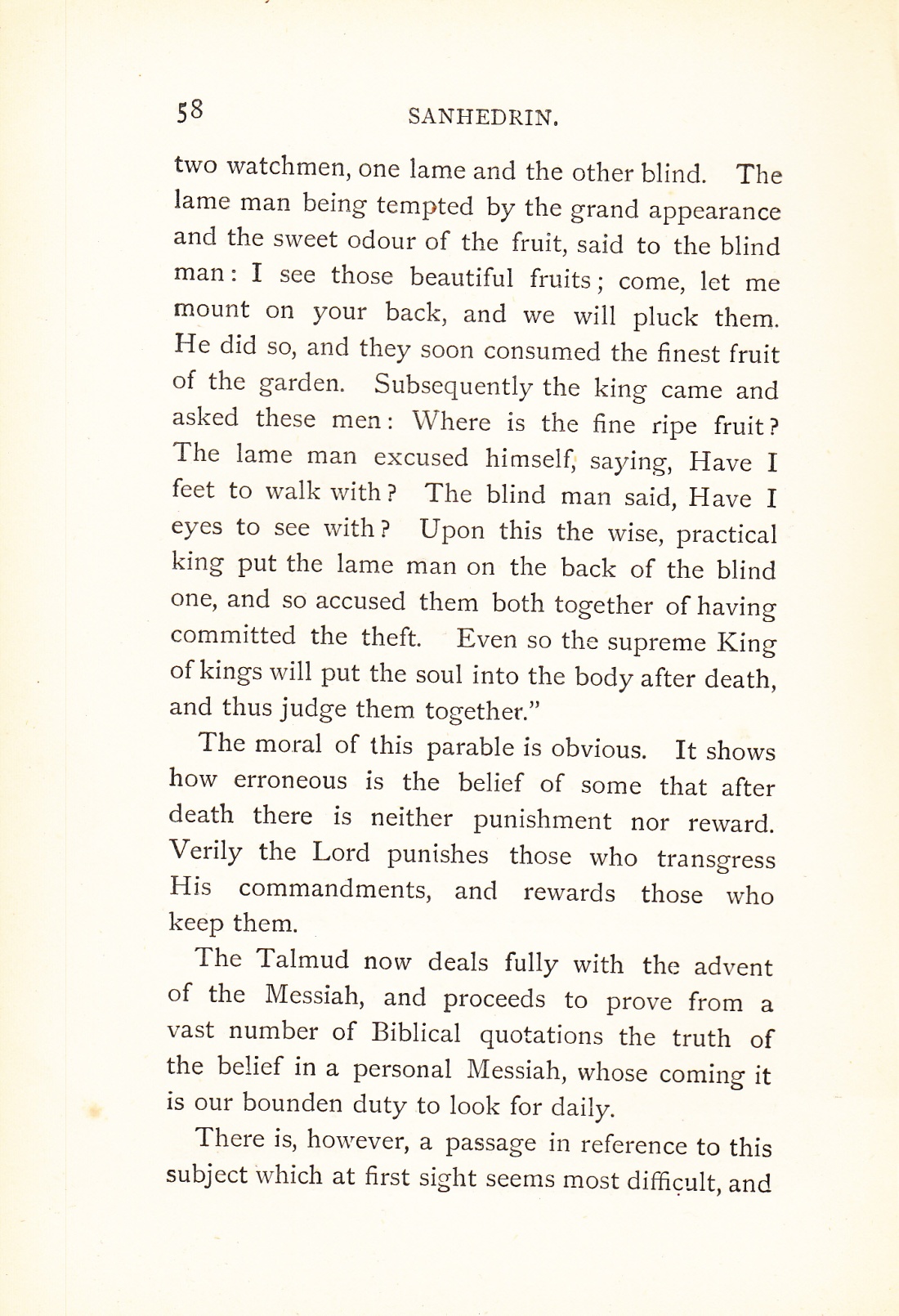 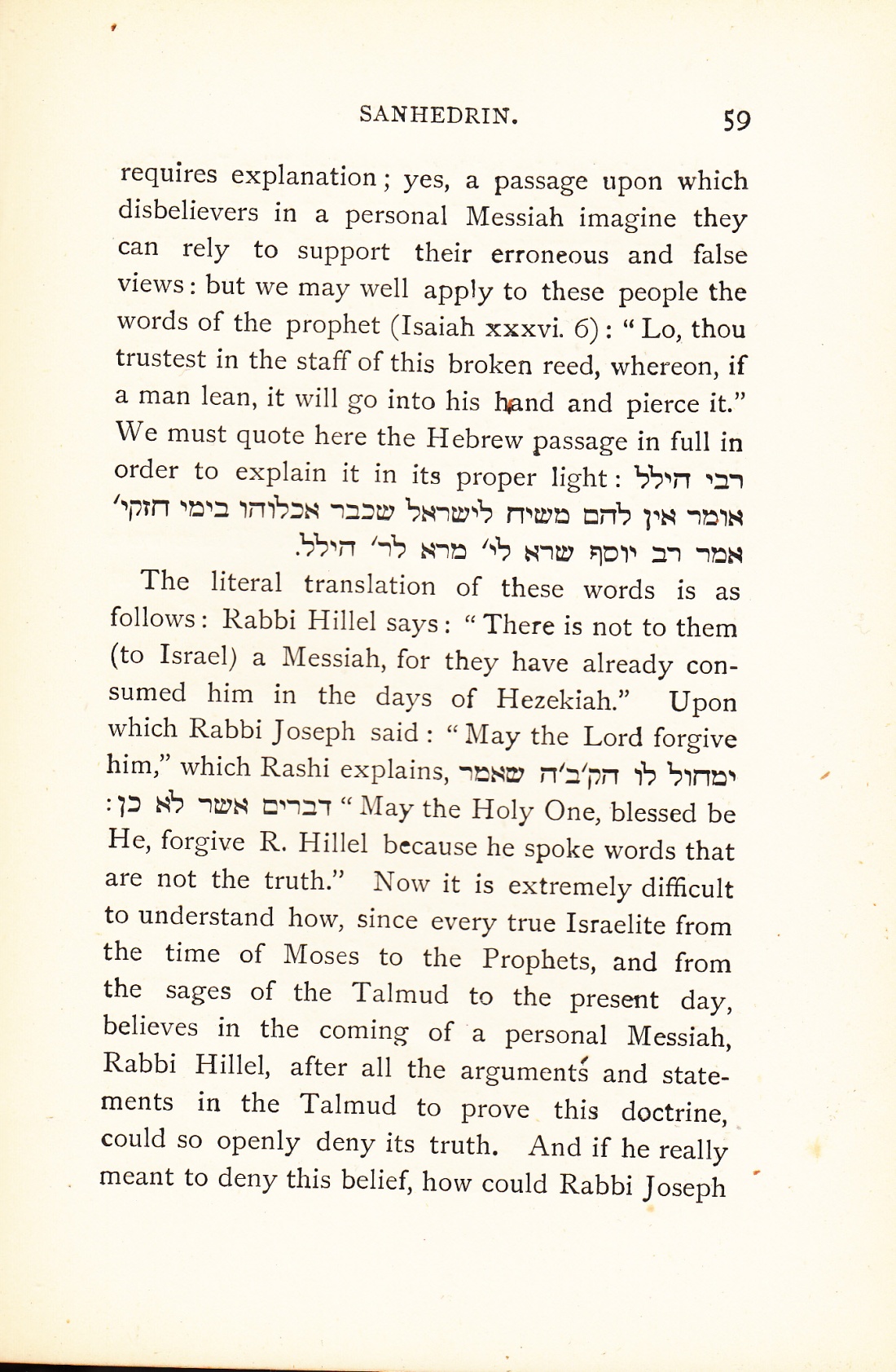 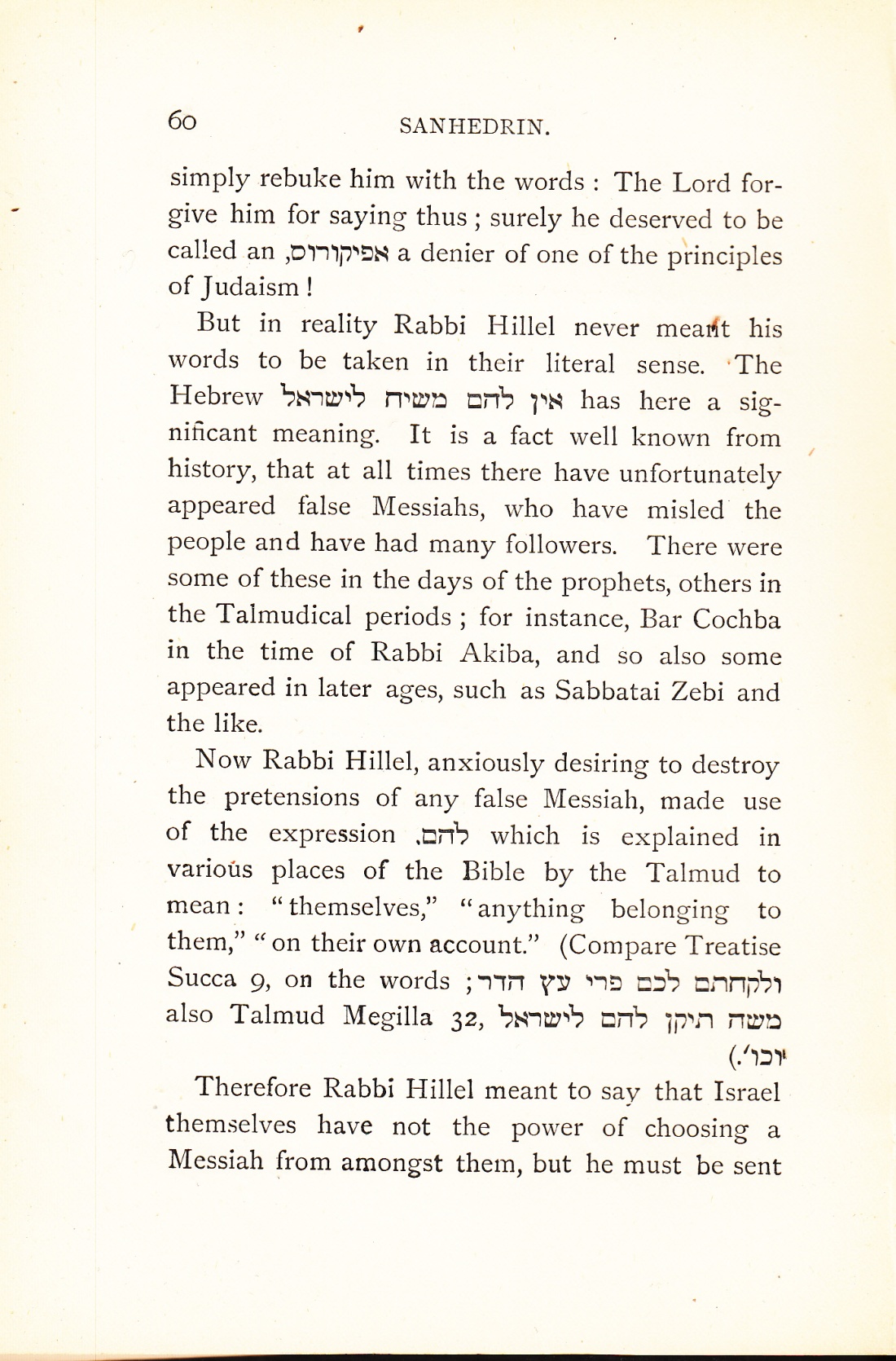 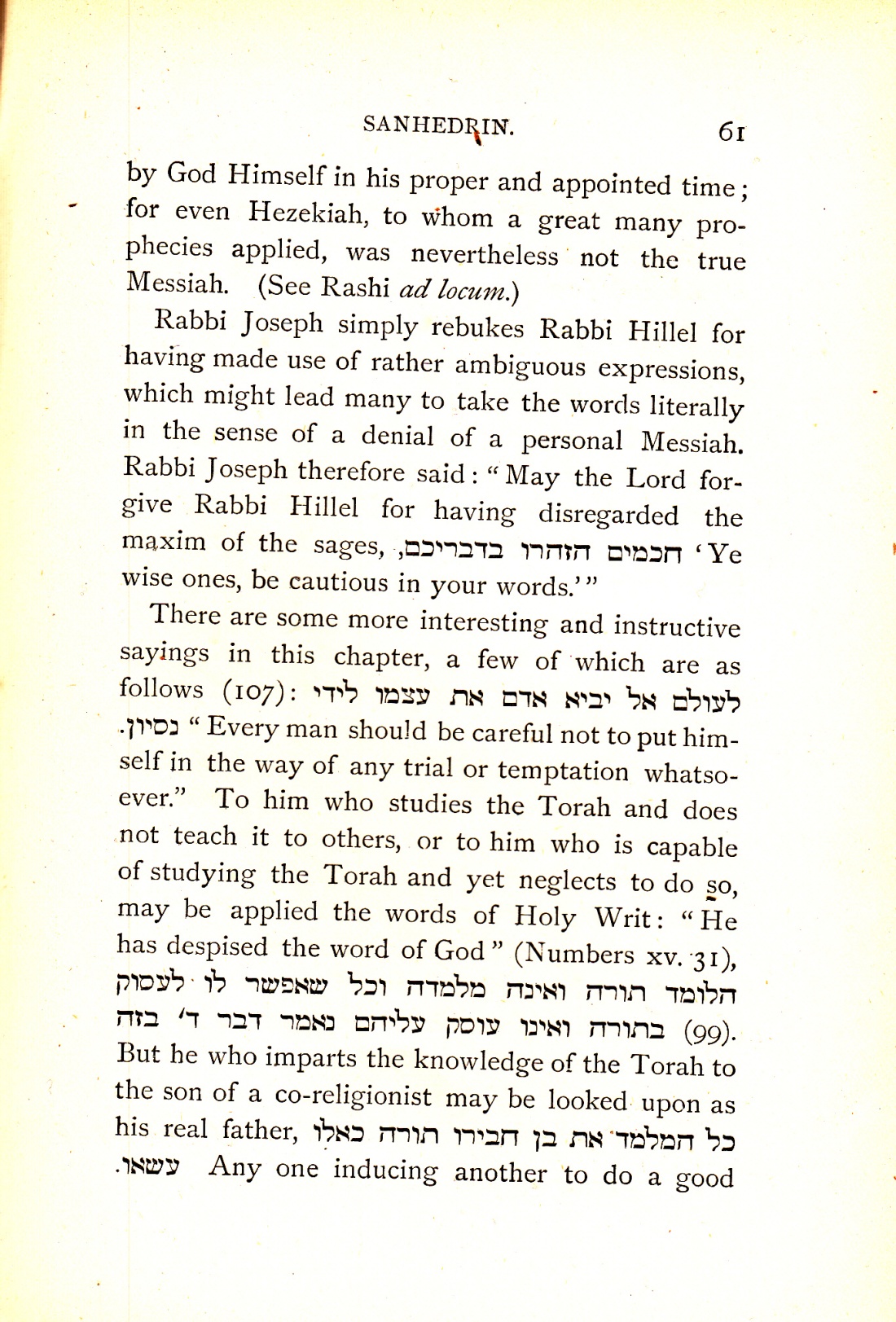 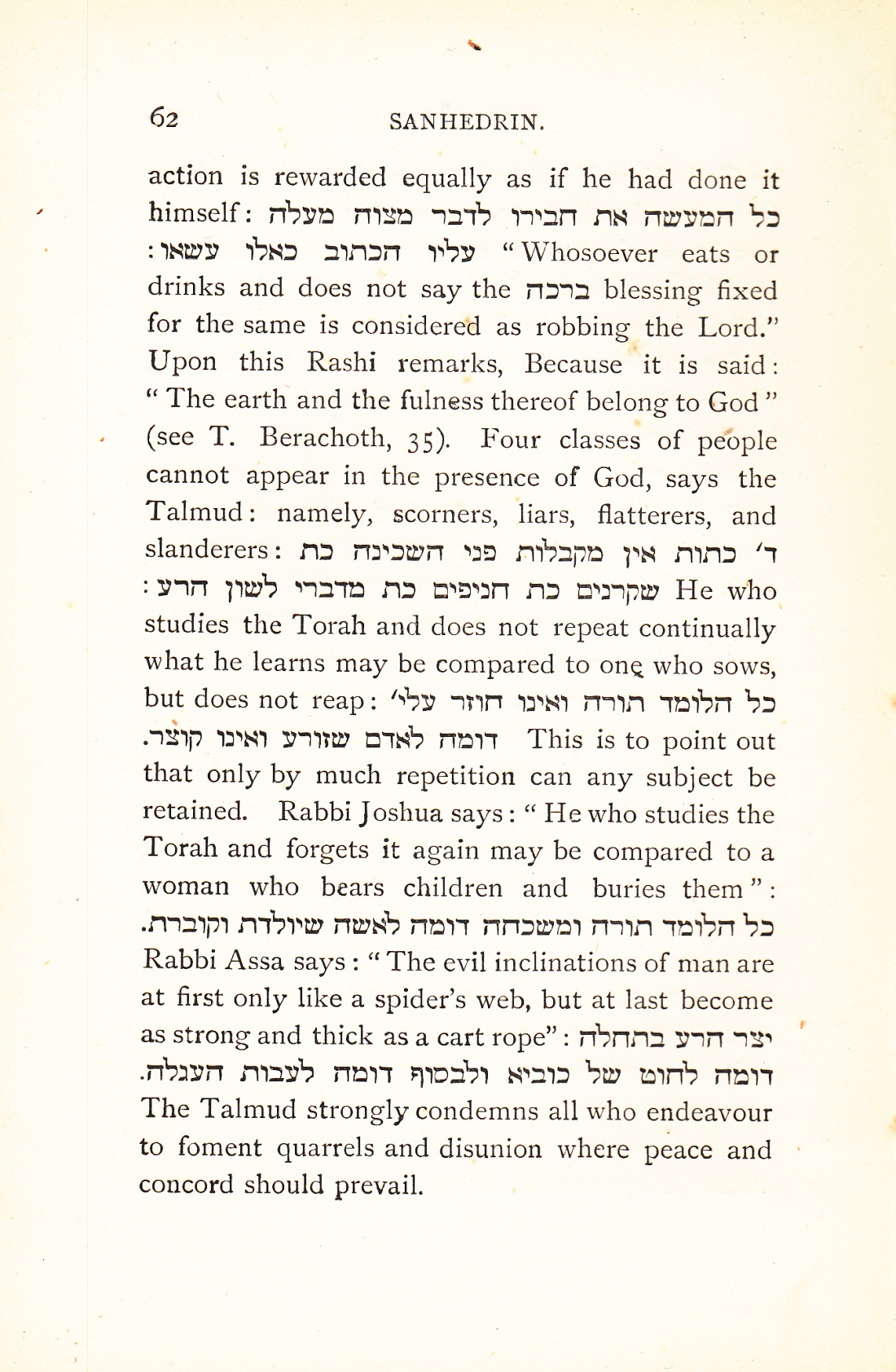