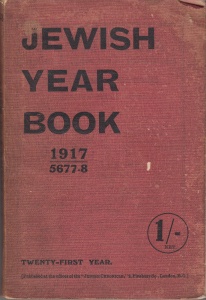 This is the 1917 edition of the Jewish Year Book, which was published by the Jewish Chronicle and produced under difficult wartime conditions as a paperback with thinner paper.  However, it is absolutely packed with information – a printed snapshot of the Anglo-Jewish community in 1917.  I cannot scan it all, and so I have chosen two selections.

This is the second one – pages for the Jewish community of Manchester.

For the first selection – Jewish Friendly Societies of 1917 click here. 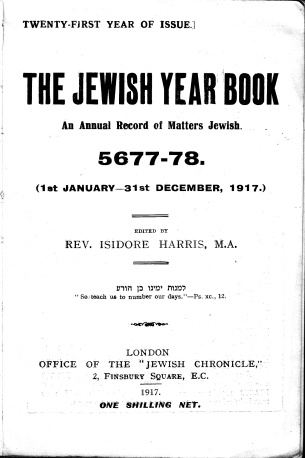 Manchester has its own Beth Din, with Rabbi’s Salomon, Dagutsky, Yoffey and Levien, meeting at Cheetham Hill Road every Monday and Thursday.

As well as 37 Synagogues, there is a wide range of Jewish organizations, pages of them, each with its own officers and officials. 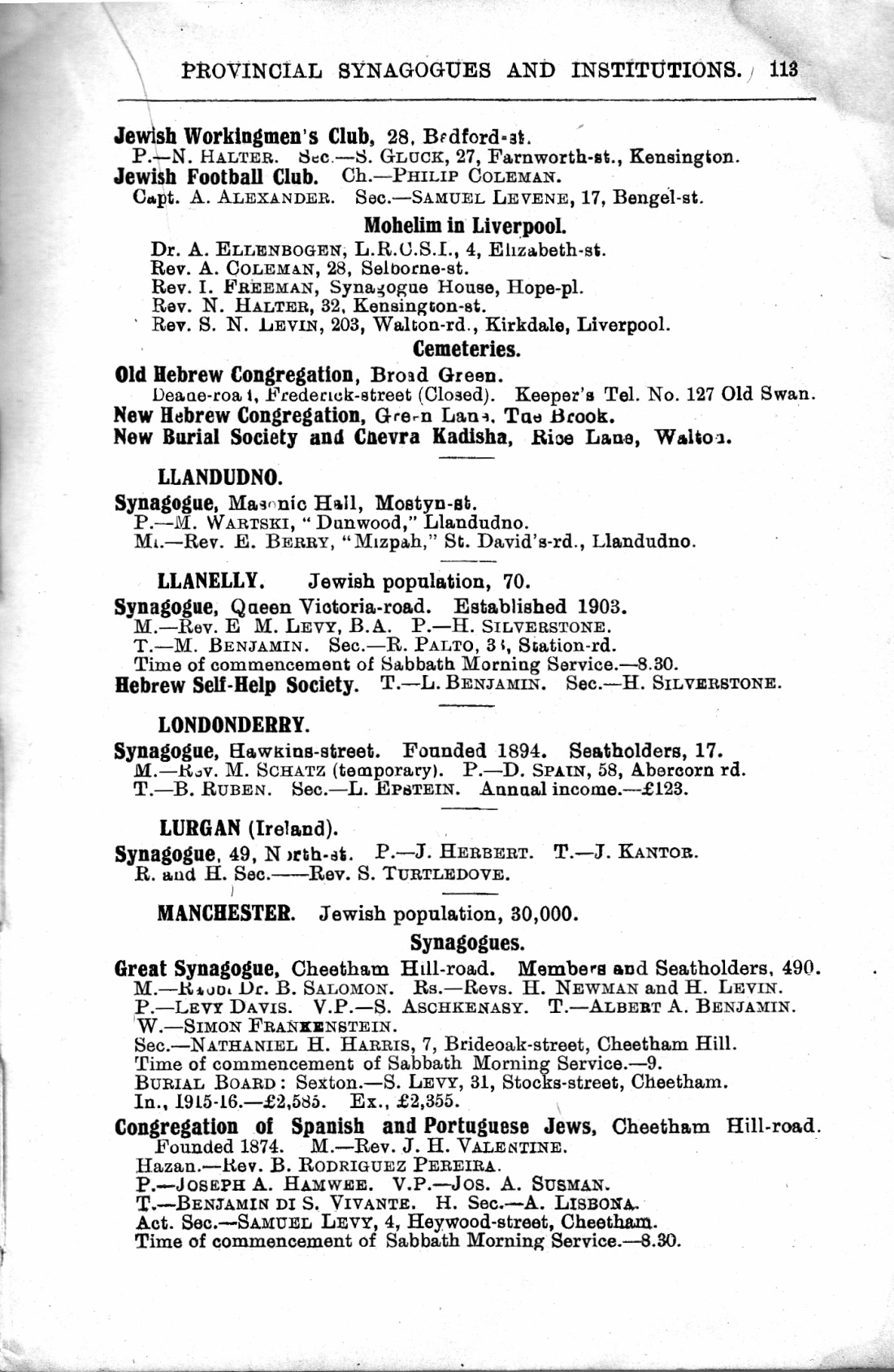 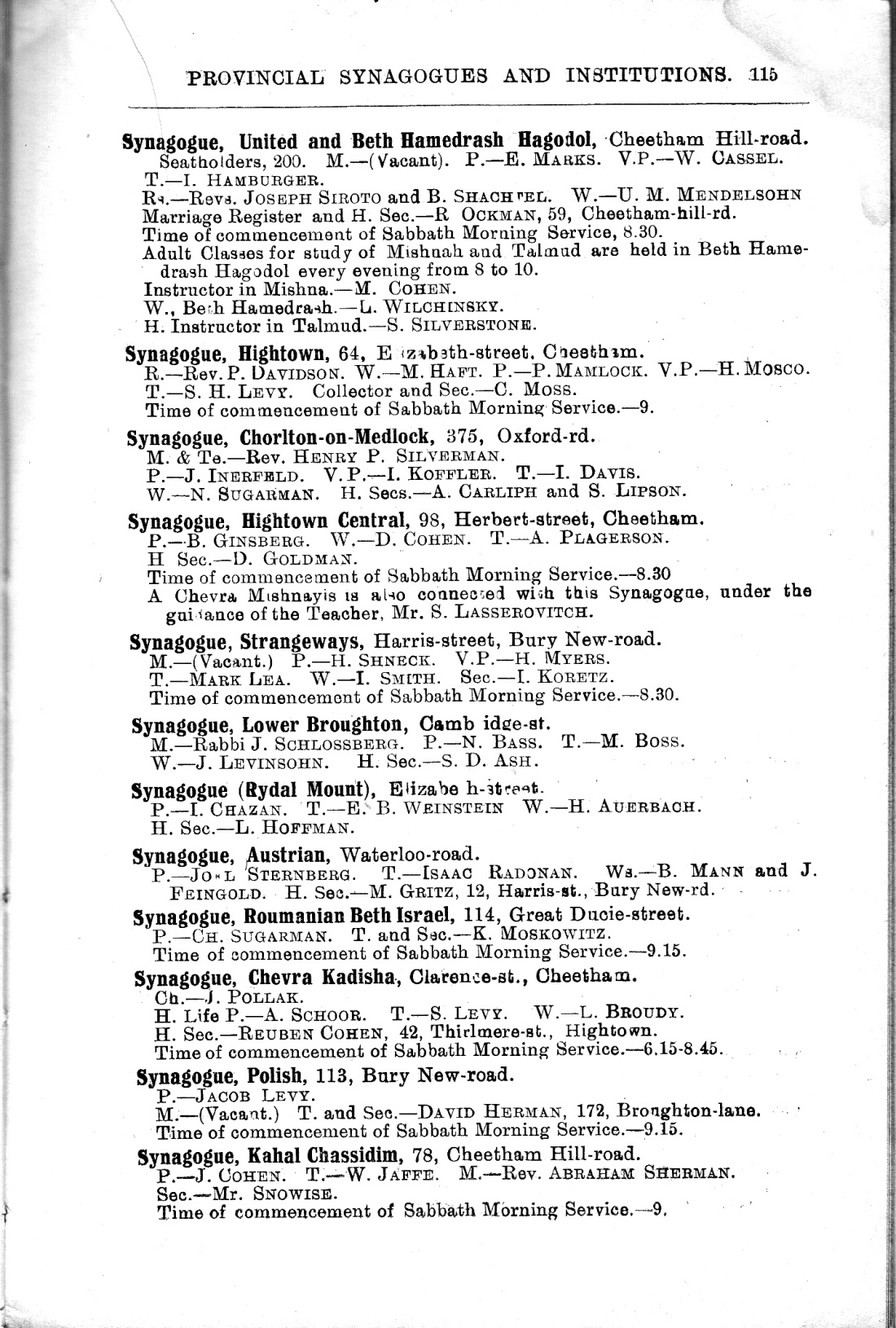 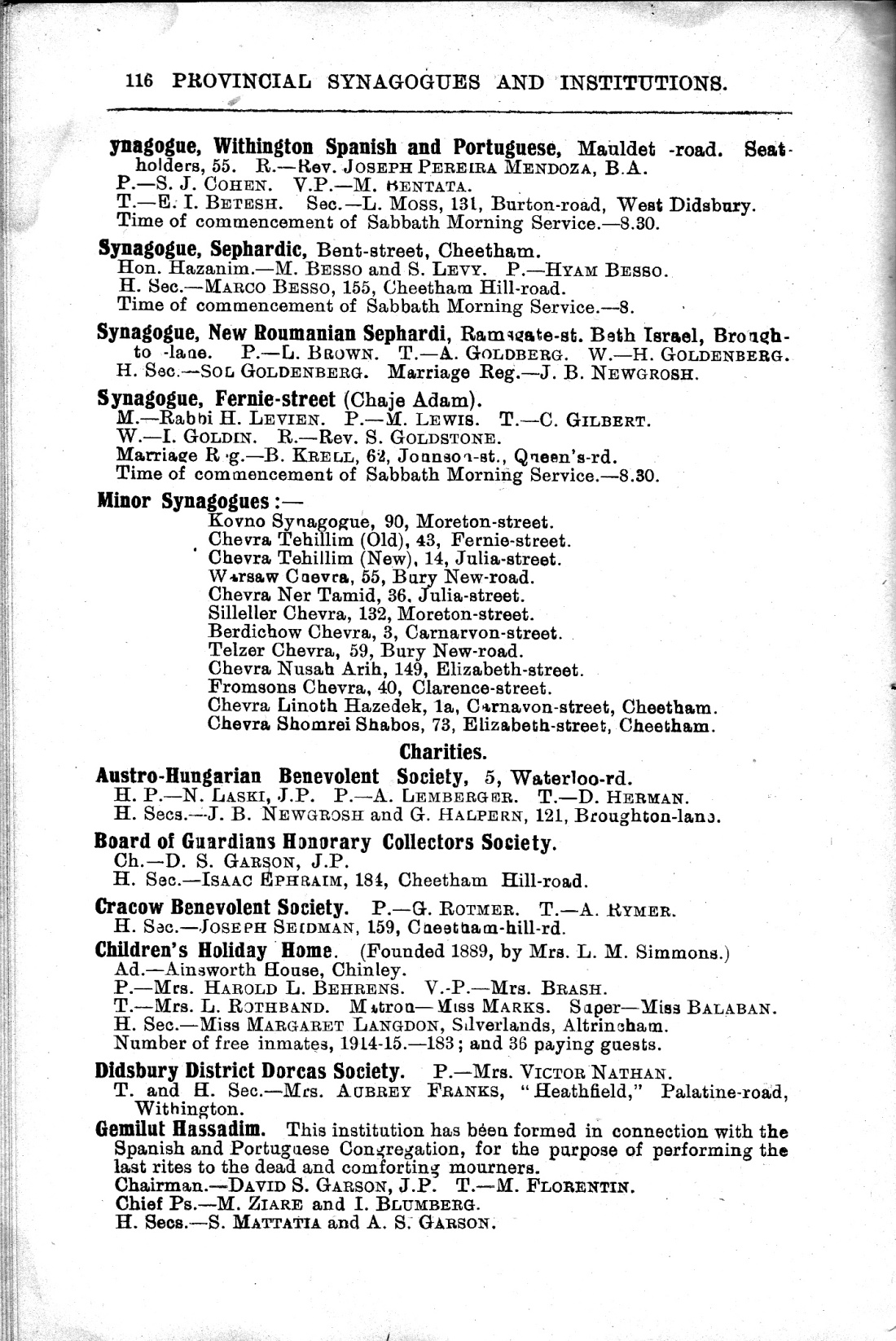 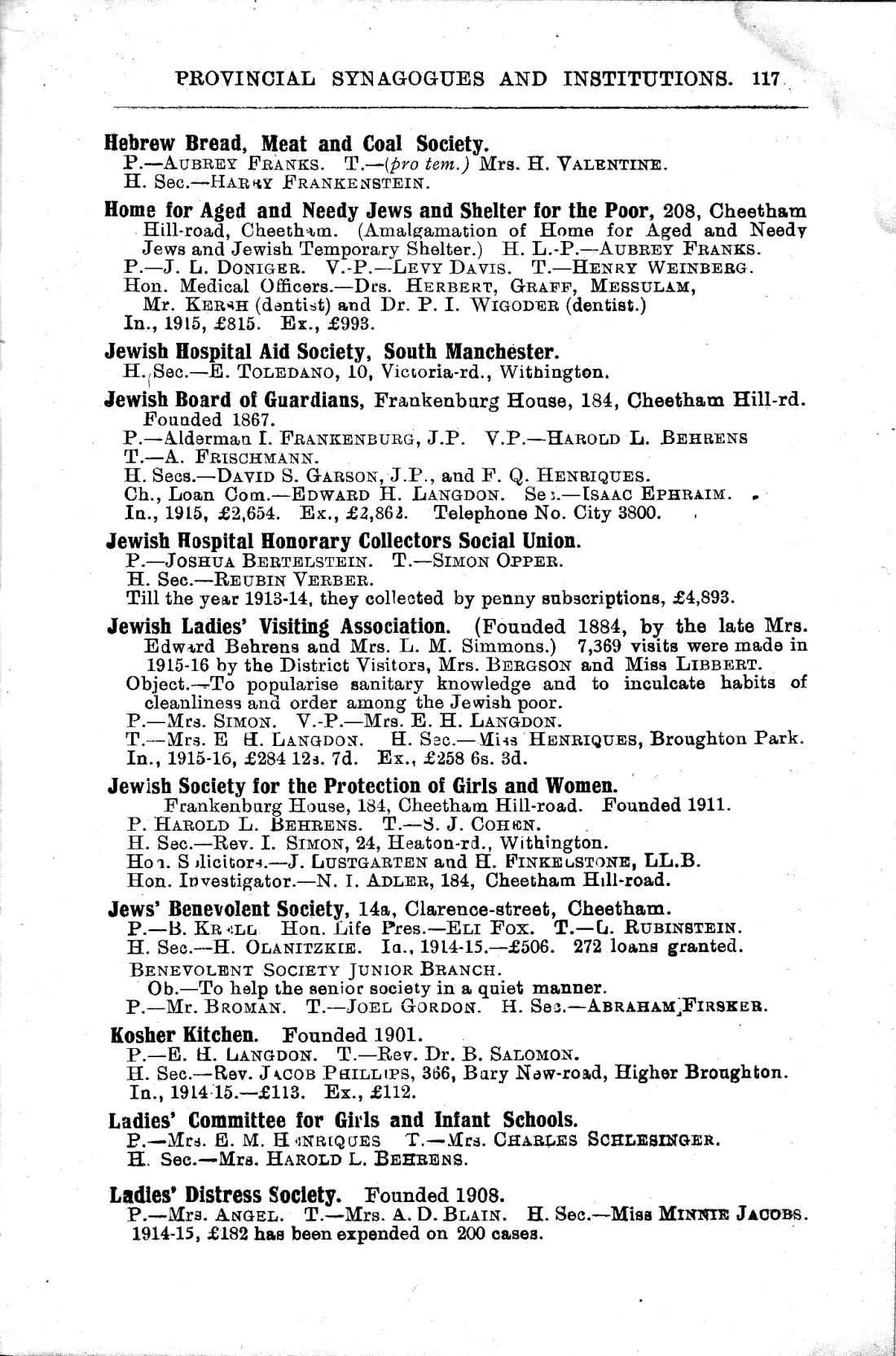 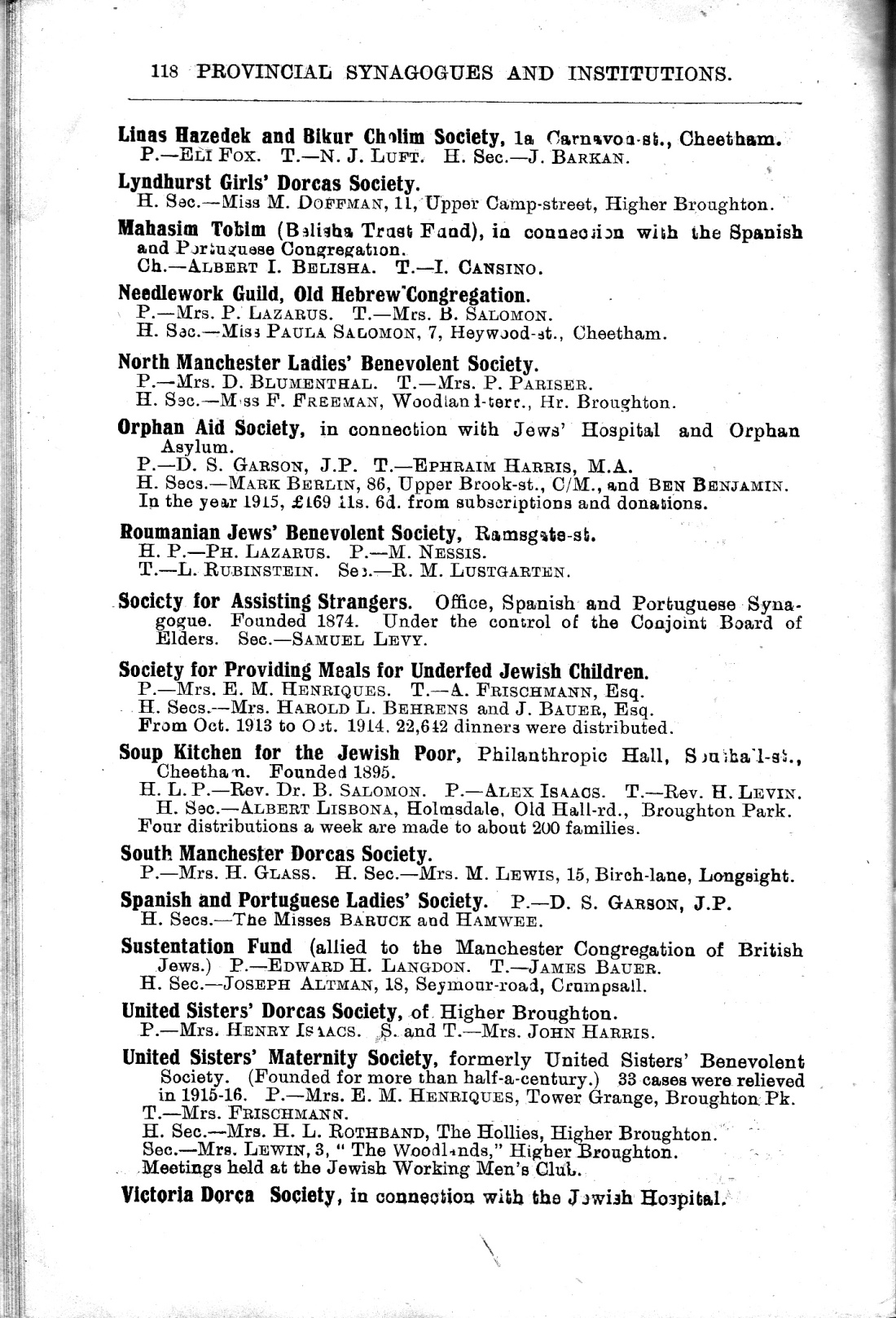 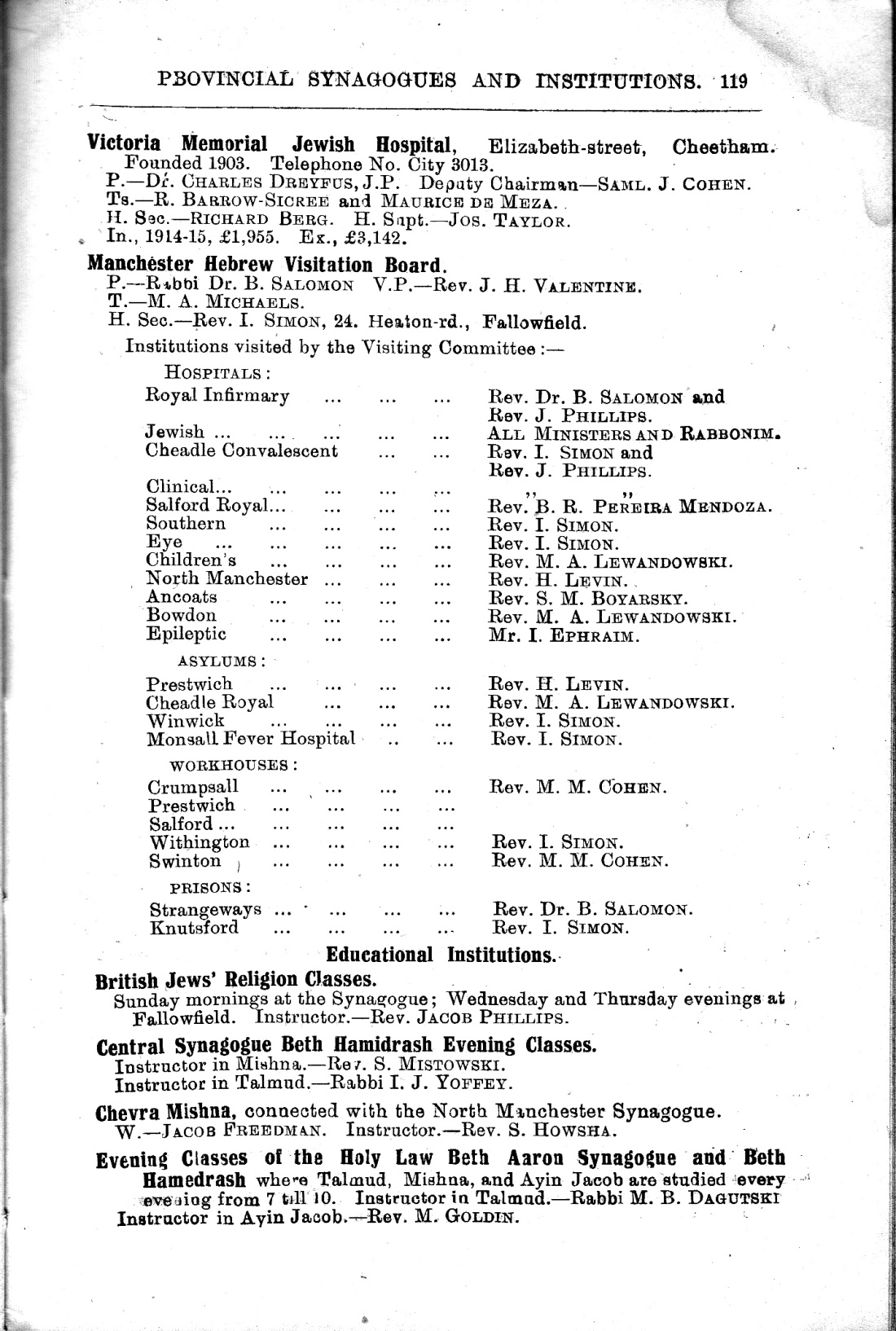 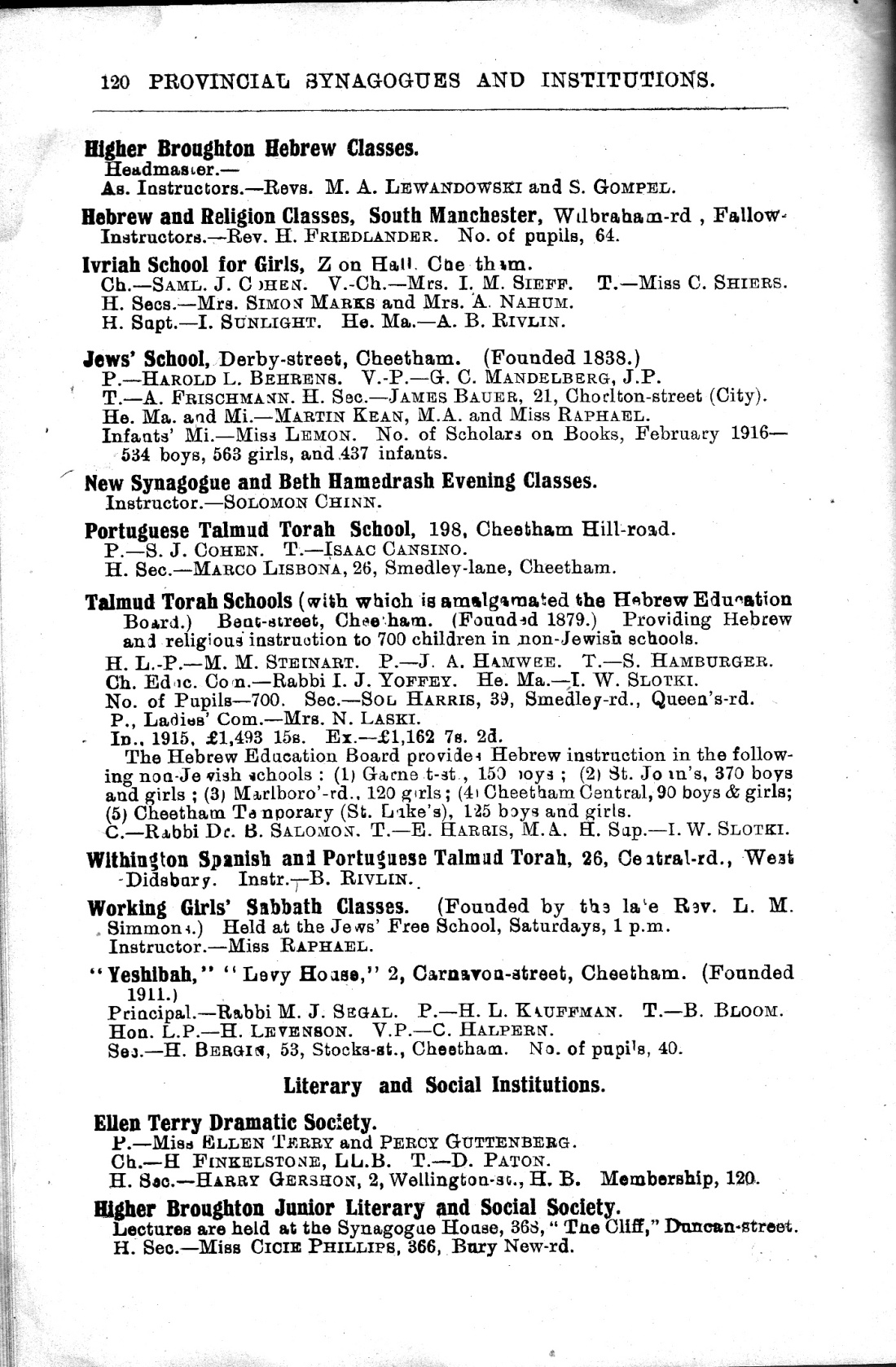 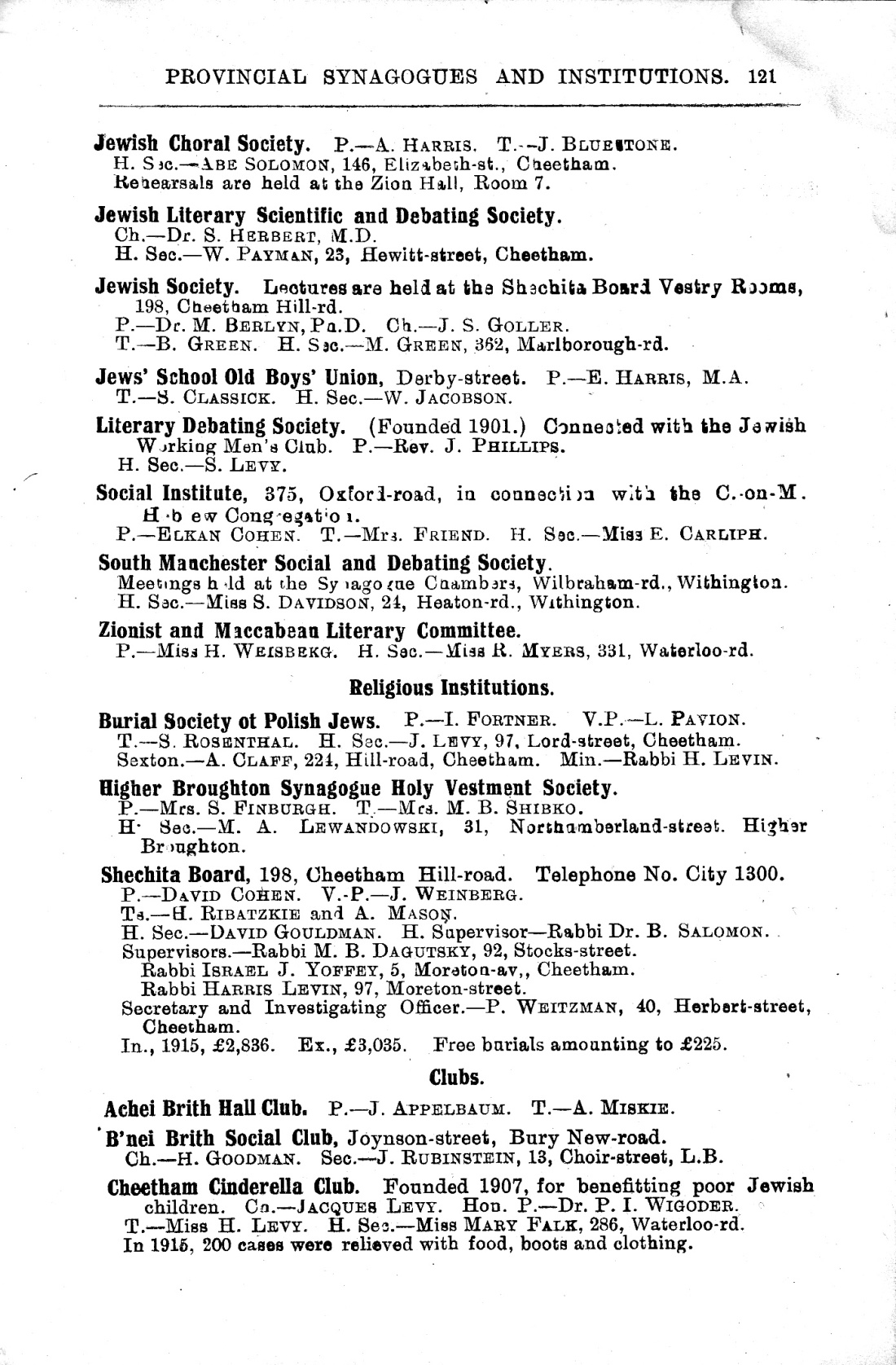 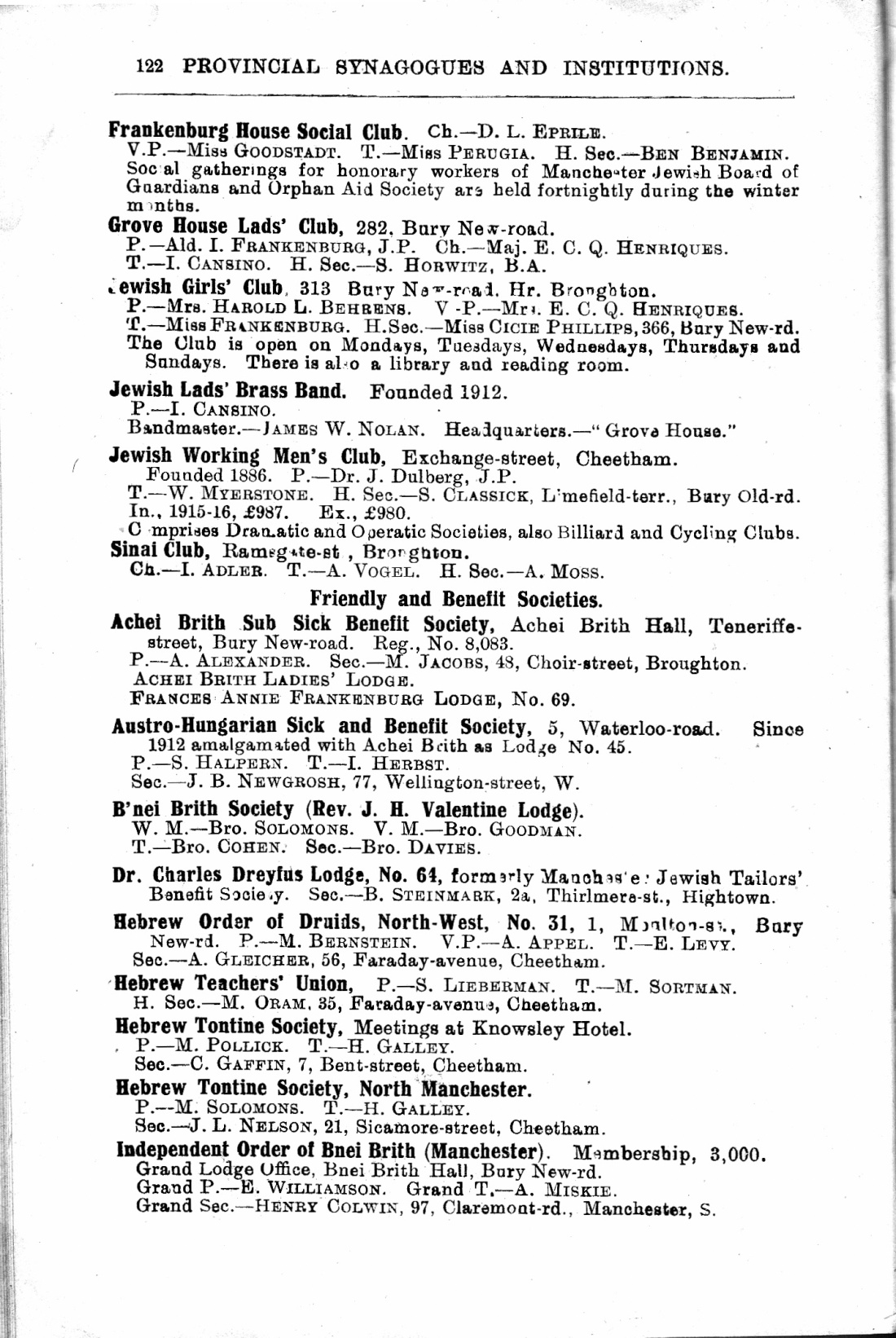 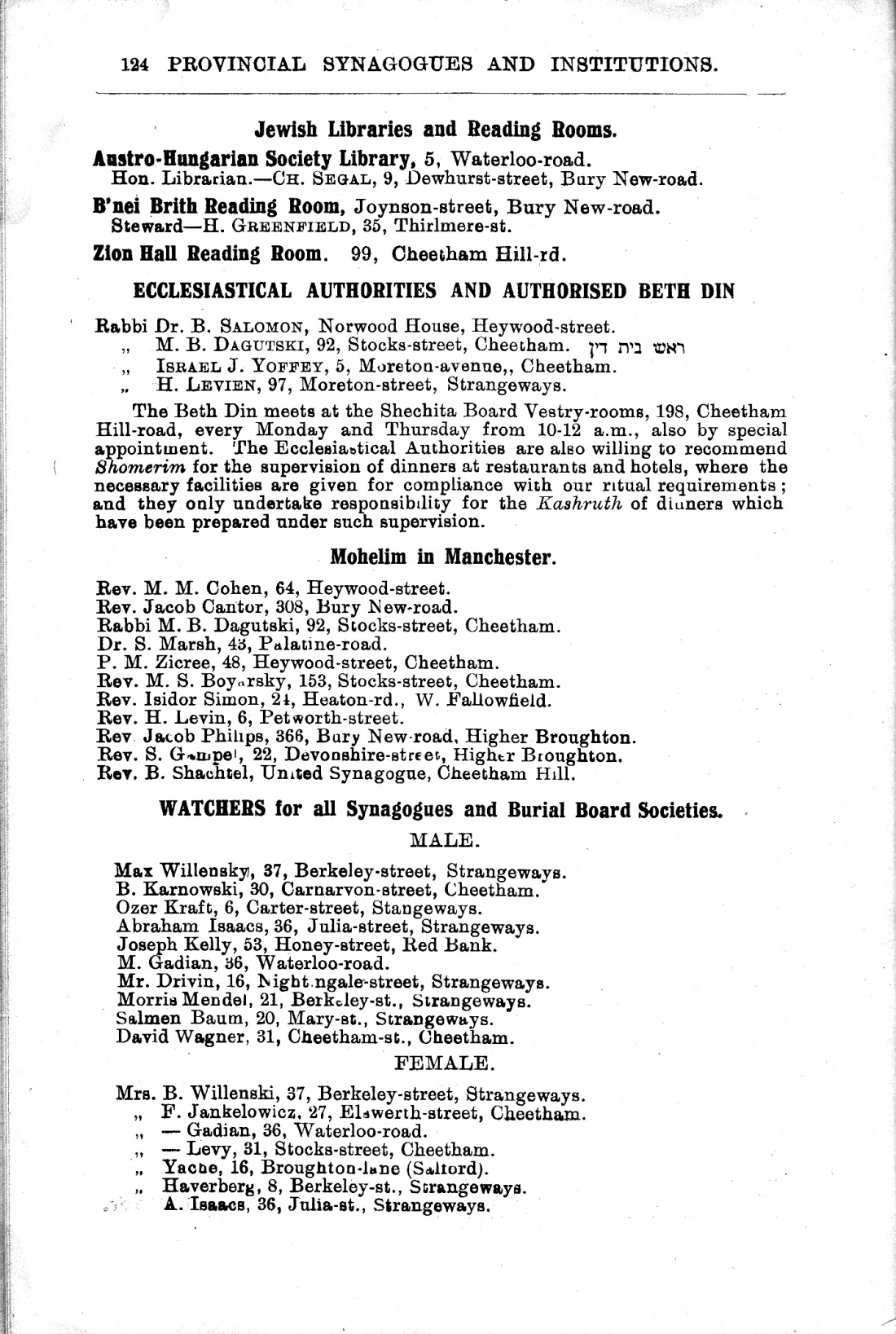 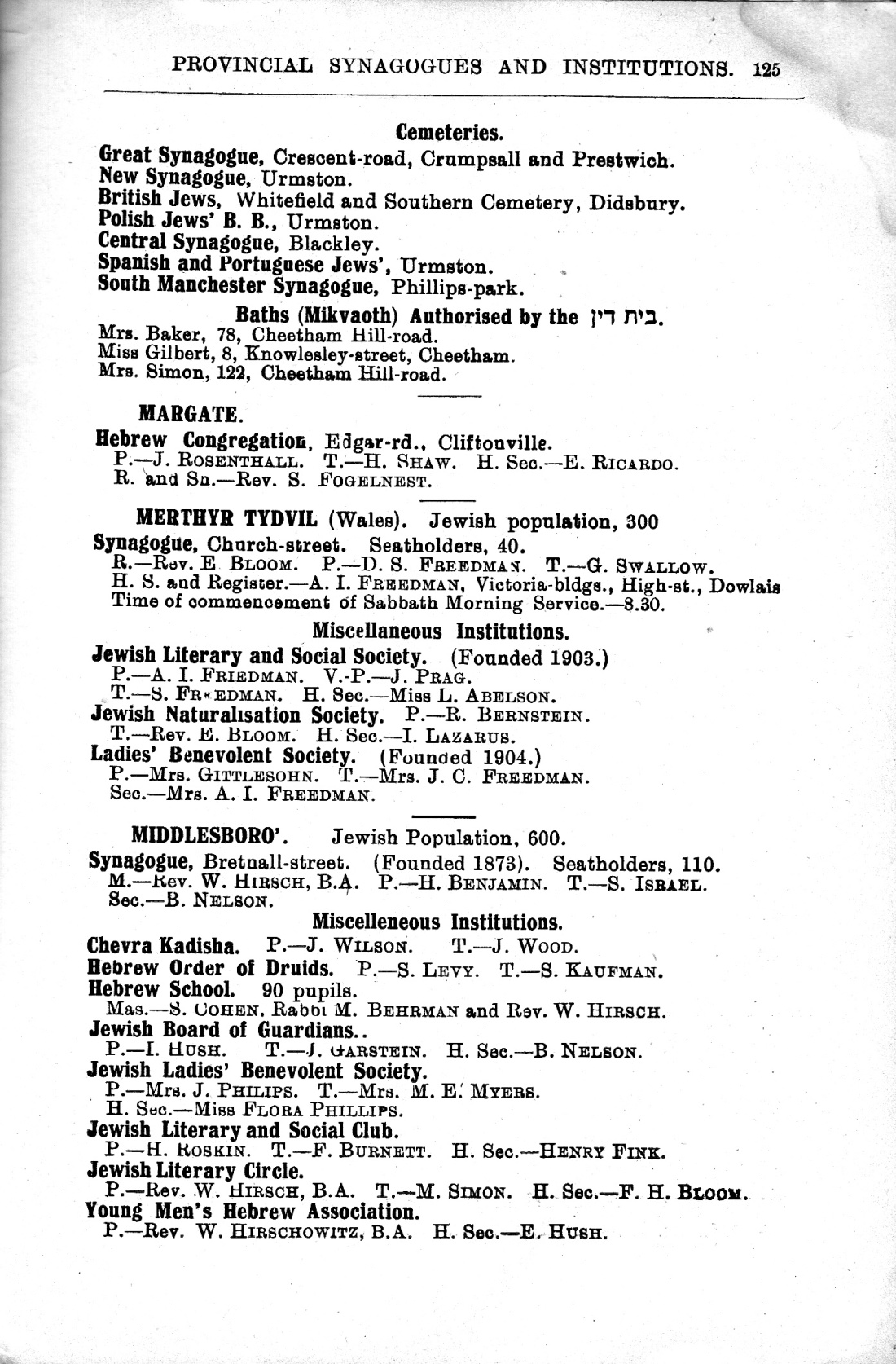 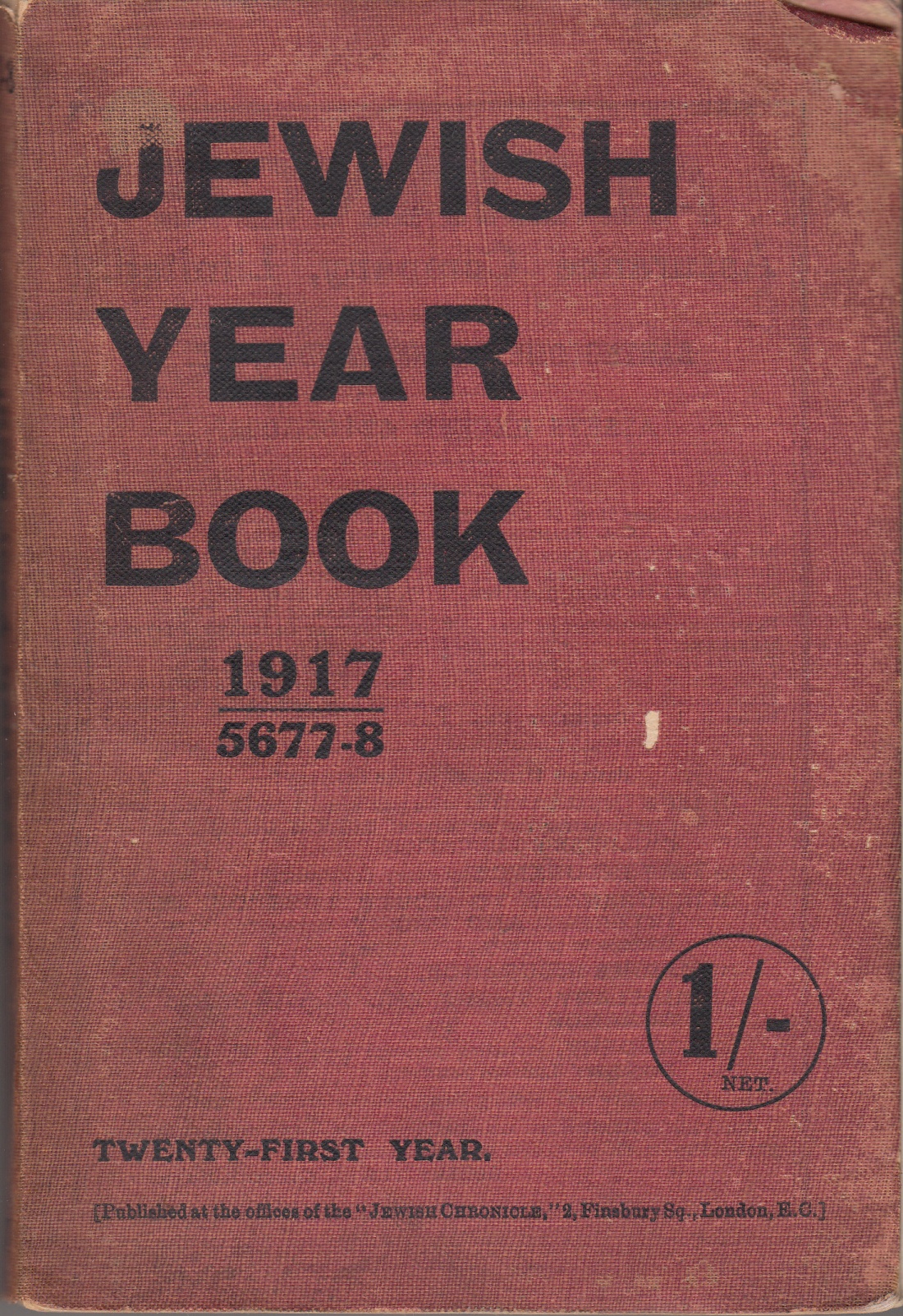