Rabbi Jack Ferber was the son of Rabbi Tzvi Hirsch Ferber, Rabbi of the West End Great Synagogue in Soho.  I have previously written about some of the elder Rabbi Ferber’s books – you can read about Shvil HaTzvi and Hegyonei Avos.

Eliezer Jacob (Jack) Ferber was born in Zagare, in Lithuania, in 1912, and was almost immediately brought to England.  He wrote this book just before the war, and from 1942 to 1944 was Rabbi of Cheltenham Hebrew congregation, followed by Hounslow and District Synagogue from 1945 to 1952.  He was also Officiating Chaplain to the R.A.F. (Uxbridge and Ruislip Stations) and Hounslow Barracks.  He was then Minister of East Ham, Manor Park and Ilford Synagogue and the Wanstead and Woodford Synagogue.

This is his only published book, printed by Israel Narodiczky and laid out in a similar style to his father’s books.  There is an English introduction (as well as a Hebrew one) which mentions 20 Talmudic studies.  However, the book has only 17, and the table of contents includes a note that the book had to be shortened because of the outbreak of war.

The book also has the blessing of his father, Rabbi Tzvi Hirsch Ferber: 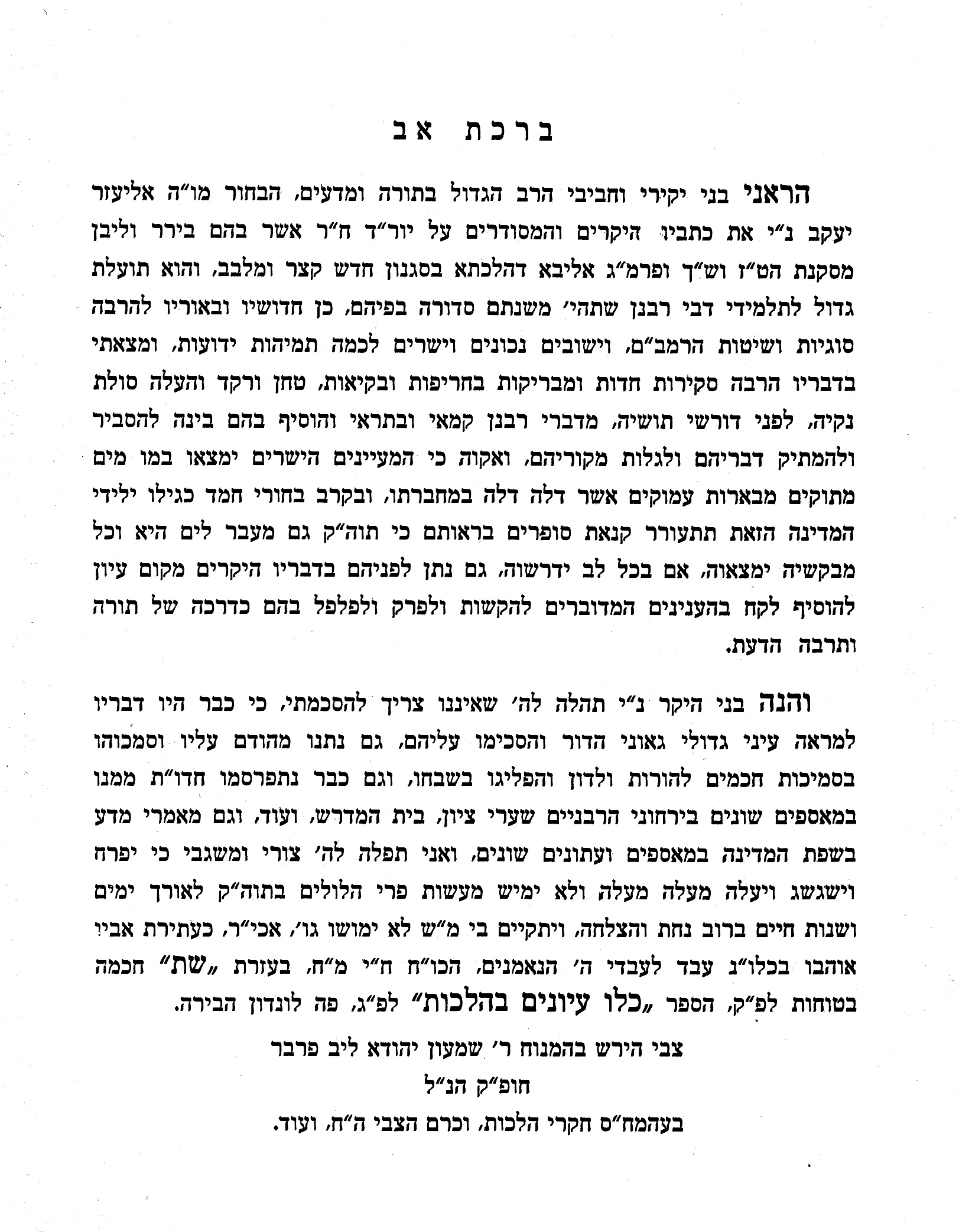 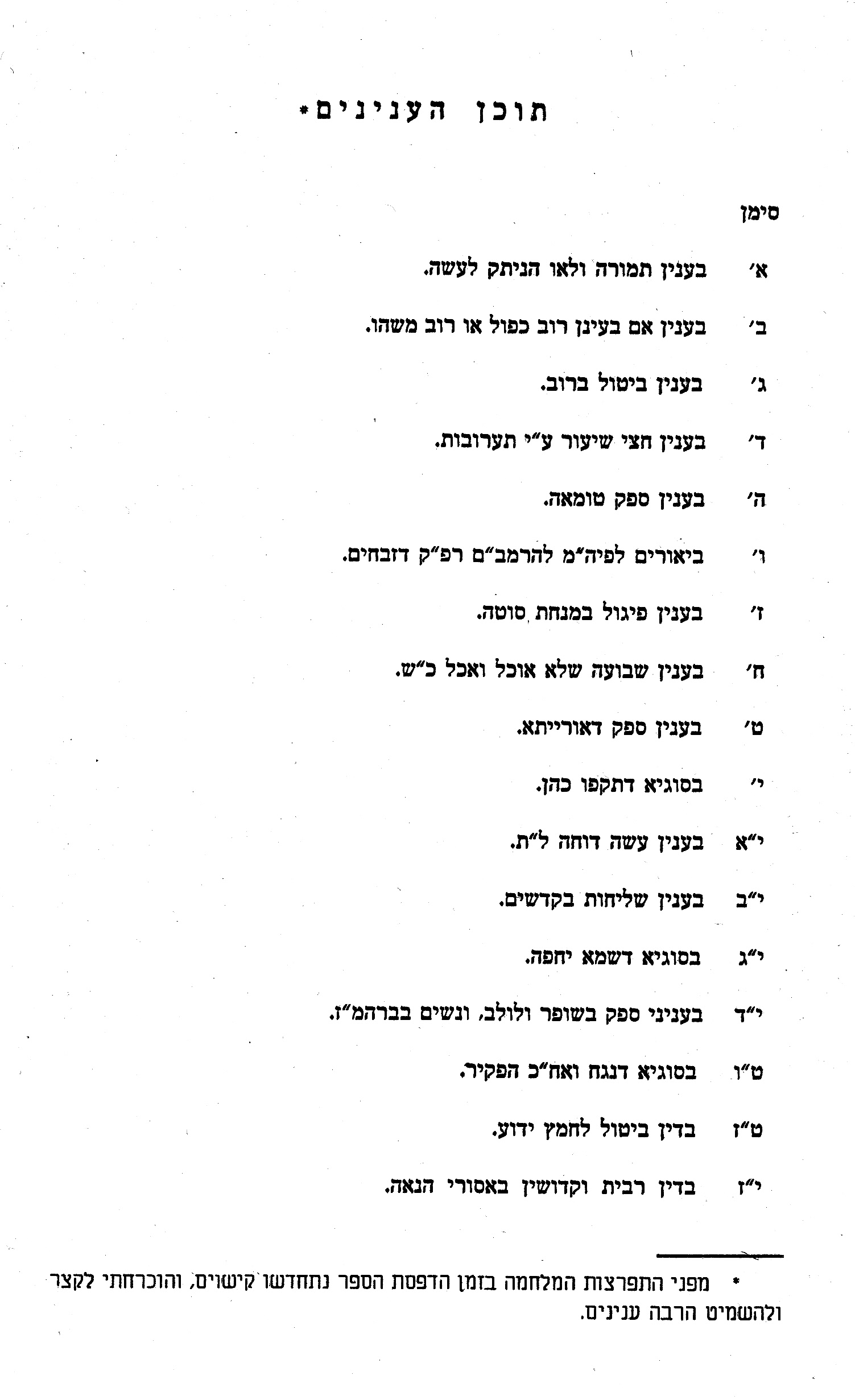 A sample Halachic Study from the book is scanned below: 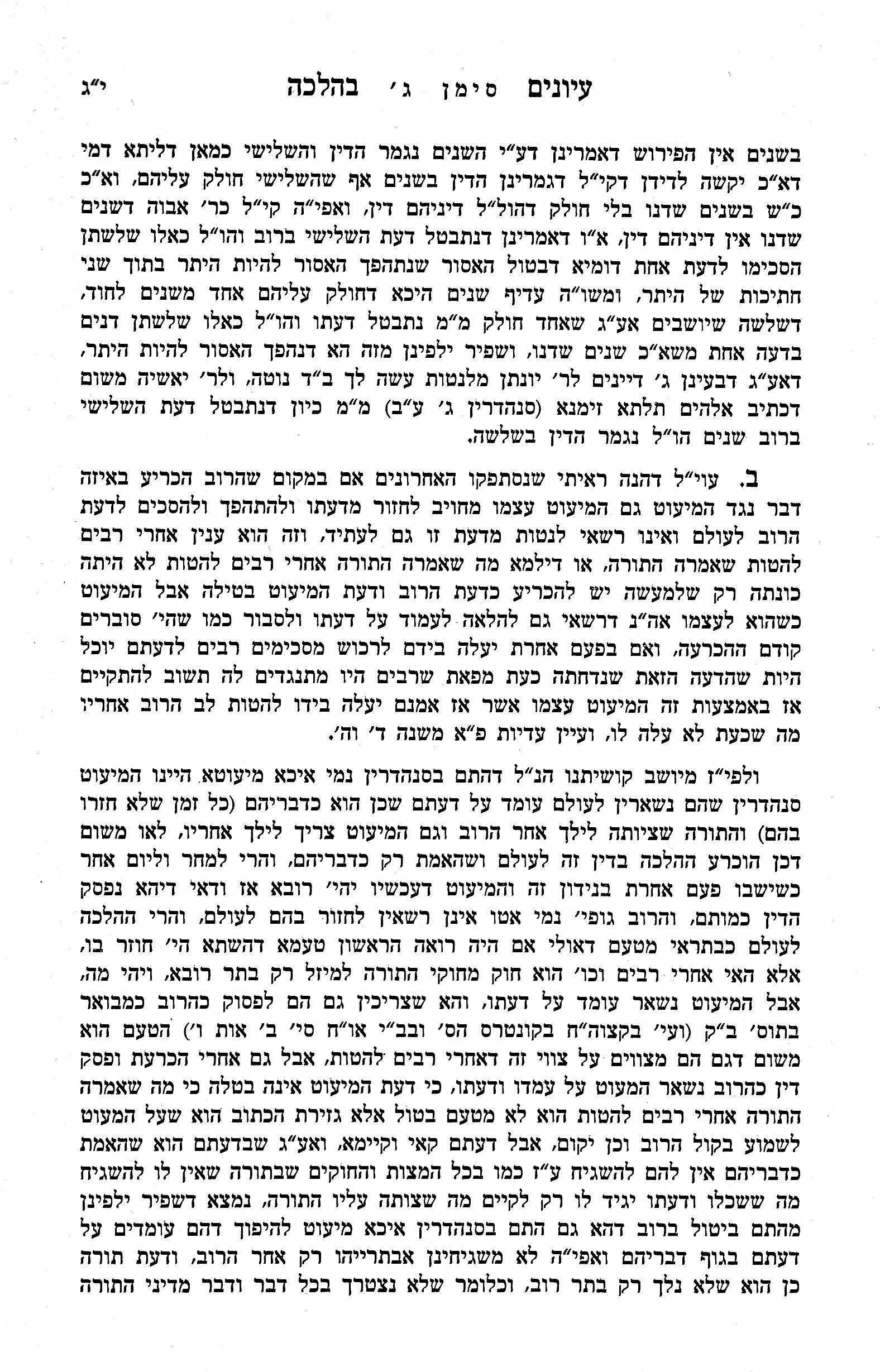 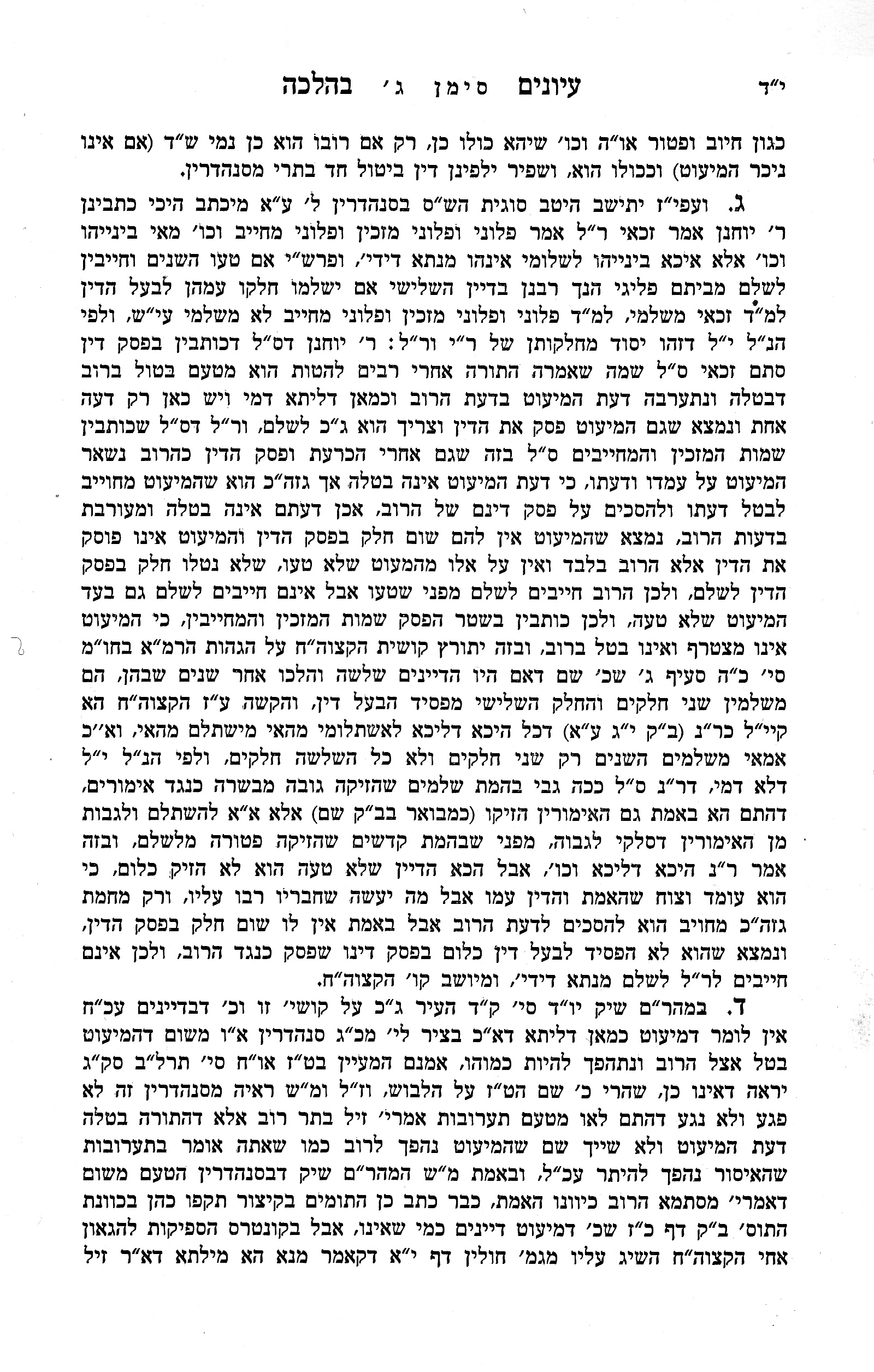 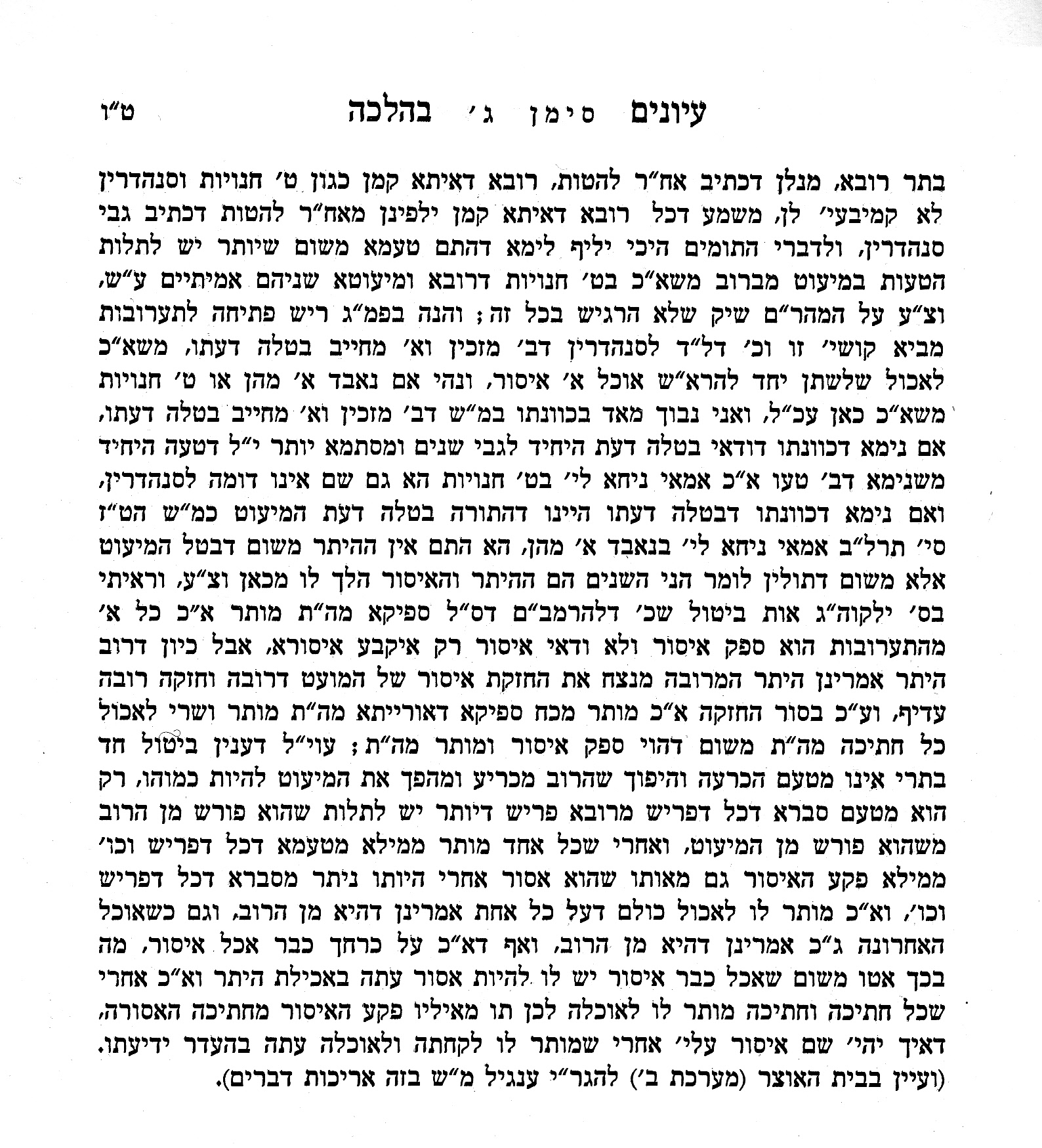