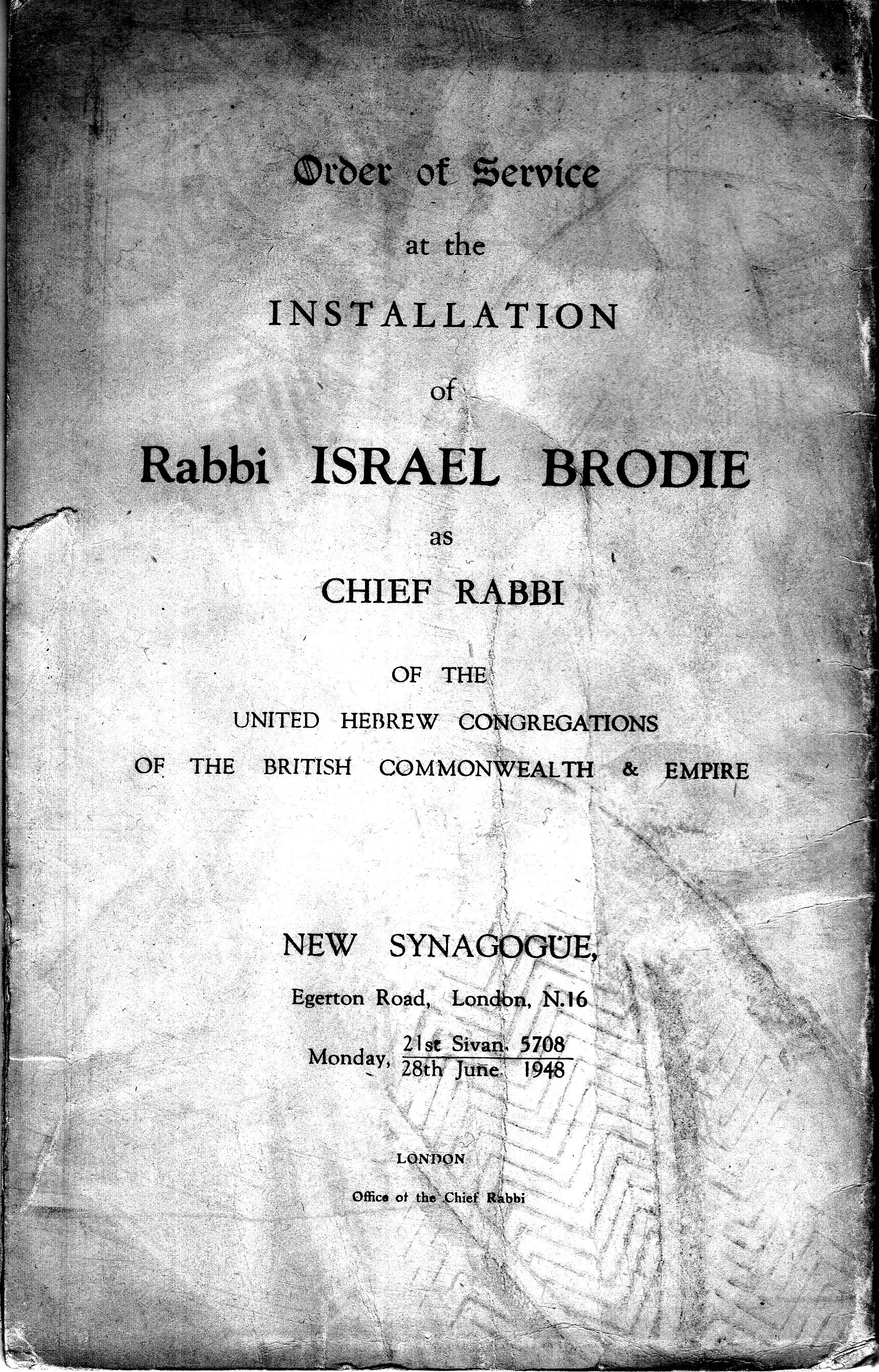 I am really not sure where I acquired this item, which is just an example of the ephemera sometimes acquired by a book collector. It is a printers proof of the Order of Service which was eventually distributed at the installation of Rabbi Israel Brodie on 28th June 1948. It is marked-up in pencil and has what appears to be a boot print on the front. One person’s rubbish is another person’s collectable!

Israel Brodie (1895 – 1979) was born in Newcastle and educated at Jews College, University College, London and Balliol College, Oxford.  From 1923 to 1937 he was Rabbi of Melbourne Hebrew Congregation, Australia.  During the War he was a chaplain to His Majesties’ British forces and was evacuated from Dunkirk, In 1944 he succeeded Dayan Gollop as Senior Jewish Chaplain.  He became Chief Rabbi in 1948 and founded and led the Conference of European Rabbis.  For a copy of a publication of the Conference of European Rabbis click here.  He was knighted on his retirement as Chief Rabbi. 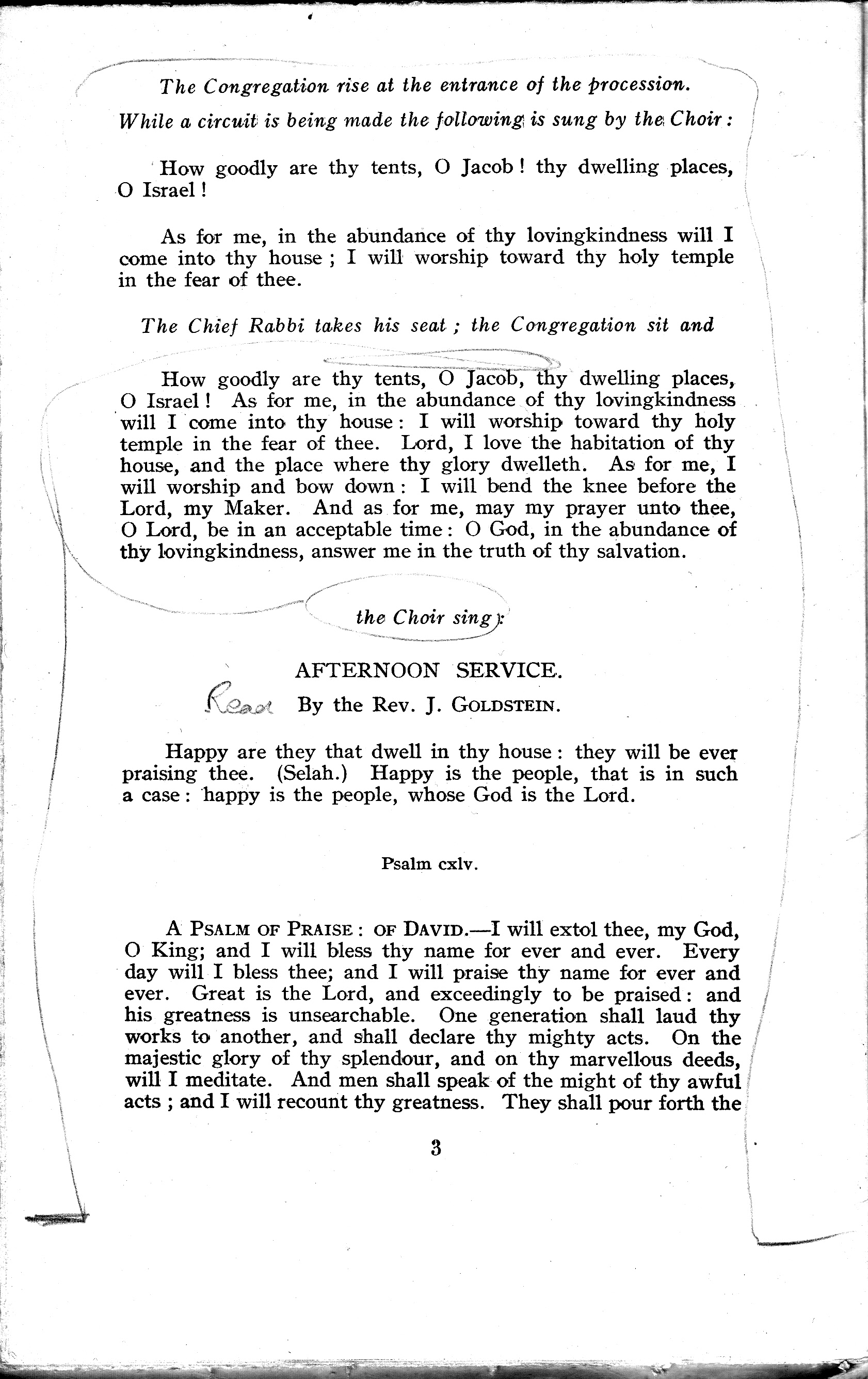 One thought on “Order of Service at the Installation of Rabbi Israel Brodie as Chief Rabbi, New Synagogue, London, 1948”