This is a relatively modern book, but is important because of its description of this prominent Synagogue and its community.

In the middle of the nineteenth century the Synagogue organization of London had remained unaltered since the middle of the previous century. the community who lived in the West End were affiliated to one of the four historic City congregations, Bevis Marks, the Great, the Hambro and the New.  Sabbath or Festival attendance meant a four or five mile walk or staying in City hotels.  As a result, in 1855, the original Central Synagogue was built, and the residents of the Bayswater area started to plan to establish their own Synagogue.

The foundation stone was laid by the Chief Rabbi on 10th July, 1862, in Chichester Place, near the corner of Harrow Road.  The new building had seats for 341 men and 334 ladies. 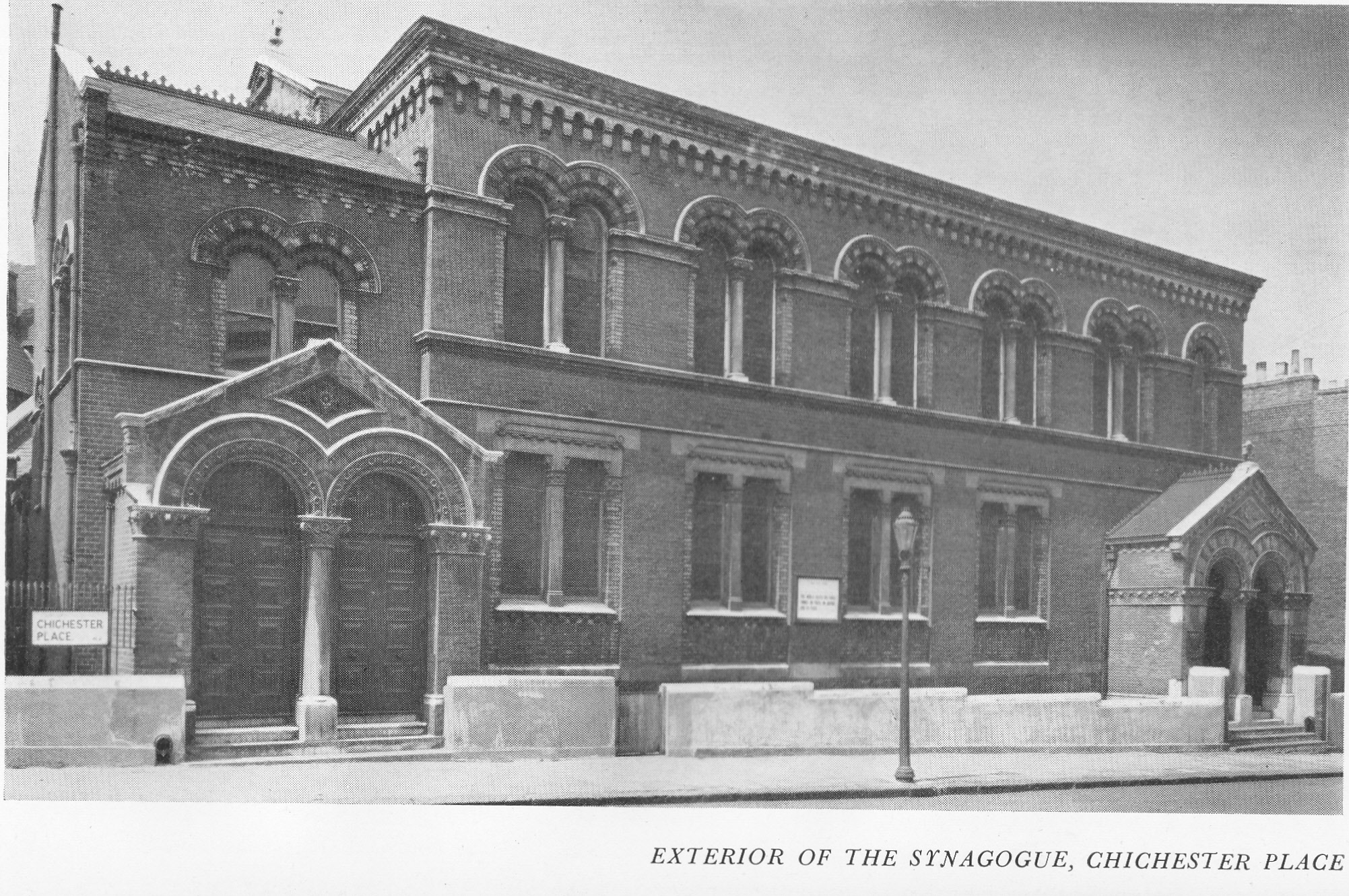 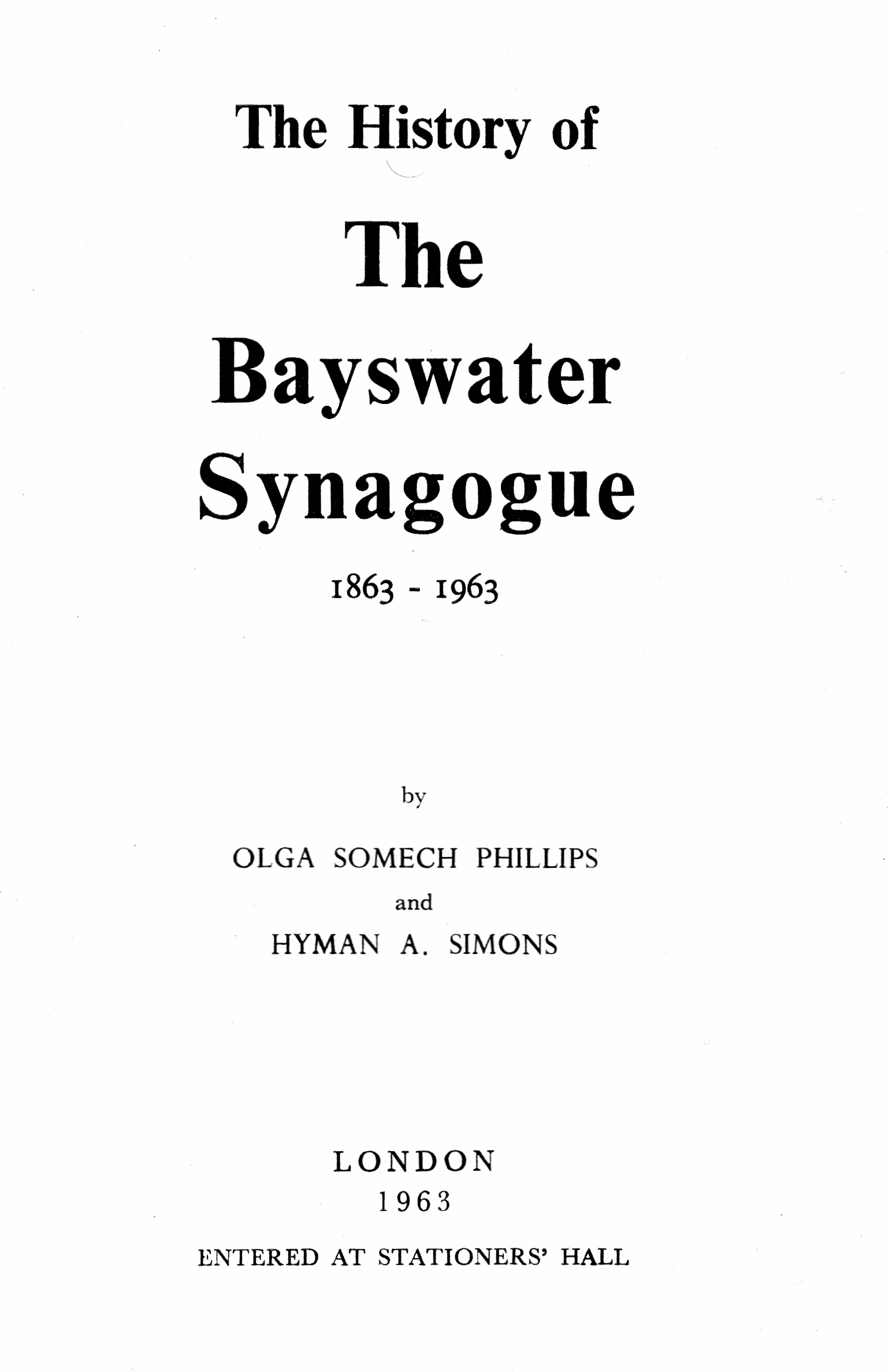 At the time that this book was written, to mark the centenary of the Synagogue, as a result of the German bombing and destruction of the Great and Central Synagogues, the Bayswater was the oldest Ashkenazi Synagogue in London.  Here is the preface by Rabbi Raymond Apple, the young Australian Rabbi of the Synagogue in 1962:

I have previously written about the installation of electric light in the Bayswater Synagogue, and also about its prominent Rabbi, Sir Hermann Gollancz. 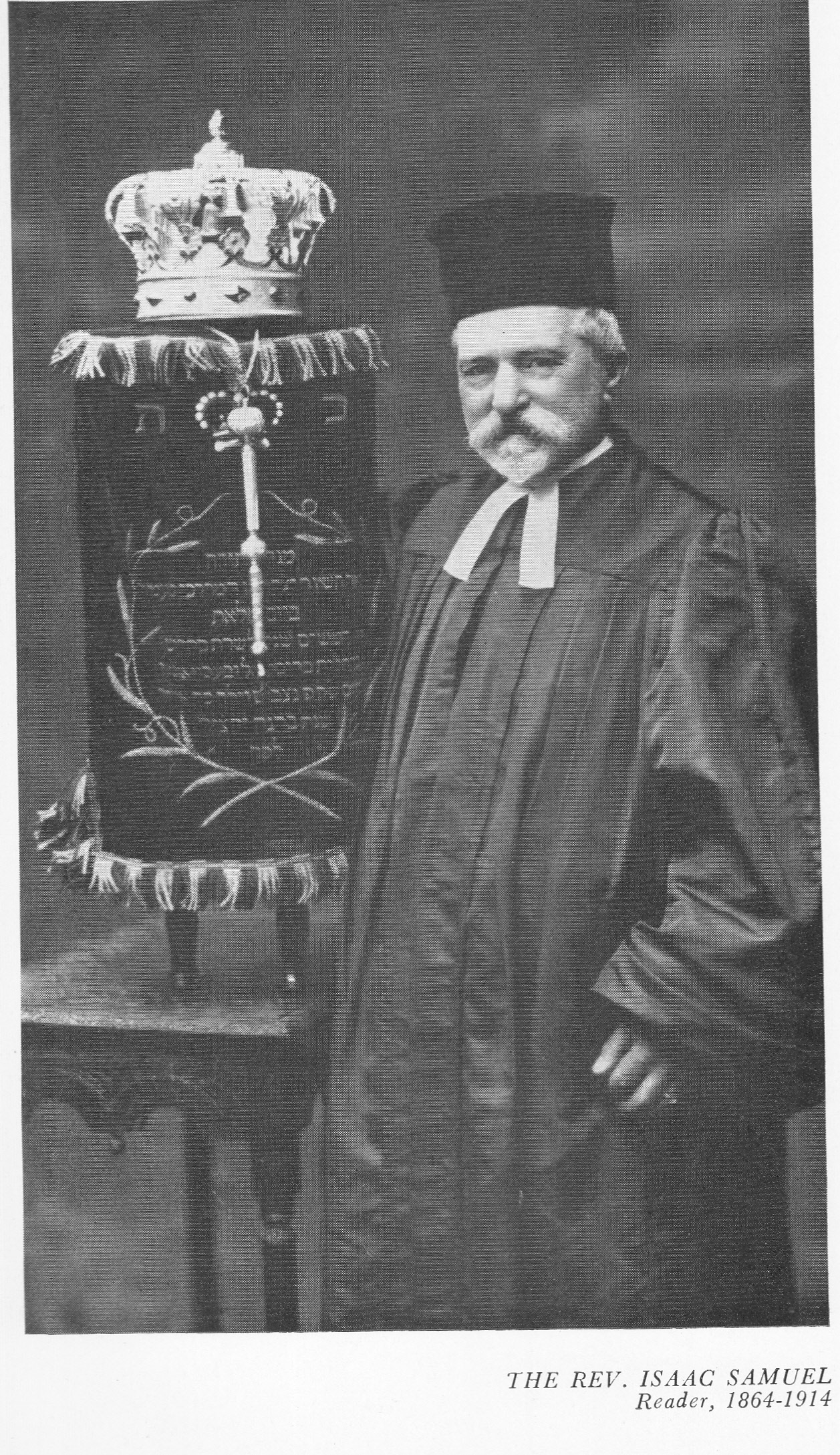 The photograph to the left is Dayan Mark Gollop.  I have his copy of Chief Rabbi Hertz’s “Book of Jewish Thoughts”, and you can read about Dayan Gollop by clicking here. 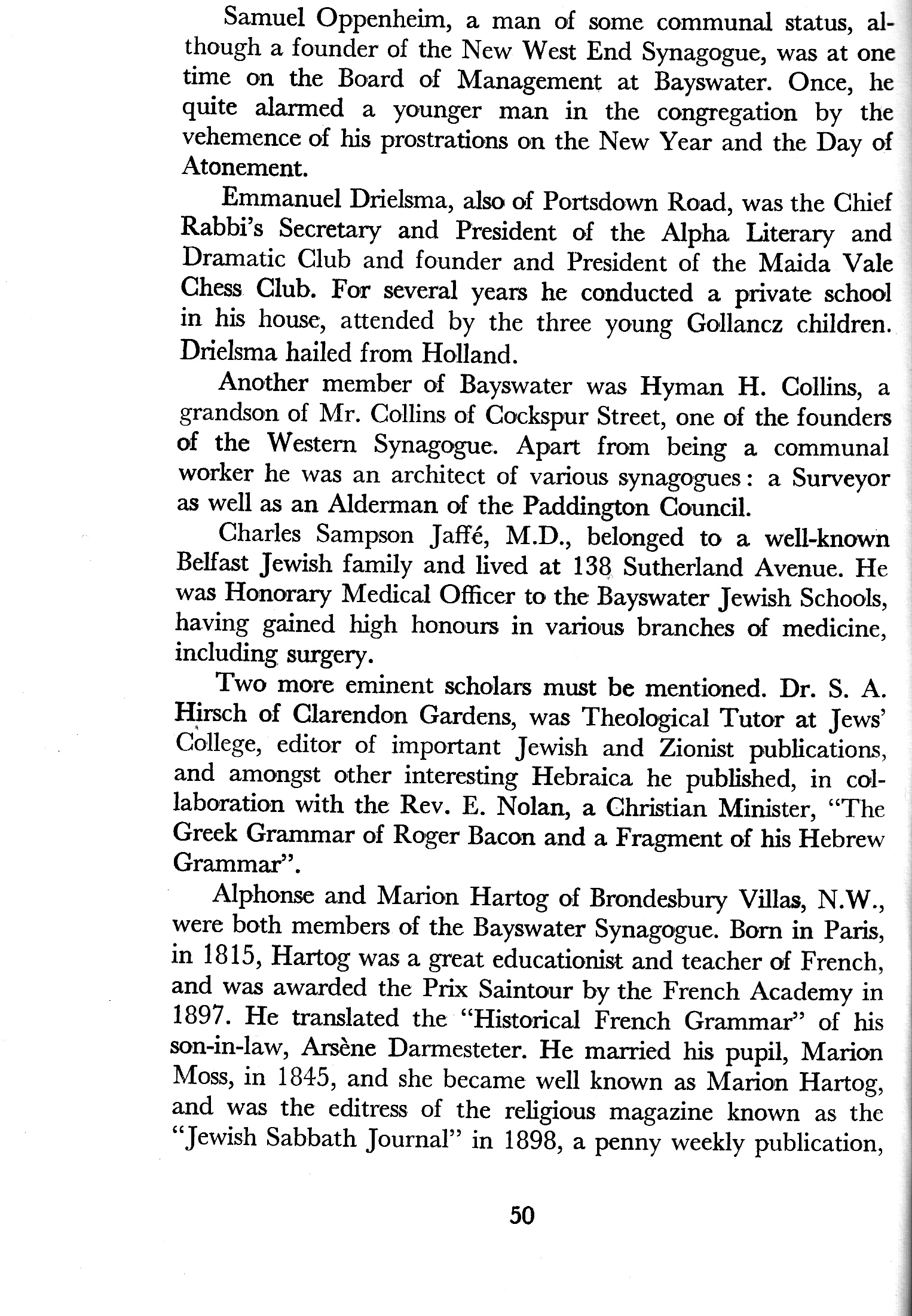 Finally, we leave the Bayswater Synagogue resplendent in the glory of its first hundred years and hopefully facing its second hundred years.  To quote the epilogue below, “The amount of fresh building taking place within the vicinity augurs well for the future.”