“Productivisation,” is a collection of short stories in Yiddish by the longtime journalist Y. A. Lisky, who fled anti-Semitism in Vienna and ran England’s longest-surviving secular Yiddish newspaper until he was 89.His real name was Yude Itamar Fuks, and he was the brother of the writer A. M. Fuks.  He was born in Yezerna in Eastern Galicia, in 1902.  From 1924 to 1930 he lived in Vienna, followed by Paris and then London. 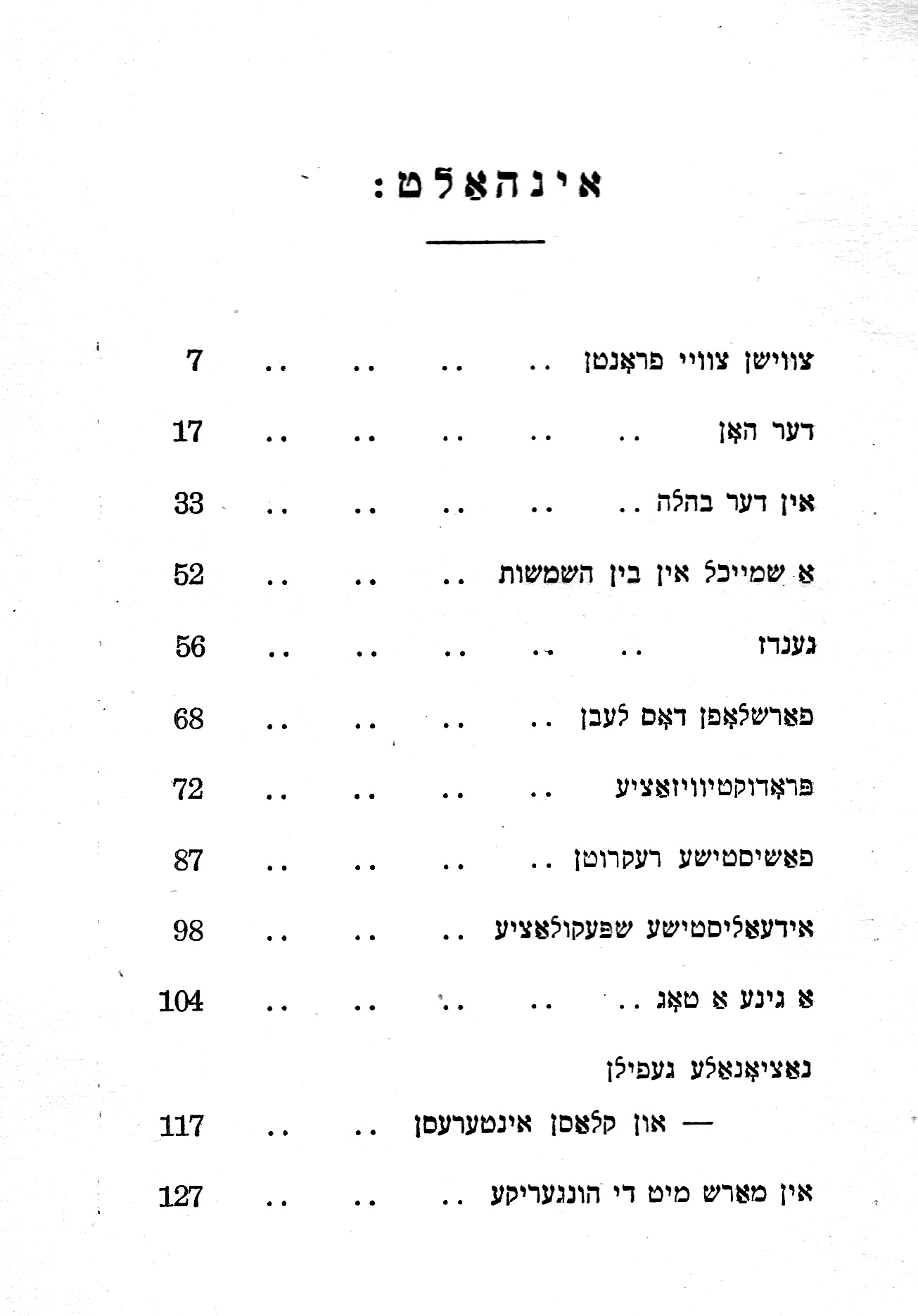 From 1932 he was a contributor and editor of the weekly newspaper Di Yidishe Shtime (The Jewish Voice) with B. A. Sochachevsky and L. Sh. Kreditor.

This was the first of several books and was printed in 1937 by the Narodiczky Press in Whitechapel.  It is a book of short stories, mostly concerning Jewish Life in Galicia in World War 1.

As a selection, I have scanned the title story – Productivisation, which has more of a London connection. 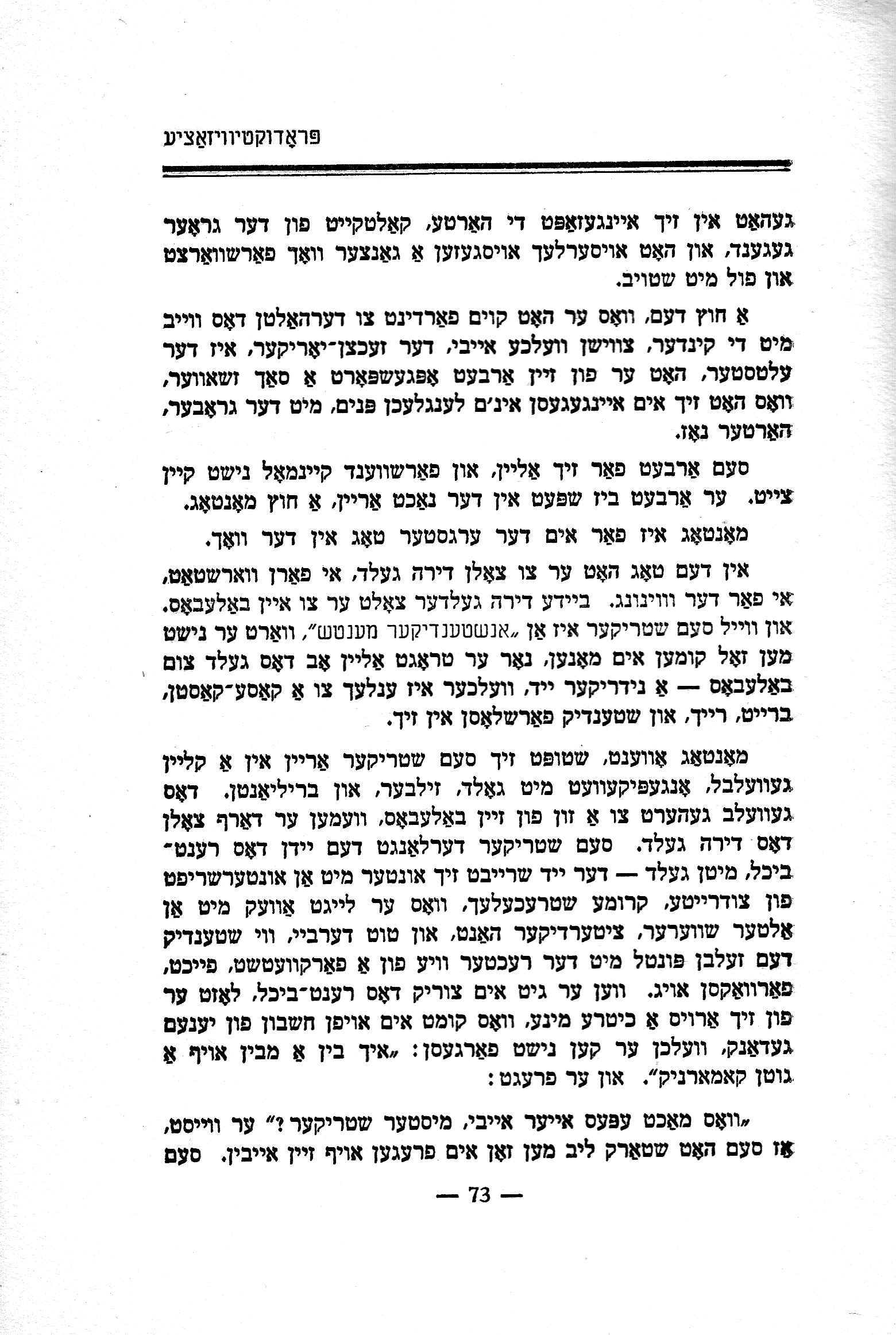 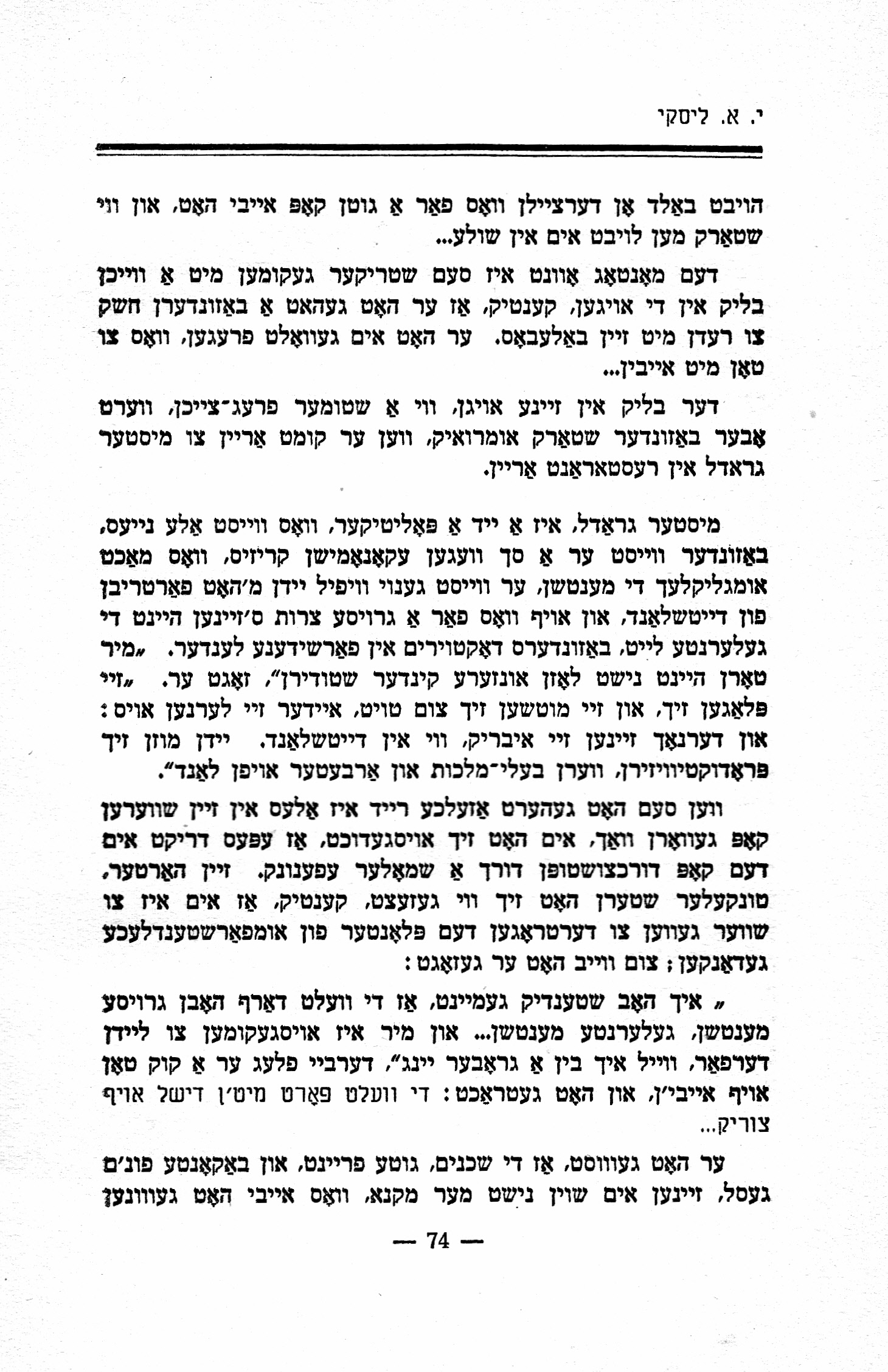 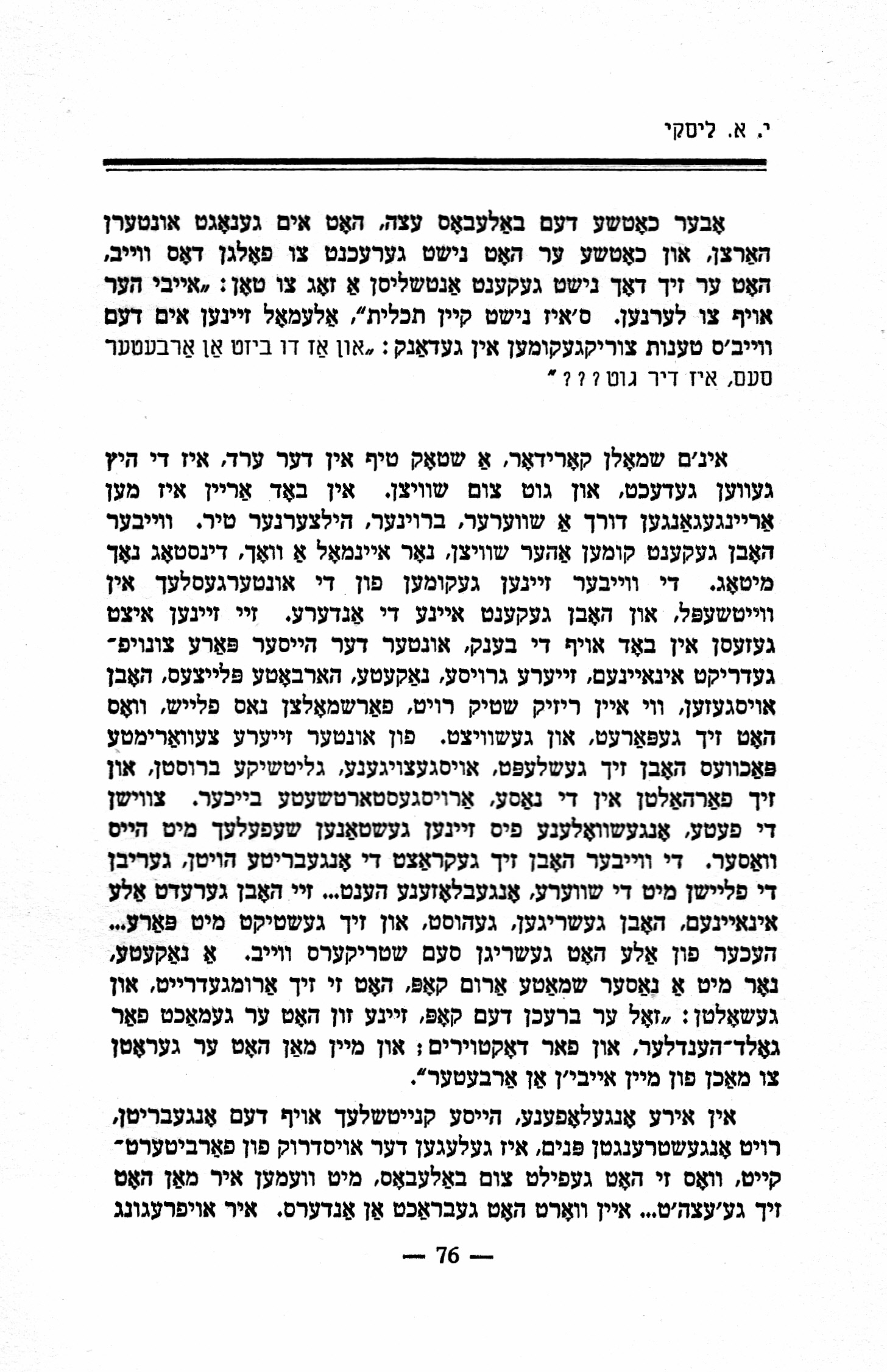 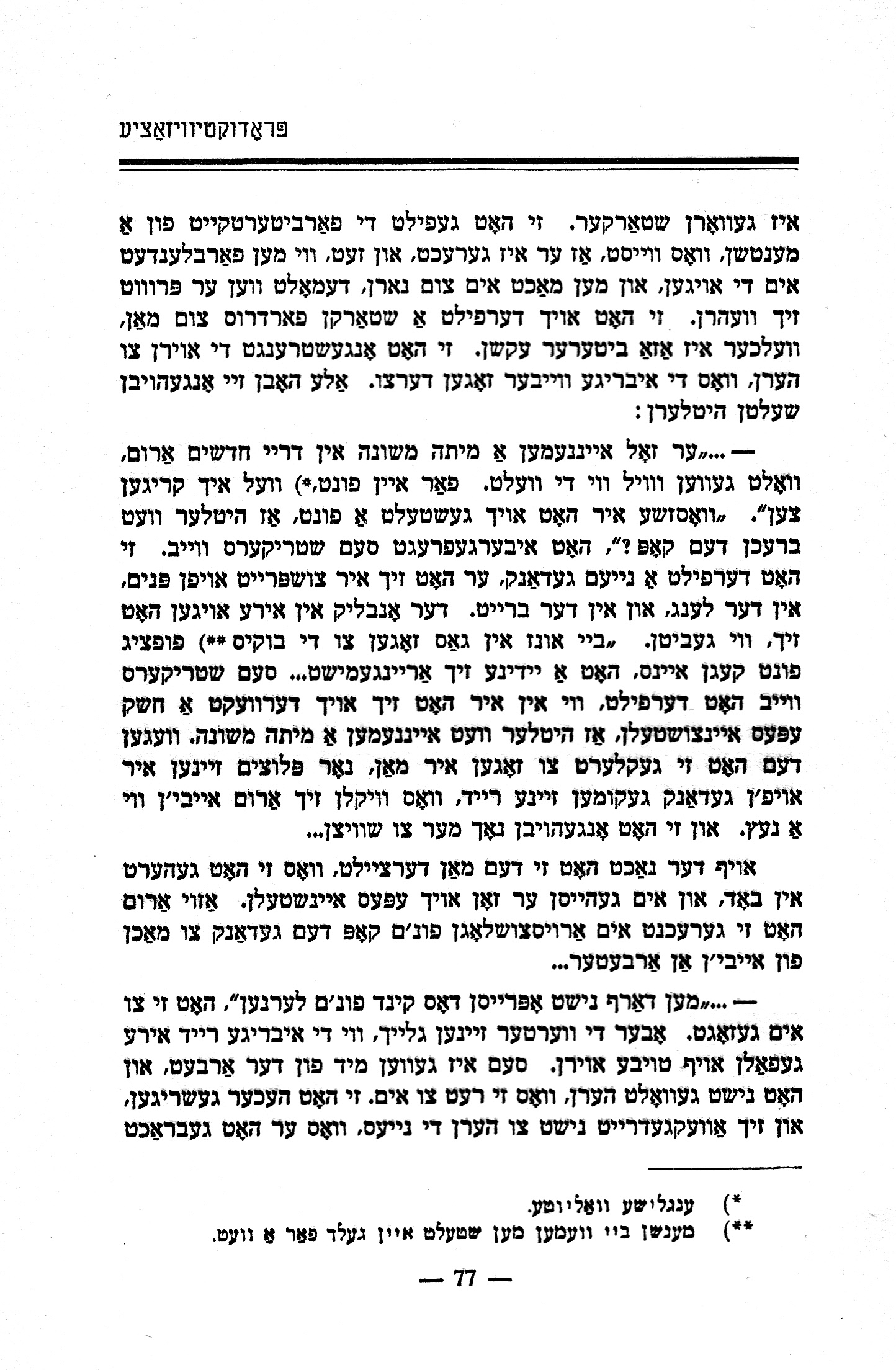 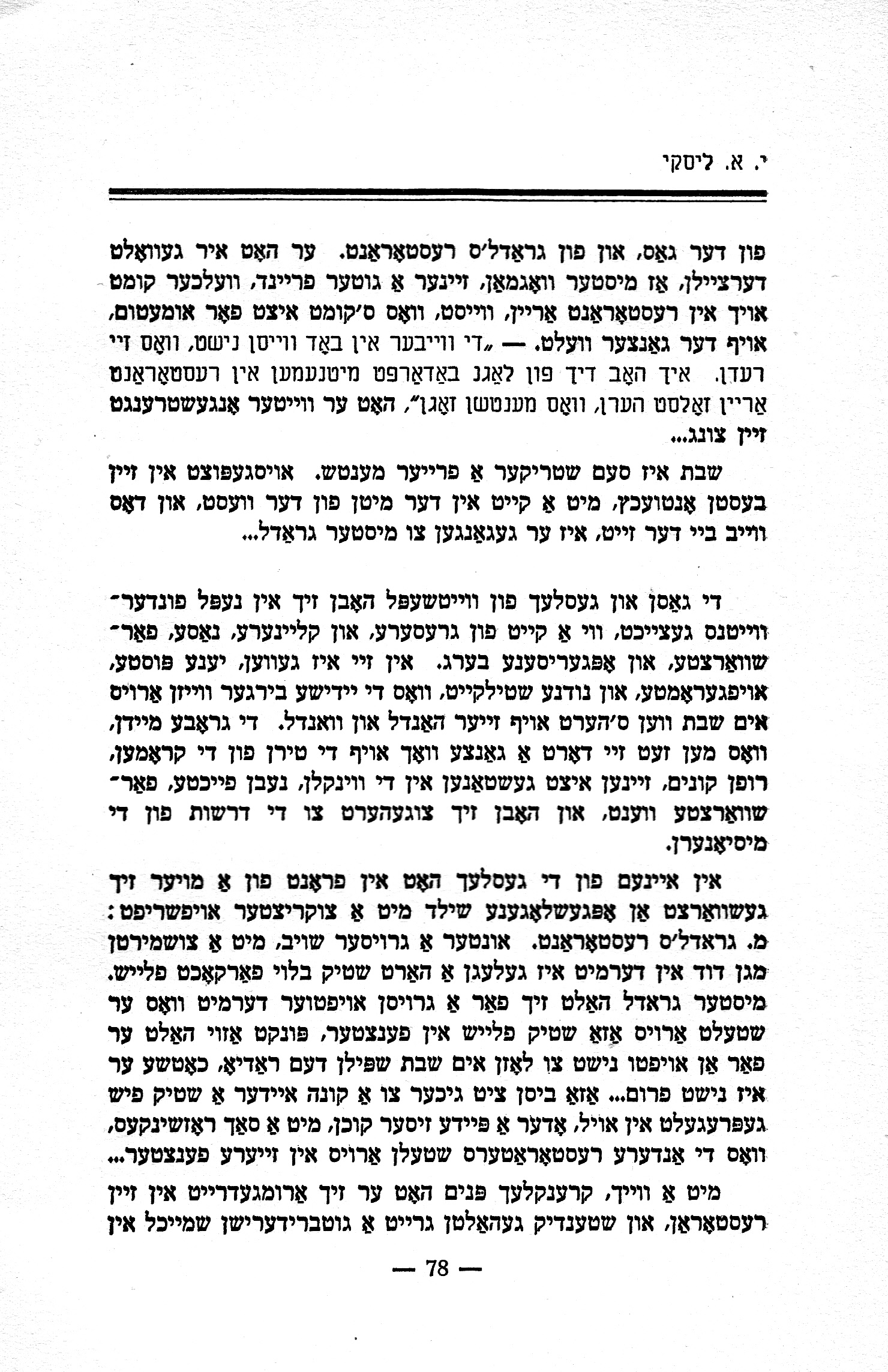 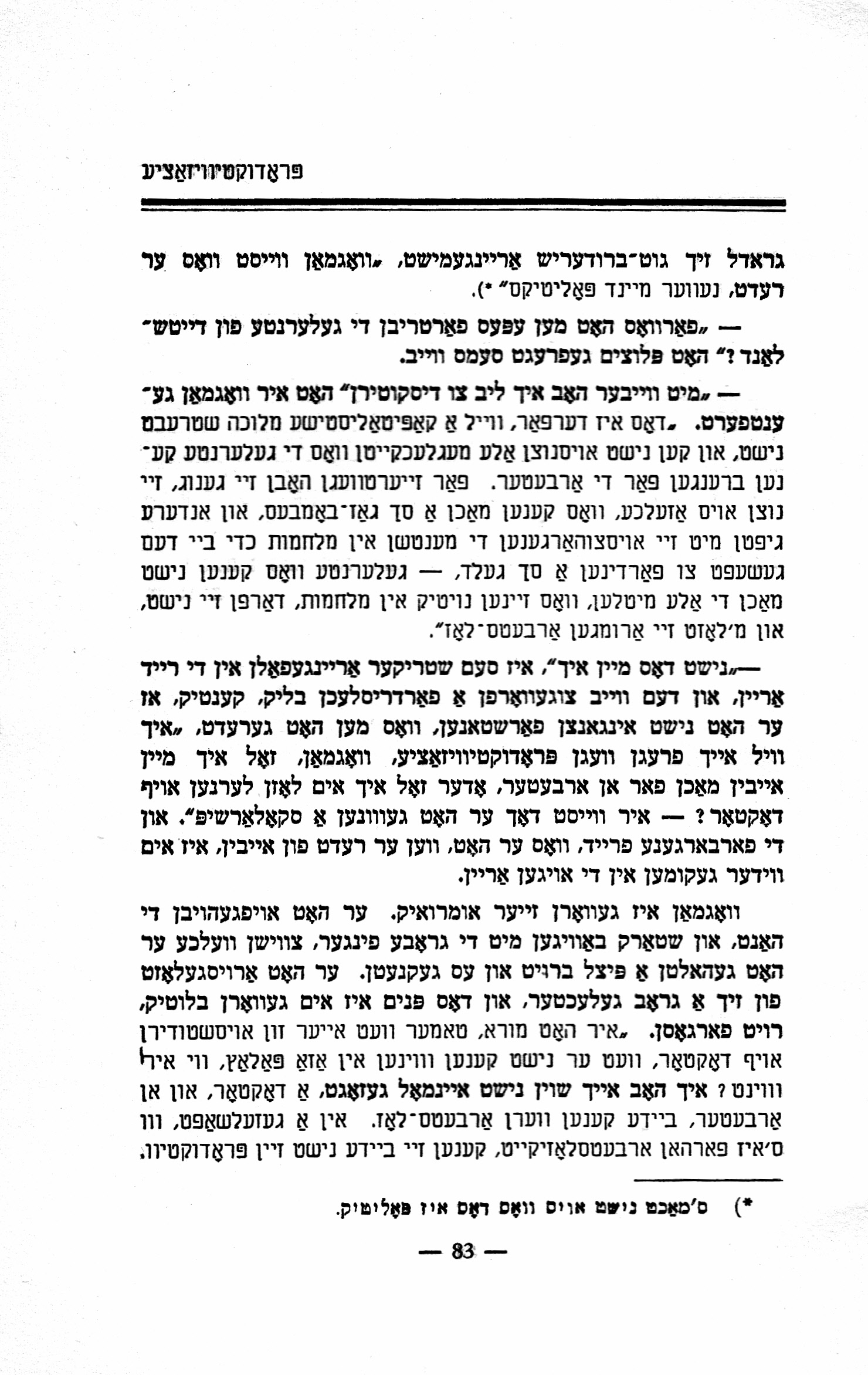